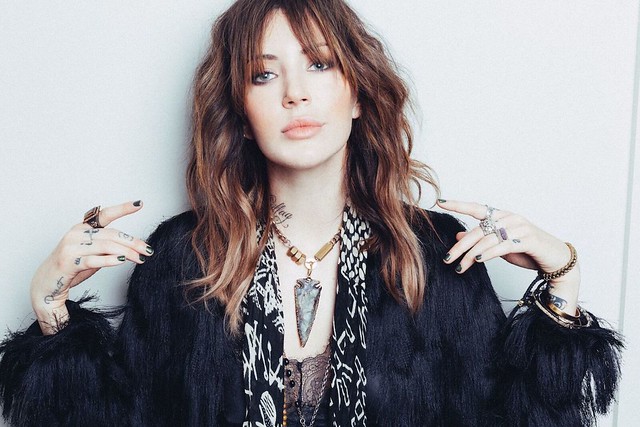 Los Angeles rockers Dorothy, a band that takes its name from vocalist Dorothy Martin, has a new album coming soon! Meanwhile, they contributed a new song to the Served Like a Girl soundtrack. Dorothy are coming around to perform all the songs at 9:30 Club on Sunday, Jan. 14.

Dorothy will perform new music along with songs from their 2016 debut album, ROCKISDEAD. Rolling Stone recently hailed “Down to the Bottom,” their latest song from Served Like a Girl, as the “perfect mix of blues thunder and alt-rock guitar crunch.”

Watch the official music video for “Down to the Bottom” by Dorothy on YouTube:

Dorothy have not yet announced and opener, but the band were seeking hometown bands from each city to open every show. So if you’re a DC band that would love to perform with Dorothy at 9:30 Club, you can check out an online form here.

“Touring sweeps you from city to city. Sometimes you don’t even get a chance to venture past a couple blocks of the venue you’re performing in. On this tour, we are doing something different. Instead of letting a band with marketing dollars and guaranteed ticket sales open for me, I thought it would be cool to let the local favorite band in each city have a shot,” said Dorothy, the vocalist.

“This tour is about taking the time to truly connect with the different communities to get a taste of what the local music scene is like. We want to be inspired. This could be a disaster or it could be complete magic. Who knows? WHO CARES?! It’s rock n’ roll.”