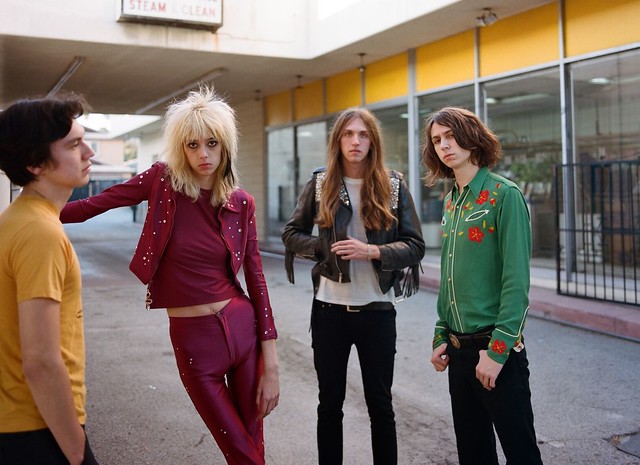 In 2015, vocalist Arrow de Wilde meet guitarist Henri Cash in high school and formed a band—Starcrawler! Weeks ago, Starcrawler released its self-titled debut album via Rough Trade Records. Now, they are coming to DC9 on their first headlining tour for a show on Feb. 17.

The rock ‘n roll quartet, also consisting of Austin Smith (drums) and Tim Franco (bass), received a helping hand from Ryan Adams (yes, that Ryan Adams), who produced their album in his Pax-Am Studio. Along the way, Starcrawler won praise from Ryan, Elton John, Dave Grohl, and Gerald Way, lead singer and co-founder of My Chemical Romance, who accurately hailed the band as “a mix of ‘70s theatricality and Stooges electricity.”

Watch the official music video for “I Love LA” by Starcrawler on YouTube:

As much as you can love their recorded output, Starcrawler by all accounts are a band best experienced live.

“Tales of de Wilde’s onstage antics could fill a dissertation, as this performance poises equitable only to the likes of Iggy and the Stooges onstage debauchery, the PJ Harvey Trio’s lightning god rock, and the sexually charged cabaret no wave of Lydia Lunch,” said Gigwise.