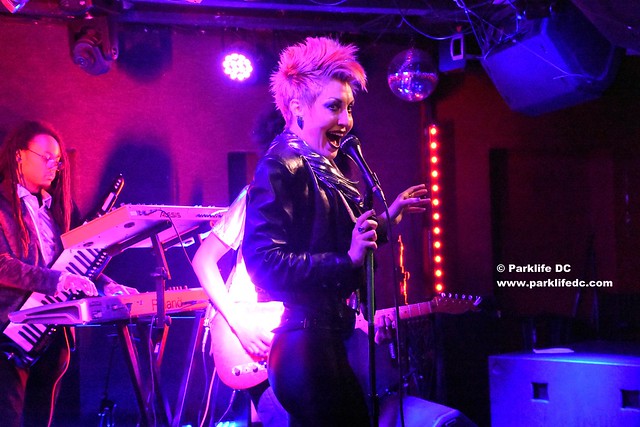 Vocalist Mundy Spears is a new wave revelation, packing a petite punch as frontwoman for a band bearing her name and backing the glam punk rocker with euphonious old-school funk.

Mundy was first up on a winning bill at DC9 on Saturday to open surf rockers High Waisted — and wow did she start the evening off right!

Early in the show, Mundy charmed with “To the Captain,” a song introduced as “a little space sea chanty.” The song opened peaceably with Mundy singing dreamily until the beat dropped after the first moment. Then, as if riding a solar wind, Mundy fired the song to the next level with soaring soulful cries. All the while, the crimson-haired pixie strutted and threw herself into the song with punk cabaret theatrics that made for as much a show as the terrific music.

Mundy’s emoting and dancing were particularly showcased in the band’s cover of the theme to “Reading Rainbow,” lifted from the long-running PBS series starring Levar Burton. Mundy turns the television earworm into a high-flying space jam, and more importantly everyone in the crowded room was grooving in place while beaming to the beat of the infectious version of the childhood classic.

In the latter half of the set, Mundy performed new song “Dehumanize,” which made great use of her powerful voice in Lene Lovich operatics and Cyndi Lauper wails. The new single was crazy good, packed with glam guitar riffs punctuated by atmospheric stillness. The bright bombshell next sang “Physical Fusion,” a playful song pondering the “science of love.”

Listen to the latest from Mundy on Soundcloud:

Mundy closed the show with a cover of Veruca Salt’s “Get Back,” which mostly gave her an excuse to dance on the floor with Jess Dye of High Waisted. It was truly the start of a party that would last all evening at DC9.

You’ll surely agree Mundy Spears is the Woman Who Fell to Earth — and how she evokes so much of David Bowie in her appealing mix of new wave, glam, and soul. Where have you been in the past year or so, Mundy? You’re a breath of fresh air in an often-stale indie rock environment! Hopefully, we’ll see more of you soon.

Here are some pictures of Mundy being awesome at DC9 on Saturday, March 3, 2018. 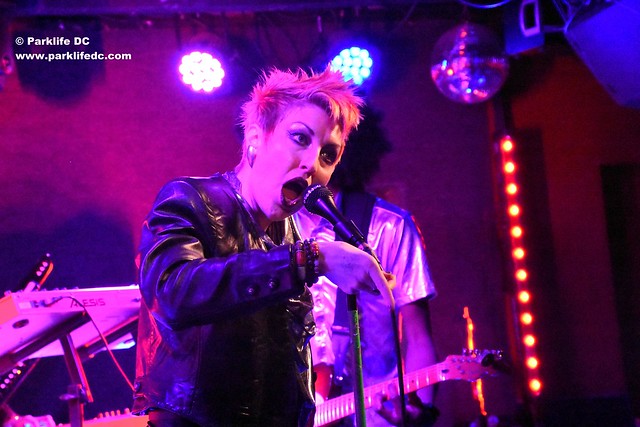 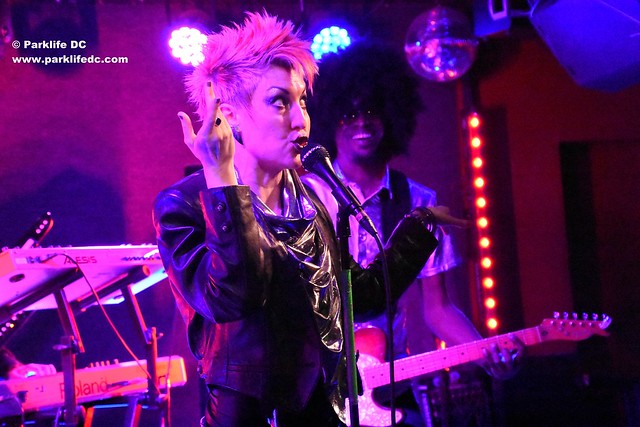 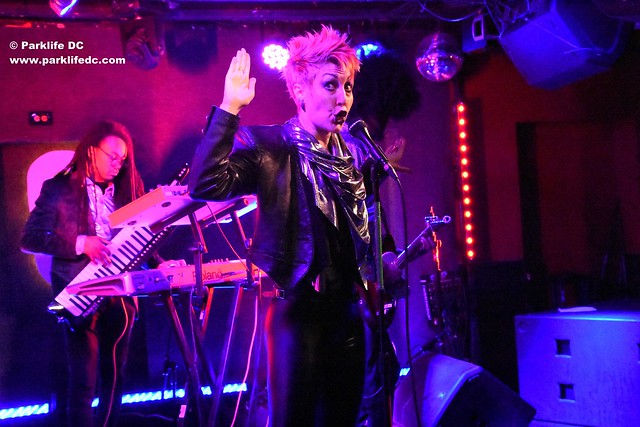 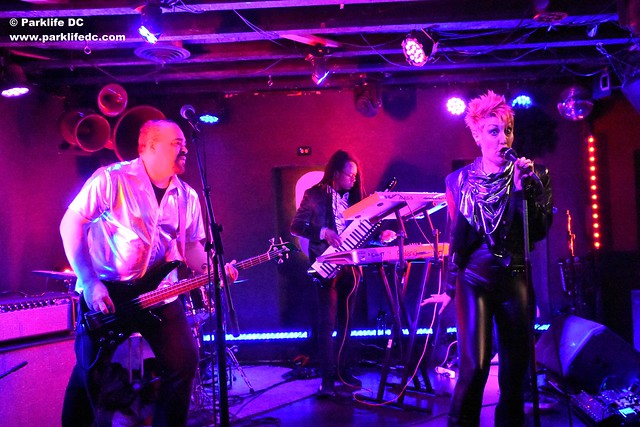 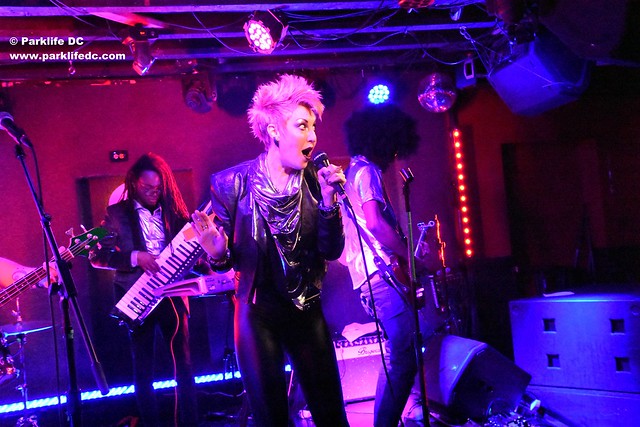 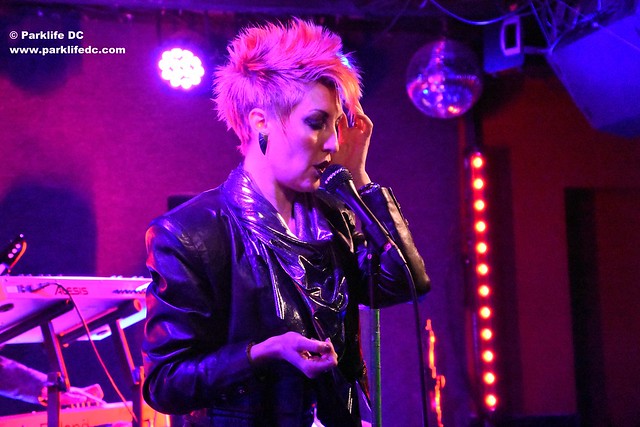 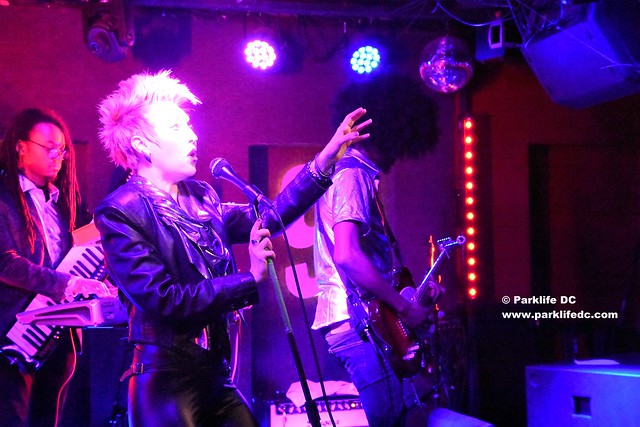 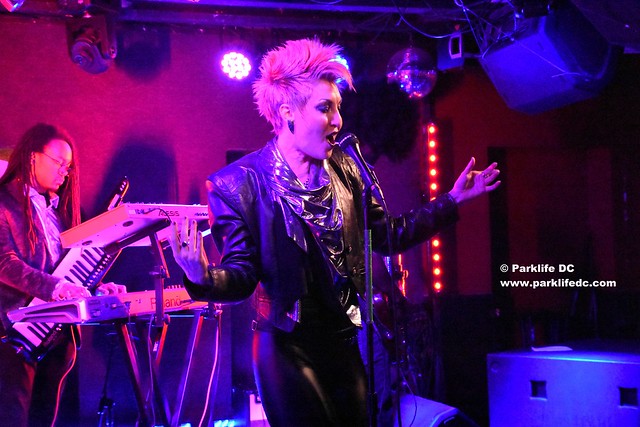 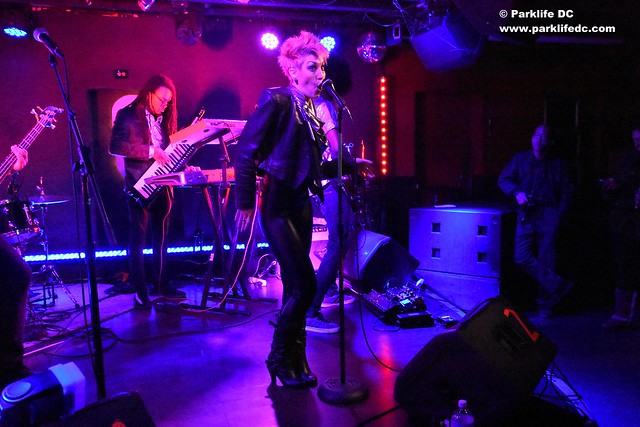 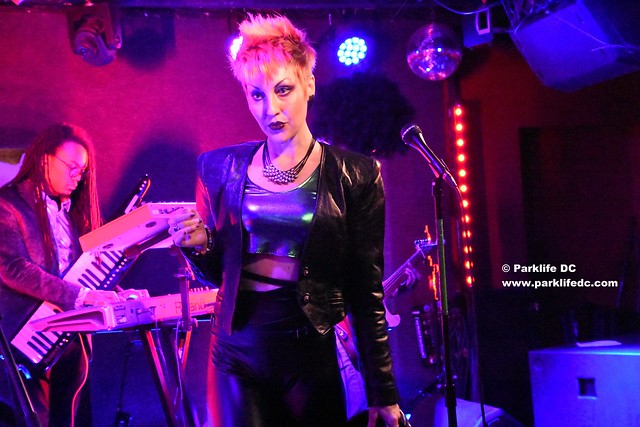 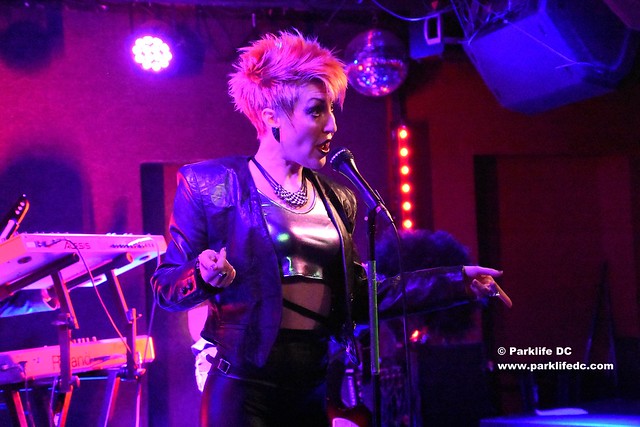