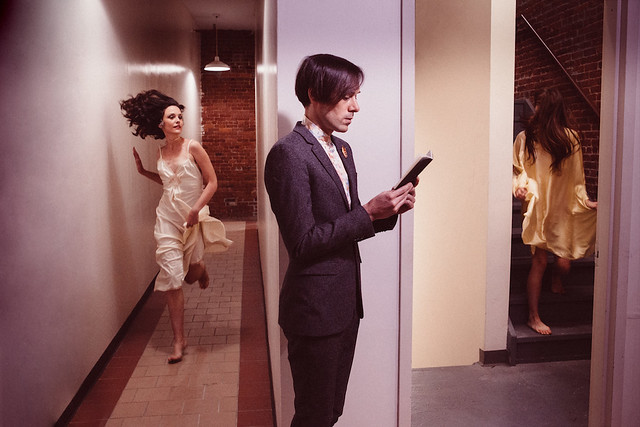 In a review for PopMatters, Chris Conation warns that the new album is quite experimental, but we think that Kevin likes it that way.

“White Is Relic / Irrealis Mood at least has the good sense to drape most of Barnes’ stranger ideas in a layer of danceable grooves, which keeps it pretty accessible. As far as the more experimental Of Montreal records go, this is near the top of the list,” said Chris for PopMatters.

Watch the official music video for “Plateau Phase/No Careerism No Corruption” by Of Montreal on YouTube:

Parklife DC is giving away a pair of tickets to see Of Montreal at 9:30 Club. To win, simply leave a comment on this blog. You can leave any comment, but we would like to know your favorite song by Of Montreal.