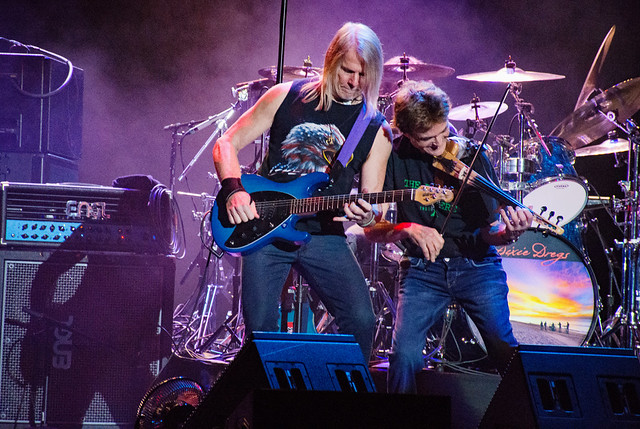 Steve Morse and Allen Sloan of the Dixie Dregs perform at the Lincoln Theater on March 7, 2018. (Photo by Mark Caicedo)

I’ve been a Dixie Dregs fan for as long as I can remember. I’ve still got their original LPs in my vinyl collection and have seen the band perform several times over the years. So, when I first read that the original line-up was reuniting for the Dawn of the Dregs Tour, I made sure that I would be at The Lincoln Theatre on Wednesday.

The concert was a musical event for which many fans had been waiting a long time — and nobody walked away disappointed. This performance had all the vitality, musicianship and on-stage chemistry as I’ve ever seen from this (or any) band.

The “Dregs” hit the stage promptly at 8pm, and the lights lit up each player individually. Andy West (bass), Steve Morse (guitars), Allen Sloan (violin), Steve Davidowski (keyboards), and Rod Morgenstein (drums) separately are virtuosos on their instruments, but together their music is so much more than the sum of its parts. The Dregs’ instrumental compositions demand that the music be complex enough to keep it interesting — but Dregs music has a unique accessibility because of the songs’ tight grooves and recognizable melodies.

A bit of history: Dixie Dregs started life in 1970 as Dixie Grit, a band in Augusta, Georgia, formed by Steve Morse and Andy West. Dixie Grit disbanded in 1971 when Steve enrolled at the University of Miami’s School of Music, where he and Andy continued performing as a duo, dubbing themselves Dixie Dregs (Dixie Grit’s dregs). After many personnel changes, and refining their musical chops and band identity, the Dixie Dregs in 1977 released a critically acclaimed debut, Free Fall, an all-instrumental album that drew from musical influences including classical, jazz, and Southern rock.

By 1982 and several albums later, declining record sales and a grueling tour schedule took its toll, with each member eventually leaving to pursue other projects. In the intervening years, there have been sporadic tours, live albums, and even a new studio release in 1994. But in 2017, Dixie Dregs fans everywhere rejoiced when Rod Morgenstein announced that the original lineup would again tour beginning in February 2018.

From the opening number, “Divided We Stand,” we knew it would be a tight, expert night of Dixie Dregs music. The concert zigged to numbers like “Free Fall” from that first album then zagged to later compositions like “Day 444” and “Go for Baroque” (which had never been performed live) from Unsung Heroes. I’ve got many Dixie Dregs favorites, and I was lucky enough to hear several performed this evening: the bluesy “Twiggs Approved,” the dreamy “What If,” and the lovely guitar-violin duet “Northern Lights.” The show ended on the energetic, rocking “Cruise Control,” which allowed the members to stretch out with their instruments in a call-and-response round robin.

It was thrilling — and a privilege — to hear and see these guys recapture the spirit and virtuosity they possessed in their younger days, and truly possess still. A few flubbed notes took nothing away from a wonderful performance, which recovered even from the terrible theft of Steve’s guitar during load-in.

Should this tour turn out to be only a one-off celebration of the Dixie Dregs contributions to American musical excellence, it still will burn brightly in the hearts of those fans who were lucky enough to attend these shows. The Dixie Dregs are currently touring the East coast with West Coast dates coming up in April. Find more information on the Dregs website at http://dixiedregs.com.

Here are some pictures of the Dixie Dregs performing at the Lincoln Theatre on March 7, 2018. All photos copyright and courtesy of Mark Caicedo. 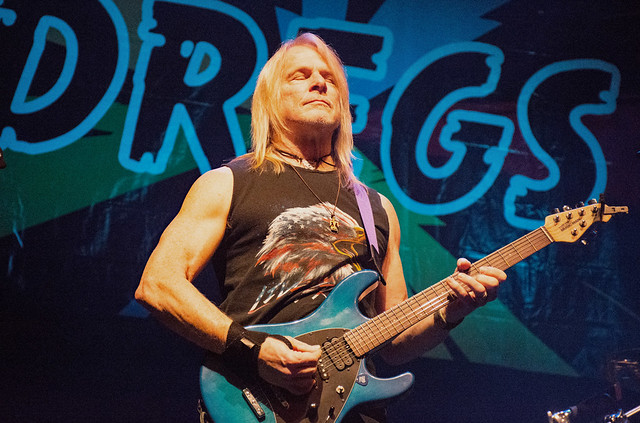 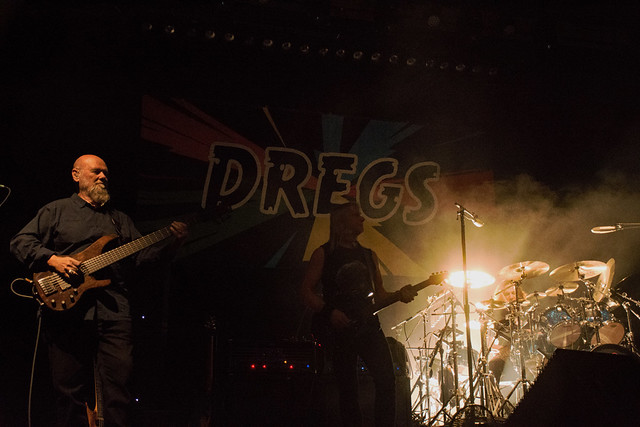 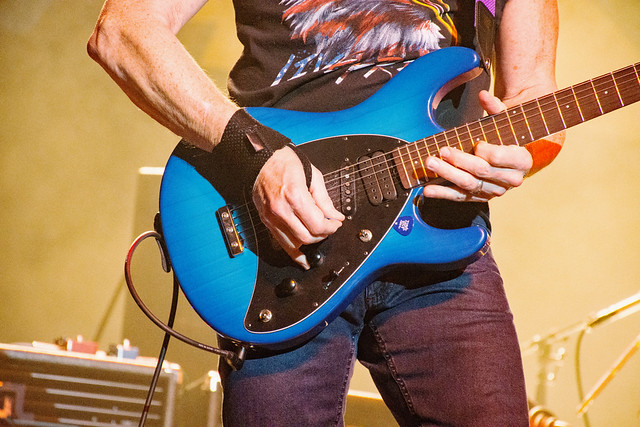 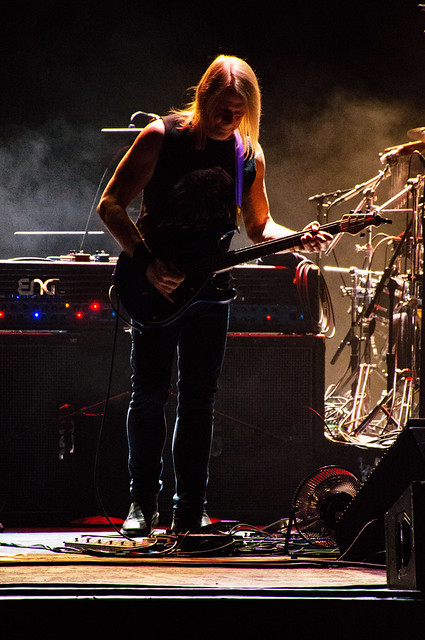 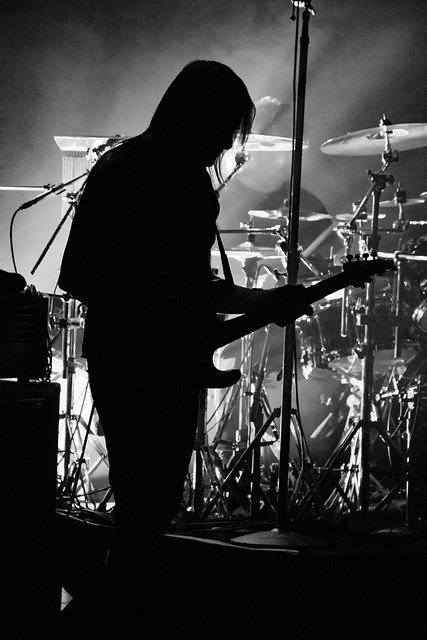 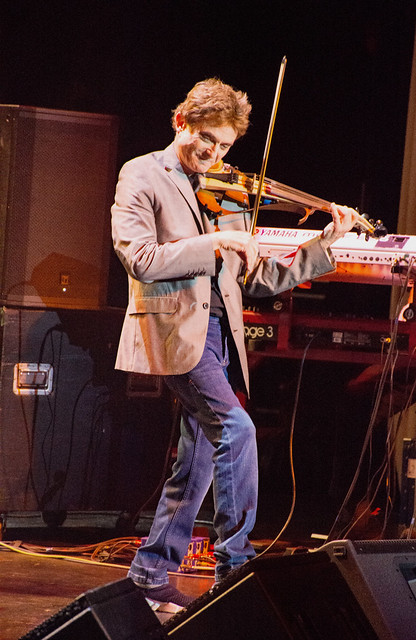 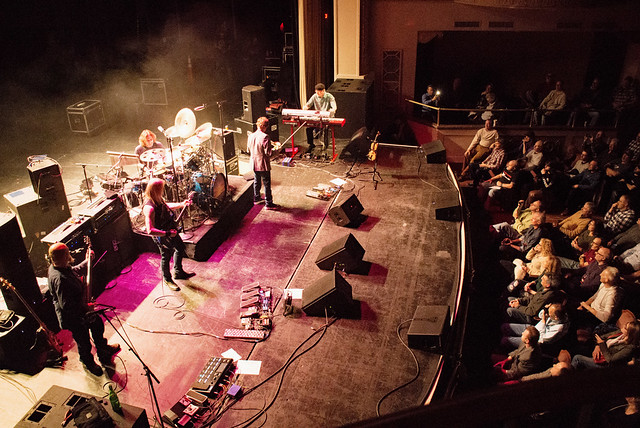 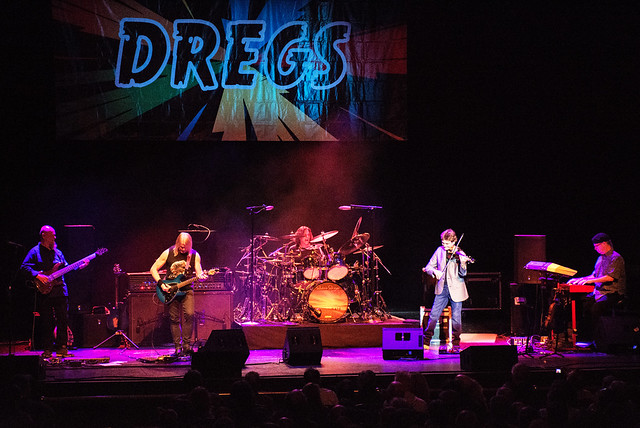 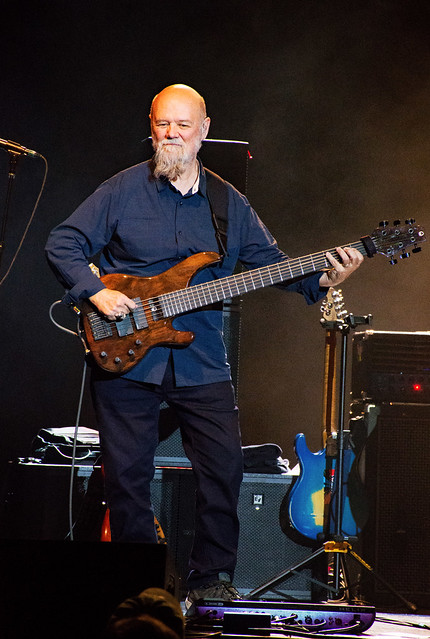 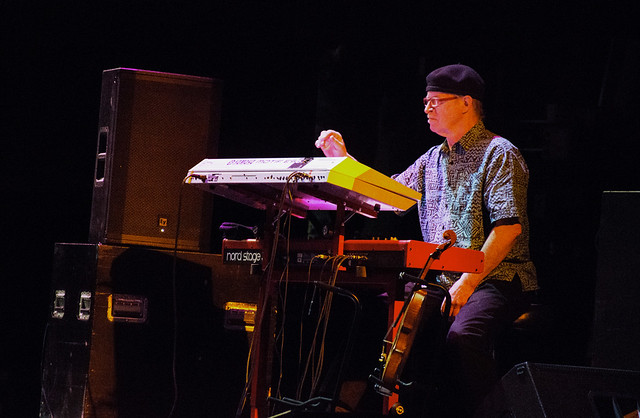 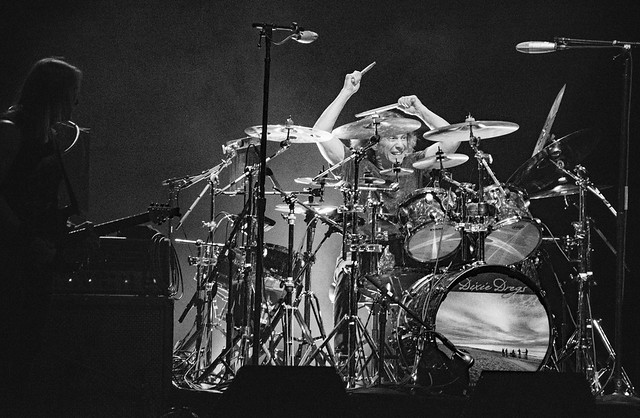 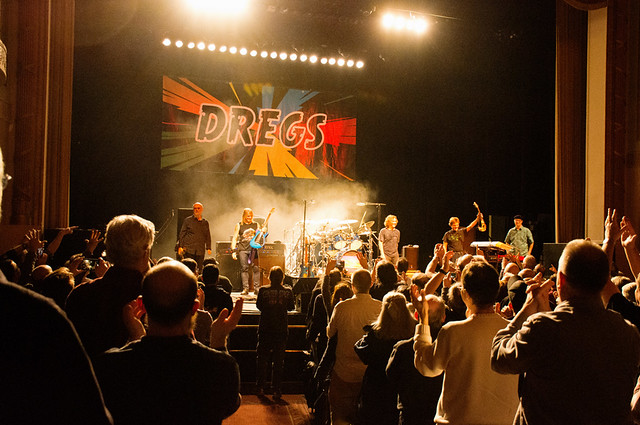