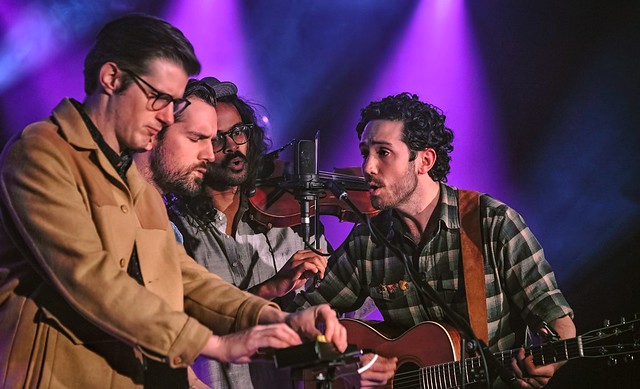 Darlingside captivates at the Union Stage on March 31, 2018. (Photo by David LaMason)

It’s a treat when two voices are so perfectly in sync with one another that you can’t tell where one starts and the next begins, but it’s a something else entirely to witness the four voices perfectly melded into a nearly indistinguishable line verse. Darlingside, the Boston-based quartet that has been been making music together since 2009, has honed the craft of harmony to perfection, as witnessed in a headlining show at Union Stage on Saturday.

Darlingside released their third full-length LP, Extralife this past February on the Nashville label Thirty Tigers. And it’s filled with beautiful songs that belie a sometimes dystopian tone. With songs that invoke imagery of time, space, and the future (or a future) it sometimes feels like a concept album, but each piece holds up on its own as well-crafted moments. There are also moments like on “Hold Your Head Up High” that buoys those sweeping harmonies with lines that are thoughtful offerings of hope: “Rise it up, it’s fine terrain / The time will come again / And misery’s no rest for weary gentlemen” and “See that humankind is you / Like all the rest, down to / The scratches on the album that you’re singing to.”

Although I understand their stage show has changed over the years, their current performance centers around one condenser microphone while Don Mitchell (guitar, banjo, vocals), Auyon Mukharji (mandolin, violin, vocals), Harris Paseltiner (guitar, cello, vocals), and David Senft (bass, kick drum, vocals) move closer or further away, depending on what the song in question calls for.

Watch the official music video of “Futures” by Darlingside on YouTube:

On Saturday night to a capacity crowd at the Union Stage, Darlingside performed several tunes from the new record as well as favorites from both Birds Say and the Whipoorwill EP.

After the first two songs, Harris mentioned that when they arrived he was “hangry” from being stuck in traffic — and when they arrived, they were met with the wonderful pizza parlor next to their green room before explaining that their next song, “Go Back,” was inspired by Back to the Future II. And then into one of my all time favorite songs, “White Horses” off of their second LP, Birds Say — a song that reminds me of an oft-compared band, Fleet Foxes.

On “Extralife,” Harris traded his guitar for a cello as the quartet played the opening title track from the new album. Afterwards, Auyon gave a hilarious account of their stage tech thanking the band for not getting blood all over him — apparently having just worked with a death metal band who used not only real pig’s blood but a real (and not so fresh) pig’s head. This led to an pretty spot-on description of the various genre (or subgenre) of death metal.

An amazing show and a beautiful experience (and even more so for a couple who got engaged while Auyon made the requested announcement). Darlingside wrapped up their East Coat tour with this stop in DC, but they resume April 16 in Nashville. Catch their tour schedule here.

The set list included:
Singularity
Eschaton
Go Back
White Horses
My Gal, My Guy
Extralife
The Ancestor
Harrison Ford
Whipoorwill
Hold Your Head Up High
Futures
Good For You
Best of the Best of Times
The God of Loss

Encore:
Orion
Blow the House Down

Here are some pictures of Darlingside performing at Union Stage on March 31, 2018. All photos copyright and courtesy of David LaMason. 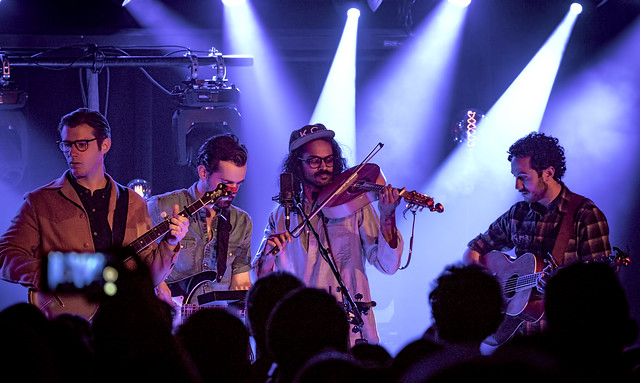 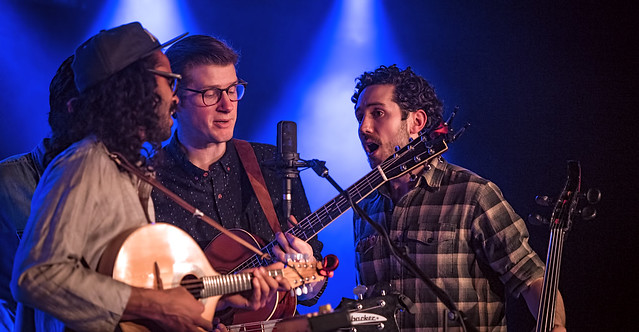 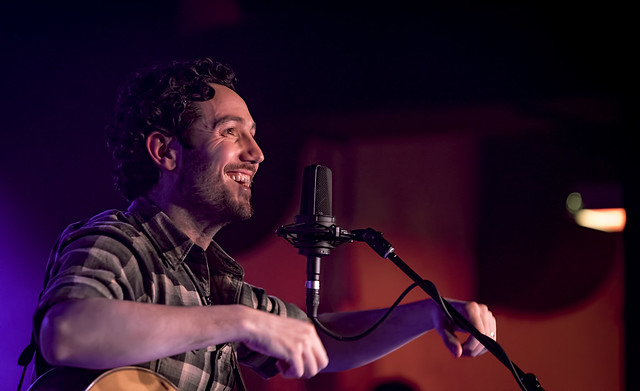 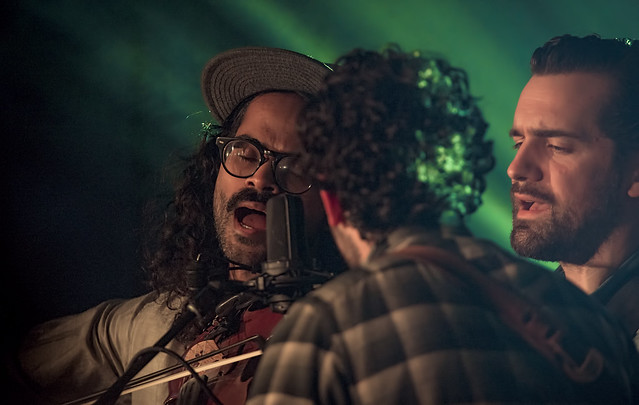 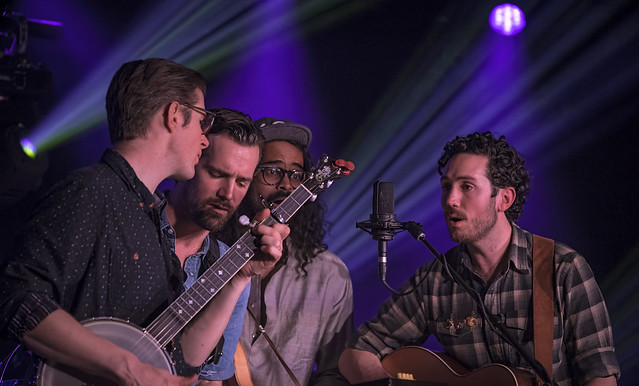 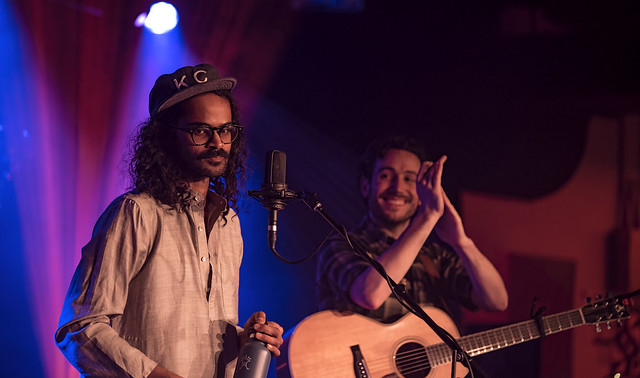 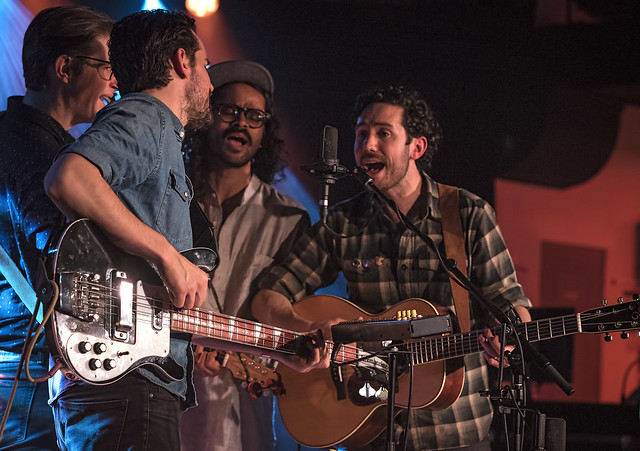 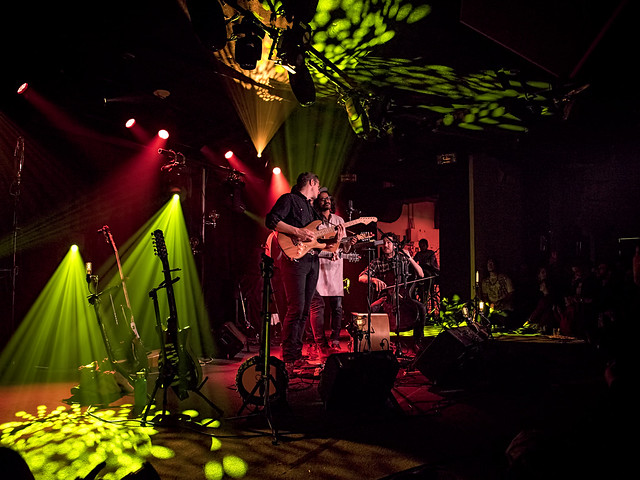 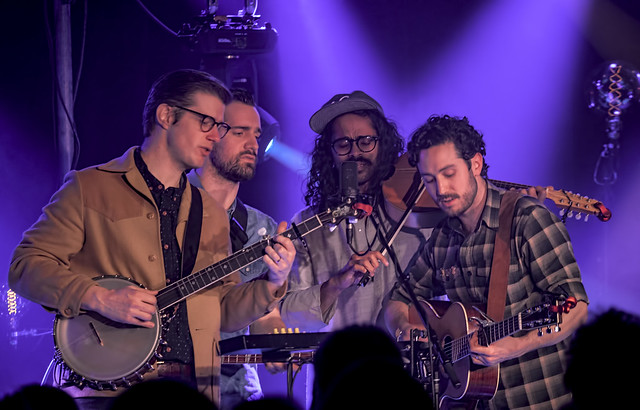 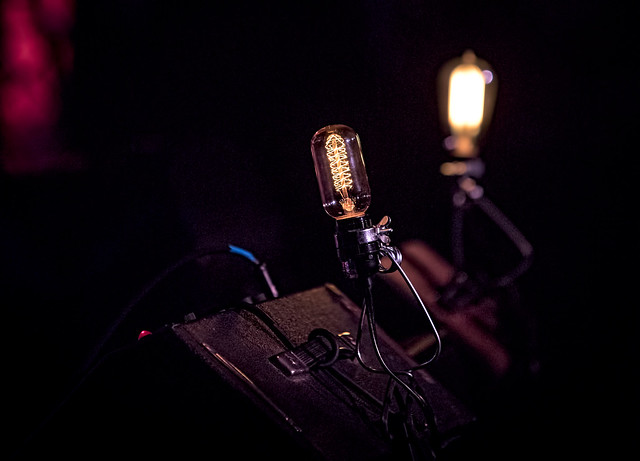 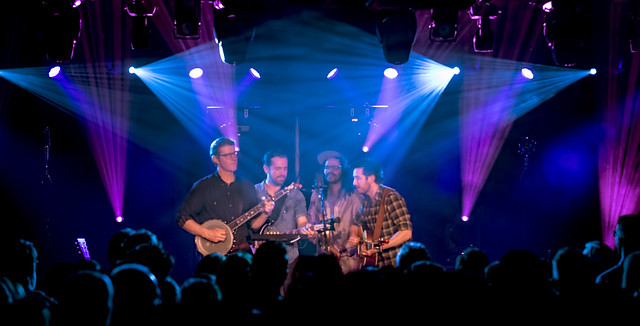 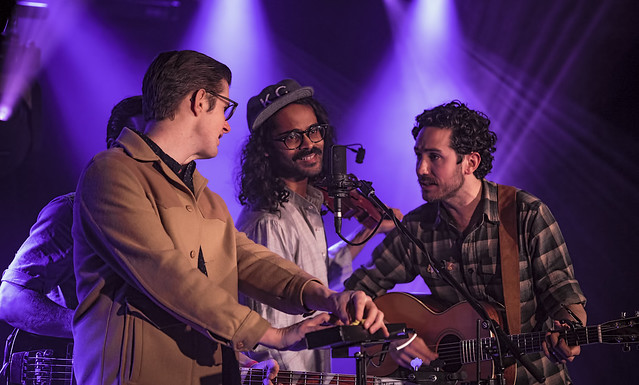 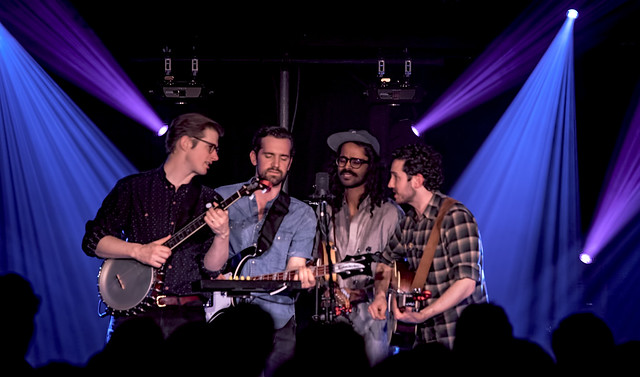 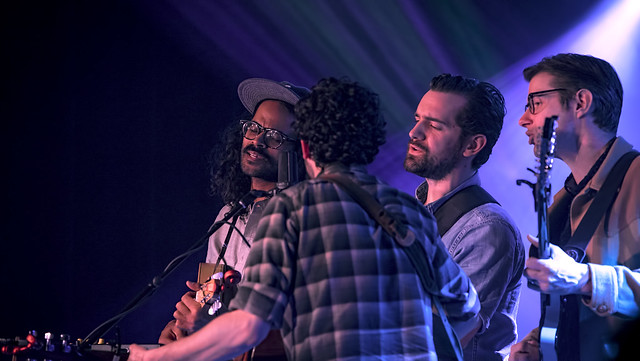 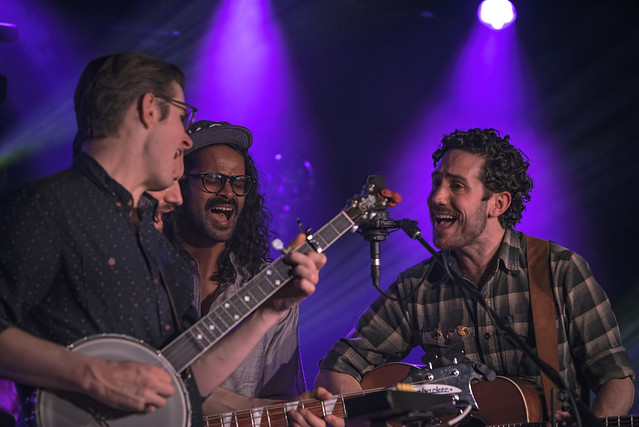