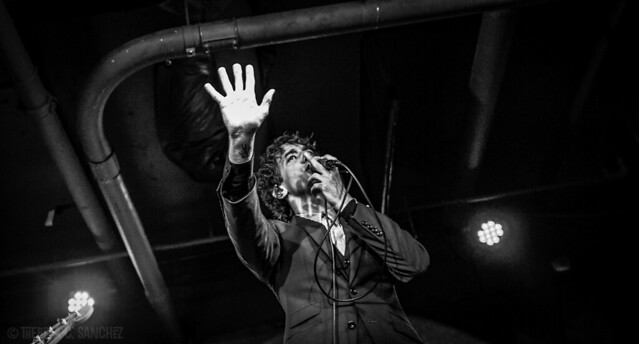 District ladies (and many a gentleman) know a thing or two about fashion and one fan in particular wasn’t shy about applauding the lead singer’s tailored, red three-piece ensemble. “Mr. Hammond — nice suit!”

Albert Hammond Jr. quickly responded: “In fact, it is!” The audience later learned, after witnessing the musician engage in nearly 40 minutes of  of onstage cardio in that recent performance at U Street Music Hall, “Wool does not sweat well.”

The 5’11” singer-songwriter, producer, actor, AND childhood rollerskating champion, doesn’t just wear smart outfits, he’s co-designed them too. In a June 2016 interview he stated: “You get dressed so that you can feel a certain way, so you can attract certain kind of attention.”

He’s definitely doing something right, because clearly all eyes were on him when he stepped out in front of a packed crowd on  March 27 at U Street Music Hall. Two more guitarists (one wearing one of the official merch shirts), a bassist, and drummer supported the singer on what he commented was “a funny little stage.” It was the 13th stop on his solo 24-city North American tour in support of his fourth solo studio album, Francis Trouble, released March 9 via Red Bull Records.

Fans who’ve seen him play live before might be familiar with the pre-recorded intro from the 1969 Doors’ track “The Soft Parade” that plays prior to the band taking stage. It’s been reported that Jim Morrison‘s bellowing declaration of “You cannot petition the Lord with prayer,” in the intro exemplified the late singer’s “struggle with how he wanted to present himself against what the audience wanted him to be.” One could argue that Albert has struggled with the same predicament at some point in his career.

Being a member of arguably one of the most influential indie rock bands of the 2000s — the Strokes — could potentially set a musician up for just as much failure as success. After researching quite a bit of this curly-haired multi-instrumentalist’s trajectory over the past 12 years, I can absolutely say it’s thankfully more of the latter. Since releasing his debut solo album Yours to Keep in the United States in 2007, he’s evolved quite a bit — not only as a musician but as a human being. He’s married, clean and sober, and extols the importance of healthy living and taking care of your body as you age (seriously, if he’s playing in your town, stake out the Whole Foods).

The improved relationship Albert had with himself and his band, has helped him become more open with others on a whole — most notably in the aforementioned new album. He tackles the seriously personal topic of losing what would have been his twin brother “Francis” in the womb prior to his birth. My editor expounded upon this in his show preview piece last month. Rolling Stone reported that the record is dedicated to his late psychotherapist Andrew Park, who helped him work through a lot of the darker areas of his life.

In an even further effort to move out of his comfort zone, Albert recruited the help of composers/songwriters Tyler Parkford and Jennifer Decilveo; a move he’s never done as a solo artist.  The near-perfect synergy of the terrestrial and other-worldly activity at play is evident on nearly every track of the impressive collection of 10 tracks. However, Albert’s the first to tell you — just like his biggest music idol David Bowie once said — don’t overthink the music. He doesn’t — even when he “fucked up” part of the lines from the high-energy “Rude Customer.” And with that, let’s jump back to the show.

Watch a montage of Albert Hammond Jr. performing at U Street Music Hall on March 27, 2018 on YouTube:

The 62-minute set was comprised of 15 songs, with an additional four-song encore. For the most part, Albert stayed pretty consistent with his tour’s previous show setlists. Albert played eight of the 10 newest tracks, and sprinkled in a handful from his debut album as well. Guys pumped their fists toward the ceiling and the stage, while girls made heart signs with their hands raised in the air as the gracious Albert thanked everyone after nearly each song.

It’s apparent Iggy Pop and Lou Reed have not only influenced Albert’s musical direction, but how he performs and commands the stage. From the pogo-type dancing, to jackknifes and mid-air toe touch jumps, and even the popular deep arched back bend, it’s clear the singer and guitarist is getting a full body workout at each show. He used the microphone and its attached cord like a gymnast does ribbon during a floor exercise. The animated calisthenics did not hinder Albert’s dedication to his attire. The suit jacket remained on until about song 11, “Tea for Two,” Track 5 off the new album.

There were a number of different highlights throughout the night. Albert added DC-specific lines to “Holiday.” The epic guitar solo at the end of “GfC” — the only track he played from his second album, ¿Cómo Te Llama? (2008) — elicited one of the loudest and longest claps of the night. It was almost as if the white 1985 reissue of a 1972 Japanese Fender Stratocaster had become another living, breathing member of the band. Albert added some playful extra lines like “Liar, liar, pants on fire!” to his rendition of the 1994 Guided by Voices song “Postal Blowfish.”

The previously mentioned suit jacket became an integral part of the sound delivery for his third encore song, “Rocky’s Late Night.” He held the jacket in front of his face as the song commenced, singing into the mic located within the folds of red wool, adding a muffled tone to the tune. He eventually draped the coat atop the microphone stand. The lighting’s blue glow dissolved into complete darkness, accentuating the overall mood of the new track.

He’s a showman who was there to entertain and he did so deliberately, with a genuine enjoyment I’ve missed lately from musicians.

As an added bonus, I was able to speak with (and hug) Albert after the show. Other excited (but patient) like-minded fans did the same, in an area downstage right, on the other side of strategically placed stanchion posts. He came out changed, in a long-sleeved red and white baseball T-shirt. A dark, silk chiffon scarf was wrapped around his neck and secured with a safety pin. As he held his cup of tea, he told me he had “lots” of favorite parts about being on the road, but if he had to narrow it down, this is what he found most important.

Albert: It’s fun to bond with the band. And the progression of your stage act and how it affects the next music you’re going to make is pretty exciting. I enjoy traveling. I don’t know, I weirdly like all of it — even the part that sucks.

And when the Strokes fangirl in me asked if he missed touring with them, he shook his head and said, “No. I mean we’re still a band. I have no control over that.”  He then posed for photos and signed my copy of the vinyl with “Albert Hammond Jr. is…” above Francis Trouble. After experiencing the pure electricity of this alter-ego inspired show, I have to say, I’m totally okay with his answer!

Albert has taken tonight off to celebrate his 38th birthday — Wikipedia has it wrong (btw, numbers play a significant role on Francis Trouble) — but he still has three shows on his docket East of the Atlantic Ocean. Tickets are still available for tomorrow night, April 10, at The Crocodile in Seattle, his April 11 show at The Biltmore in Vancouver, Canada, and his final stop on April 12 at the Doug Fir Lounge in Portland, Oregon. To stay up to date on all things AHJ, be sure to follow him on Facebook, Twitter, and Instagram. (If you’re interested in learning more about the goings on behind the scenes of the New York rock scene Albert was apart of, check out the best selling 2017 tome “Meet Me in the Bathroom” by Lizzy Goodman.)

Here are some pictures of Albert Hammond Jr. performing at U Street Music Hall on March 27, 2018. All photos copyright and courtesy of Theresa C. Sanchez. 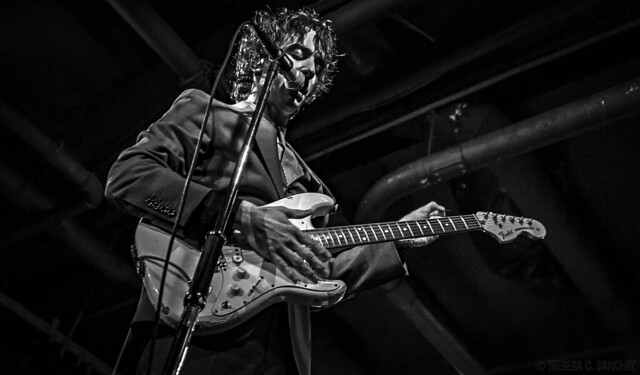 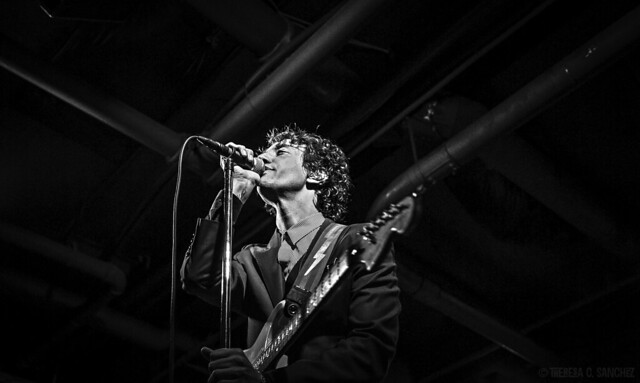 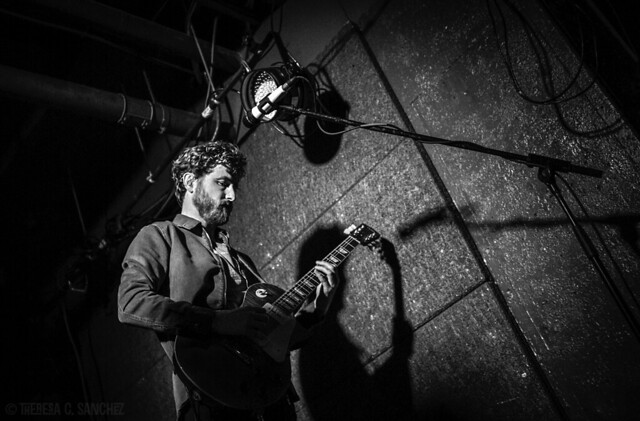 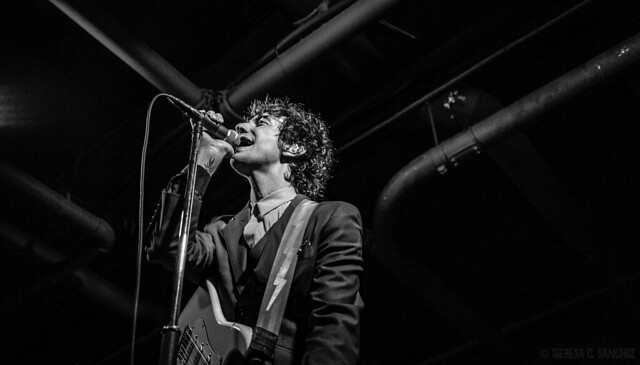 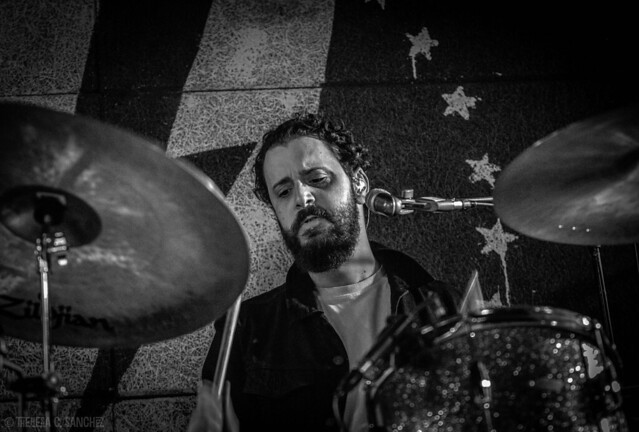 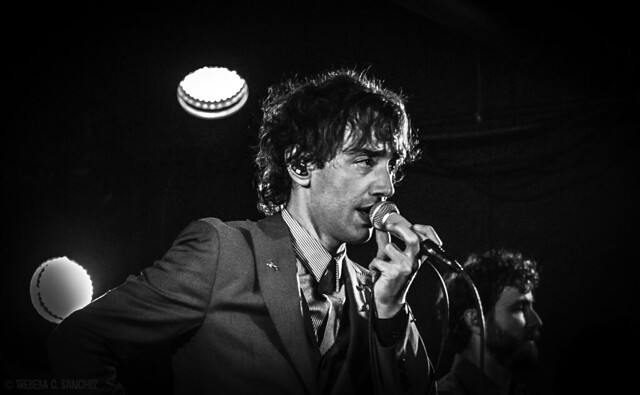 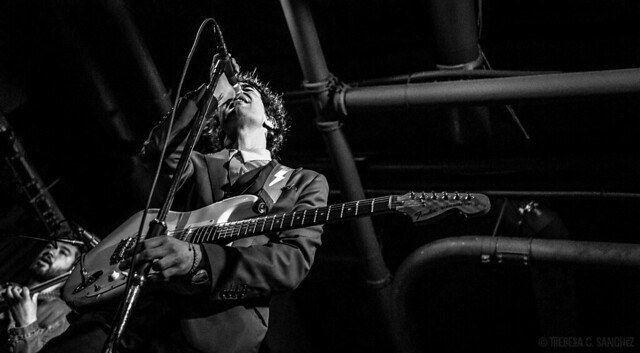 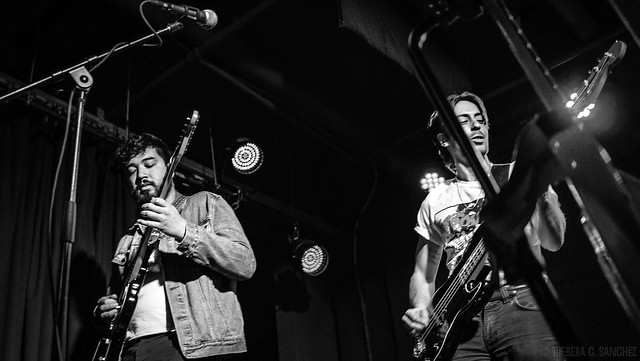 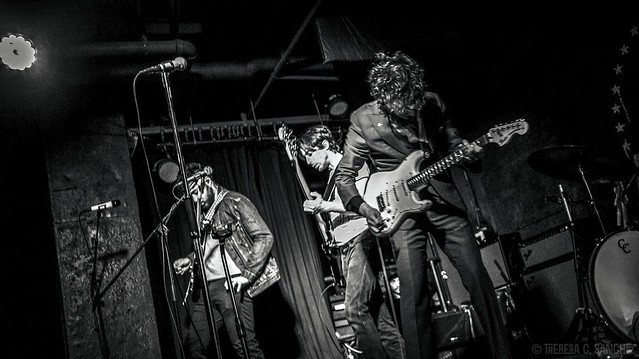 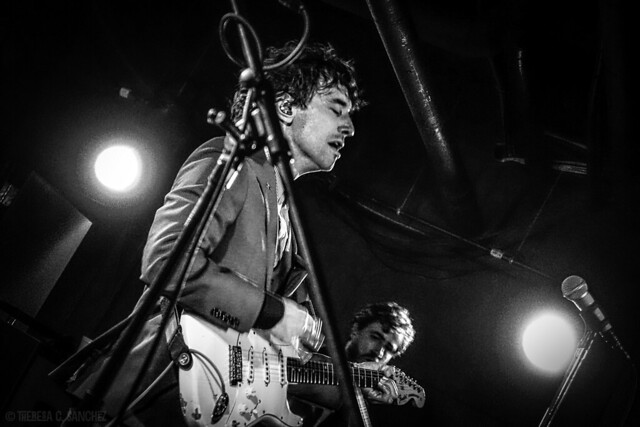