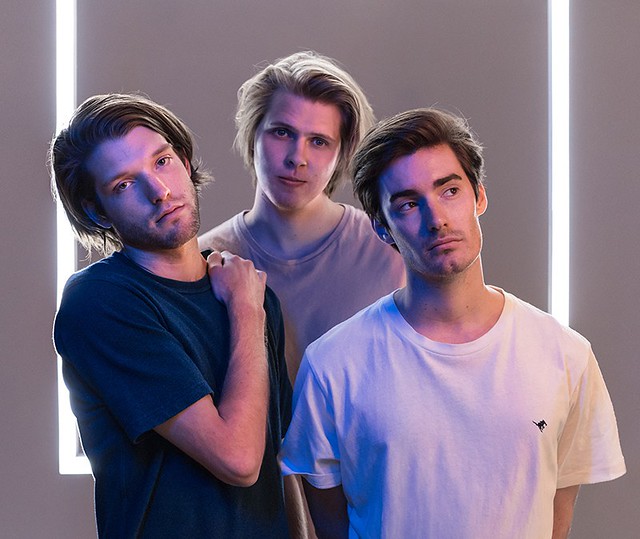 Sydney’s Mansionair returned recently with a single, “Astronaut (Something About Your Love).” The trio perform it and other songs at Union Stage on Friday, April 13 for SiriusXM Presents Alt Nation’s Advanced Placement Tour with Mikky Ekko and NoMBe.

The new song starts with a suite of otherworldly harmonics, “We shoved a microphone deep inside a piano and recorded all the atmospheric noises that came out,” guitarist Lachlan Bostock said. “Like what I imagined an astronaut felt as if he was looking back at Earth.”

Singer Jack Froggatt said of the lyrics, “I love that stream-of-conscious style of songwriting. As though you’re sitting in the back of a party on a couch and you’re just in your own head, overthinking everything.”

Watch Mansionair perform “Astronaut (Something About Your Love)” live on YouTube:

In 2014, Jack accepted an invitation by Lachlan and drummer Alex Nicholls to record “Hold Me Down,” matching his powerful falsetto to their ambient synthpop. The song took off, and the three formed Mansionair. Signed to Glassnote Records, Mansionair went on to open for Chvrches in the United States and Europe.

In 2016, Mansionair released “Easier,” which broke 12 million streams, and then collaborated with Odesza on “Line of Sight,” another hit.