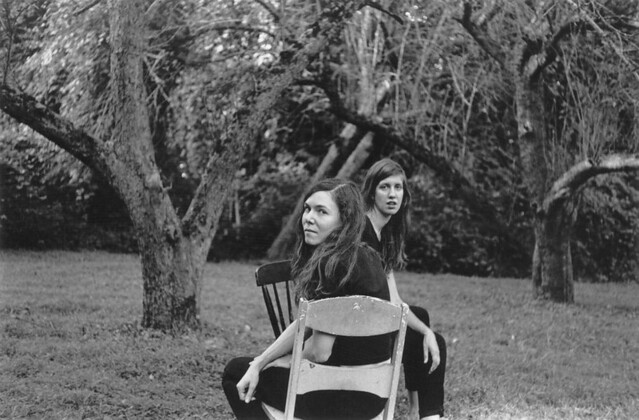 Folk duo Anna & Elizabeth released The Invisible Comes to Us via Smithsonian Folkways on March 30, and the two are on tour with a stop at Pearl Street Warehouse on Sunday, April 15.

The new record reconfigures ancient folk ballads in the style of Appalachian music in which Anna & Elizabeth experiment. Hailing from rural Virginia, Elizabeth LaPrelle honed her ballad singing as a student of Ginny Hawker and Sheila Kay Adams. After spending time in Baltimore’s underground arts scene, Anna Roberts-Gevalt moved to Brooklyn, where she continued to perform on banjo, fiddle, and other instruments.

Anna & Elizabeth formed their duo after artist residencies at MacDowell Colony and the Virginia Center for Creative Arts.

Listen to The Invisible Comes to Us by Anna & Elizabeth on Bandcamp:

Of the record, Anna & Elizabeth said, “These are songs we first heard in small archives in our home states, Vermont and Virginia. Recordings made in living rooms and kitchens, of songs learned in childhood. The characters, and the landscapes they occupied, grew rich in our minds. This record grew out of the desire to show you the world we saw in these songs.”