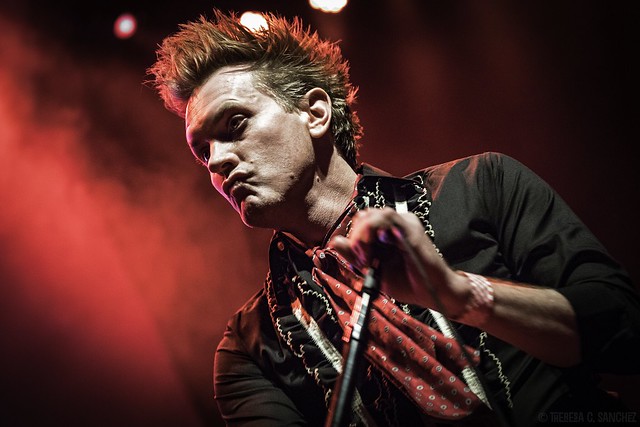 Let’s take an opportunity to revisit one of the more ridiculous nights of rock and roll to take place in the DC Metro area so far this year, featuring local comic band Dingleberry Dynasty!

Flashback to Friday, March 30, at The Fillmore Silver Spring. The venue’s giant marquee alternated the names Steel Panther and Dingleberry Dynasty in bright red and yellow prominently above the entrance. The 45-degree temperature did little to deter diehard fans from sporting their campiest of costumes. Many revelers arrived early to check out the opening band, which is something lead singer Chris Kamsch attributed to the buzz created by our blog’s exclusive Q & A posted earlier that afternoon. All pre-show Internet activity was not favorable, however; which brings us to the advice portion of this review and one of the major highlights of their 45-minute, 12-song set.

Sanchez Concert ProTip #127: Don’t diss the supporting act online (especially on social media sites like Facebook) on the day of their big concert. Don’t do it on their page, the headliner’s page, or the venue‘s page. But if you really feel compelled to throw shade, avoid the official event listing page at all costs. Seems like a no-brainer, especially given how small the band’s digital presence happens to be and the likelihood that they would check out anything posted about them. Well, Frank Marinucci, a.k.a., “The Nooch,” didn’t quite get the memo.

What does a disparaged, self-aware band known for their laughable onstage antics and celebrity musical roasts do when Doodie Calls? The comic rock sextet (“Joy Juice” was in town for the event) rose to the occasion like the yeast used to ferment the beer many of the patrons imbibed throughout the night.

The public payback came after a couple of noteworthy performances: the interactive audience toothbrushing bit “P.S.A.” and then the introduction of a new song they’ve only played live once, called “The Ballad of Gary Busey.” The four-minute tune with a 1960s splatter platter, surfer rock vibe lampooned the post-accident antics of the Academy Award-nominated actor with lines like: “He has the power of 10 men, with normal jobs, confirmed by doctors and his surgeons.” The audience responded with hoots, hollers, and applause. They really seemed to take note of the group’s two recommendations: brush your teeth and wear a helmet.

Unfortunately, no amount of protective headgear could protect what was coming for the aforementioned online commenter. Here’s how the epic public shaming transpired.

Mudshark (guitarist): “Hey, have any of you guys been looking at Facebook lately?”

Buttercup (bassist): “I’ve been on it a couple of times in the past month.”

Chris (lead vocals): [sighs and points to the soundboard in the back of the room] “Ugh. Kevin, help us out here.”

A gigantic cellphone screenshot of the previously linked Facebook comment thread was projected onto the screen at the back of the stage behind the band. The last names of each person within the exchange were redacted, but surname seekers can easily locate the original post since it’s still public.

Chris: “Okay, so we went on our Facebook. We were really excited about being at The Fillmore. We love Steel Panther as much as you guys do.”

Buttercup: “We wanted to see everybody.”

Chris: “And we were really excited and The Fillmore was like, ‘Hey, buy tickets!’ And my drummer [Dr. Tingle] was like, ‘Hey dude, check out this’.” The next slide in the PowerPoint-type presentation zeros in on two specific comments from the larger thread. Chris reads Frank’s comment: “I’m going. Skipping the openers though. They sound awful’.” [Crowd laughs hysterically].

Mudshark: “Who the fuck would do that?”

Chris: [Extended his open hand towards the screen] “The guy who would do it is— Frank! He calls himself ‘The Nooch.’” [Which must be a humorous abbreviation of his last name].

A picture of a middle-aged, bald man with a salt and pepper goatee pops up. A white bar with his nickname created with Metallica‘s official font generator appears on a white bar covering his eyes, further preserving his anonymity (for the time being).

Chris: “I’m like, you know what? Word is, ‘The Nooch’ is actually here.” The band then played an audio recording of a phone call resembling a Crank Yankers sketch to give the audience an idea of how they thought the conversation with Frank might have gone down. After the mock interaction abruptly ended, Chris declared: “Well I guess we’ll never know. But we all will, because he’s here. Hey Nooch, let me buy you a beer after the show because I think you rock!”

The spotlight’s focus shifted to the back center of the audience and “The Nooch” was finally lit for all to see.  It definitely helped that people were also pointing him out in unified derision.

Chris: “He said we’re number one!” [Joking as he showed off his middle finger to the crowd].

The taunting didn’t end there, but there’s not much else worth sharing. You get the point. Don’t troll trolls with microphones who have been in the business of “poop punk” and potty humor for at least two decades. Truth be told, the group had never done something live this before. The unprecedented move positively ingratiated the band with the audience and from that point on, everyone took notice. Not all heroes where capes. Sometimes they can be found wearing black ruffled tops adorned with wispy scarves or 15-year-old phallic costumes in such shabby shape they had to set up a GoFundMe page to raise money for a new one (it’s since been removed).

While it’s the second time the band has played The Fillmore within the past year, it’s the first time they felt an overwhelming sense that the audience really understood what they were trying to accomplish with their performance.

“That was the best time. It was crazy to hear all the laughter when a joke dropped,” said Chris. “It was one of our favorite shows we have ever performed. Steel Panther was so cool to us. Their fans were our kind of people. We had an absolute blast.”

The band’s newest album Does Fecal Matter is out now.

Here are some pictures of Dingleberry Dynasty performing at The Fillmore Silver Spring on March 30, 2018. All photos copyright and courtesy of Theresa Sanchez. (Check out also her photos of headliner Steel Panther!) 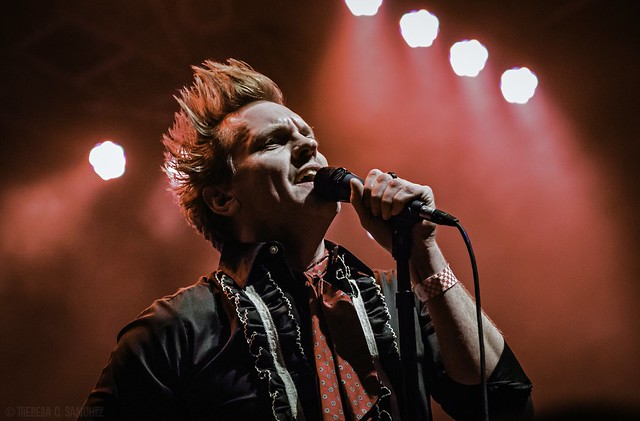 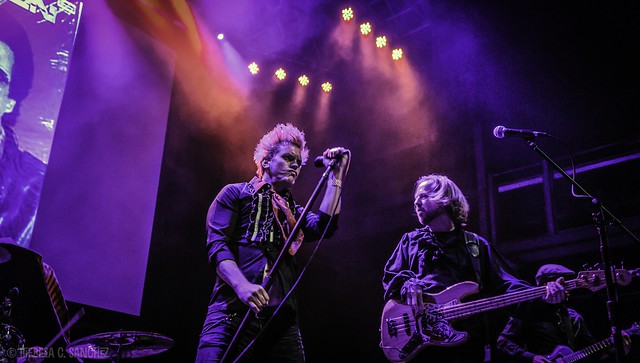 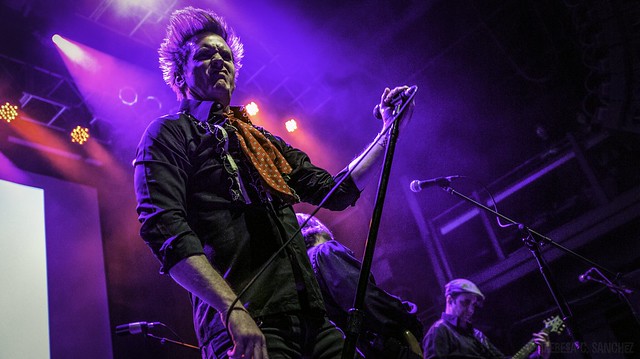 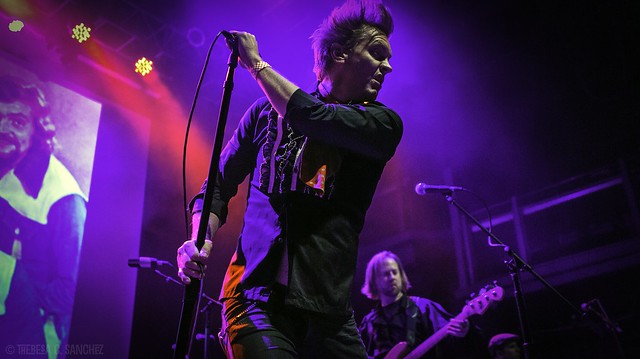 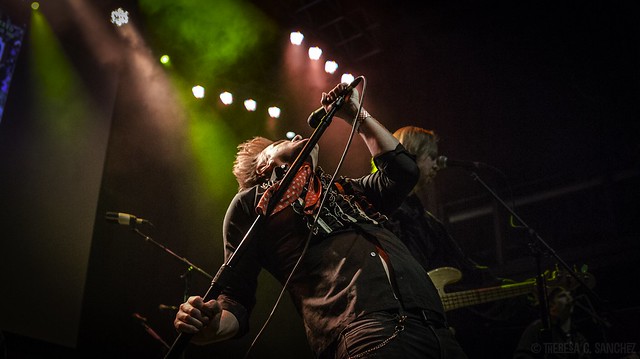 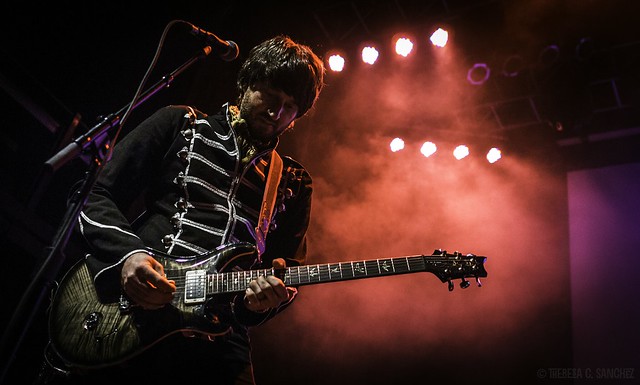 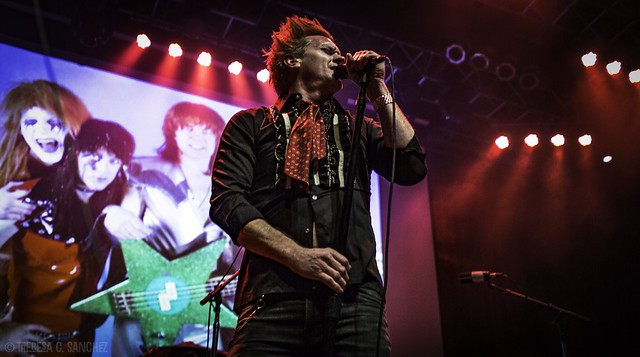 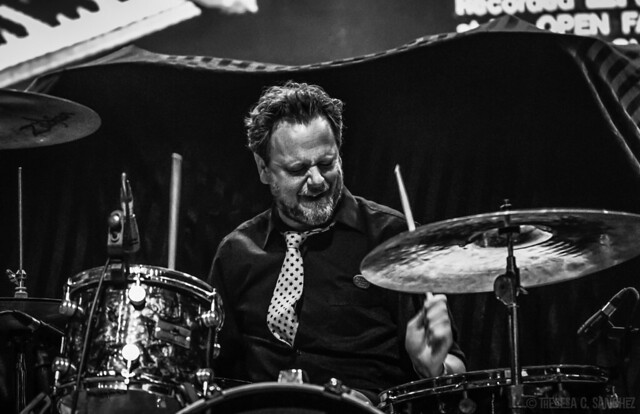 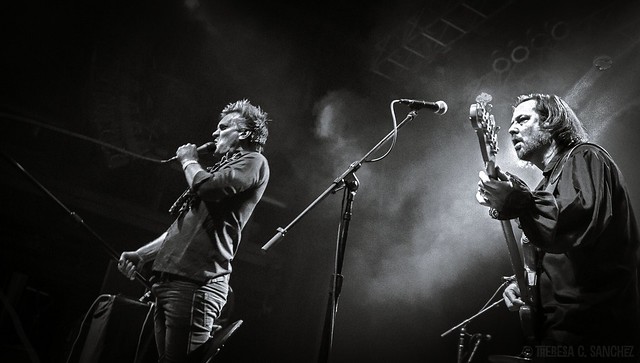 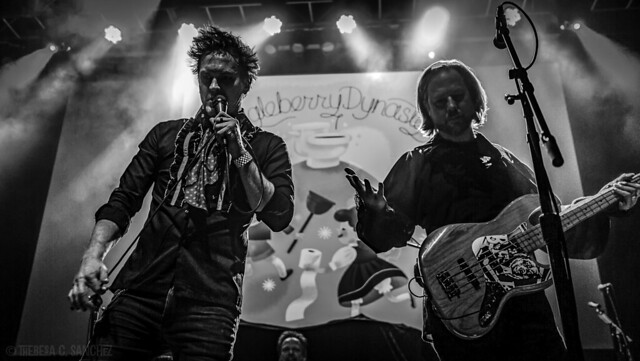 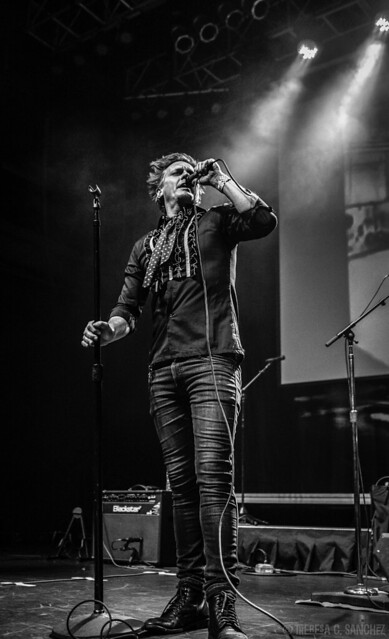 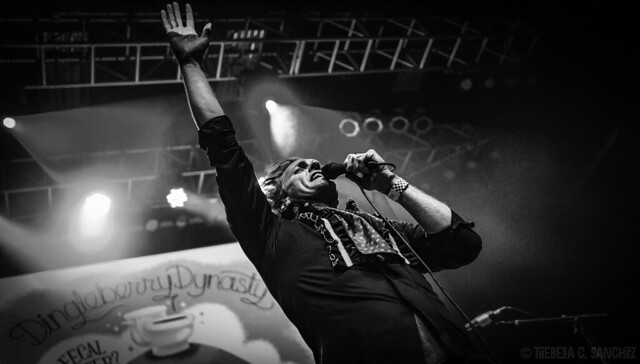