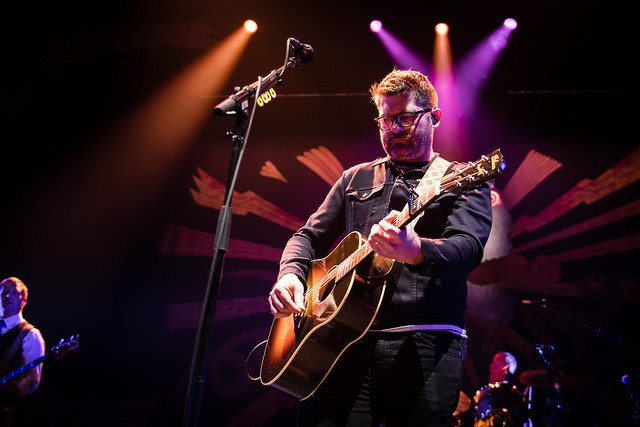 Colin Meloy fronts The Decemberists at The Anthem on April 21, 2018. (Photo by Ari Strauss)

Fun was the word of the day as The Decemberists delivered it to a packed house at The Anthem with a Saturday stop on their Your Girl/Your Ghost World Tour. Playing songs old and new, the indie rock mainstays treated the crowd to an evening of their quirky charms, complete with obscure historical references, audience participation, and a giant floating whale.

The Decemberists opened with “Once In My Life,” from their new album, I’ll Be Your Girl (out now on Capitol Records). The band — consisting of Colin Meloy (lead vocals, guitar), Chris Funk (guitar), Jenny Coulee (keyboards), Nate Query (bass), and John Moen (drums) — included several of their new songs in their set. They followed “Once In my Life” with “Your Ghost” and “Sucker’s Prayer.” Later, they played “Cutting Stone,” “Severed,” “Starwatcher,” “We All Die Young,” “Everything Is Awful,” “Rusalka Rusalka/Wild Rushes,” and “I’ll Be Your Girl.”

Frontman Colin invited the audience to sing along on the title phrase during “We All Die Young,” and the crowd joyfully obliged. Jenny wore a fantastic two-tone cape — black on the outside, white on the inside, and the band was accompanied by two female background vocalists.

The evening was full of historical references, from the Northern Irish troubles (“Shankill Butchers”) to the American Civil War (“Yankee Bayonet”) to the American founding era (“Ben Franklin’s Song.”) “Ben Franklin’s Song,” Colin explained, was actually written by Lin-Manual Miranda for Hamilton, but he had to cut it from the show, so Lin-Manuel gave the song to The Decemberists, who composed the music. Before playing the song, Colin snidely warned parents that while their children may have heard about various murders and drownings, they had not yet been exposed to an expletive, and they were about to hear a lot of them. On the other hand, he promised parents that if they let their children listen to the song, they would learn a lot of history.

A moment of unintentional comedy during “O Valencia!” as Colin took his mic from the stand, making his way across the stage and beginning to sing the “Dracula’s Daughter” verse. Colin appeared to become tangled in the wire and briefly flail as he freed himself, missing several lines about the difficulty of having Dracula for a father.

To finish out their main set, The Decemberists played fan-favorite “Sons & Daughters.” Colin asked the audience to help the band send a message “to Congress, to the White House, to Supreme Court,” joining them on the refrain of song: “Let all the bombs fade away.” It was a well-received sentiment on a night full of positive energy.

For their first encore, the Decemberists played “Ben Franklin’s Song,” bookended by two of their new songs, “Rusalka Rusalka” and “I’ll Be Your Girl.” They saved the biggest surprise of the evening for their second encore. The band played “The Mariner’s Revenge Song,” and the audience was cued to scream at the point in the song when the mariner is swallowed by the whale. The big surprise was not that there a second encore; while the Decemberists played, a stagehand brought out a giant gray whale float and let it out on a string over the crowd to their delight!

The Decemberists delivered a great show and sent their fans home happy. Whale floats and audience participation may not be for everyone, and that’s fine, but if they’re for you, The Decemberists put on a really, really fun show.

Here are some pictures of The Decemberists performing at The Anthem on April 21, 2018. All photos copyright and courtesy of Ari Strauss. 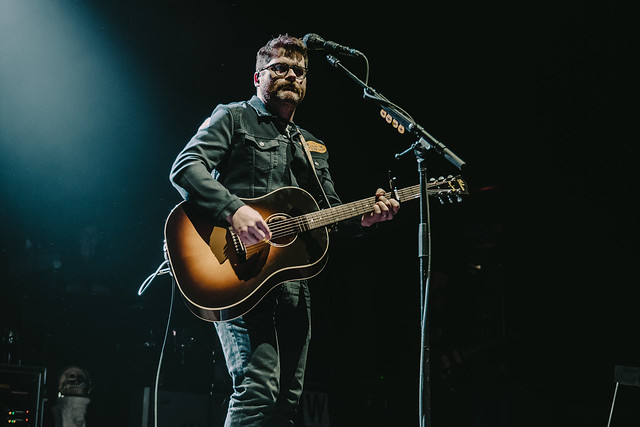 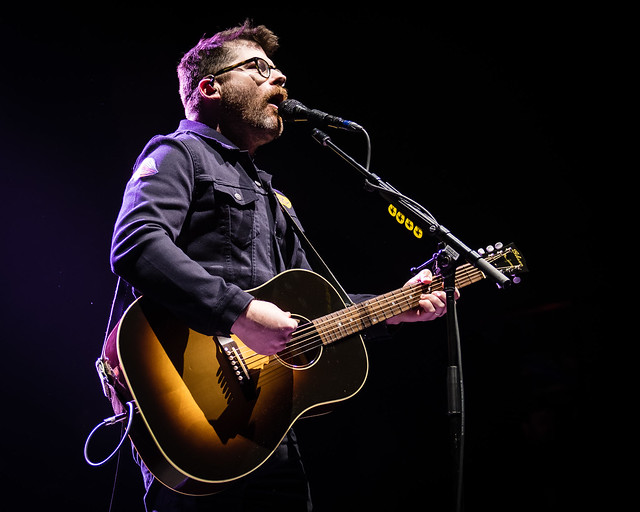 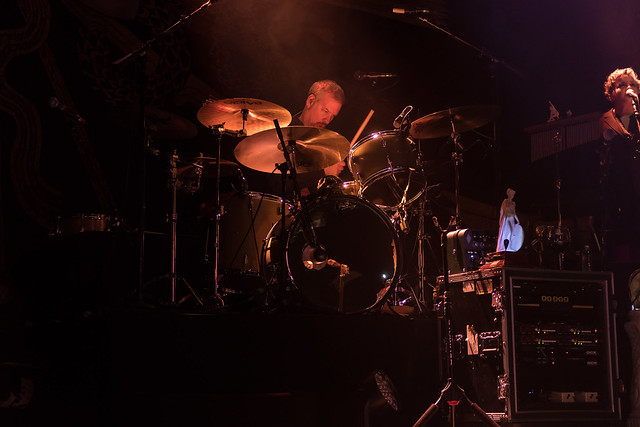 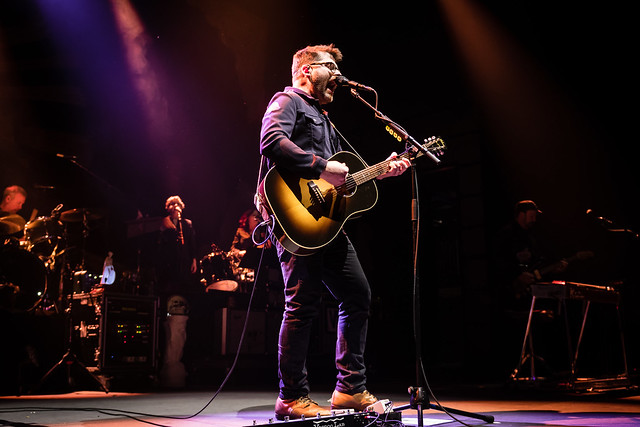 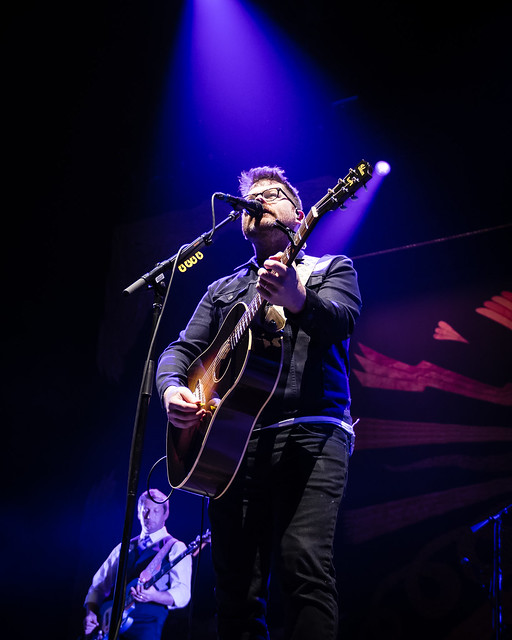 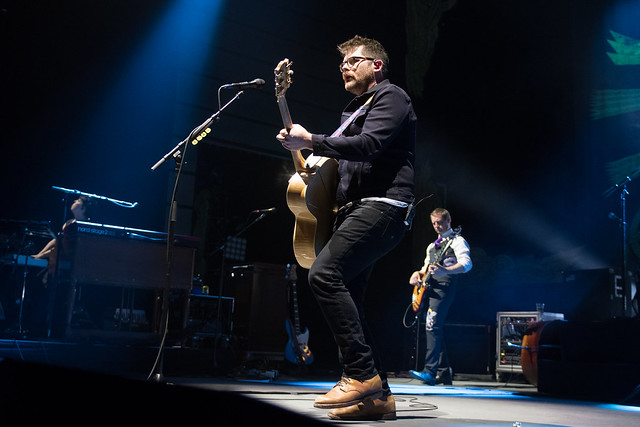 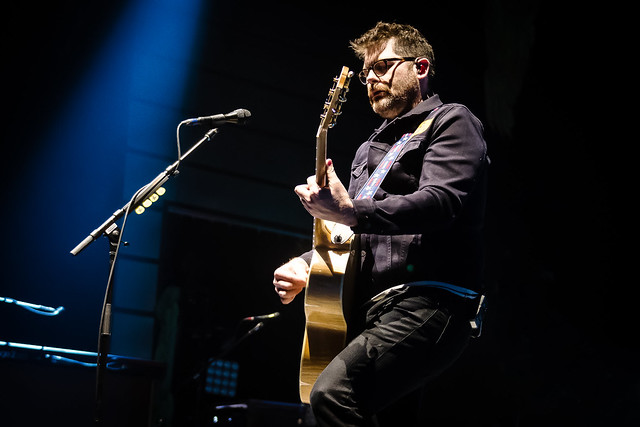 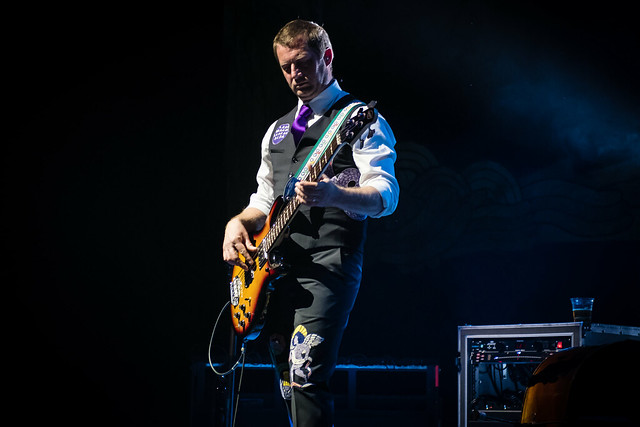 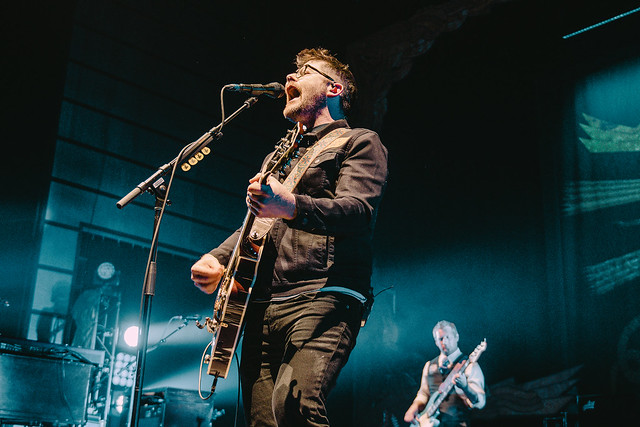