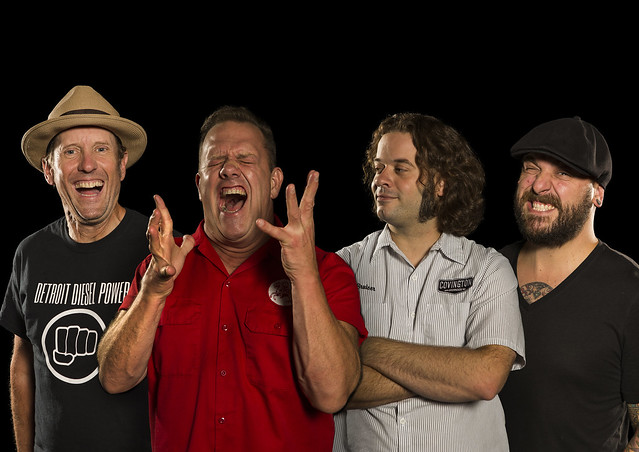 Louisiana jam band Cowboy Mouth released The Name of This Band Is, Vol. 2, a new greatest hits album with two new songs, on Friday, May 4. And frontman Fred LeBlanc and company are set to perform at City Winery or two nights on Friday, May 18, and Saturday, May 19!

Cowboy Mouth has been releasing music since 1992, and they grabbed national attention with the release of “Jenny Says” on their major label debut album, Are You With Me?, in 1996. Today, Cowboy Mouth still tour strong, releasing The Name of This Band Is, Vol. 1, as a greatest hits package, in 2016.

Watch the official music video for “Jenny Says” by Cowboy Mouth on YouTube:

Since their formation, Cowboy Mouth have stood out with their special mix of roots, country rock, and post-grunge. Today, band founders Fred and guitarist John Thomas Griffith are joined by bandmates Matt Jones on guitar and Brian Broussard on bass for what Fred promises will be a raucous show.

“Our shows are celebratory, life-affirming experiences,” said Fred, the rare drummer who also handles lead vocals. “With every show, no matter where it is, we try to turn it into New Orleans during the middle of Mardi Gras. It’s a unique live concert experience. It’s like a southern gospel revival without the religion.”