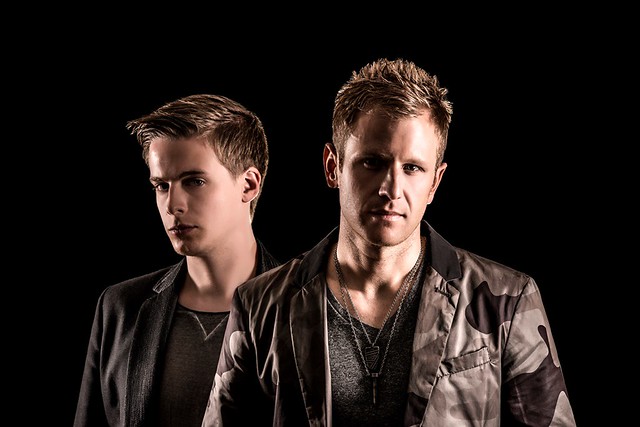 It’s been a busy year so far for Tritonal, who have released no less than four singles so far via Enhanced Recordings, including “Calabasas” (with SJ featuring Tima Dee), “Out My Mind,” “Horizon” (with Seven Lions and Kill the Noise featuring HALIENE), and “Ready” (with Sultan & Shepard featuring Zach Sorgen).

As Tritonal Chad and Dave have clocked 10 years as one of EDM’s most compelling, releasing their debut full-length album, Piercing the Quiet, in 2011, with eight Top 20 Beatport singles and five #1’s that reigned the Beatport Charts for more than three weeks.

Well regarded also for their Metamorphic EP series, Tritonal consistently make wave with releases like “Now or Never” (featured on Metamorphic II), and they have remixed selections for Hardwell with “Dare You,” for Zedd with “Find You,” and for Armin Van Buuren with “Won’t Let You Go.”

Listen to the latest by Tritonal on Soundcloud:

The past several years have been good to the gents. Tritonal capped off an outstanding 2015 with the January 2016 release of “Blackout” — the long coveted but previously unavailable single featuring Steph Jones’ delicate vocals and a pop twist on the duo’s melodic sound. Later in 2016, Tritonal released their second full-length album, Painting with Dreams, which included “Blackout.” In the previous year, Tritonal surpassed 53 million streams in aggregate on Spotify, over 10 million of that attributable to the Chainsmokers collaboration, “Until You Were Gone.”

Formed in 2008, Tritonal spent their early days on premium imprints like Anjunabeats, before eventually landing at Will Holland’s Enhanced Music, which Chad and Dave now co-own.