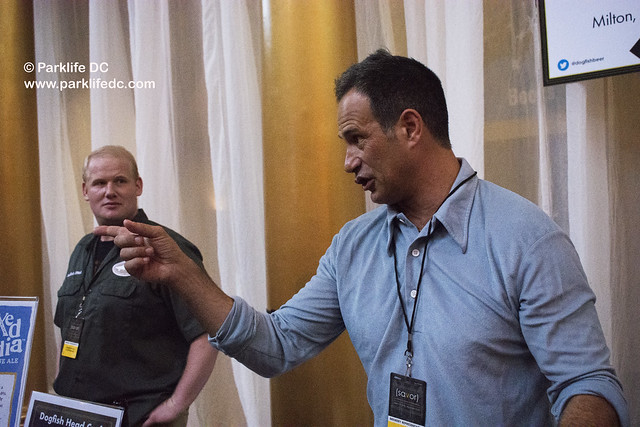 The resulting Dragons & YumYums is a smooth and drinkable tropical pale ale served by Dogfish Head during SAVOR on June 1-2 at the National Building Museum, where SAVOR paired the beer with compressed melon and cucumber panzanella. Dogfish Head also offered its Mixed Media speciality saison (paired with pheasant croquette and pear and currant compote) for attendees enjoying beers from a total of 90 breweries.

Sam was on hand personally serving up the beers, which comes as no surprise as SAVOR draws the rockstars of the American craft beer scene to DC for an annual festival that guarantees an enjoyable journey across the national beerscape. 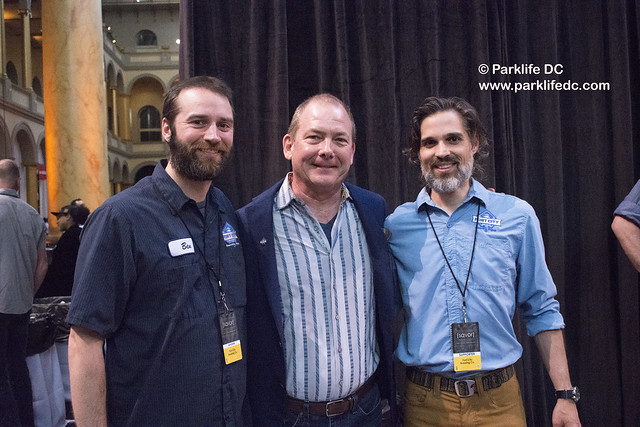 Some breweries debut beers around SAVOR, and such was the case with local Port City Brewing Co., based in Alexandria Virginia, which recently launched its Ideaal Tripel Belgian-style ale. It was paired with yellow curry, shrimp, and carrot. Port City also offered its Integral IPA, accompanied by a mini black and blue grilled cheese sandwich.

Port City collaborated with the Crux Fermentation Project from Oregon to create this year’s exclusive SAVOR beer, Brett de Vinum. To produce the beer, the brewers used a high-gravity version of Port City’s Optimal Wit as a foundation and added Pinot Noir and Viognier grapes into the hopback and set the beer into red wine barrels with Crux’s house strains of Brettanomyces.

Port City Brewing founder Bill Butcher recalled how he worked for Robert Mondavi wines for many years and developed a deep appreciation of locally sourced food and drink. Instead of retiring after his career with Mondavi, he was inspired to start Port City, where he realized his dream of producing quality local beer. 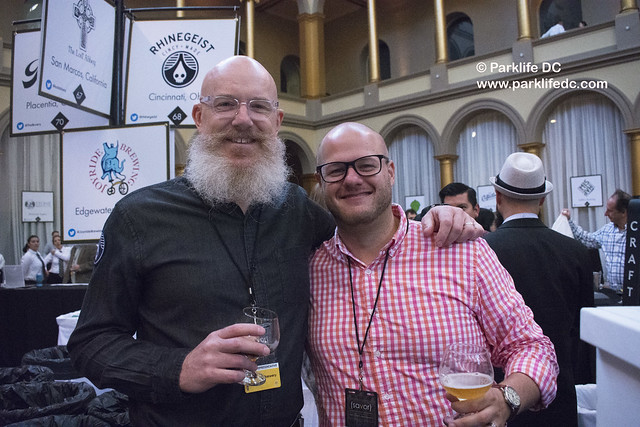 Dennis Kramer-Wine and his colleague poured delicious beers from Cincinnati.

I was pleasantly surprised to encounter a personal favorite brewery, Rhinegeist Brewery from Cincinnati, Ohio. (I actually wasn’t all that surprised as I saw they were participating on the SAVOR website, but it was a pleasant experience nonetheless.) I visited Rhinegeist in Cincinnati’s Over the Rhine neighborhood a few years ago, and I was charmed by its spacious brewery in a gentrifying neighborhood.

Rhinegeist co-founder Dennis Kramer-Wine told me how he went to the University of Cincinnati and then left the city for five years to find it a wholly different place, one where a brewery like Rhinegeist could take off. While he chatted, Dennis poured Being, a wood-aged sour, and Double-Oaked Mastodon, a Belgian dark strong ale. The first was paired with mackerel and pickled fennel while the latter was paired with smoked adobo boar shoulder. 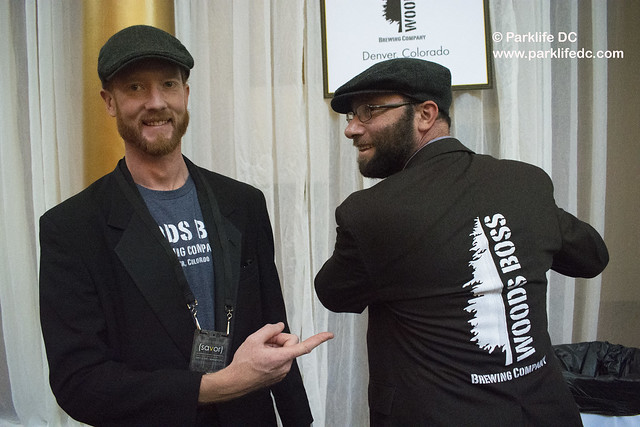 Chad Moore and Jordan Fink of Woods Boss showed off their jackets.

Perhaps no one was having more fun at SAVOR than Jordan Fink and Chad Moore, founders of Woods Boss Brewing, established in Denver, Colorado, in August 2017. Their extremely easygoing Form and Function Belgian quadrupel recalled, for me, the smoothness of a St. Bernardus Abt 12. Woods Boss also offered their Saison Paradiso aged in Chardonnay barrels. The first was paired with cumin-roasted carrots and the second with chicken roulade.

Chad assured me the brewery turns out many more styles of beer than strictly Belgians, and its downtown Denver taproom hosts concerts many nights of the week while people enjoy beer from its 24 taps. 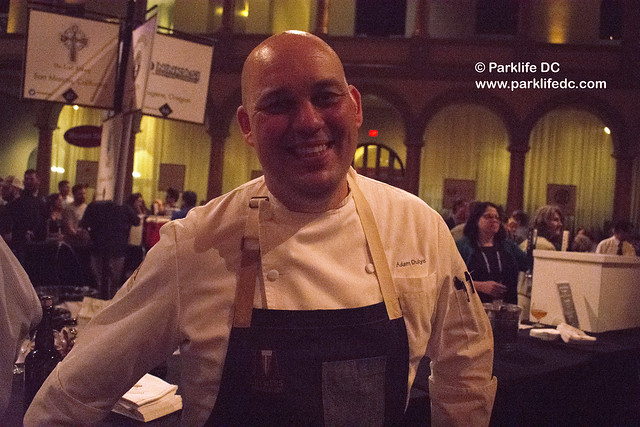 At the end of the night, I ran into Brewers Association Chef Adam Dulye, who dutifully posed for a picture. As you can read in our interview with Chef Adam, he and his team worked hard this year to develop an outstanding food menu that paired well with the 180 beer on hand. Standout small plates this year included a duck meatball a l’orange, which I ate with Sierra Nevada’s Hoptimum Imperial IPA, and an amazing chorizo verde, which was great with a Turbo Boost Multiball experimental IPA from DC Brau. Adam’s expert insights help to make SAVOR the country’s top beer and food festival —- and a can’t-miss destination for beer lovers.

Stay tuned to https://www.savorcraftbeer.com for info on the 12th edition of SAVOR, hopefully to return to DC in June courtesy of the Brewers Association. 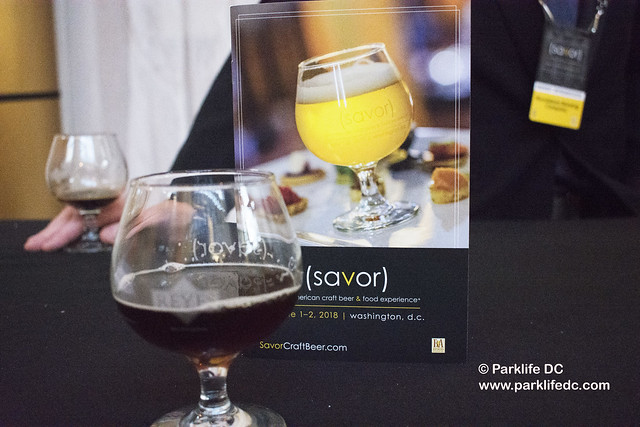