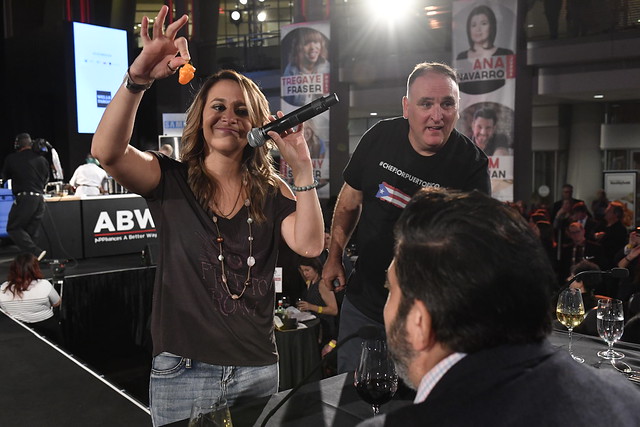 Enjoy food and drink from 30 top DC restaurants — all in one night! Limited tickets are still available for Dine-N-Dash on Wednesday, June 6. With your ticket, you check in, claim a wristband and *dash* between locations to *dine* to your heart’s content.

VIP purchases include a pre-reception from 5:30-7pm with José and special guests as well as access to at least three VIP-only restaurants (Denson Liquor Bar, The Partisan, and The Smith). You also get an exclusive VIP afterparty from 9:30-11:30pm, again with Chef José and guests.

Again, all proceeds benefit World Central Kitchen. José Andrés founded World Central Kitchen after the devastating 2010 earthquake in Haiti with the belief that food can be an agent of change. The charity expanded globally, and it supports a group of chefs creating smart solutions to hunger and poverty. We’ve seen them in action recently in Puerto Rico and Hawaii.