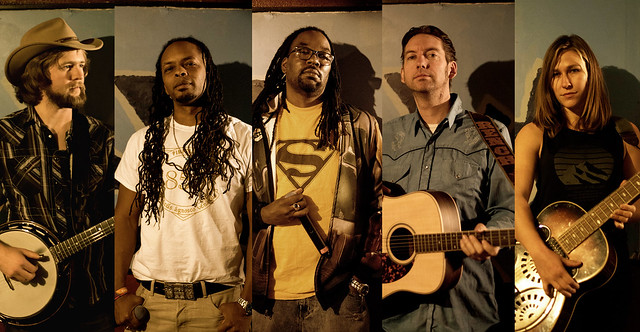 Founded in 2006 by Brooklyn producer Rench, Gangstagrass combines hip hip and bluegrass into a groundbreaking sound. Gangstagrass has new music to perform, and the band will play it at Hill Country Live on Friday, Aug. 17.

Gangstagrass is perhaps best known for the band’s Emmy-nominated song, “Long Hard Times to Come,” the theme to the hit FX drama, Justified. Rolling Stone hailed Gangstagrass as blazing a trail for a new genre sometimes known as “Hick-Hop.” For Rench, the music came naturally after growing up on Run DMC and breakdancing while also listening to Willie Nelson and Johnny Cash.