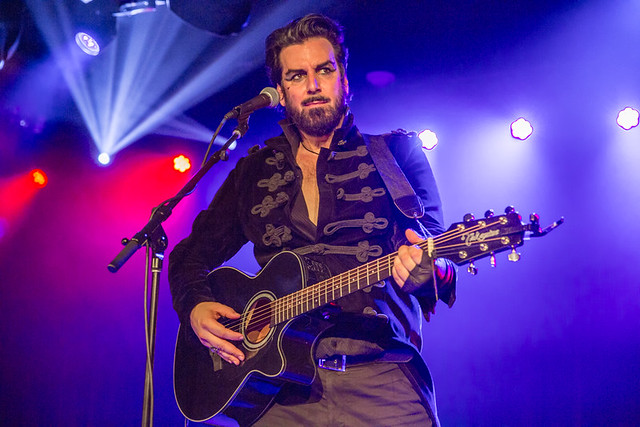 Goth Renaissance man Aurelio Voltaire released Heart-Shaped World, his 11th studio album, in 2017 via Projekt Records. He dropped by Union Stage to play some new music on Aug. 19, and Paivi got some pictures!

Aurelio Voltaire is a very seasoned performer, and the show was very funny — and profane! He came equipped with a bottle of Captain Morgan on stage, and it was the set-up for a drinking game. If he forgot any lyrics, he would take a swig from the bottle. This happened more than once.

Many of our area’s most serious Goths attended the show, decked out in their finest dark outfits, to support Voltaire, best known for songs like “Zombie Prostitute,” “Cannibal Buffet,” and “Vampire Club.” His latest effort, however, is an album of passion and heartbreak.

Listen to Heart-Shaped World by Aurelio Voltaire on Bandcamp:

The dark cabaret artist has a few shows around the country this fall, including stops in New York City, New Orleans, and elsewhere. Catch him if you can! Here are some pictures of Aurelio Voltaire performing at Union Stage on Aug. 19, 2018. All photos copyright and courtesy of Paivi. 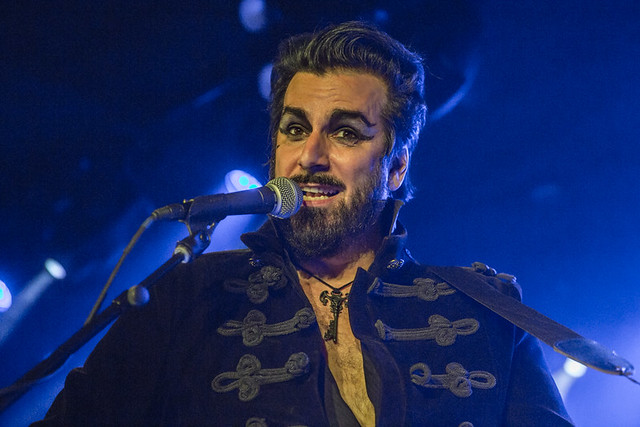 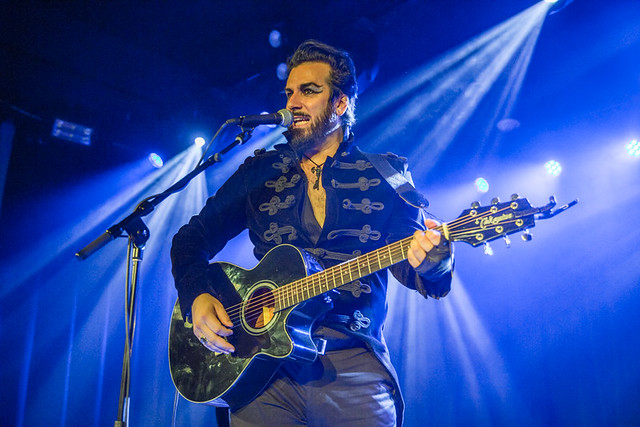 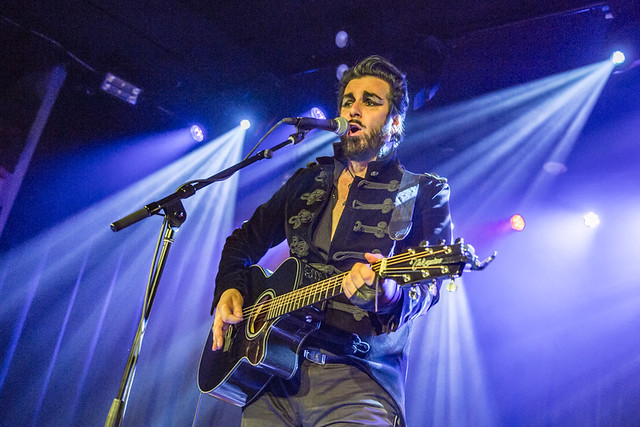 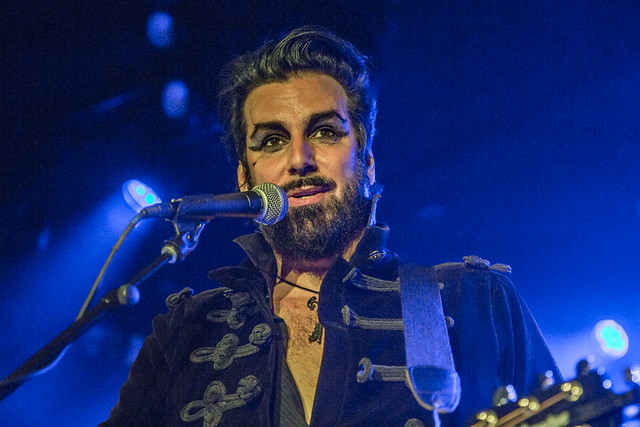 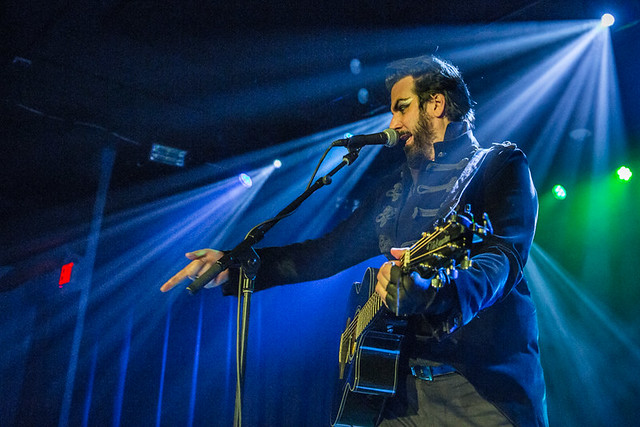 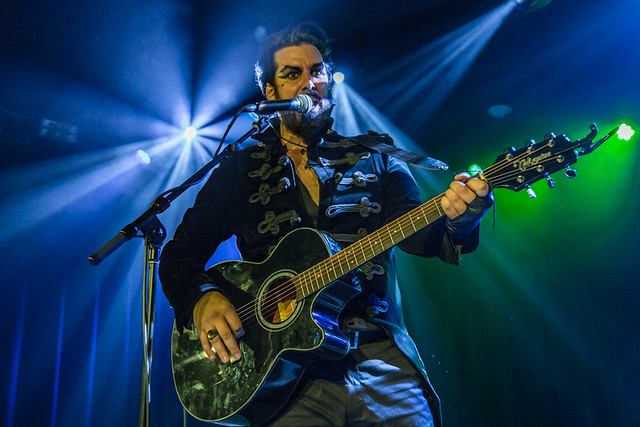 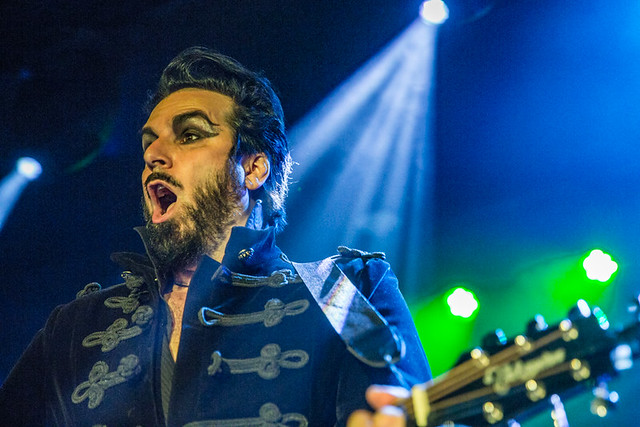 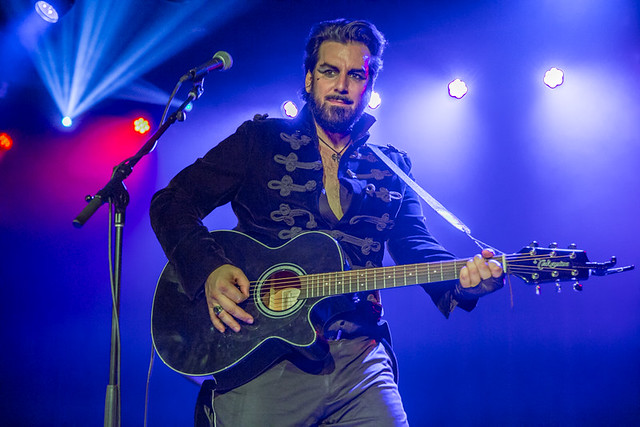 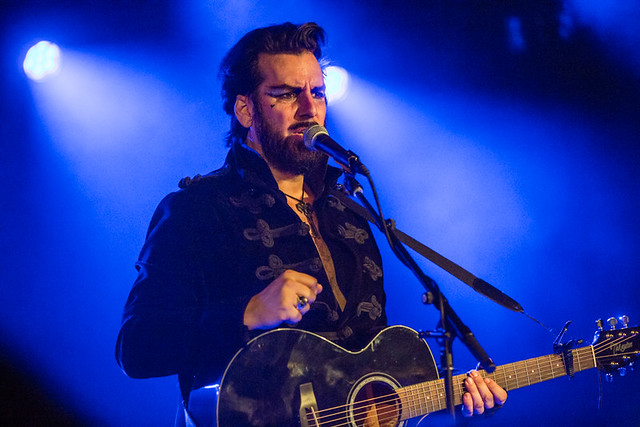 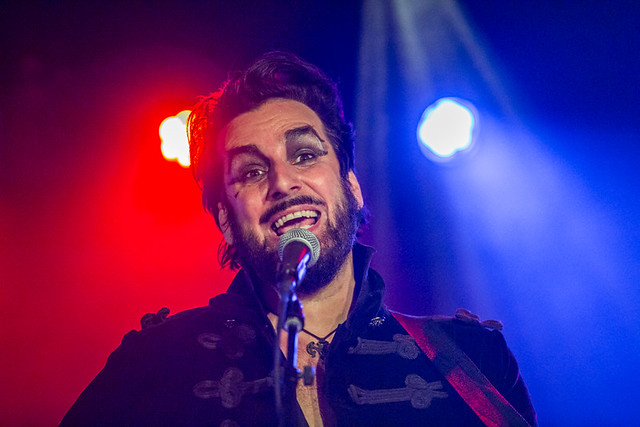 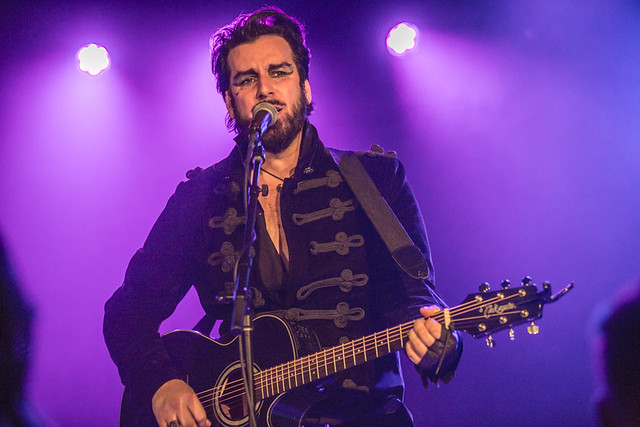 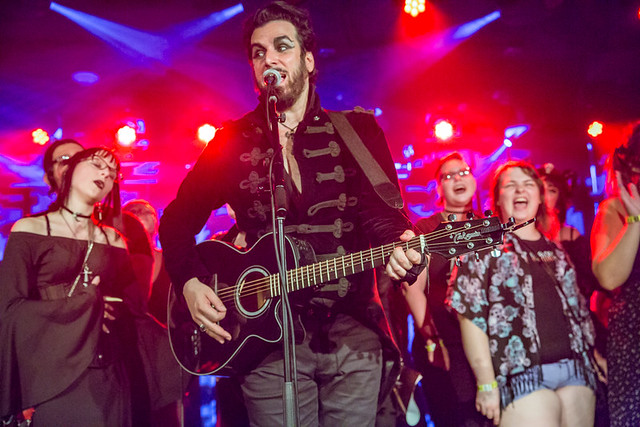 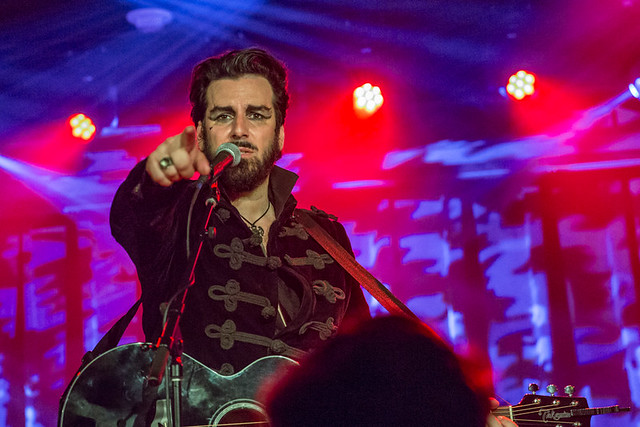 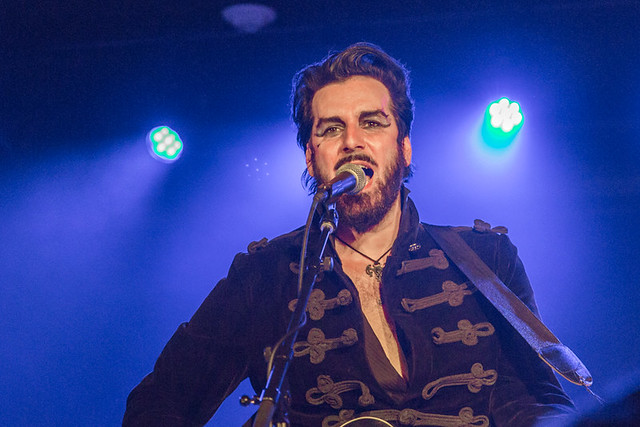