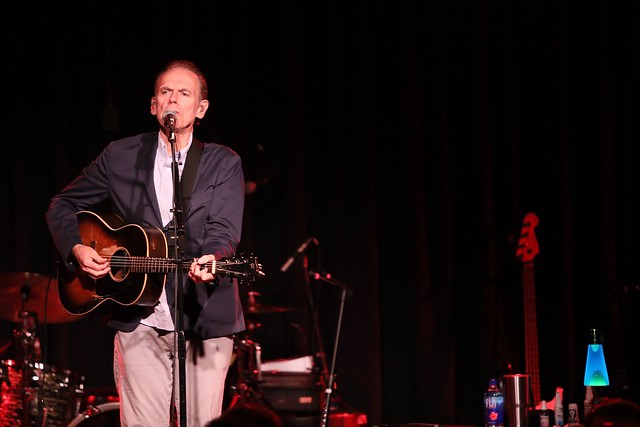 Singer-songwriter John Hiatt has often spoken of his affection for The Birchmere. On Monday, the first of a two-night engagement, he said, “This is almost like home.”

Playing to a sold-out house on his 66th birthday, John was clearly energized and having a great time, launching into his songs with a wide smile across his face. His mood was infectious, and the crowd was uplifted by his joyful presence as well as his beautiful music.

John opened the show with a solo set. It was an unconventional move, but an interesting one: an artist performing an acoustic solo set without his backing band as an opener. It worked terrifically, though, and felt very intimate.

The singer-songwriter began the set with “Perfectly Good Guitar,” the title track of his 1993 album. John has a new album coming out in October, The Eclipse Sessions, and he played three songs from it during this set. I was familiar with the first, “Cry to Me,” which has been released as a single, but I don’t know the names of the other two. [Editor: “All the Way to the River” and “Aces Up Your Sleeve” :)]

In addition to the new material, John also played one of my favorite songs, “Crossing Muddy Waters,” from the 2000 album of the same title. It garnered a Best Folk Album Grammy nomination. Played live, it took on a more bluesy feel than the version recorded on the album. Like many John Hiatt songs, it is perhaps more widely known from a cover, in this case by the group I’m With Her. (They played this song when I covered them at the 9:30 Club in March.)

When John returned to the stage about 30 minutes later, he came with his backing band, The Goners. John was introduced to the leader of The Goners, Sonny Landreth, who Eric Clapton has called one of the world’s most advanced guitarists, about 30 years ago. Sonny told John that he and his rhythm section, drummer Kenneth Blevins and bassist David Ranson, were a package deal.

John and The Goners are touring together to mark the 30th anniversary of Slow Turning. Slow Turning, released in 1988, is one of three albums considered Hiatt masterpieces released in the ’80s — the other two are Riding with the King and Bring the Family. They played the album, in order, as their set, with John punctuating the proceedings with wry turns of phrase. When he stopped to tune his guitar, he remarked that he and Lyle Lovett have discussed how neither has good tuning banter. I couldn’t quite make out the comment from the audience, but John responded, “If you could hear my thoughts,” earning him more than a few laughs.

After finishing their set, John Hiatt and The Goners returned for an encore, and John let Sonny absolutely tear it up on “Congo Square.” The Goners left the stage, and John sat down at the keyboard for “Have a Little Faith in Me.” He welcomed The Goners back, and they closed the evening with his signature tune, “Memphis in the Meantime.”

If you enjoy John Hiatt’s music at all, I highly recommend seeing him live. The music is first-rate, and you’ll leave with a smile and feeling warm. 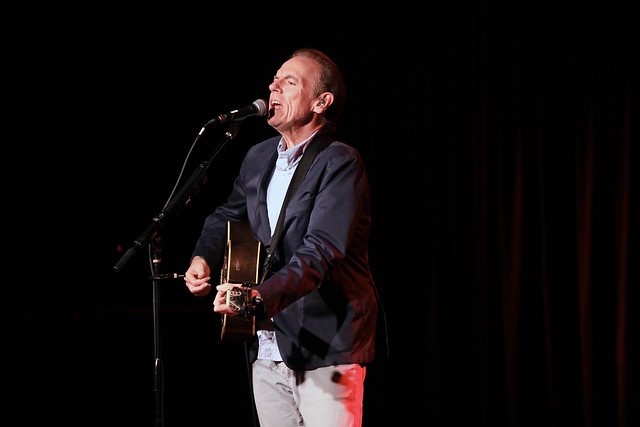 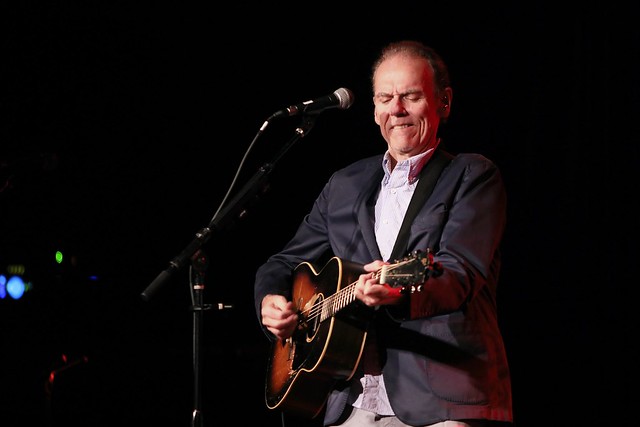 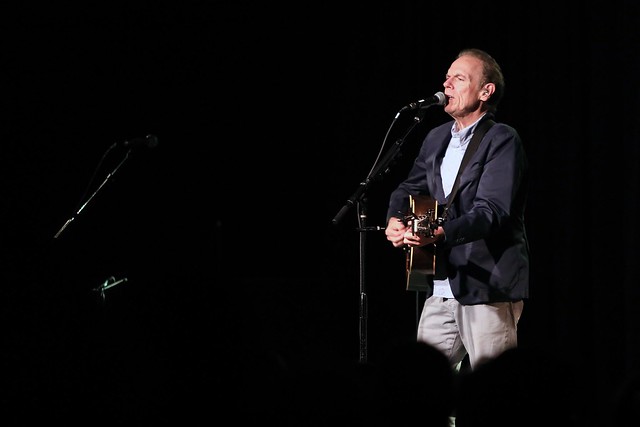 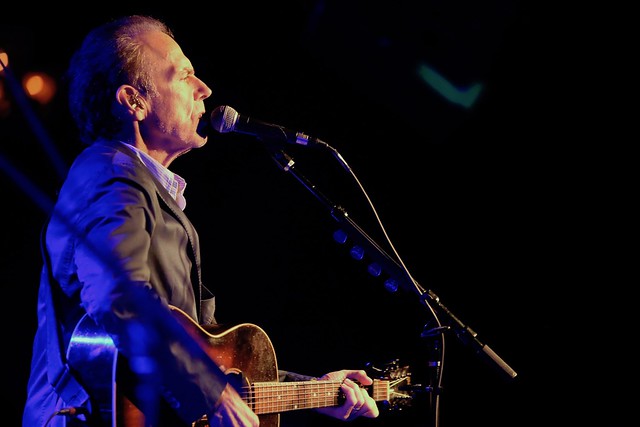 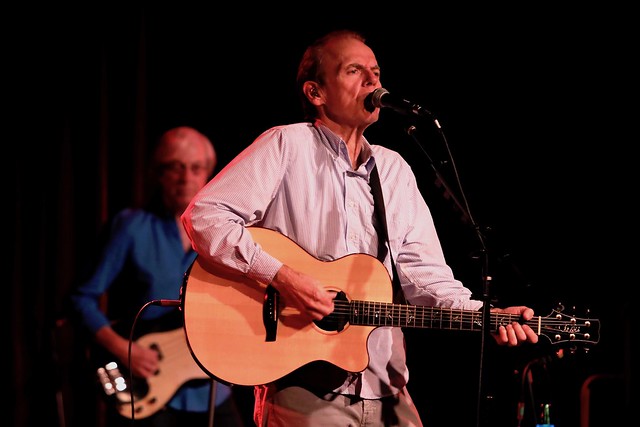 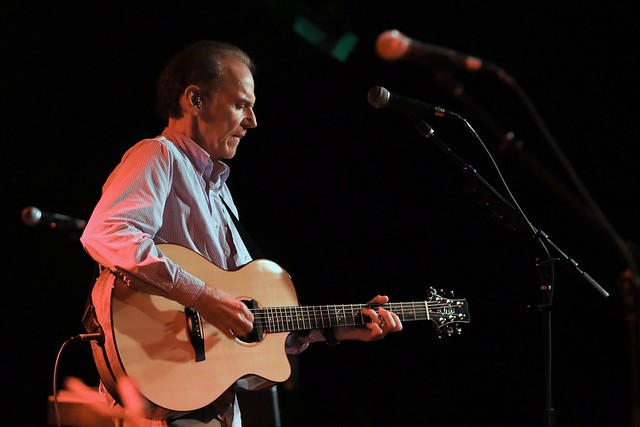 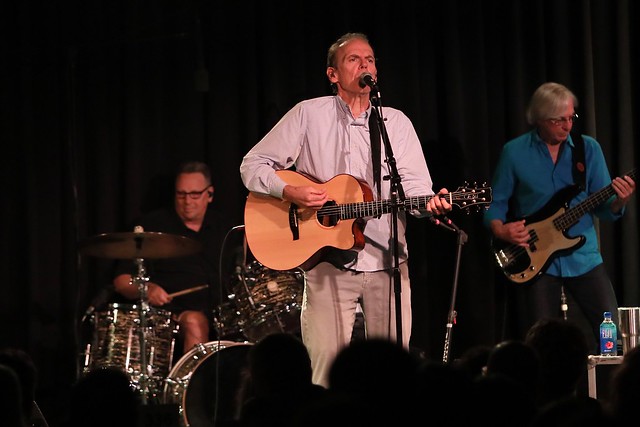 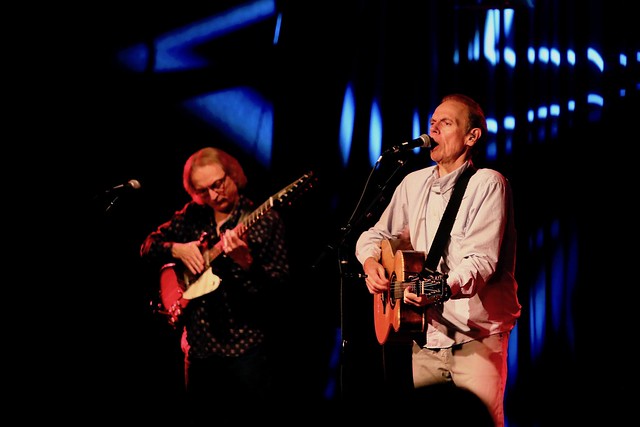 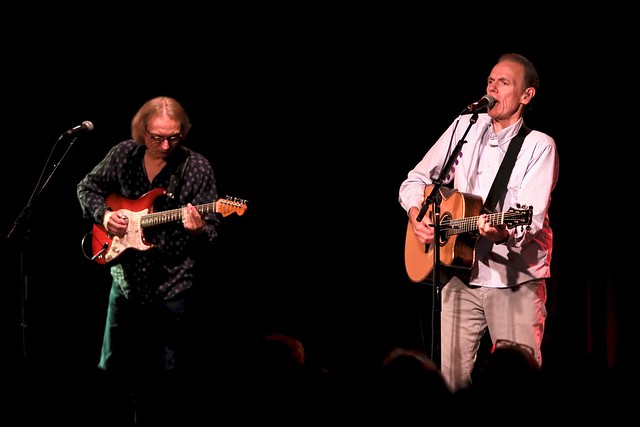 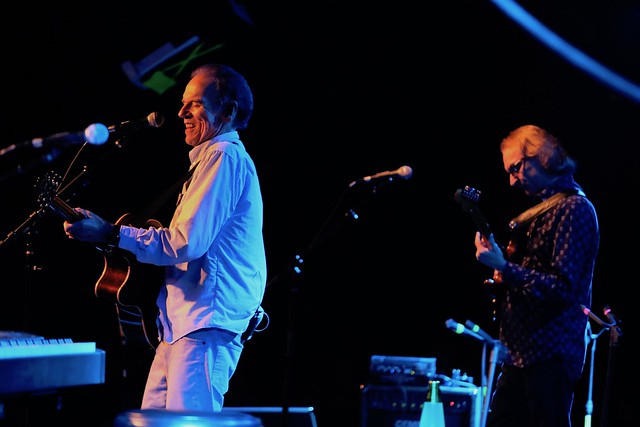 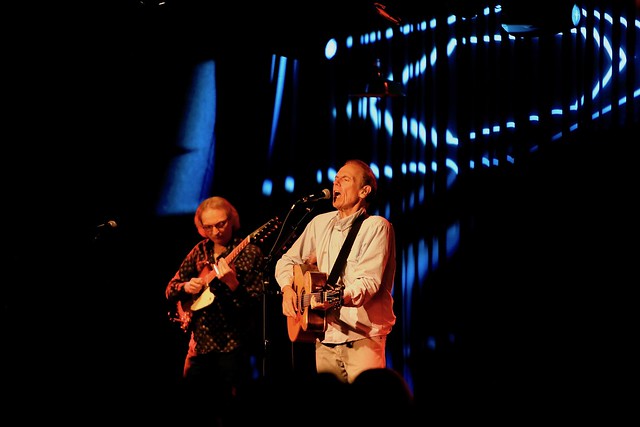