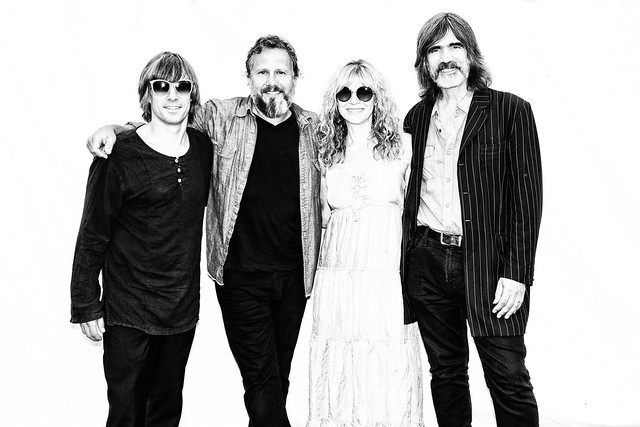 Larry Campbell and Teresa Williams (right side) and their band (Photo by Ahron R. Foster)

Singer-songwriter Larry Campbell and singer-guitarist Teresa Williams performed together in Levon Helm’s band. The duo teamed up for an eponymous album in 2015, and they did it again with a new record, Contraband Love, released last year via Red House Records. Larry and Teresa will play at Gypsy Sally’s on Thursday, Sept. 20.

Larry, who produced Contraband Love, said, “I wanted this record to be a progression, bigger than the first one. That’s all I knew. I wanted the songwriting to be deeper, the arrangements more interesting, the performances more dynamic. Specifically how to get there, I didn’t know. I did know the songs were different. The subject matter was darker than anything else I’ve written.”

In a review for PopMatters, Ed Whitelock rated the album highly: “In all, Campbell and Williams have created another great album of new songs that evoke the old classics of the roadways (and roadhouses) stretching along the Deep South between Nashville and New Orleans and the lesser-known, dustier trails along the way. ‘Americana’ risks becoming a tagline for any group with a banjo and some bib overalls, but when done right and true, like here, one understands that the label is a compendium beyond its parts. The true Americana isn’t a sound; it’s a feeling. Larry Campbell and Teresa Williams make you feel it with every song.”