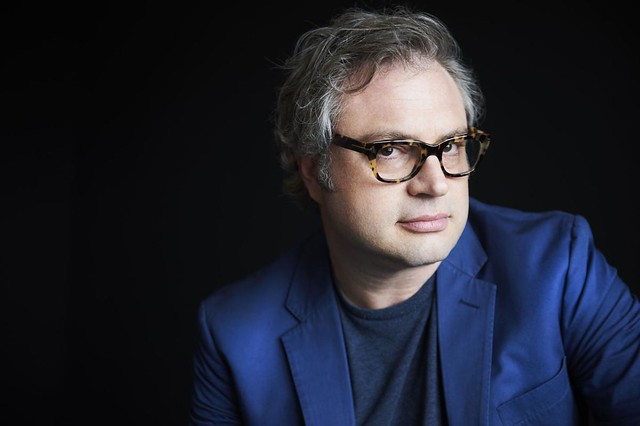 Former frontman of Barenaked Ladies and newly minted member of the Canadian Music Hall of Fame, singer-songwriter Steven Page will perform with his trio at City Winery DC on Thursday, Sept. 20, in support of his latest solo album, Discipline: Heal Thyself, Pt. II, to be released on Sept 14.

Discipline is Steven’s fifth solo album and the spiritual follow-up to 2016’s Heal Thyself, Pt. I: Instinct. According to a press release, musically, the album tips its hat to many of Steven’s influences including the punk rock movement and David Byrne as well as a nod to the Bee Gees and the Zombies.

The first single from the new album, “White Noise,” has been called “a naked look at the current political discourse south of the 49th parallel” from a press release and was premiered exclusively by Billboard. Wrote Billboard, “the power pop anthem ‘White Noise’ is more explicitly and directly political, and personal, written in the wake of the Charlottesville white nationalist rally last August.”

Watch the official music video for “White Noise” by Steven Page on YouTube:

Said Steven, a Canadian citizen living in the United States, “I know I’m a very privileged immigrant, but I can’t help but look at Jewish history and feel like it wasn’t so long ago that our people were in a very similar position…[O]ne of the great things I’ve found about making music is I don’t have to have answers, but it’s important for me to have the discussion. As long as you raise the questions you can come up with your own conclusions.”