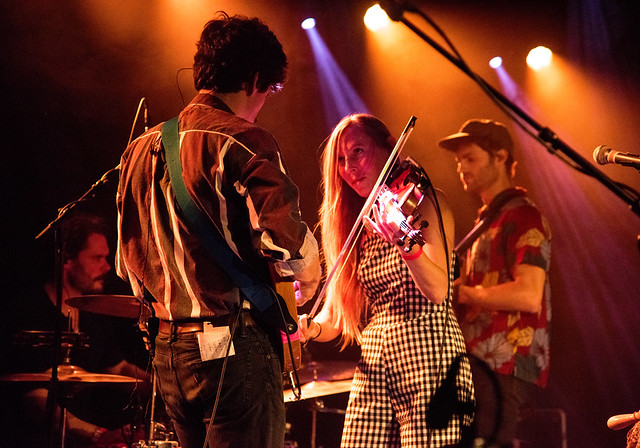 After a couple warm-up gigs in the DC area earlier this summer, then crisscrossing the country in support of a new release, Kindness, A Rebel (RollCall Records), River Whyless returned to Union Stage recently. Despite a grueling tour schedule that started back in May 2018, River Whyless turned in a lively, energetic set featuring songs primarily from their last two albums, the aforementioned Kindness… and 2016’s We All the Light.

River Whyless consists of Halli Anderson, vocals, violin, guitar; Daniel Shearin, vocals, bass, harmonium; Alex McWalters, percussion; Ryan O’Keefe, vocals; guitars. They came together in North Carolina in 2009 as Do It to Julia. Perhaps realizing that the obscure Orwellian reference didn’t necessarily reflect the nature of the music they made, they adopted a new name, River Whyless, in the “spirit of the band’s ongoing love affair with the natural world.” Indeed, experiencing a River Whyless performance is to travel into an analog music-making environment, as each member is apt to use a variety of non-digital instruments, such as a harmonium, bicycle tire rim, or kitchen pot, to construct melodies and rhythms.

To describe River Whyless’ music as amazing, awesome, or beautiful is a woefully inadequate use of adjectives. Perhaps using descriptors like “creative,” “adventurous,” “complex,” and “unique” is more accurate. From the band’s first release, 2012’s A Stone, a Leaf, an Unfound Door, each album has crossed new boundaries, lyrically as well as melodically. Described by some as folk-rock, nature-pop, or baroque folk, the songs eschewed the usual verse, verse, chorus pop song structure, instead opting for an avant-garde, yet accessible instrumental approach.

An eponymously named EP in 2015, hinted at more traditionally structured songwriting but retained the experimental approach evident on the first album. The aforementioned We All the Light found the band incorporating Eastern Asian and African influences into the music, as well as as a tighter composition approach to song structure. Kindness, A Rebel continued that musical boundary pushing experimentation but remained closer to home with songs that examine the state of U.S. politics and, more personally, the band members’ pasts and life choices.

On Sept. 19, the evening’s opener, “Darkness in Mind,” paired an uptempo driving melody with lyrics that are… well, dark and introspective. As Halli Anderson sang, “All you need’s a good idea to get the things you want, and if I had two of them I’d surely give you one, So pick up your face now and listen for the bell, the only way to make it is to fall down the well.” “New Beliefs,” is an angry rocker that rails against the injustices we see every day: “Terrified of what’s below me, while from above you keep me down.” By the third tune, however, we were reminded of the pure joyfulness of River Whyless’ music. “Miles of Skyline” featured Alex McWalter’s imaginative drumming (employing the aforementioned kitchen pot) and Daniel Shearin’s pitch perfect tenor.

As the evening progressed, the music followed this pattern, exploring the contrast between introspective, searching lyrics with River Whyless’ adventurous, accessible songs: the made-for-radio “Born in the Right Country,” a rebuke to U.S. immigration policy, followed by the gorgeous, “Motel 6,” about the potential end of a dream. Then came “Failing Farm,” a humorous, but acerbic look at childhood, followed by “The Feeling of Freedom,” an African soukous guitar-influenced dance number.

River Whyless waded into the audience to perform their encores — in the round, as it were, with the audience sitting crosslegged surrounding Halli, Ryan, and Daniel. The first encorse song, “War Is Kind,” was an adaptation of the Stephen Crane poem (“Ah, but you can’t believe your eyes as we go blind again, blind again, the united state of Americans”) set to a simple, strummed melody on a single guitar. Their gorgeous three-part harmony rose and fell in response to Halli’s heartbreaking violin accompaniment, the tenderness of the song getting right to the heart of the matter; a plea to end the violence afflicting our society today.

The final song, “Mama, Take Your Time,” performed largely a cappela, was a perfect way to end the show, “So I’m headed home, and I hope you’re there.”

Darkness in Mind
New Beliefs
Kalangala
All of My Friends
Baby Brother
Born in the Right Country
Van Dyke Brown
Motel 6
Failing Farm
Miles of Skyline
The Feeling of Freedom
The Pool
Life Crisis
All Day All Night
War Is Kind
Mama, Take Your Time

I had the good fortune to attend and review two River Whyless gigs at the beginning of the summer, and the luck (and privilege) to do so at the tail end of their 2018 tour. Halli remarked prior to a show back in June, “This is the first time we’ve played these [new] songs live, they’re just being born.” Indeed, the difference between the early summer performances and Wednesday aptly demonstrated how a song can grow and mature over a few months on the road. On “Bend Time” (a song not performed this evening), Halli sings, “It’s not a virtue to stay in one place.” Although the line sounds as if she’s admonishing herself, it’s advice we would all do well to heed.

Find “Kindness, A Rebel” on the River Whyless website. Here are some pictures of River Whyless performing at Union Stage on Sept. 19, 2018. All photos copyright and courtesy of Mark Caicedo. 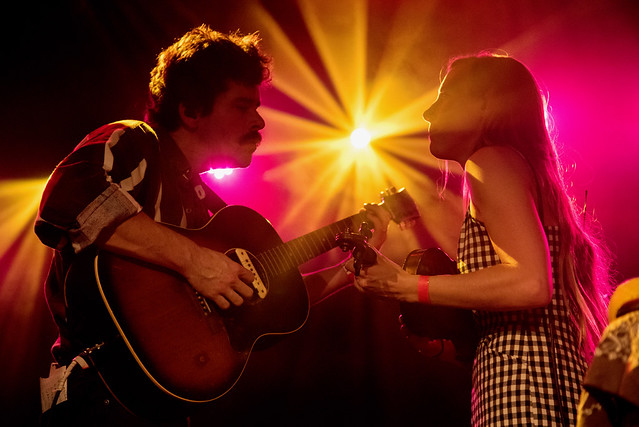 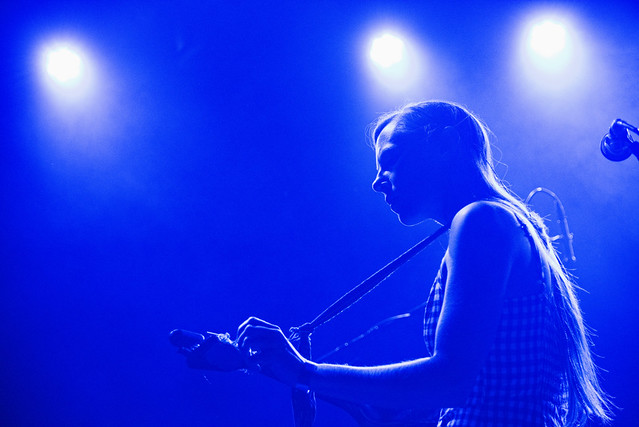 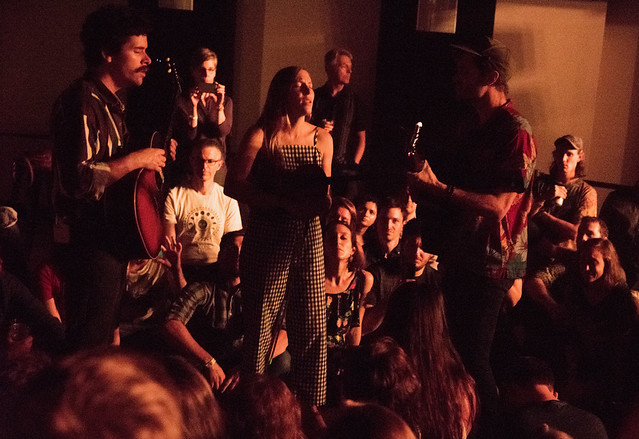 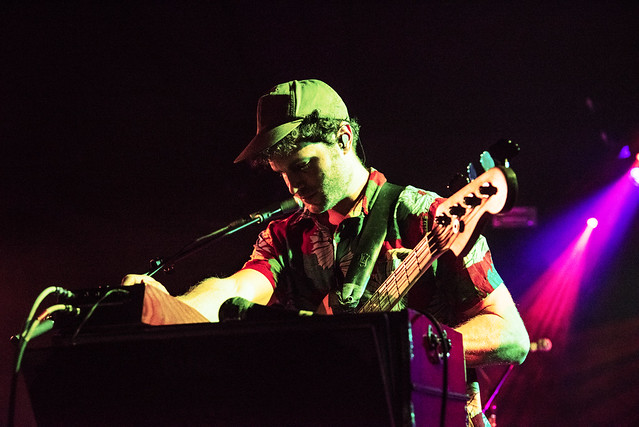 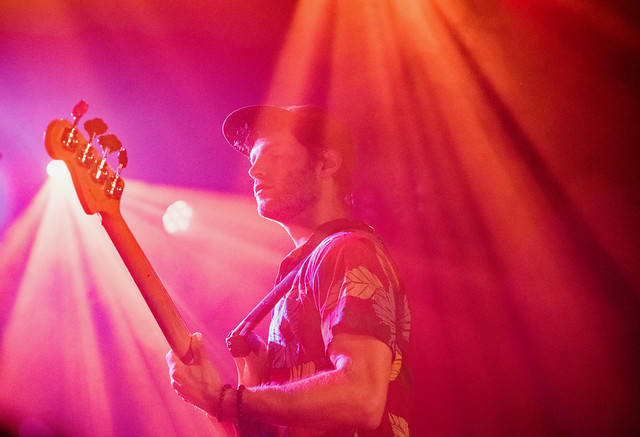 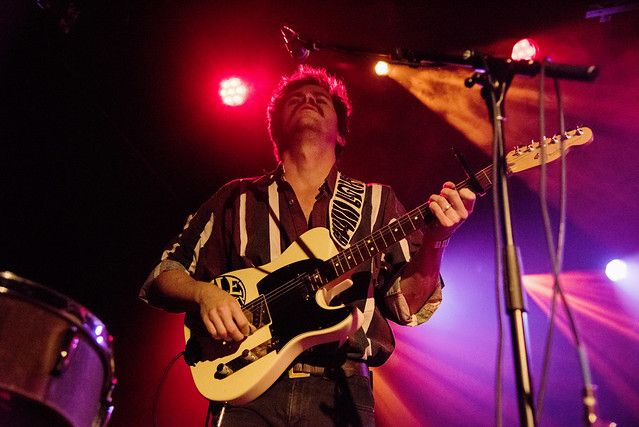 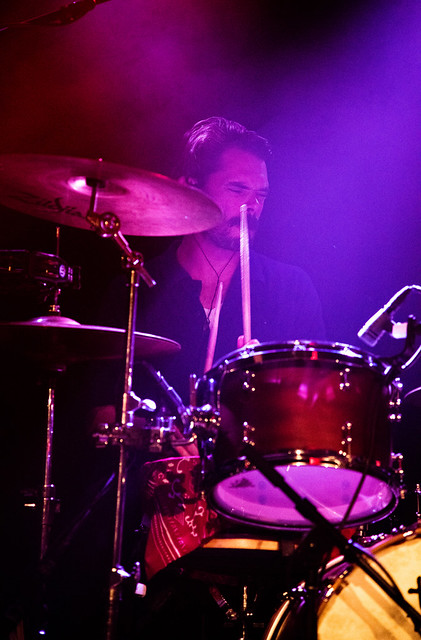 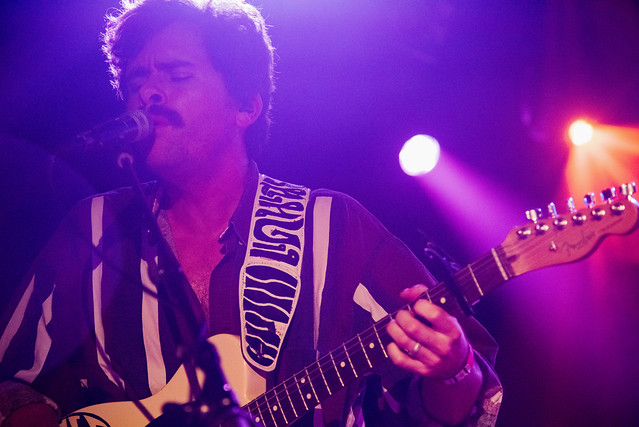 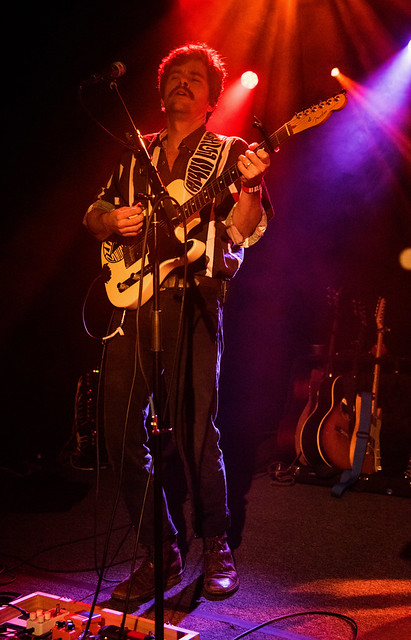 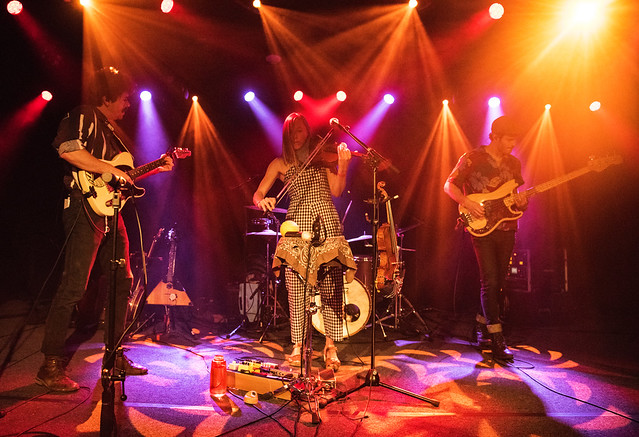 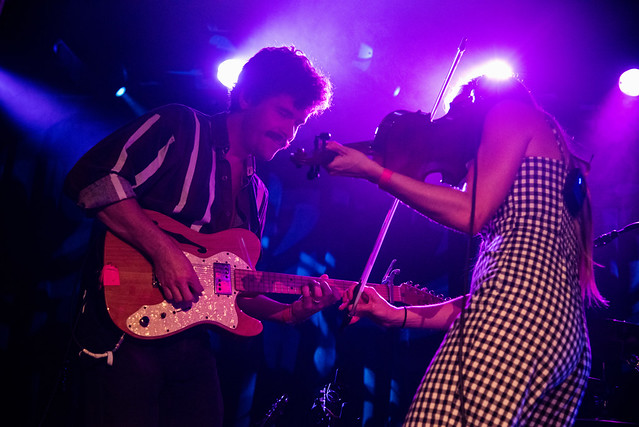 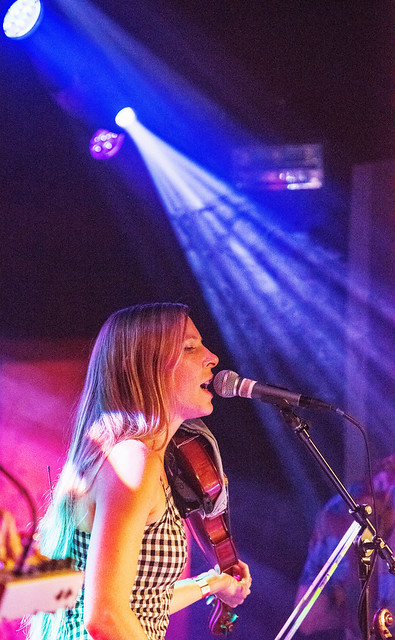 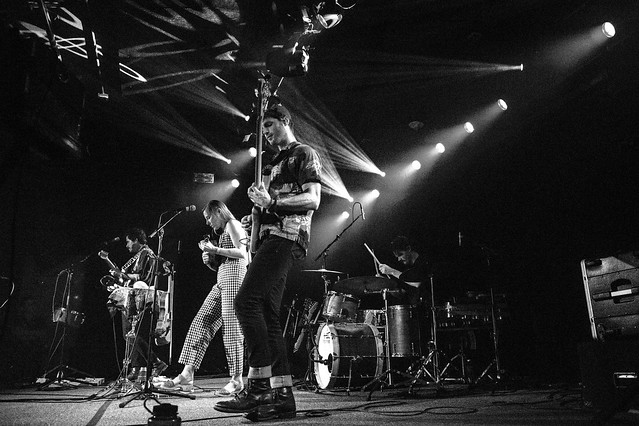 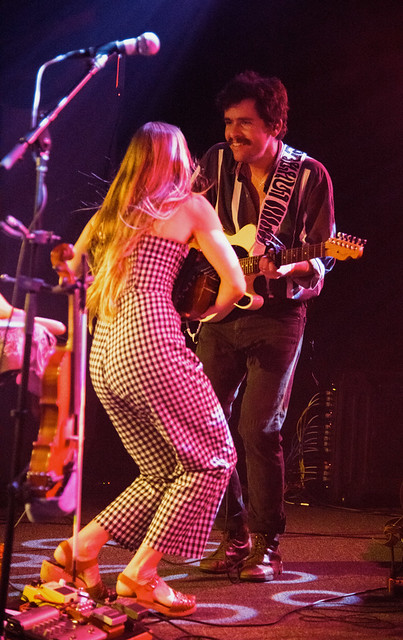 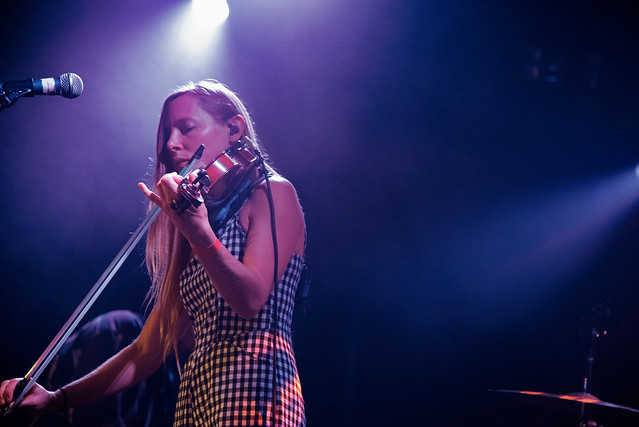