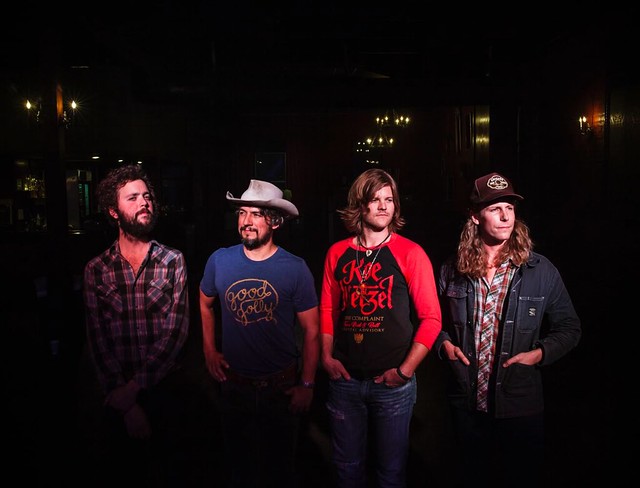 Knoxville Americana band The Black Lillies play a unique mix of genres of styles: country, bluegrass, blues, and jazz. You might say that The Black Lillies are a CBGB+ band. Touring in support of a new album, Stranger to Me, The Lillies put on a compelling show at The Hamilton on Saturday that saw the audience fill the pit, dancing to the infectious rhythms.

The highlight of the songs from the new album, for me, was the stylistic departure “The Ice Museum.” Played in a little more of a country rock style live, the song is an indie rock tune with a melody that bears the stamp of R.E.M.’s influence. From Stranger to Me, The Lillies also played “River Rolls,” “Ten Years,” and “Someday, Sometime,” among others.

Listen to “Ten Years” by The Black Lillies on YouTube:

Going back to their roots, The Lillies played the title track of their debut album, Whiskey Angel. About halfway through the concert, the band left the stage, leaving frontman Cruz Contreras on stage for a couple songs with just his acoustic guitar. Notably, at one point during the show, Dustin Schaefer impressively made his electric guitar imitate the sound of a horn. When The Lillies closed their set, the pit was full of dancing fans, who raised a ruckus to bring the band back for an encore. The Lillies obliged, coming back to the stage for a three-song encore.

Before the show, I spoke briefly with couple sharing my table. I expected anyone sitting with me at the first of tables to be passionate fans of the band, and I was surprised to learn that they had casually become interested in the band after hearing a couple songs on streaming radio. They were not familiar with The Lillies’ body of work, and they were used to seeing bigger shows at venues like Jiffy Lube Live.

Their positive reaction to the band’s performance told me that The Lillies’ are really winning over casual fans as well as with their hardcore audience. My new friends also very much enjoyed the opener, Virginia country/bluegrass band Strong Water, and I explained that the lead singer was playing a type of guitar called a dobro (a resonator) in stand-up blues style (as opposed to lap style, as is done in bluegrass).

The Lillies proved once again why they are frequent guests to The Hamilton. They were a hit with dedicated and casual fans, and they truly brought the party. A good time was had by all, and the audience left looking forward to their return.