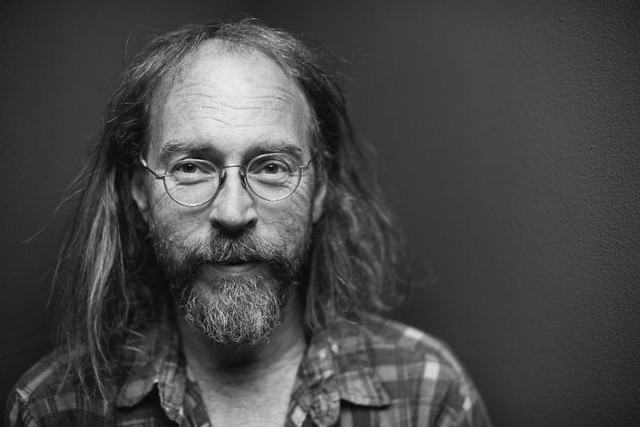 “I had some really, really bad depression problems over the last couple years,” Charlie said. “I’ve been trying to get fit, trying not to drink so much, trying not to do the rock ‘n’ roll guy thing. And then I got depressed. Really depressed. And to me, depression feels like there’s me, and then there’s this kind of hazy fog of rancid jello all around me, that you can’t feel your way out of. And then there’s this really, really horrible third thing, this impulsive thing, that doesn’t feel like it’s me or my depression. It feels like it’s coming from outside somewhere. And it’s the thing that comes on you all of a sudden, and it’s the voice of suicide, it’s the voice of ‘quit.’”

He added, “These songs have all kind of come out of that. Especially songs like ‘Salt Water’ and ‘Dog,’ they really came heavily out of just being depressed, and having to say something about it.”

Watch the official music video for “Dog” by Charlie Parr on YouTube:

In a review of Dog for No Depression, Kevin Lynch embraces Charlie’s honesty and innovation.