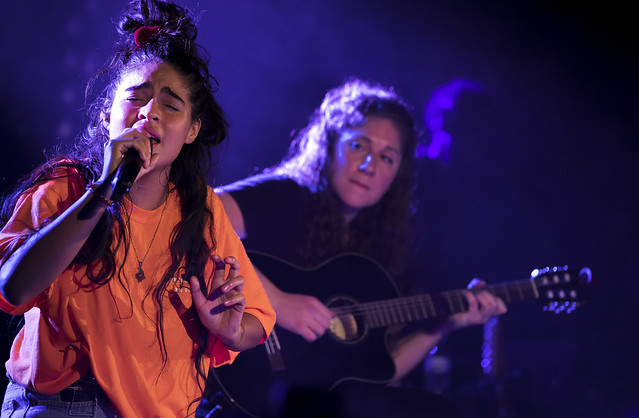 There’s freedom in truth and a distinct energy to freedom. Singer-songwriter Jessie Reyez brought both to her recent show at DC’s Union Stage. The lively Canadian of Colombian descent performed to a sold-out audience on Nov. 18.

Jessie stepped onto the stage in an oversized black sweatshirt with her face concealed by the hoodie and a cap worn low. The heavy bass of “Dear Yessie,” from her recently released EP Being Human in Public (2018), pounded through Union Stage as she sung “this is the realest I’ve ever been. Singin’, fuck bein’ delicate.”

The audience erupted into loud cheers when the hat came off and hood came down. She bounced across the stage as she performed “F*** Being Friends.” The song was about her refusal to be anyone’s plaything.

Jessie pulled no punches during her performance. Her clever lyrics struck at misogyny as she dealt equally swift blows to patriarchy. The 27-year-old artist may be young, but she knows a thing or two about resistance and resilience.

Stream Being Human in Public by Jessie Reyez on Spotify:

Jessie asked that all of the lights be turned on before going into the sordid details that led up to her writing “Gatekeeper,” from the Kiddo EP (2017). “If you see someone not responding to this story. I don’t want them here,” she told her fans. Her performance of the song about a music industry predator that attempted to exploit her musical aspirations for sex was chilling.

Earlier this year, Grammy-winning producer Noel “Detail” Fisher was accused of rape and abuse by two female artists. Jessie has since confirmed that Detail was the person for who “Gatekeeper” was written. “The devil tempts but he doesn’t win,” Jessie writes in the description for the short film about her experience.

It was time to blow off some steam after “Gatekeeper.” The small singer with a large roar instructed the audience to clear a circle toward the front of the stage. No fighting was the most important rule for the mosh pit she created. Jessie jumped into the pool of bodies during her performance of “Nice Guy.” The song is off Eminem’s recent album, Kamikaze (2018), where she is featured twice.

Jessie did a crowd poll after performing “Imported.” She asked the audience how many of them were immigrants, then how many were kids of immigrants, and who among the throng were Latino? While she spoke, I caught a glimpse of two older adults beaming at the stage from the roped off area reserved for security, VIPs, and photographers. The look was undeniable, parental pride.

“Sola,” off Being Human in Public, is Jessie’s first release in Spanish. She performed the acoustic song with a beauty and vulnerability that struck true. The breakup ballad was about a lover who expects his woman to be a ‘saint.’ The type of woman who never asks for anything and forgives silently. “No soy ese tipo de mujer,” (I’m not that type of woman), she sang to the rapt audience.

Double standards were the target of Jessie Reyez’s performance of anti-slut-shaming anthem, “Body Count.” The catchy tune was about sexual freedom. As Jessie says in the song and reiterated later on in the show, love who you wanna love.

Jessie and fans sang together on one of her first singles, “Figures.” The spiral of heartbreak that led to a deep depression birthed the song that launched Jessie’s career. My breakdown during the “Figures” video was real she told the audience, but it was that mixed blessing that made her dreams of performing sold-out shows possible.

Jessie refused to send her fans into the November night thinking about exes and heartache. She performed “Blue Ribbon” during her encore and punctuated the energetic performance with a stage dive.

Other highlights performed during the show included:

Here are some photos of Jessie Reyez performing at Union Stage on Nov. 18, 2018. All photos copyright and courtesy of Will Colbert. 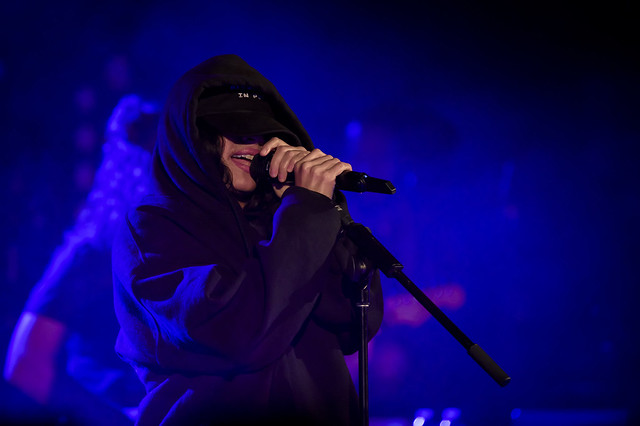 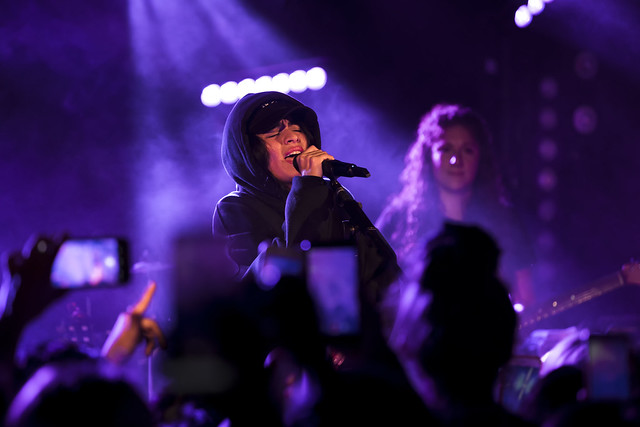 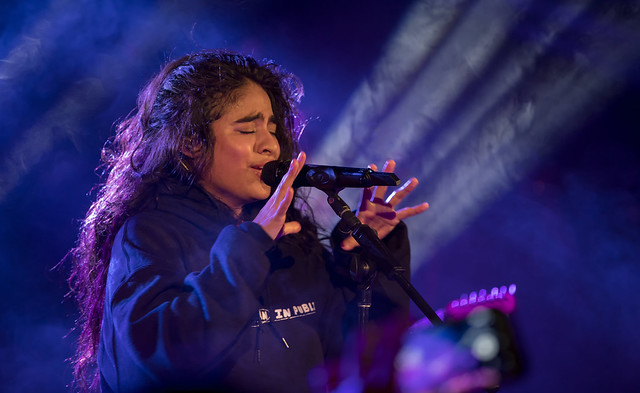 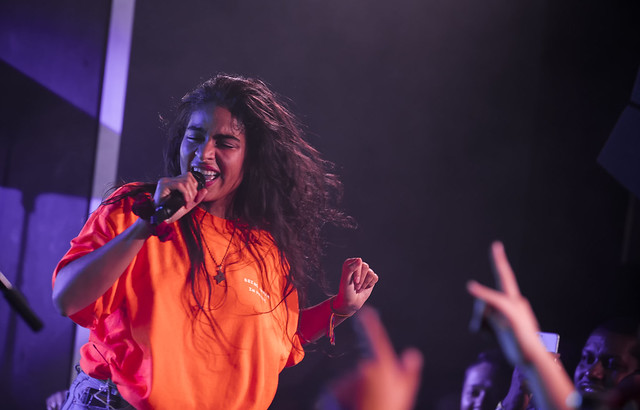 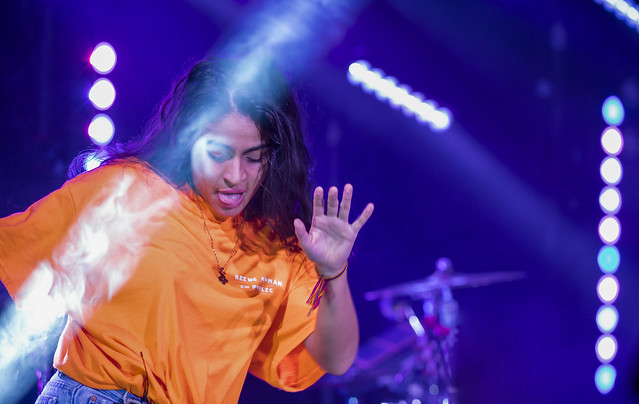 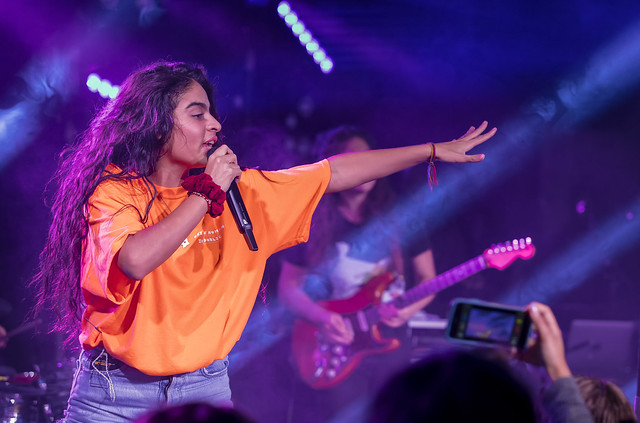 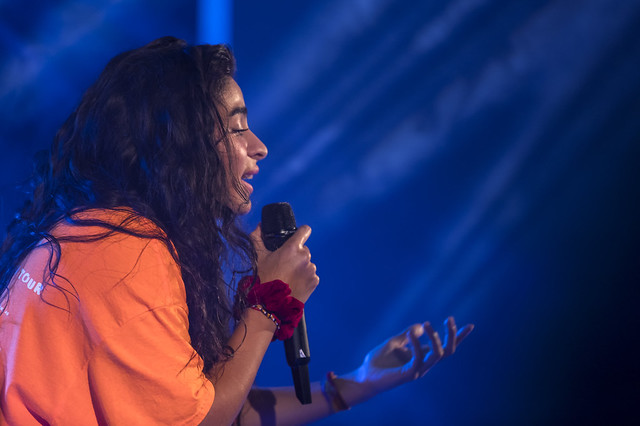 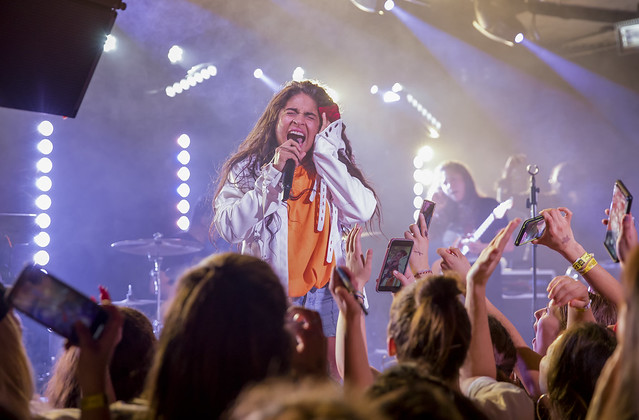 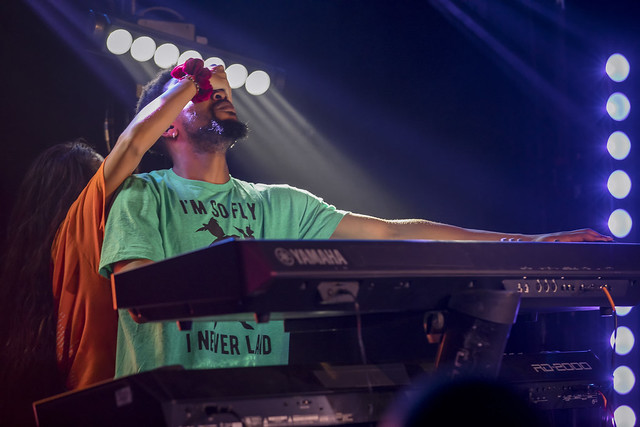 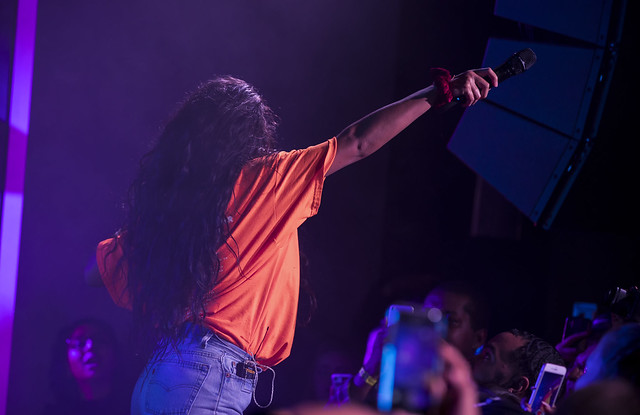 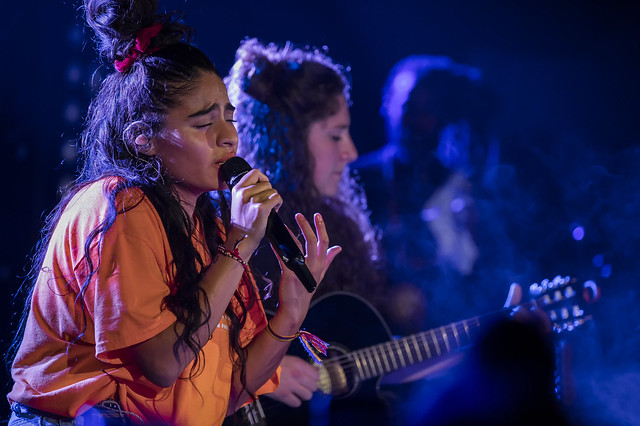 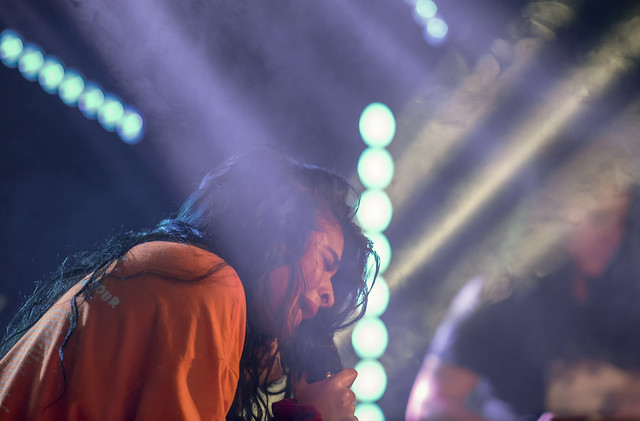 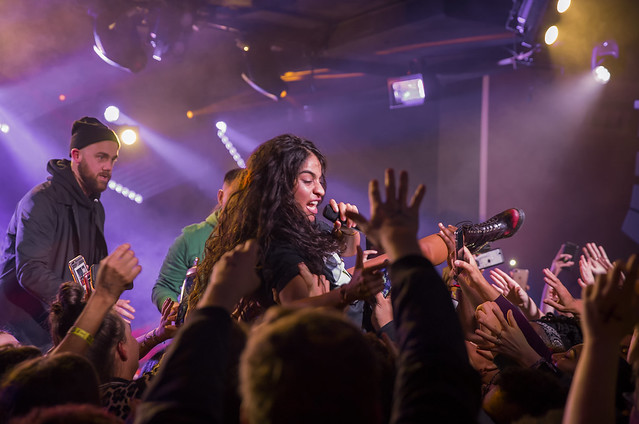 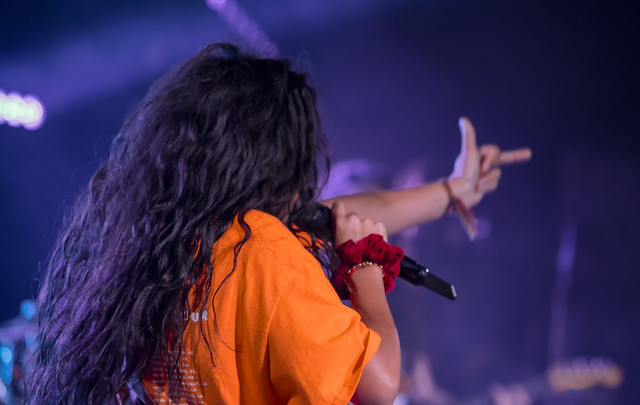