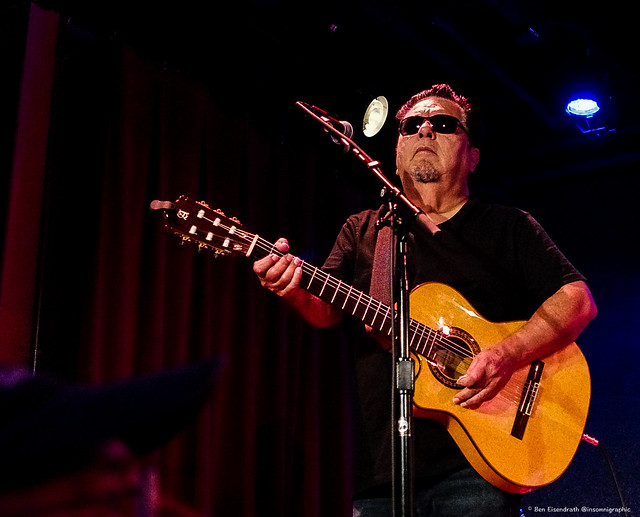 Initially formed by singer and guitarist David Hidalgo and guitarist/percussionist Louie Perez in 1973, the lineup of East Los Angeles band Los Lobos hasn’t changed in more than three decades. They know each other’s playing really, really well. And even though they scored a #1 hit with their cover of Ritchie Valens’s arrangement of the traditional song “La Bamba” on the soundtrack to the 1987 film of the same name, Los Lobos have never stopped being a blue-collar band in the very best sense: hardworking and professional about their performances — including one such performance at DC’s City Winery recently.

It’s fair to call Los Lobos the most accomplished and successful Chicano rock band, as long as one takes care to note that their stylistic breadth and ambition makes them more than just a Chicano rock band. The band’s two sets included Spanish-Language songs: the acoustic title track of 1988’s La Pistola y el Corazón and Chuco’s Cumbia, which David Hidalgo dedicated to “our brothers and sisters in Puerto Rico.”

While the rhythms of Latin string music underlie much of Los Lobos’ musical identity, they have a well-deserved reputation for versatility. They put that versatility on full display Friday night at City Winery, delivering rock and roll ranging from the 1950s Ritchie Valens song “Come On, Let’s Go” to an acid-infused cover of the Grateful Dead’s “Bertha.” In between, they demonstrated their familiarity with alternative sounds on the delicate “Saint Behind the Glass,” and got down with rhythm and blues on “Shakin’ Shakin’ Shakes.”

Stream Gates of Gold, the most recent full-length album by Los Lobos, on Spotify:

While several members of the band took turns singing lead — David, Louie, and Cesar Rosas — David acted as a master of ceremonies during the evening. Several times, David called to the audience to join the band. The audience readily obliged, singing along with signature tunes “Teresa,” “The Neighborhood,” and “La Bamba.”

“Teresa” originated with Los Super Seven, a supergroup collective that has included, at times, several members of Los Lobos. David and Louie were also part of side project called The Latin Playboys during the 1990s, and several members of the band have worked as session musicians with other bands and artists.

Los Lobos write great songs, and they’re damn fine players, but there’s no pretension about them. They called their first EP Just Another Band from East LA, and they don’t run from their roots playing all kinds of gigs in the neighborhood. They are dedicated to giving their audience a good time and throwing a party. And while you party with Los Lobos, you’re going to hear some amazing songs and get a slice of Chicano culture.

Postscript: I met Louie Perez after the show, and got his lovely book Good Morning Aztlan signed. I asked if he knew Jaime and Gilbert Hernandez brothers, creators of the alternative comic series Love and Rockets. I met the Hernandez brothers at Small Press Expo, a local independent comics convention, two years ago. The Hernandez Brothers, also from East Los Angeles, are the same age as the band, and are huge music fans. Jaime, it turns out, did the cover for the Town and the City, and Louie has the original art.

Here are some pictures of Los Lobos performing at City Winery on Dec. 21, 2018. All photos copyright and courtesy of Ben Eisendrath. 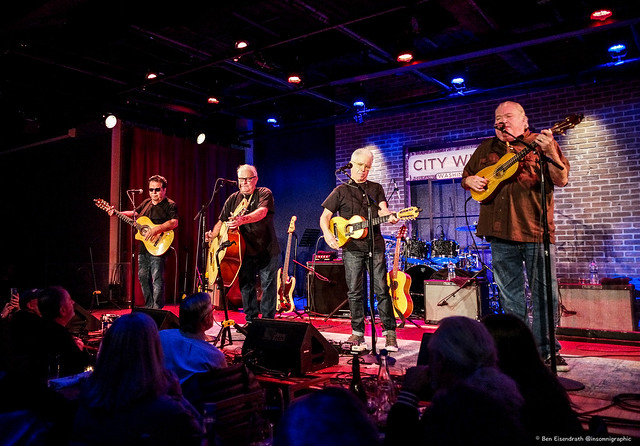 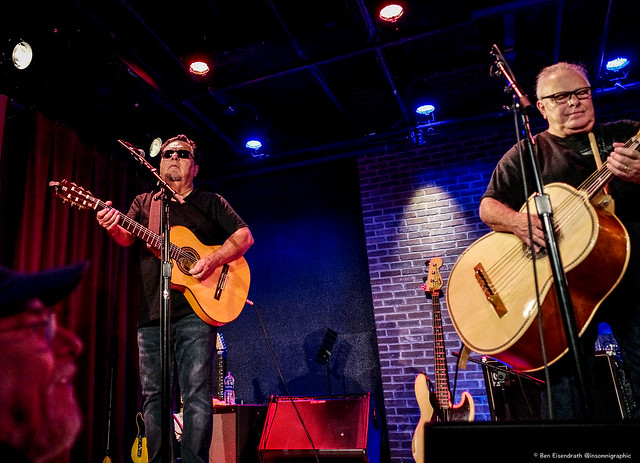 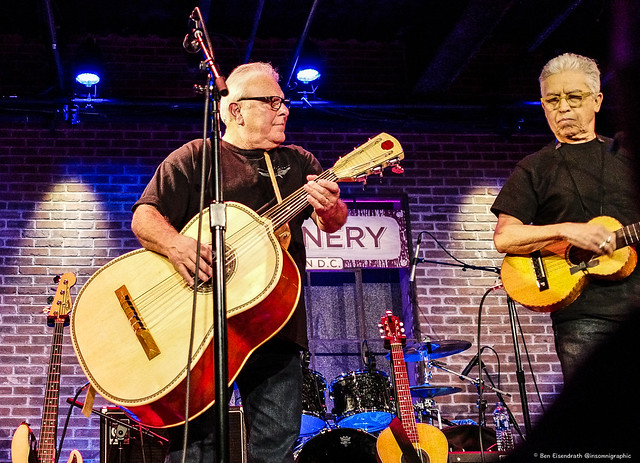 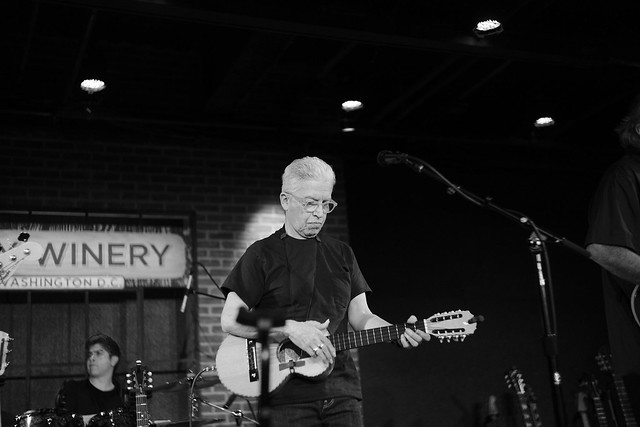 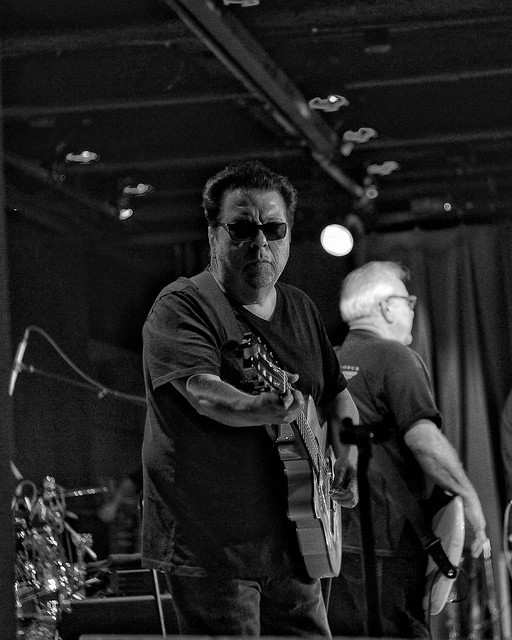 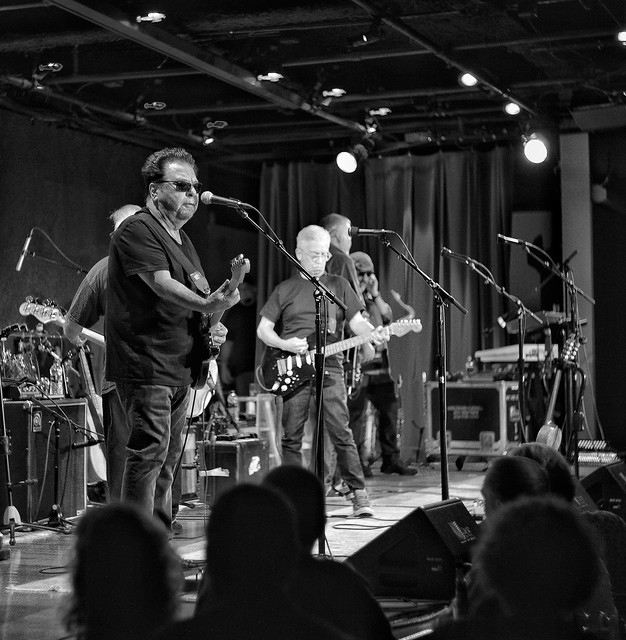 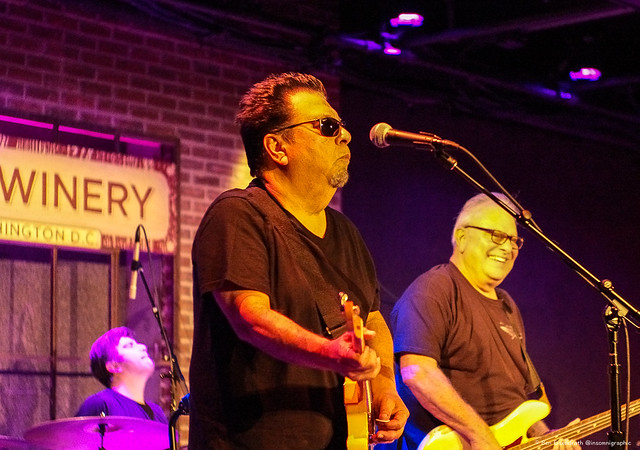 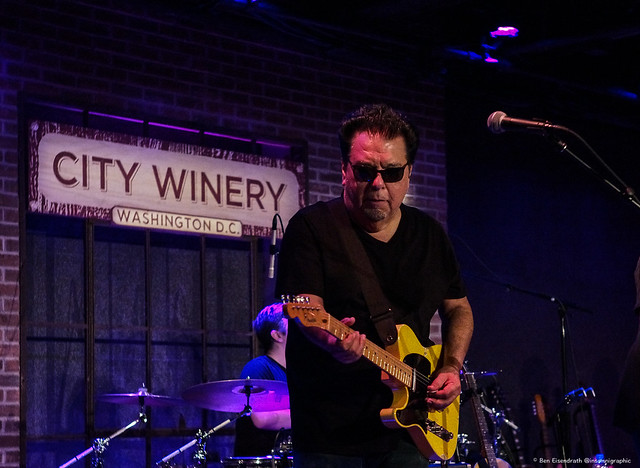