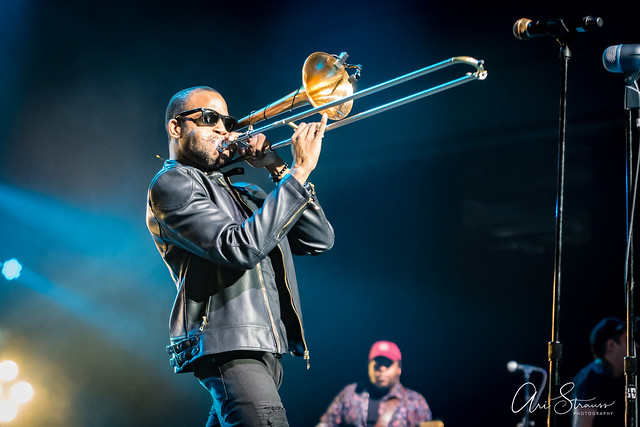 Trombone Shorty performs at The Anthem on Dec. 31, 2018. (Photos by Ari Strauss)

With vibrant notes, Trombone Shorty blasted an energetic and enthusiastic crowd at The Anthem into the New Year as the clock struck 2019.

Interrupting the set only for a brief 10-second countdown to midnight, bandleader Troy Andrews — Trombone Shorty himself — and his band Orleans Avenue rang in the new year with their signature blend of funk, R&B, and jazz.

Although outside the weather was a typically cold and misty DC evening, inside it might as well have been a red-hot New Orleans dance hall as the group opened the set with original songs like “Where It At” and “Backjump” and then moved through covers like The Meters’ “It Ain’t No Use” and Allen Toussaint’s “On Your Way Down.” Troy deftly led the band and crowd through the upbeat set, bounding across the stage with an infectious exuberance, igniting a spark of vitality throughout the venue and into the new year.

There was perhaps no better way to close out the year than with the show that opened with Trouble Funk, warming their hometown crowd with renditions of “Pump Me Up” and “Trouble Funk Express,” among others. The opener was followed swiftly by the legendary George Clinton and Parliament Funkadelic, who opened with “Super Stupid” and hypnotized the crowd with songs like “Give Up the Funk (Tear the Roof off the Sucker),” “Flashlight,” “Atomic Dog,” and a particularly gorgeous rendition of “Maggot Brain.”

The Anthem performance on New Year’s marked Trombone Shorty & Orleans Avenue’s second appearance in the DC area in 2018. The band also headlined its Voodoo ThreauxDown summer tour appearance at Wolf Trap. The tour, whose lineup also included Galactic and Preservation Hall Jazz Band, was a celebration of the city of New Orleans’ tricentennial anniversary. (Check out ParkLifeDC’s coverage of the Voodoo Threauxdown at Wolf Trap on Aug. 17, 2018.)

Born into a family of musicians in New Orleans’ Tremé neighborhood, Troy first picked up the trombone at age four. “My parents pushed me toward trombone,” jokes Troy, “because they didn’t need another trumpet player.” There is an adorable photo hosted on the Wikimedia Commons site showing Troy at age five during the 1991 New Orleans Jazz and Heritage Festival which clearly illustrates how he got the nickname, “Trombone Shorty.”

By eight, Troy led his own band in parades, halls, and even bars (They’d lock the doors so the police couldn’t come in.) By his teens, Troy played shows abroad with the Neville Brothers and after graduating high school, he joined Lenny Kravitz’s band.

Since 2009, Troy leads his own band, Trombone Shorty & Orleans Avenue. They’ve released four albums since that time. The NYE setlist spanned the band’s entire catalog, including several numbers from the most recent album, Parking Lot Symphony, which was released in 2017 via Blue Note Records.

Trombone Shorty & Orleans Avenue has an active touring schedule over the next several weeks, the highlight of which is opening for the Foo Fighters, who headline the grand opening of The Fillmore New Orleans on Feb. 15. (Fun Fact: The Foo Fighters also headlined The Anthem’s grand opening on Oct. 12, 2017.) Visit the band’s website for more information and additional tour dates.

Check out some photos of Trombone Shorty & Orleans Avenue appearance at The Anthem on Dec. 31, 2018. All photos copyright and courtesy of Ari Strauss. 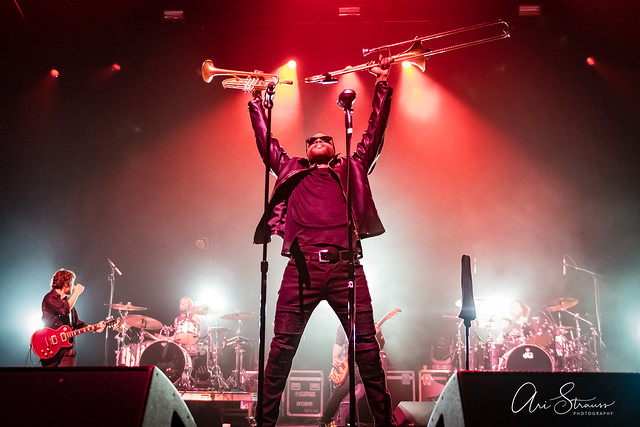 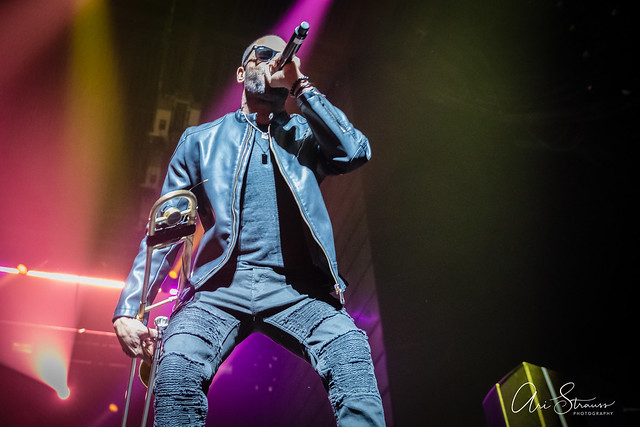 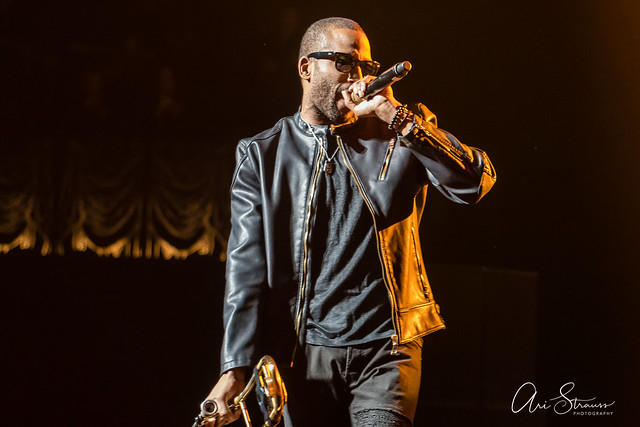 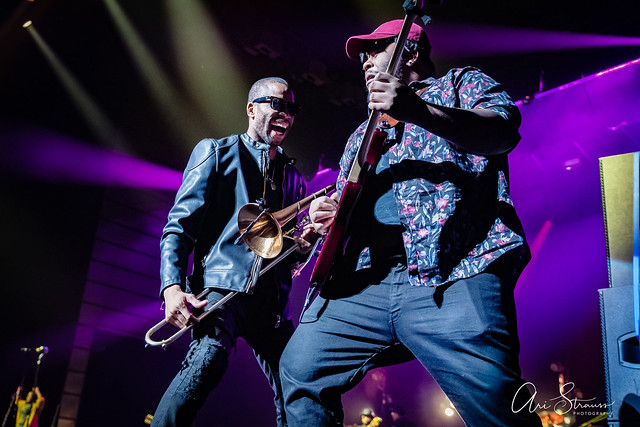 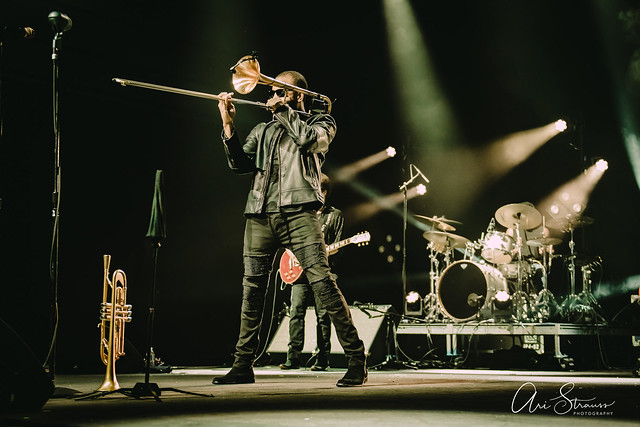 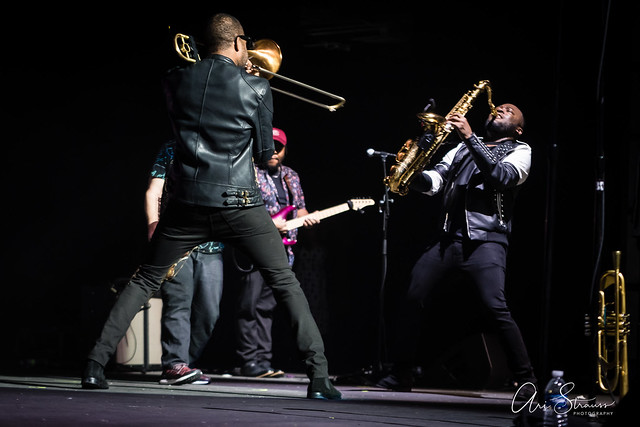 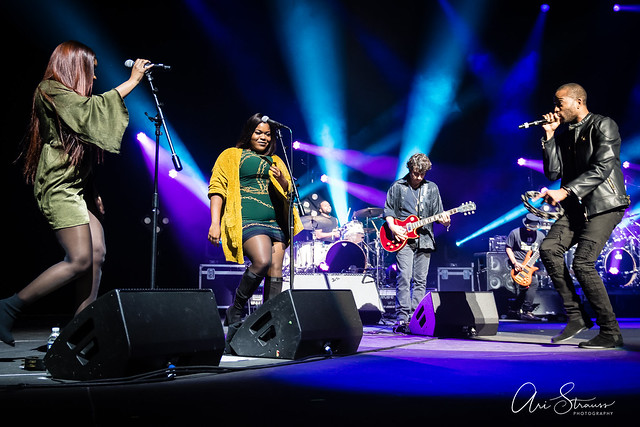 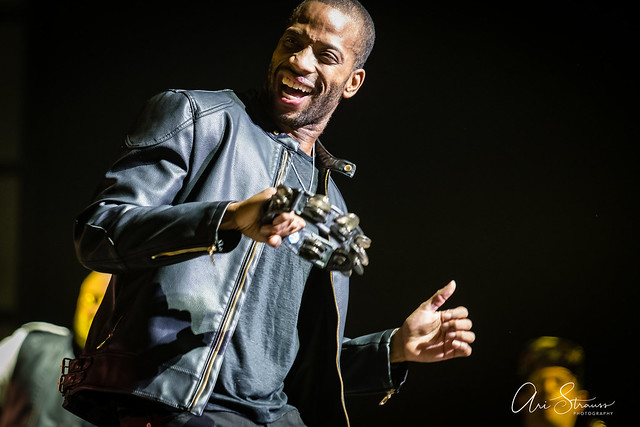 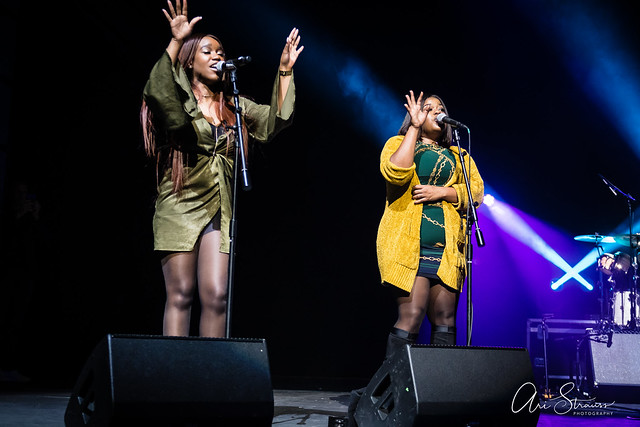 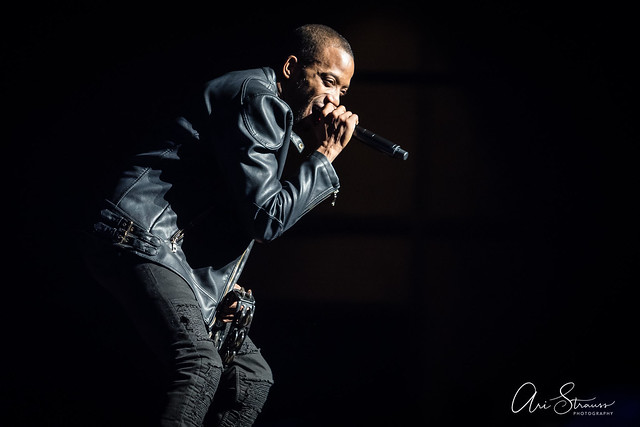 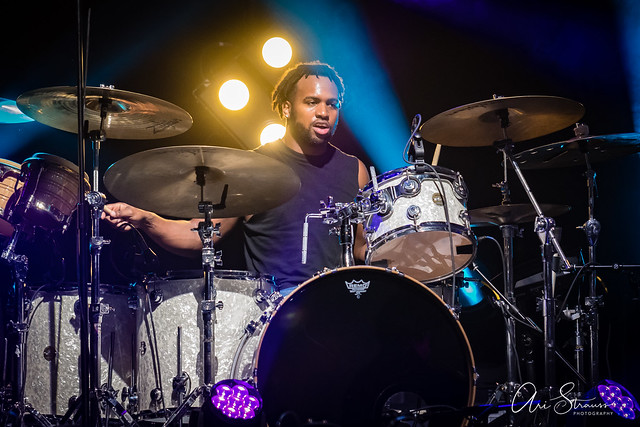 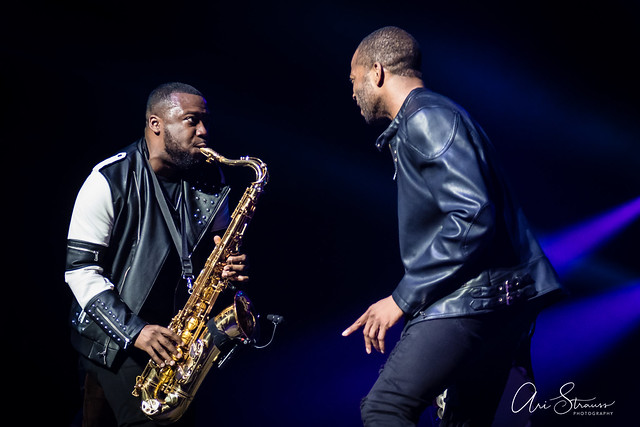 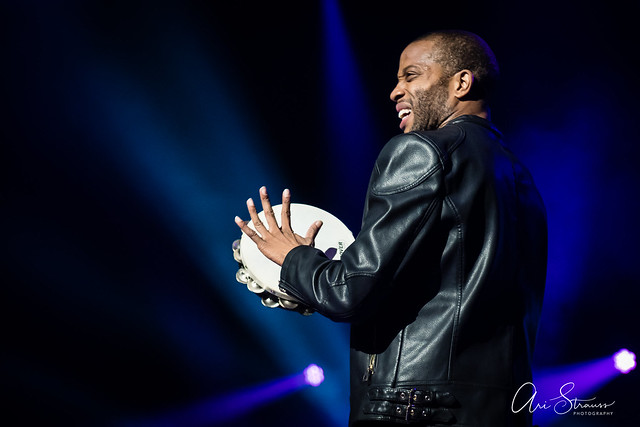 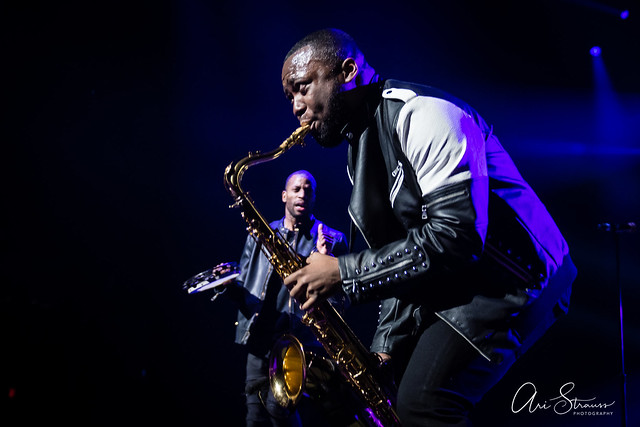 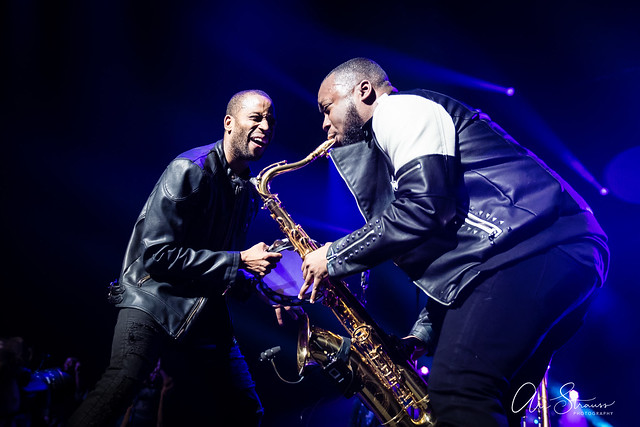 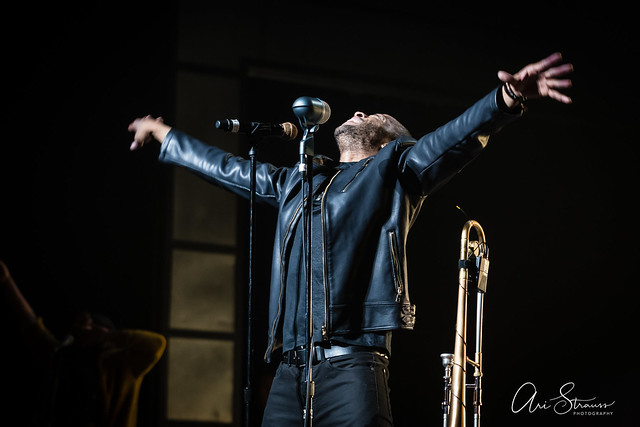 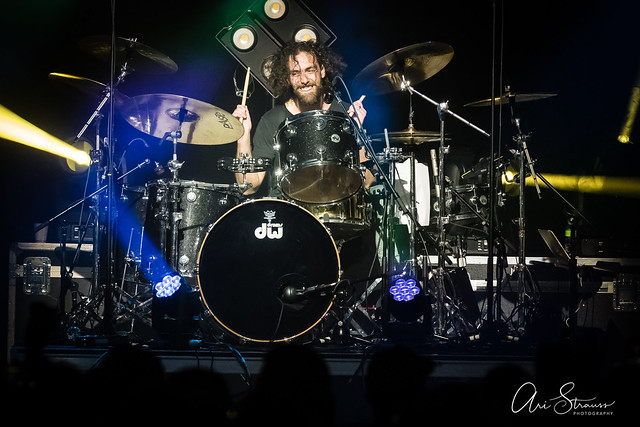 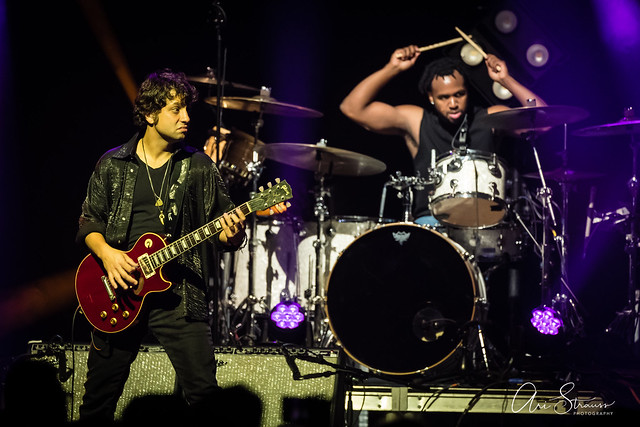 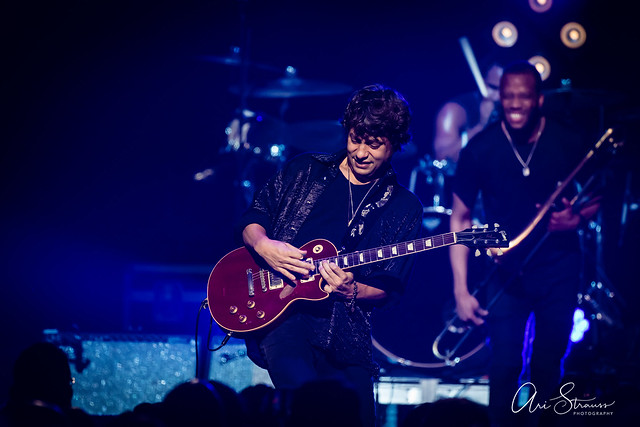 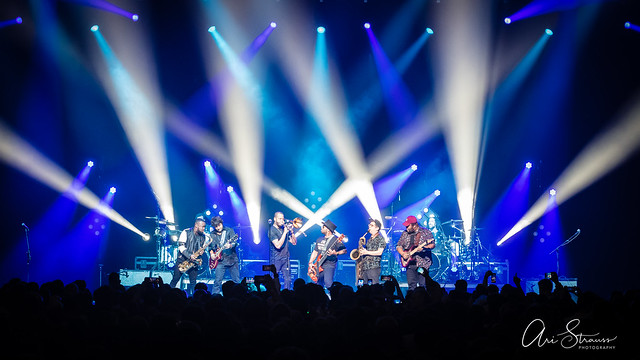 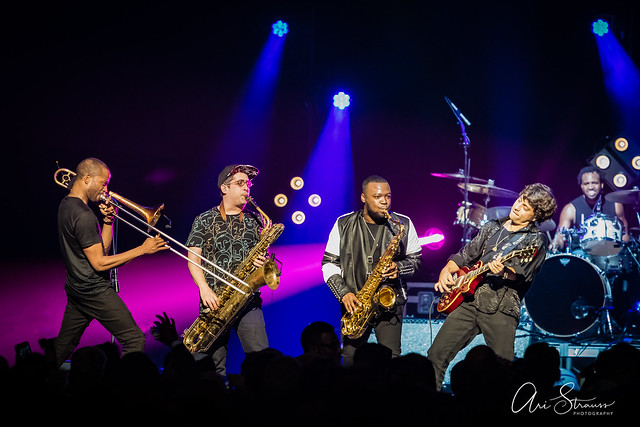 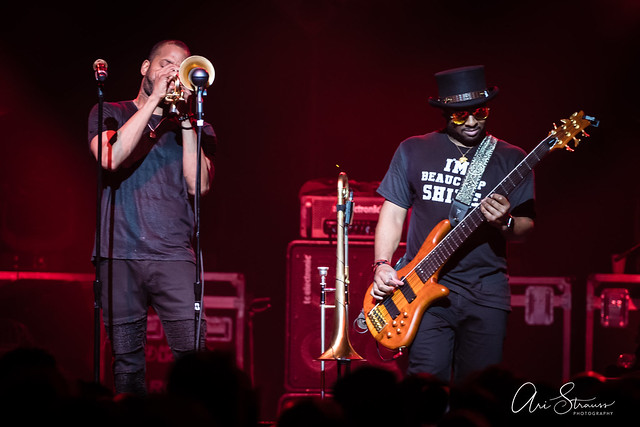 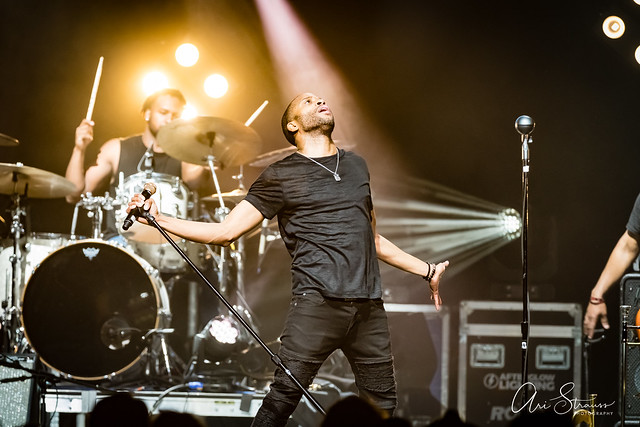 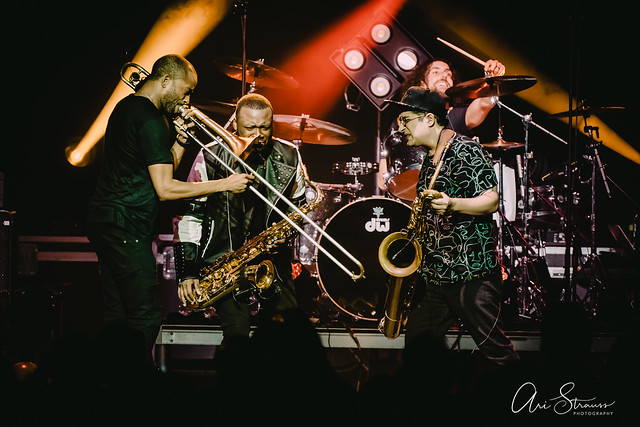 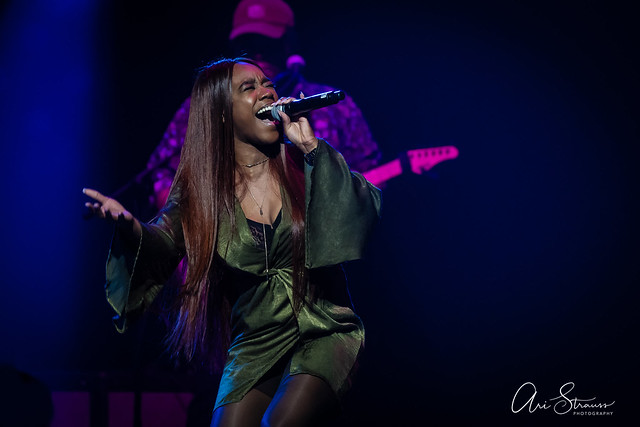 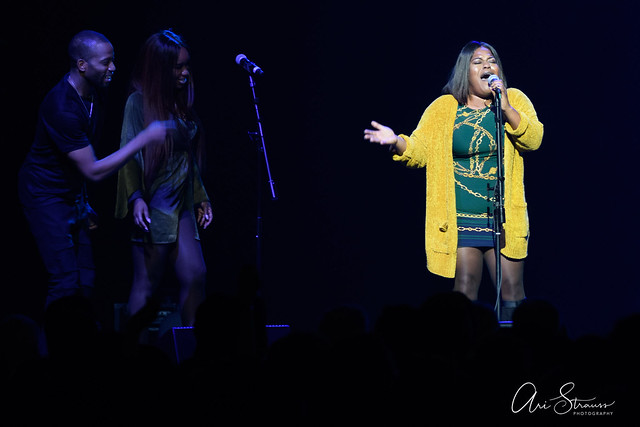 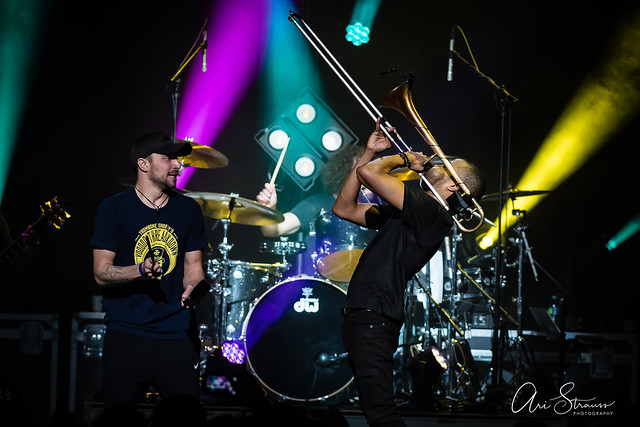