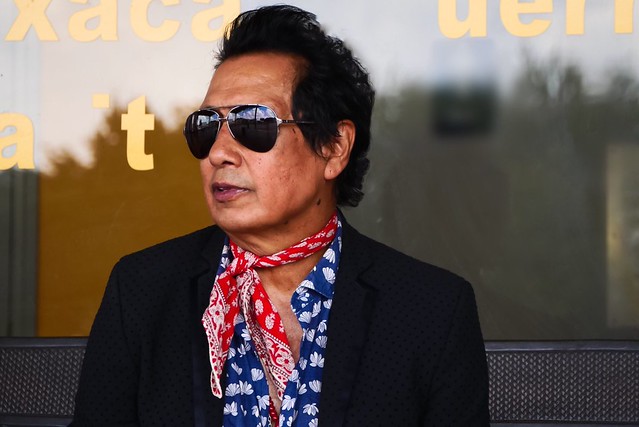 Punk legend Alejandro Escovedo released a new album, The Crossing, in September via Yep Roc Records. He visits City Winery DC on Tuesday, Jan. 15 for a stop on The Crossing Tour.

On the album, Alejandro collaborated with the Don Antonio Band, who come along on the tour as opening and partner band.

The Crossing consists of a 17-song suite about a journey. It tells the tale of two boys, one from Mexico, one from Italy, who meet in Texas to chase their American rock ‘n’ roll dreams. They discover a not-so-welcoming, very different place than they imagined

“This says more about me than any of my records without it being a record about me,” Alejandro said.

Alejandro has created a “sonically diverse” work with music ranging from orchestral numbers to classic rock to bursts of ’70s punk, according to a press release.

Watch Alejandro Escovedo perform “Outlaw for You” live on Saturday Sessions for CBS This Morning in September 2018:

Said Alejandro of the Don Antonio Band, which he discovered in Italy, “My thoughts seem to fit very well with their kind of playing, the instrumentation we had, and the way they approach it. They’re not a rock band. They aren’t a band that grew up playing New York Dolls covers. They grew up playing their own cinematic music. When we get into this orchestral thing, they totally embrace it.”

“The Crossing proves another way forward for our one-man Johnny Thunders, Joey Ramone, and Neal Cassady,” said Tim Stegall in a review for the Austin Chronicle.