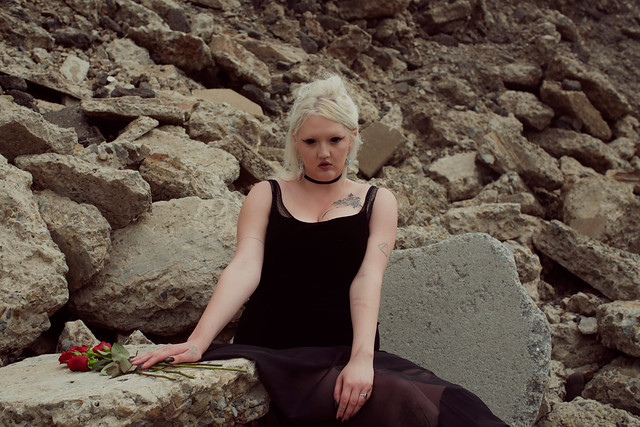 In 2016, Cash Askew, guitarist for Them Are Us Too, died in the infamous 2016 Ghost Ship club warehouse fire in Oakland, leaving her partner Kennedy Ashlyn to start anew.

Kennedy poured her grief into a new project SRSQ, which became about rebirth. She’s continuing that journey on tour with a date at Songbyrd Music House on Sunday, Feb. 10.

SRSQ (pronounced seer-skew) evolved to explore “nuances inherent in loss such as bittersweet nostalgia, re-imagining oneself, navigating paradox, and reconciling the unreal,” according to a press statement. To that end, SRSQ released Unreality, the project’s debut studio album, via Dias Records last fall, bursting with ambient synthesizers and emotive vocals in an effort to merge sound and feeling.

Watch the official music video for “Permission” by SRSQ on YouTube:

In a review for Pitchfork, Larry Fitzmauricendescribes SRSQ as a move forward.

“This is anti-gravity music, emptiness surrounding synth beds and brittle drum machines; save for the perpetual build of ‘Permission,’ Unreality conjures a foggy ambience through which Ashlyn’s high-wire exhortations weave. It all evokes the essential early days of 4AD — specifically, Cocteau Twins and goth-minded kin of their time — and the long-running Pacific Northwest label Projekt, which still specializes in this type of ethereal darkwave,” Larry wrote.