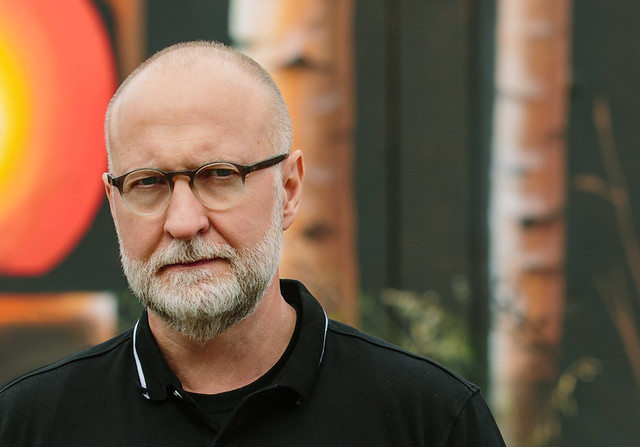 Bob Mould releases Sunshine Rock, his new album, on Friday via Merge Records, and then he drops by 9:30 Club for a show on Thursday, Feb. 14. Spend Valentine’s Day with the Bob Mould Band!

For much of the past three years, Bob has lived in Berlin, Germany. There, he found inspiration for “Sunshine Rock,” an ode to sunshine.

“Almost four years ago, I made plans for an extended break,” Bob said. “I started spending time in Berlin in 2015, found an apartment in 2016, and became a resident in 2017. My time in Berlin has been a life-changing experience. The winter days are long and dark, but when the sun comes back, all spirits lift.”

“‘Sunshine Rock’ was such a bright, optimistic song, and once that came together, I knew that would be the title track, and that really set the tone for the direction of the album,” Bob said. “It was funny, because writing with that as the opener in mind, it was like, ‘This is not Black Sheets of Rain.’”

“Humbled and grateful” to bring us music new and old, Bob kicks off his new USA tour at 9:30 Club, which is always happy to welcome him.