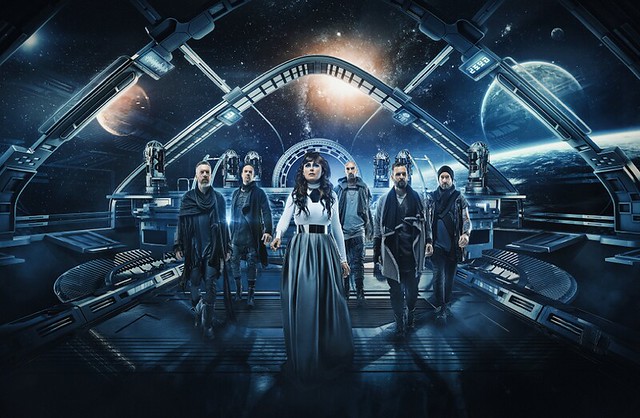 Dutch symphonic metal collective Within Temptation released Resist, the band’s seventh studio album, on Feb. 1, and their accompanying tour of the United States takes them to Rams Head Live on Thursday, Feb. 28.

Resist marks a departure for Within Temptation. The record is armed with 10 anthemic tracks, driven by grand melodies and dark hooks. It brings a futuristic take on metal to the table — both instrumentally and thematically. “Resist is a true milestone for us. If it wasn’t for Resist, Within Temptation wouldn’t be here anymore,” the band said.

“With this record, we’ve taken inspiration from modern music and gave it a face — a very dark one,” said singer Sharon den Adel. “Sometimes, it feels that today’s pop music lacks a rebellious edge. Our main goal was to collect pieces from sounds we did like and roughen it up as much as we could, resulting in a surprisingly new musical world that is heavier, dirtier and more futuristic than we’ve ever created before. Resist is our take on metal in a new way: to give modern music its rebellious edge.”

Watch the official music video for “Raise Your Banner” by Within Temptation featuring Anders Friden on YouTube:

In a review for Kerrang!, Steve Beebee hailed the rejuvenated band.

“Rather than making huge stylistic leaps in their mission to shake themselves back into life, what Within Temptation have created with Resist doesn’t feel jarring or off-kilter. It’s a variation on a theme, an essential realignment of this fantastic band’s energy. The result is a superb, invigorated record that invites you to wake up, as they have done, in a brave, bold and beautiful new world,” Steve wrote.