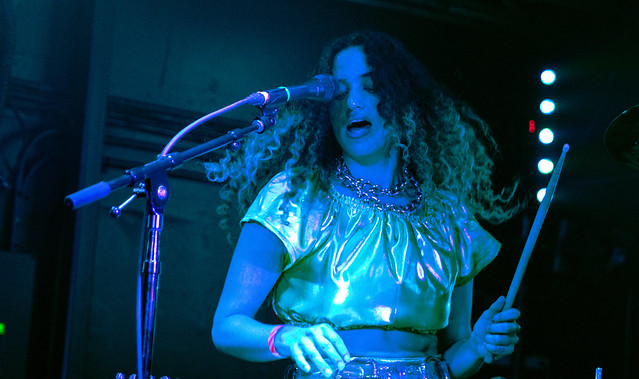 Lorly Rodriguez, better known as Empress Of, performed last night at the Rock and Roll Hotel on the first stop of her new tour recently. The crowd was super amped for her to come out.

Her sophomore album US came out in the summer of 2018. Her album is a cohesive album, laid out perfectly with a mix of dream pop and retro synth sound. “I Don’t Smoke Weed“ and “Just the Same“ are perfect examples of her style within the album.

Stream Us by Empress Of on Spotify:

Empress Of mixes Spanish lyrics throughout Trust Me Baby, which adds an element of Lorely in her music. As she identifies herself as a first generation Honduran-American, the way first generations from Latin-American countries are use to code-switching with friends and family.

It’s a nice touch to go from English to Spanish throughout the verse and bridge. Throughout the whole set, I can tell that she’s comfortable in her own skin. The crowd wasn’t ready for her to leave at the end of the show, but an encore was imminent. She wasn’t sure if we were gonna like her selection, but we were ready for whatever was coming our way.

Empress Of sang a slow down song, “Again,” and a song she wrote for Blood Orange, “Best to You.” It was unexpected and amazing encore that me and my new friend John jumped up and down with joy.

Her tour continues in Brooklyn, NY on Friday (Feb. 22) through March 10, ending in San Diego. Here are some pictures of Empress Of performing at the Rock and Roll Hotel on Feb. 18, 2019. All photos copyright and courtesy of Brenda Reyes.