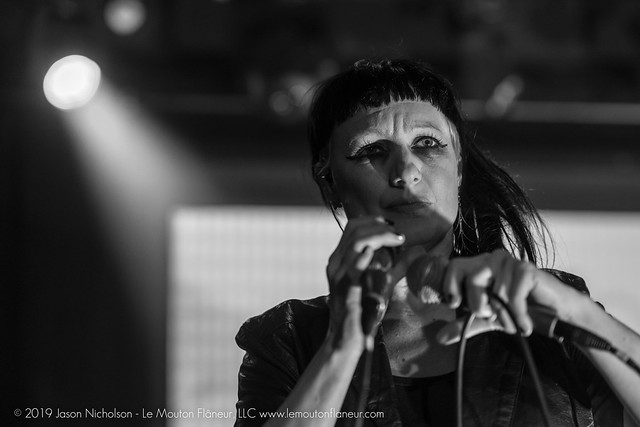 Adult. — the husband and wife synthpop team of Adam Lee Miller and Nicola Kuperus — opened Cold Cave Tuesday at Union Stage in a striking reminder of the tools they keep in their dancefloor arsenal.

With Nicola darting and slithering from side to side at the front of the stage and Adam anchored in the back on synthesizer, Adult. poured through 10 crisp EBM tunes that beckoned you to dance. Adult. again proved the rare EBM band with an alluring persence, performance chops, and magnetic chemistry capable of mature reflection while shaking one’s booty. Heck, there is no need for us to single out EBM bands — as in this case Adult.’s welcome character and comfort on stage should gain top marks for any band of any genre. This duo knows how to make good use of space.

And when making use of space, they do so physically and sonically. In the show on March 5, Nicola peered intently from the stage as bright lights fell upon her. Using two microphones, she hissed and smirked, strutted and slid, as she sang. Adam, his impossibly cool hair poised as if shaped by his very music, rained synthbeats over the crowd with the presence of an engineer who could maybe moonlight as a classic movie star.

Seven selections from their 10-song set hailed from This Behavior, a seventh studio album and a welcome grasp of their dance tune bonafides, released by Dais Records last September.

Stream This Behavior by Adult. on Spotify:

By the latter half of the set, Adult.’s songs had the pleasantly full room dancing the night away. Recent tracks “Violent Shakes” and “Perversions of Humankind,” which ended the set, served as a clarion call to bound in place or across the floor to sonic waves of full synth power. Thematically, Adult. demonstrated an interest in illusion versus reality but also in a manifestation of the moment — a kind of celebration of impermanence. I would call them refreshingly “old school” in their mastery of synthpop and also in Nicola’s appealing, straightforward vocal delivery, which smacks most assuredly of a stark parallel to Siouxsie Sioux.

Adult. remain on tour with Cold Cave and Vowws through March 22, when they wrap in Los Angeles. This bill is well worth your time as each of the three acts bring a distinct personality to intelligent synthpop that while dark interests itself in melodies and presentation more so than in mindless noise. All three acts are welcome ambassadors of dark electronic pop.

Here are some pictures of Adult. performing at Union Stage on March 5, 2019. All photos copyright and courtesy of Jason Nicholson. 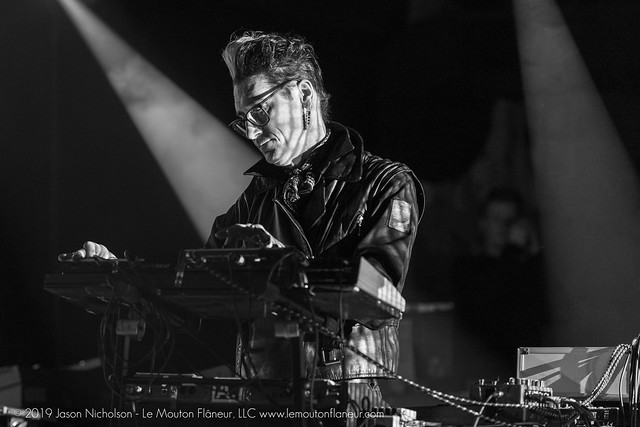 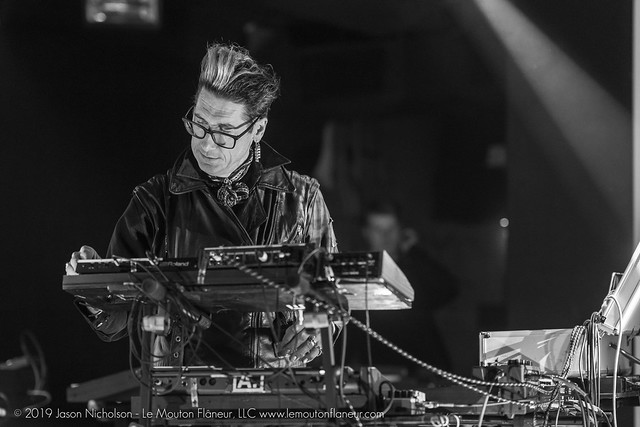 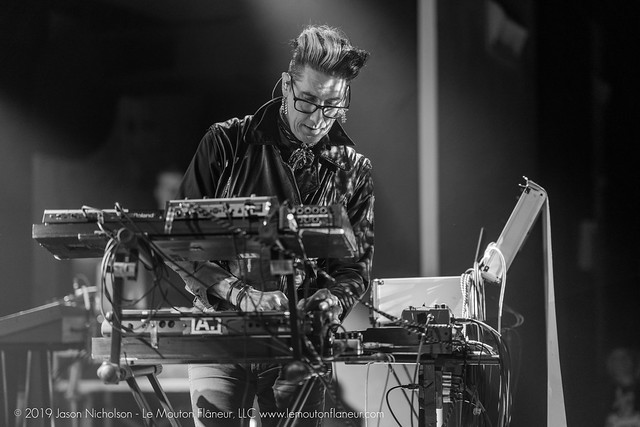 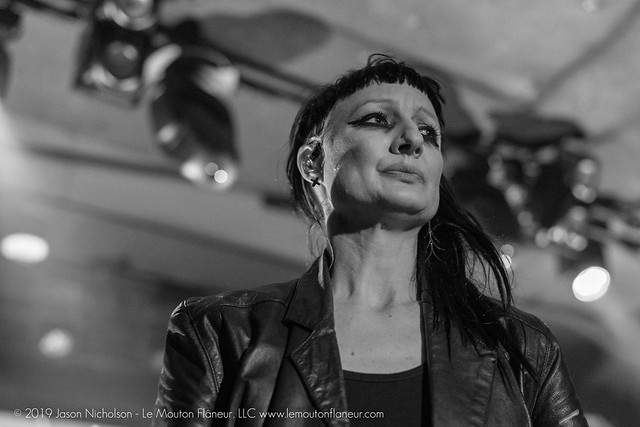 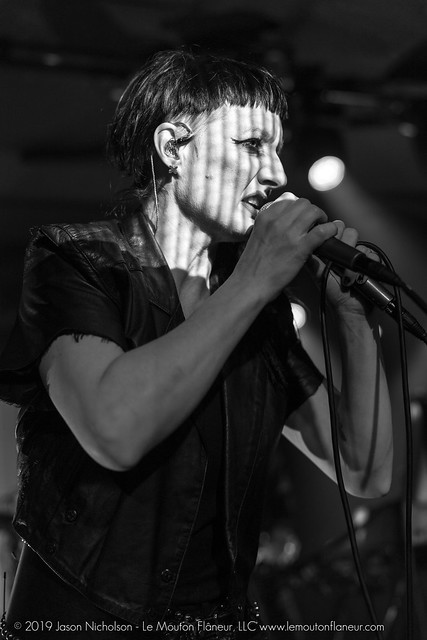 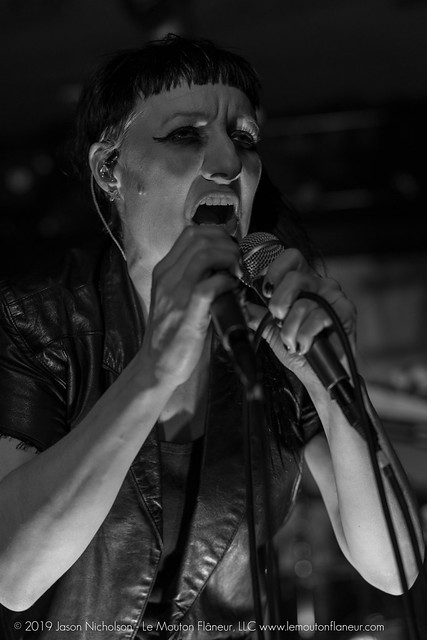 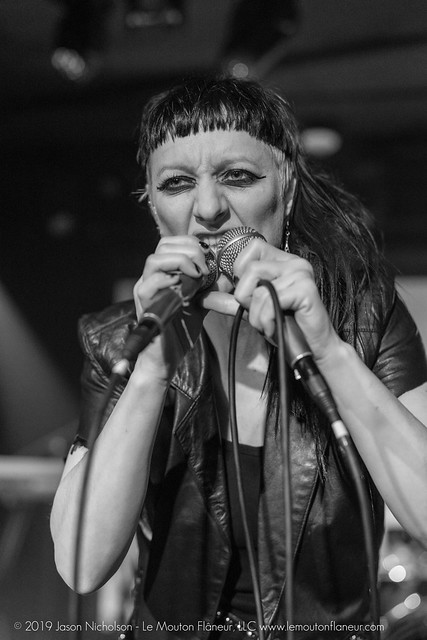 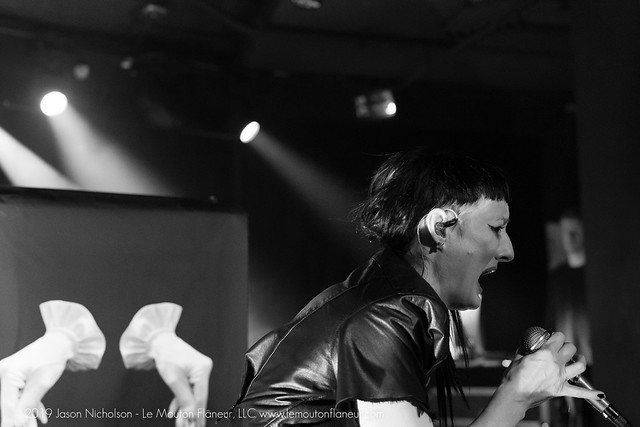 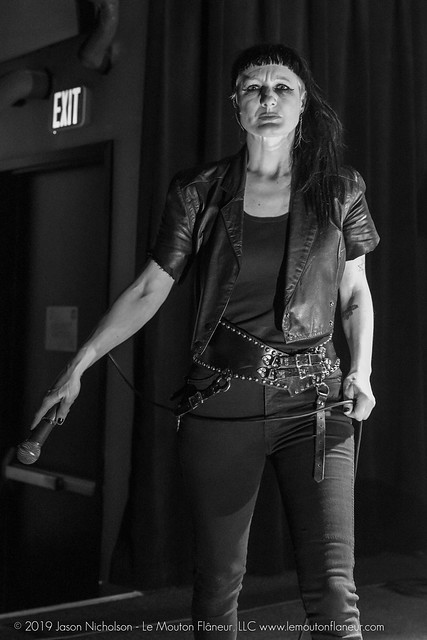