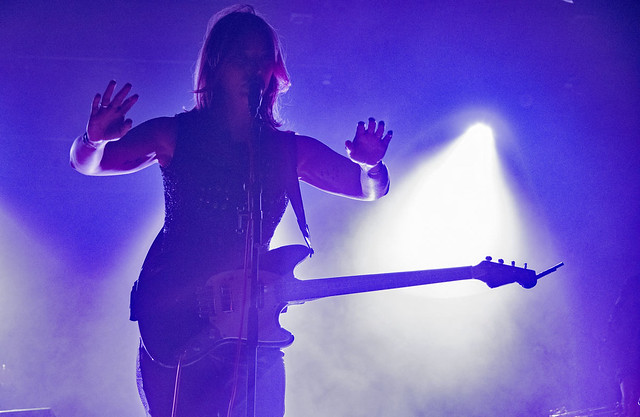 After weeks (months, really) of promising myself I’d see Luna Honey perform live — and missing several opportunities — the stars aligned and I finally got the chance to see this local DC band at Union Stage recently.

Drawing on influences as varied as The Birthday Party, Morphine, Nico, Swans, and 4AD (the record label), this quartet achieves a sound that (as their bio notes) “builds from darkly hypnotic to feverishly unmoored.” But for rock aficionados like myself, hearing subtle echoes of Zeppelin’s “Kashmir” makes Luna Honey’s music immediately familiar –and all the more remarkable due to the absence of a drummer providing a big, heavy backbeat. Therein lies Luna Honey’s secret (or charm, as it were): Despite the heavy wall of sound, “murky bass grooves, unhinged distortion, and haunted vocals,” the pieces exhibit a clear melody, rhythm, and as Madeline noted, a musical sense of “push and pull.”

Luna Honey was born on a honeymoon (get it?) when Maura and Levi vowed to dedicate their first year together to producing a full album of original music. In April 2017, they recruited Ben. By that fall, the trio was recording songs for what would become their first full LP, Peace Will Grind You Down (BLIGHT.Records). Released in July 2018, the songs deal with issues of maturity, guilt and fear, and finding life balance. Perhaps more importantly, though, questioning the status quo is at the heart of Luna Honey’s music as one might glean from “Intention’s” lyrics:

“And the tyrant in his parasitic opulence is sure
That the rustling in the bushes is a false provocateur
All the pundits nod their faces, taking solace in the truth
That the strong will always triumph and that steady wisdom always conquers youth.”

The ambivalence contained in these words is striking. Is the singer merely raging against the powers that be, or issuing a veiled threat to those who would wield total control? During a road trip to Philadelphia in 2017 with Maura and Levi, Benjamin had insisted that the artist has the obligation and duty to use her/his talents to create work that is original and meaningful. By creating songs with such thought-provoking lyrics against musical tapestries that transcend mere rage-rock, Luna Honey has tapped into art that transforms its influences into something original and meaningful, indeed.

To fill out its live sound in February 2018, the three original members made the unconventional choice to bring in Madeline Billhimer, a move that speaks to the band’s unique, risk-taking style. Rather than add another guitar, keyboards, or a drummer, opting for the soothing, yet powerful sound of baritone sax gives Luna Honey’s live performances a unique musical dimension. To document that sound, this past September Luna Honey released a cassette, Peace Lives (BLIGHT.Records) that features live versions of songs from Peace Will Grind You Down, as well as two previously unreleased tracks, that captures the spontaneity of Luna Honey’s live performance.

Luna Honey plays frequently around the DC area and is in the process of recording its next album. Find more music and live performance information on the band’s website.

Here are some pictures of Luna Honey performing at Union Stage on March 10, 2019. All photos copyright and courtesy of Mark Caicedo. 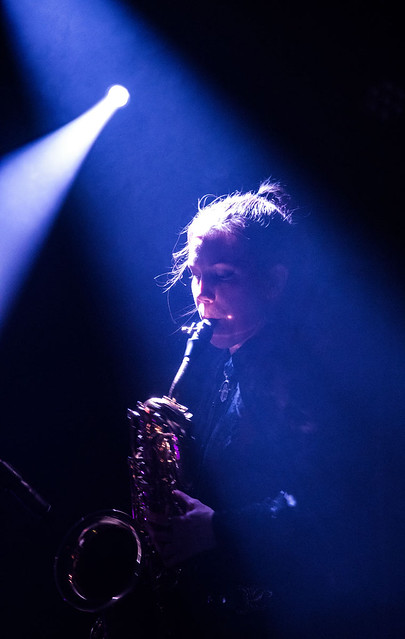 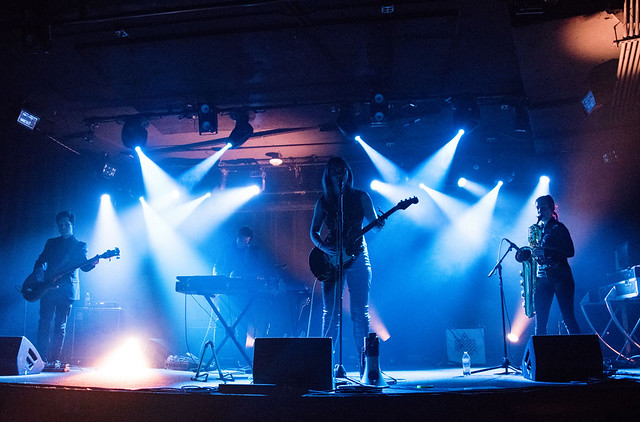 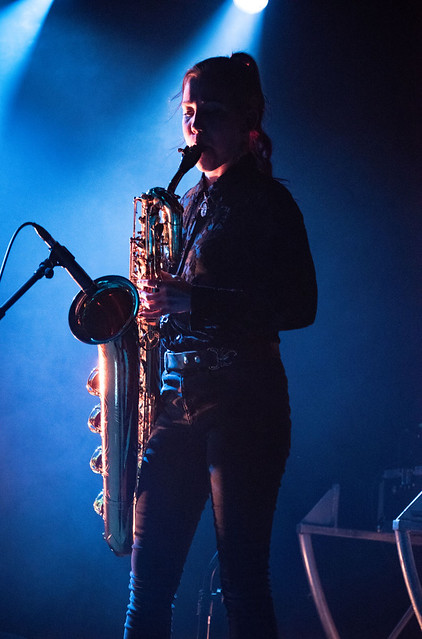 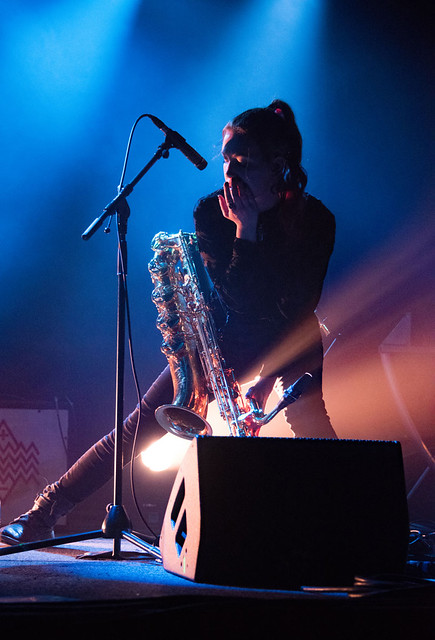 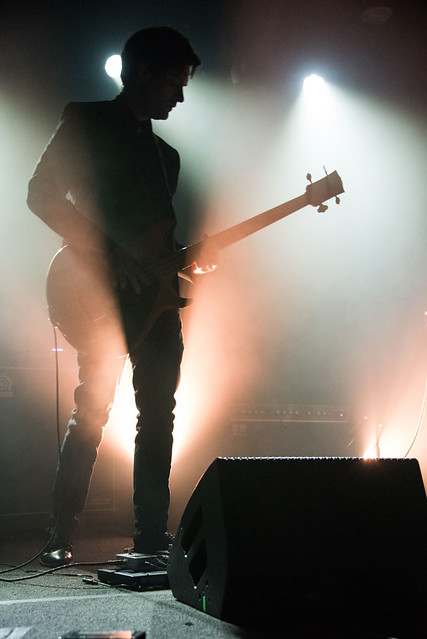 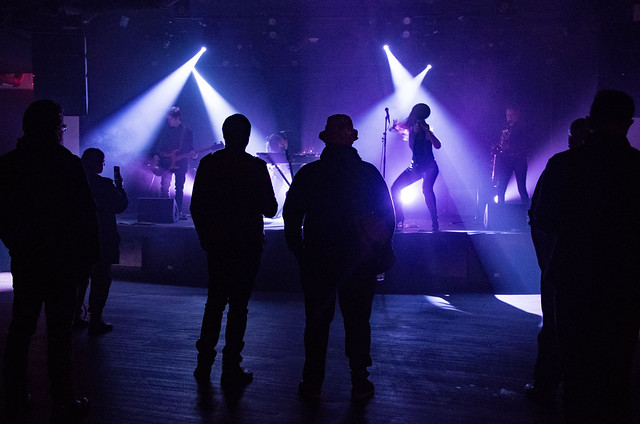 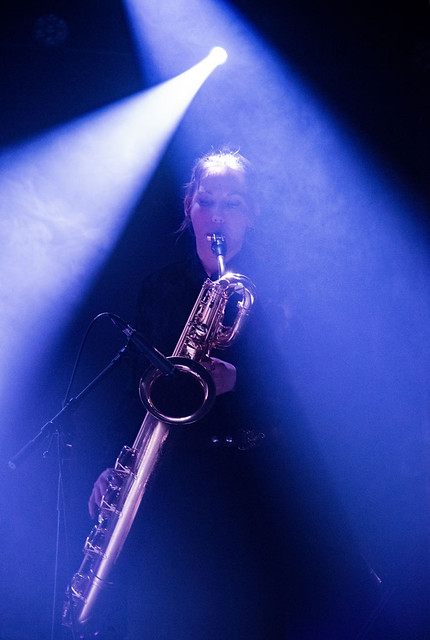 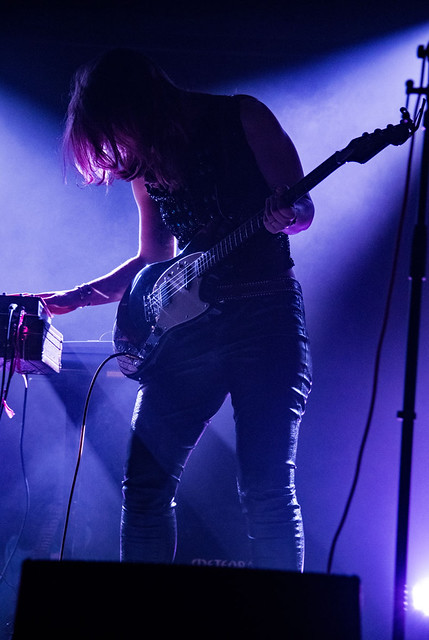 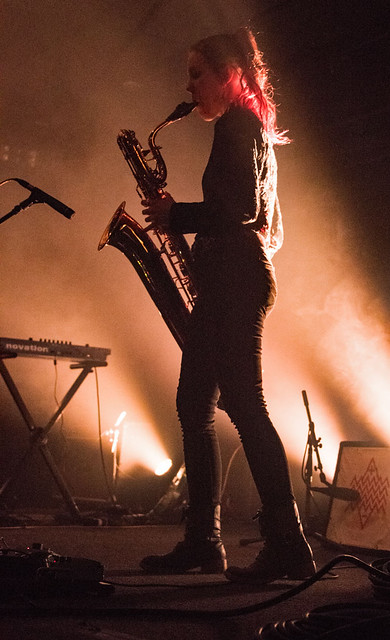 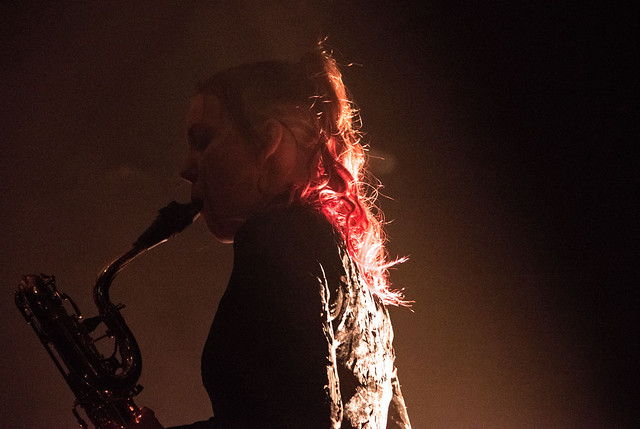 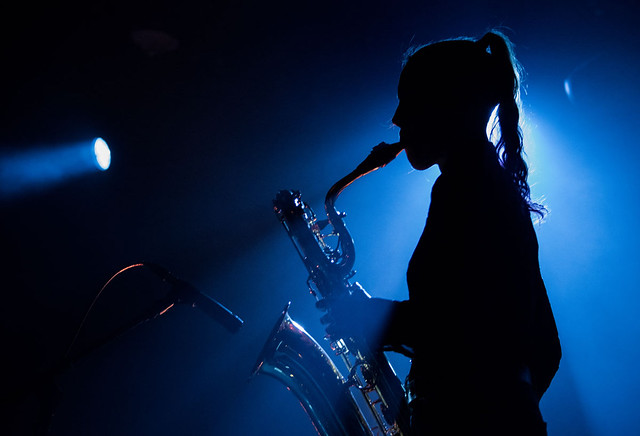 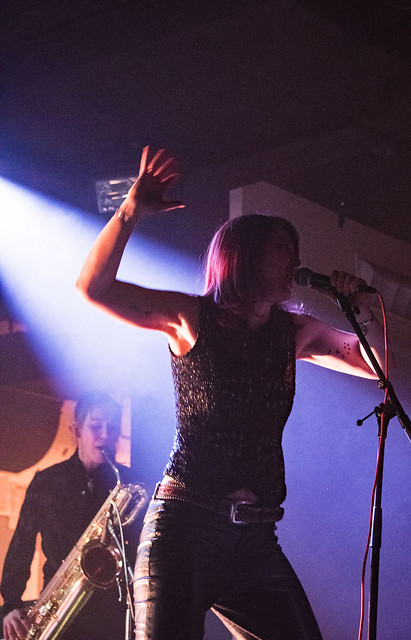 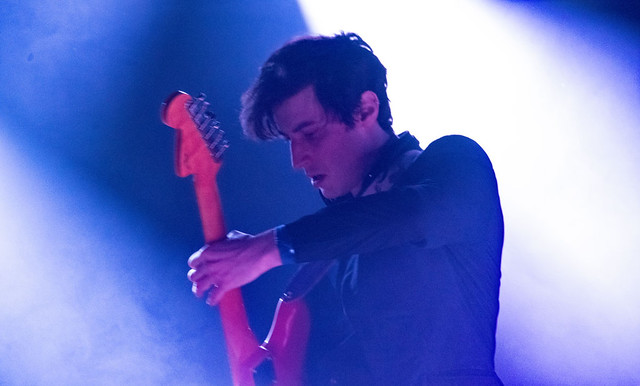