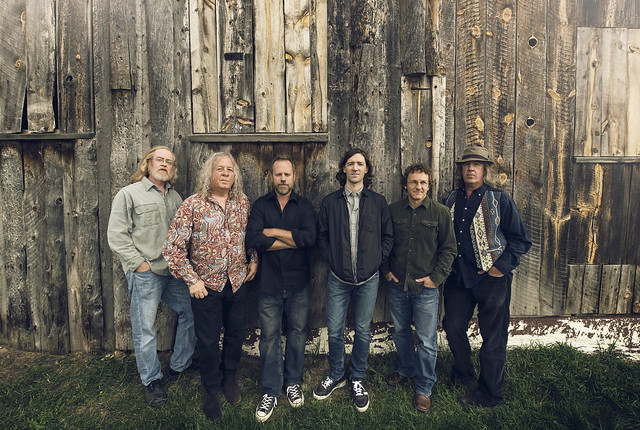 New Jersey progressive bluegrass band Railroad Earth comes to 9:30 Club for a two-night stand on Friday, March 22, and Saturday, March 23. See the gents on the night of your choice or buy a discount ticket package for both nights!

Of the band’s music, John said, “Our M.O. has always been that we can improvise all day long, but we only do it in service to the song. There are a lot of songs that, when we play them live, we adhere to the arrangement from the record. And other songs, in the nature and the spirit of the song, everyone knows we can kind of take flight on them.”

Watch the official music video for “Blazin’ a Trail” by Railroad Earth on YouTube:

In a review of Captain Nowhere for Grateful Web, David Atchley praised the collaborative spirit of Railroad Earth.

“Exposing a wonderful maturity throughout, Todd, Tim, John, Andy, and Andrew each freely offer one another all the space they need to create a multidimensional experience, while at the same time bringing about a singular effect. I marveled over, and deeply appreciated, the openness in which this small sample of songs was delivered,” David wrote.

Buy a ticket package for both shows on March 22 and 23!