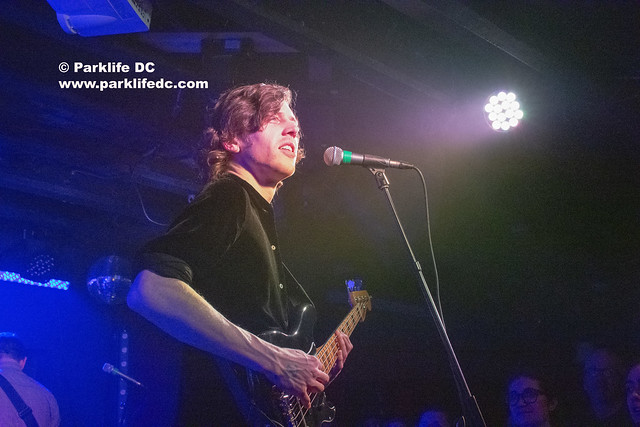 Frontman Dave Monks and company were in good spirits, their laidback rocker attitudes belying their serious talents and capacity for an endless stream of catchy songs. In October, Tokyo Police Club released TPC, their fourth full-length album, which garnered a Juno Award nomination for Alternative Album of the Year. The nomination and an invitation to perform at the Juno Awards prompted Tokyo Police Club to cut short their tour and fly back to Canada, thus cutting two nights at DC9 down to one very packed evening.

Early in the show, Tokyo Police Club performed most of the selections from TPC, an album that successfully captures the spirit of the band’s early days of loose, jangly feelgood music. Opening with “New Blues,” Dave immediately sets the audience at ease with his heartfelt earnestness, delivering the accessibly appealing song with a bit of a twang. Soon, Tokyo Police Club played “Hercules,” a standout selection on the new record, and it’s a bit of a salute to having no regrets. On bass, Dave clearly enjoyed himself while shouting along to the chorus with guitarists Josh Hook and Graham Wright.

Josh and Graham often connected behind Dave onstage to create a forcefield of jagged guitar reverb as they played off one another with carefree kinetic energy. Other times, Josh laid down memorable guitar riffs solo from his corner of the stage, crouching down to focus inward on his guitar on songs like “Simple Dude.”

There was plenty of time for old favorites as well, particularly in the last half of this generous show. In the last leg of the concert, Tokyo Police Club performed “Nature of the Experiment” from their amazing debut EP, A Lesson in Crime, placating anyone in the audience eager to hear their earliest stuff. Even more dancing broke out to the give-and-take rhythms and clever lyrics of “Nature.”

The band reached back to 2007 to close with “Your English Is Good,” perhaps Tokyo Police Club’s most memorable song, which appears Elephant Shell, their first full-length album. Drummer Greg Alsop truly drove the song into our heads in the best way possible with a crashing blast of snappy clicks, beats, and cymbals. Everyone went home happy.

Tokyo Police Club remain one of the most underrated bands on the planet in our opinion. If you like classic four-man rock bands, you cannot find much more infectious or contemplative music, depending on your mood, than Dave and his bandmates. They are cut from the same cloth as Bloc Party, Local Natives, and Joy Formidable (while of course forging their own sound and identity) while somehow still remaining under the radar for a lot of folks.  Put the next Tokyo Police Club show on your calendar. (Check out their website for their touring schedule.)

Here are some pictures of Tokyo Police Club performing at DC9 on March 15, 2019. All photos copyright and courtesy of Mickey McCarter 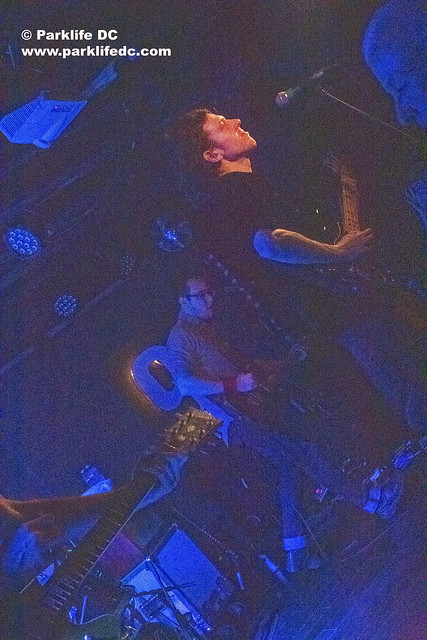 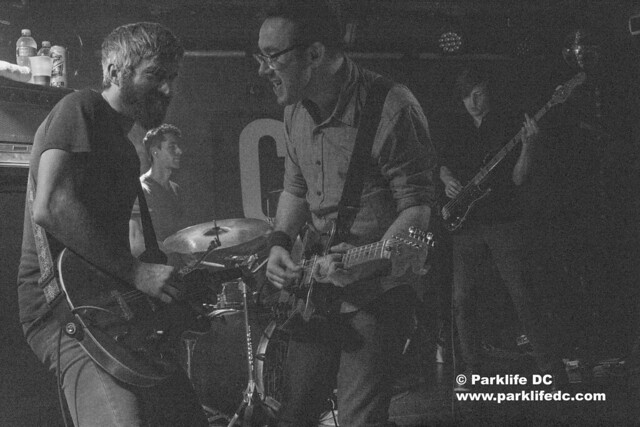 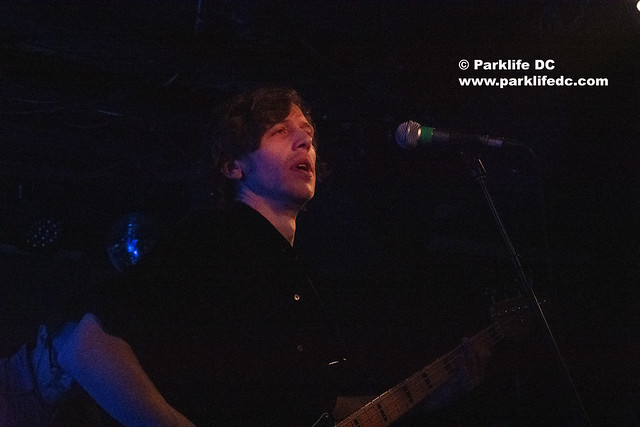 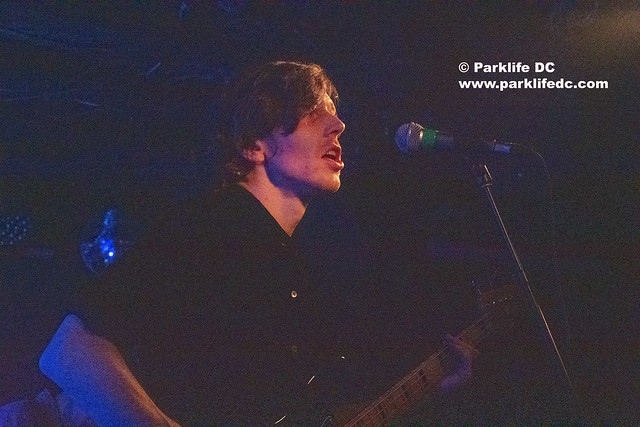 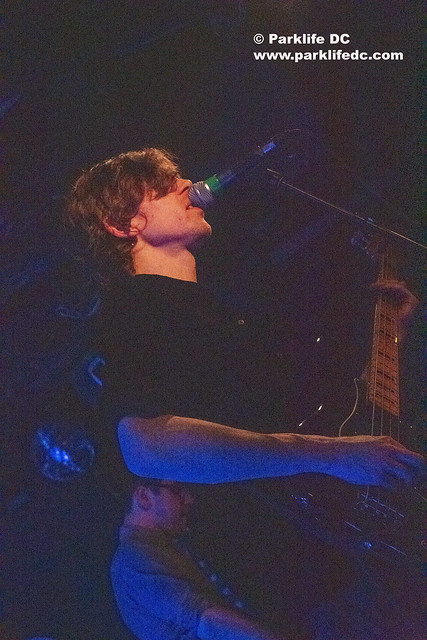 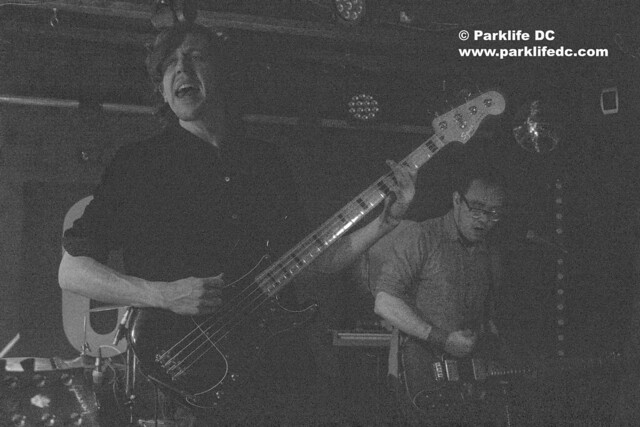 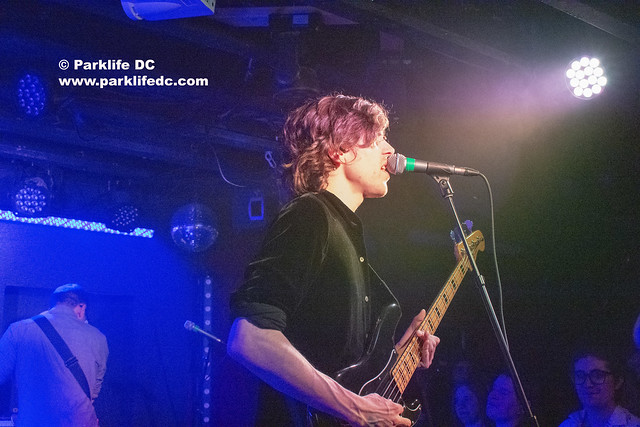 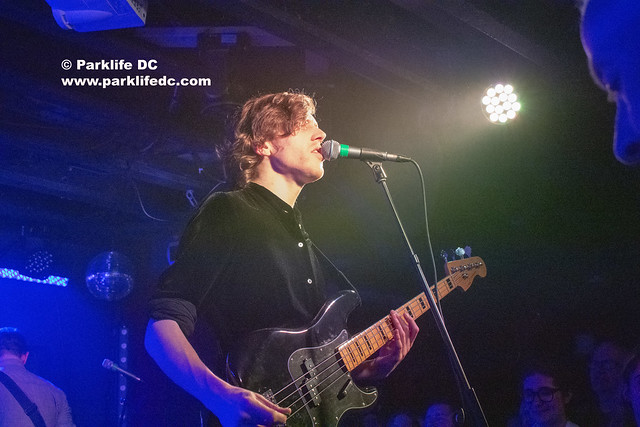 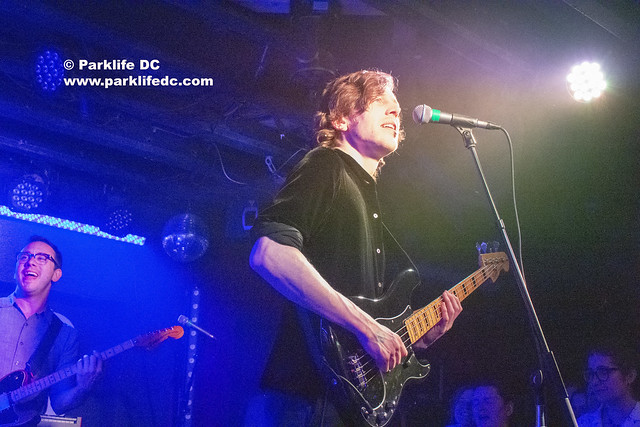 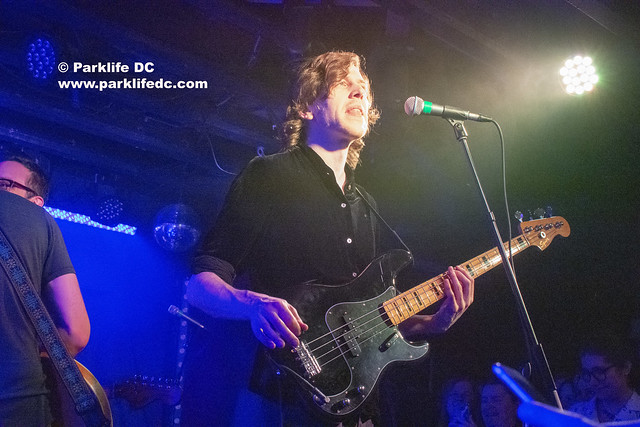 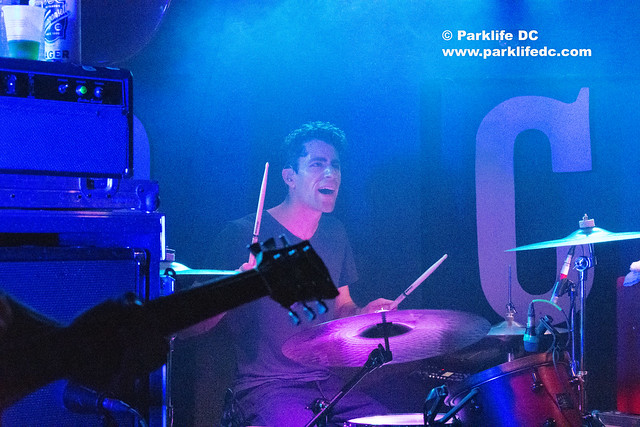 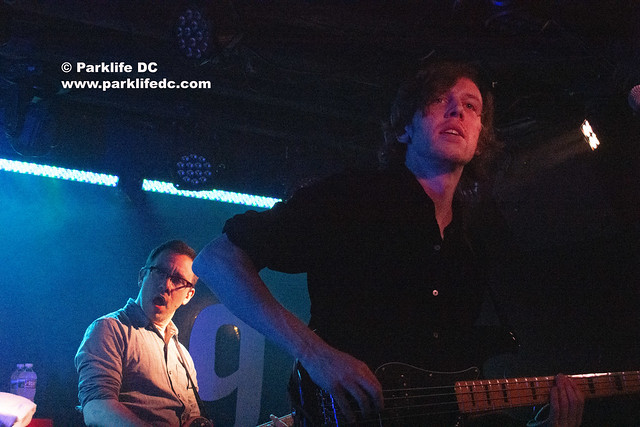 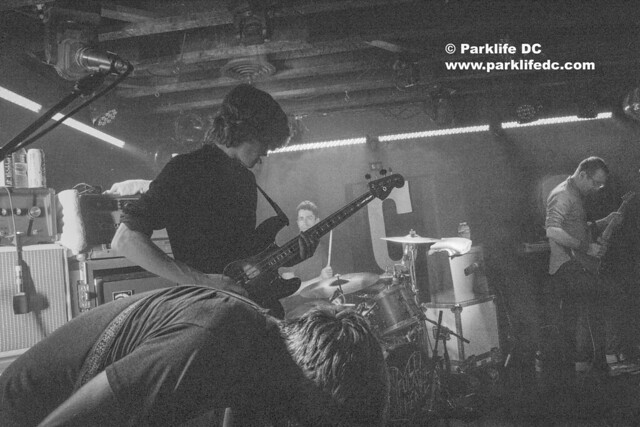 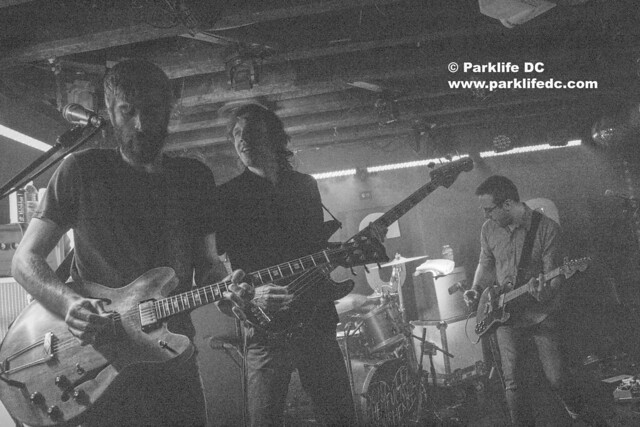 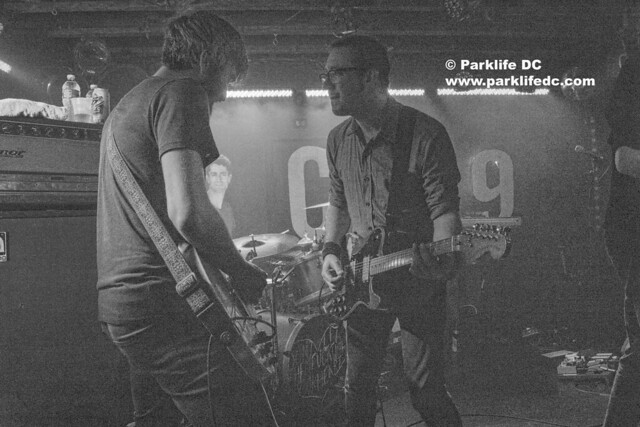 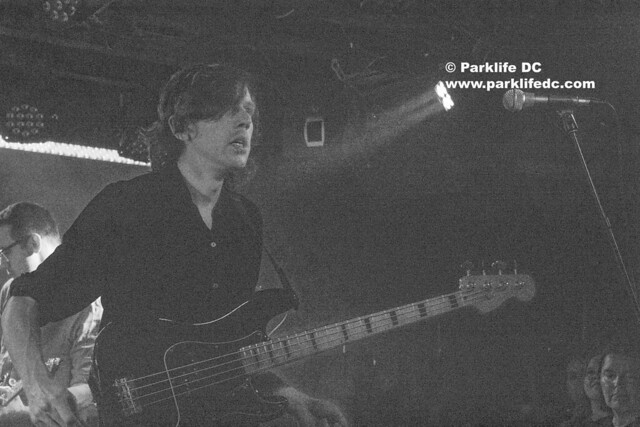 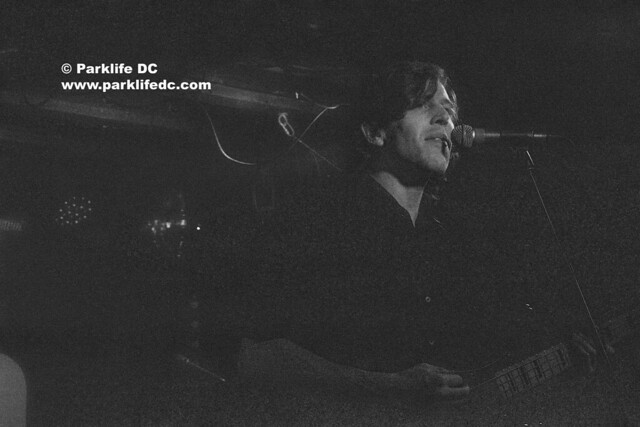 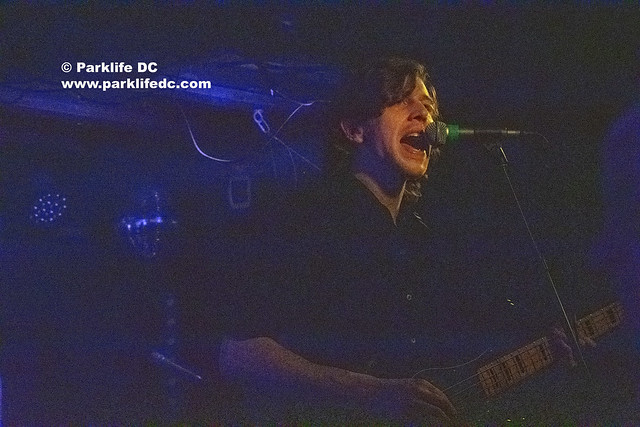 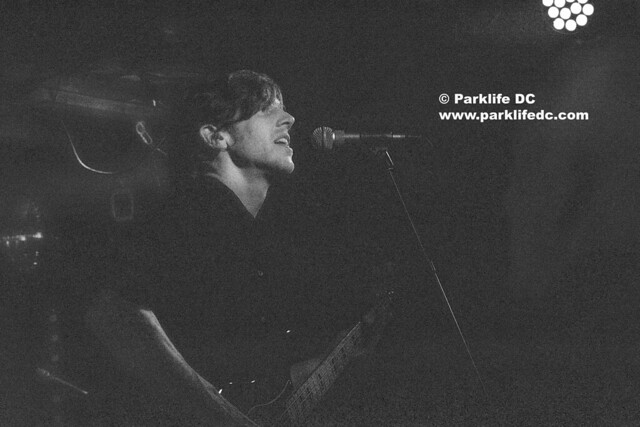