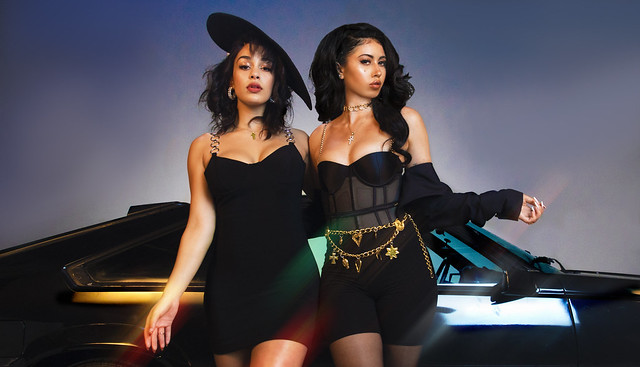 Following a sold-out run across North America last year, Colombian-American singer Kali Uchis is teaming up with English R&B singer Jorja Smith for a show at The Anthem on Sunday, April 28.

Named one of the best of the year by Rolling Stone, NPR, Billboard, GQ, Uproxx, Stereogum, Noisey, SPIN, PopMatters, and others, Kali’s debut album Isolation “is a star turn from an artist who has proven she’s ready for it,” says Pitchfork, who also included the LP on its Best Albums of 2018 list. “In the abundant femme art-pop brilliance of this year, Kali Uchis’ bilingual debut album, Isolation, announces her as a genre-defying visionary.”

Watch the official music video for “After the Storm” by Kali Uchis ft. Bootsy Collins and Tyler, the Creator:

Often compared to Billie Holiday and Amy Winehouse, Kali “has a baseline in R&B and often veers into the territory we used to call neo-soul. But Isolation projects how far out there she’s willing to go, exploring doo-wop, funk, bedroom pop, and reggaetón with equal enthusiasm and reverence while painting a fuller picture of herself as a dreamer, the femme fatale with around-the-way swagger who takes no shorts,” writes Pitchfork.

“I’m not really interested in just making, like, a hip hop song or making music about nothing,” said Kali to GQ. “In order to be successful, you don’t need the whole industry to believe in you or to have everyone putting their money on you. You just have to be true to yourself and allow yourself the room to grow.”

About her debut album name, Isolation, she went on, “Every song is related back to being your own person, being fine with solitude. For the majority of people, being alone is their biggest fear. But the reality of it is we’re born alone and we die alone. We’re alone in the world. And that’s OK.”