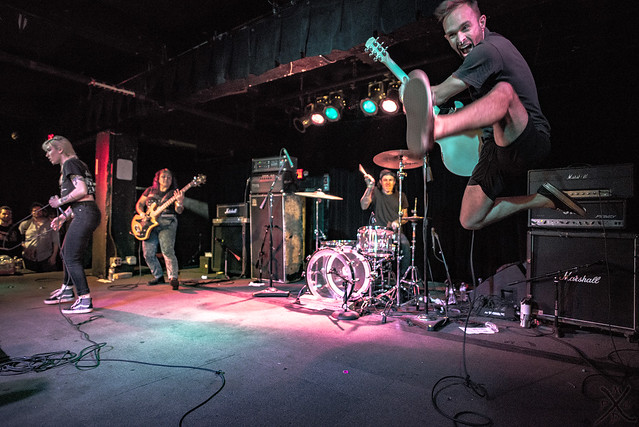 For the past seven years as the cherry blossoms along the tidal basin reach their peak, there has been a swelling of excitement within the underground punk scene. With the fragrant blooms comes DC’s Damaged City Fest — the brainchild of Nick Candela and Chris Moore.

Nick and Chris have been fixtures in the local DIY punk scene since the late 1990s and created the festival to showcase and fuel DC’s bustling DIY scene. Damaged City has since outgrown its original location of St. Stephen’s Church and recently began to utilize the Black Cat as its mainstage while also hosting festival events at Slash Run, The Pinch, and Hole in the Sky — including after-hours shows and an art exhibition. 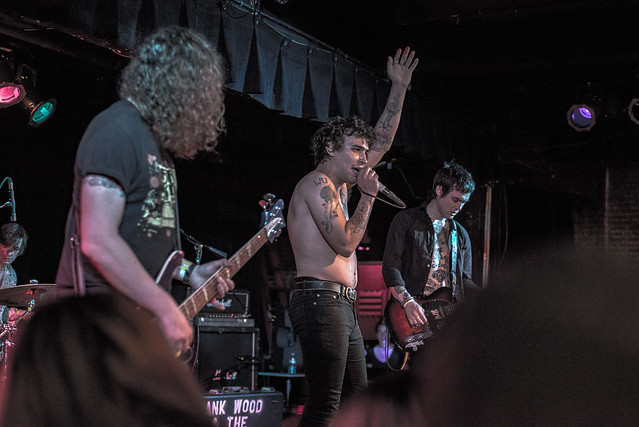 This year’s iteration of Damaged City spanned four days from April 11-14, and it featured bands from four different continents. 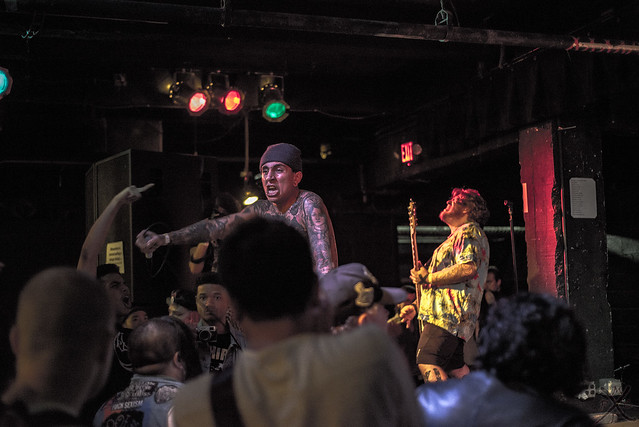 Early on Saturday’s main show, Raw Brigade from Colombia played a raucous set inspired by their straight-edge beliefs. In between songs, guitarist, Camilo Toro Moratto, explained that although straight-edge may not be a belief that everyone has, it’s important to remember to not let anything control your life. 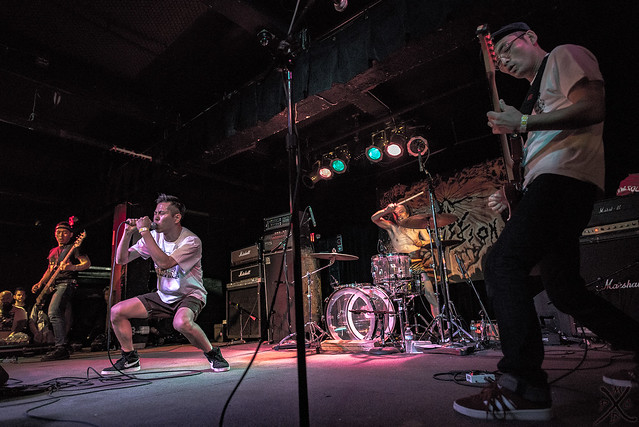 Low Vision from Japan played an amazing set that inspired quite a few stage divers despite ample signage posted throughout the building stating that stage diving and crowd surfing were strictly forbidden. Surely, the transgressors were handled appropriately, although they can’t be blamed for feeling the need to move to such an enthusiastic band. Any time the entire band can be seen stretching extensively before a set, you can believe it’s about to get real.

Aside from delivering a spectacular set in their allotted time, Low Vision made a point to deliver a powerful message about acceptance. Singer Okamura spoke a little bit about putting an end to racism. He went on to share that in Japan there is a rise in hatred against Korean migrants and that it doesn’t make sense being that we are all human beings. His message was well received as everyone cheered and continued to have a good time. 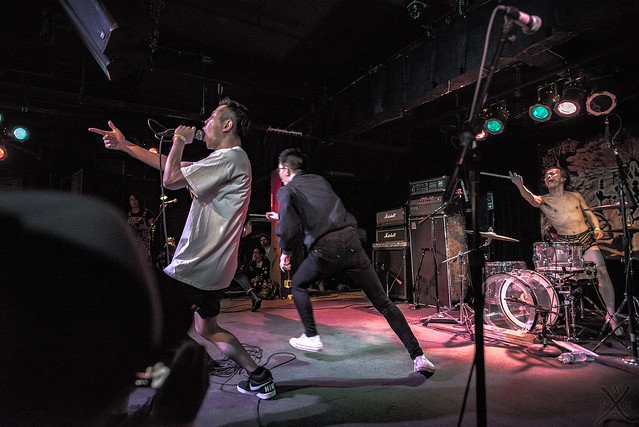 Following Low Vision was DC’s own Coke Bust, featuring Damaged City founders Chris Moore on drums and Nick Candela on vocals. Coke Bust has been an institution in the local DIY scene since 2006 — and the band was well received at Damaged City. Coke Bust plays with blinding speed and precision with singalongs that encourage audience participation. In all the excitement of their performance, Candela almost got himself ejected from the premises by way of accidental stage dive. Without toning it down too much, “Nicktape” remained cautious for the remainder of the set, but still managed to perform in the crowd with fans grabbing for his mic to sing along. 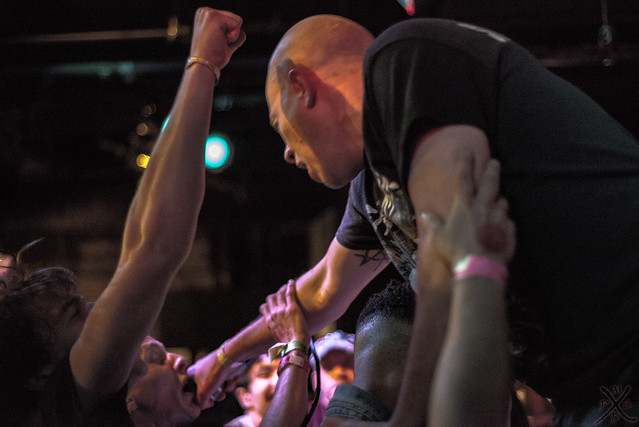 Later in the night, Haram from New York took the stage. Haram is fronted by Nader Haram, who makes Haram’s brand of hardcore unique in that he writes all of his lyrics in Arabic. The crowd’s overwhelming reception of Haram was par for the entire festival.

Damaged City Fest is a festival of inclusion, acceptance, and self-expression. Bands from all over the globe unite for a weekend of freedom to share their craft with like-minded individuals despite their differences in language and cultural backgrounds. At Damaged City it’s all about the art and support of a positive and diverse community.

Here are some more pictures of Damaged City Fest at Black Cat on April 13. All photos copyright and courtesy of Rashad Polk. 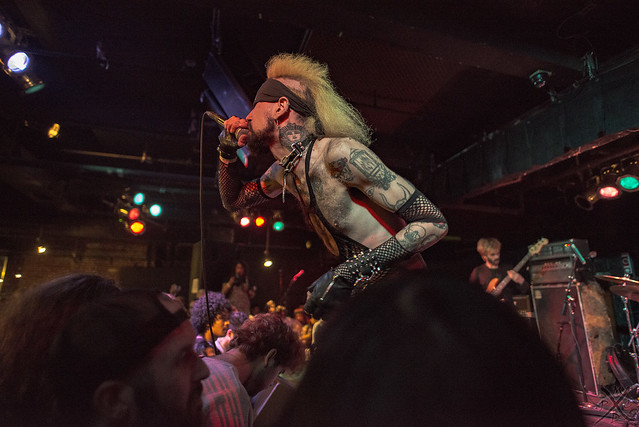 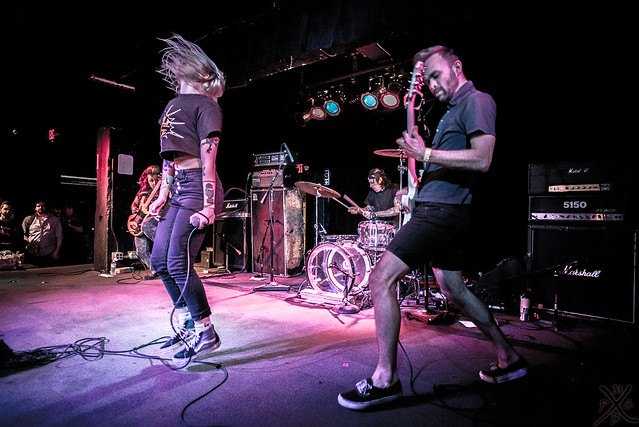 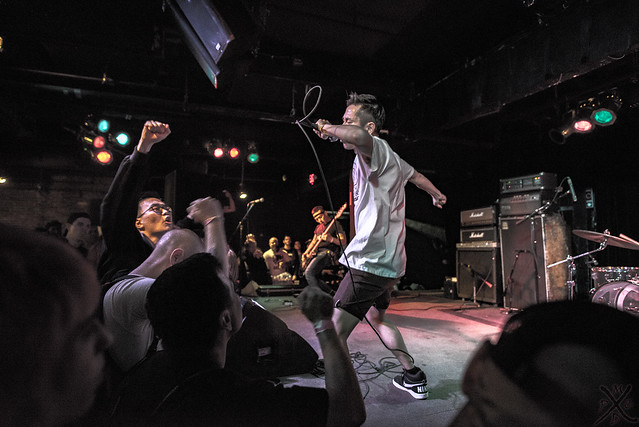 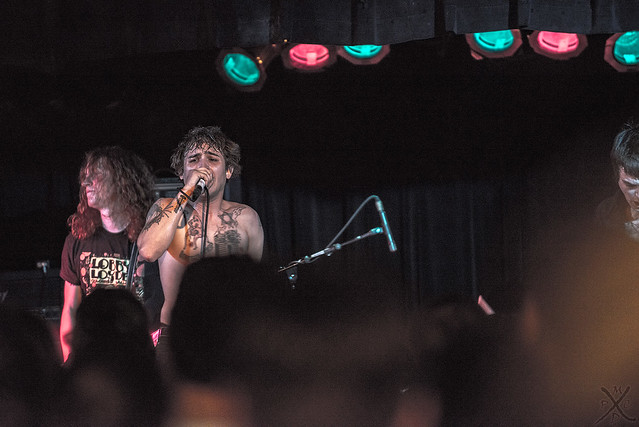 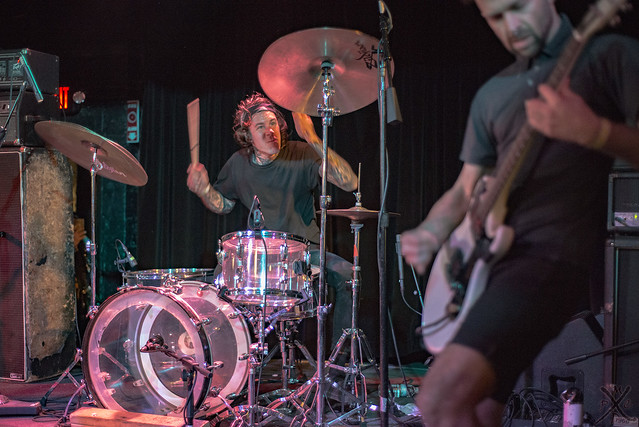 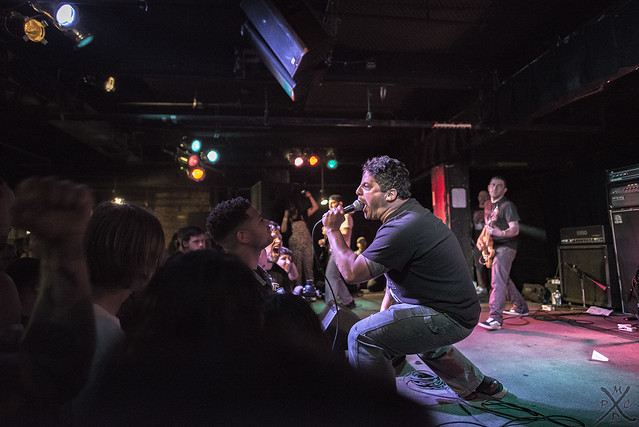 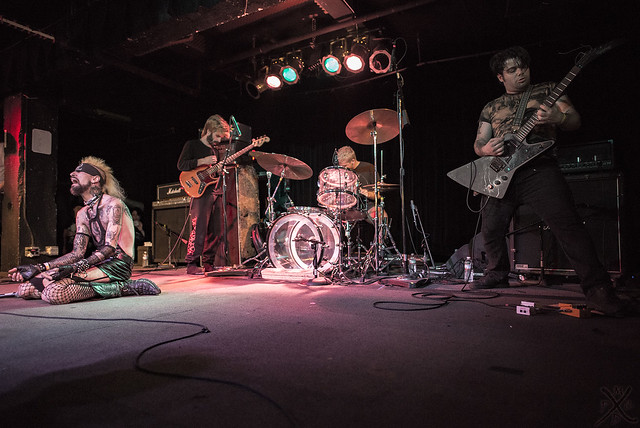 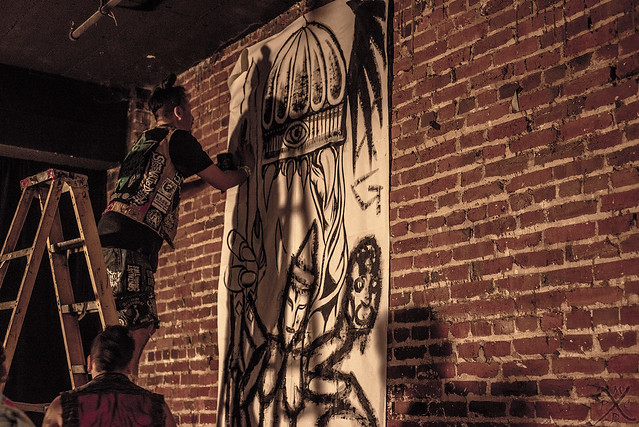 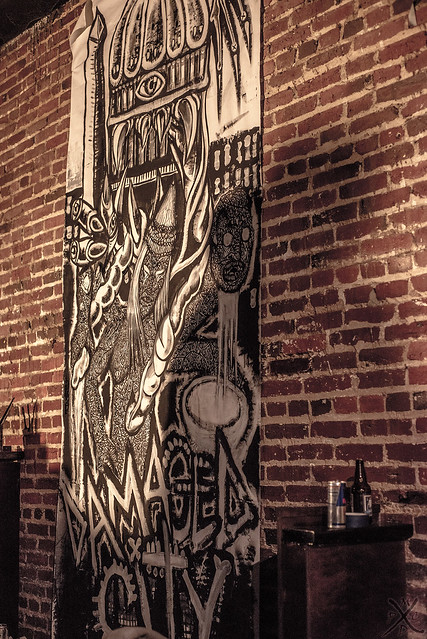