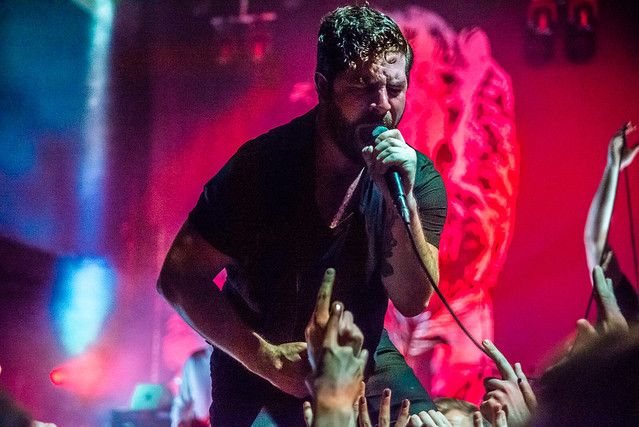 Foals were a sight to behold over two nights at 9:30 Club recently. On the first sold-out night, the stage was set-up meticulously yet casually for the show. A lion tapestry and plants bordered the stage and the band’s instruments sat in the middle. Foals came prepared to show DC how to have a good time.

Everything Not Saved Will Be Lost – Part 1, Foals’ fifth studio album, was released this year. Part 2 will follow later in 2019, but for now Part 1 reveals the essence of what Foals is as a band. There’s definitely a formula to their madness — and it makes all the songs supercatchy yet truly rock in their capacity to amp up a crowd.

Stream Everything Not Saved Will Be Lost – Part 1 by Foals on Spotify:

For example, “White Onions” brought an indie punk sound that Foals staked its reputation on. The crowd was able to jump up and down while enjoying that catchy bridge and chorus.

On the other hand, “Degrees” has a quintessential UK sound that drew inspirations from The XX and Friendly Fires. It was upbeat and made you want to dance the whole night. Meanwhile, “Syrup” brought with it a more drum-driven production, very reminiscent to “Tusk” by Fleetwood Mac. As a whole, this new album took a lot of inspiration from other artists but also closely compared to Foals’ debut album, Antidotes.

Fortunately, songs from the debut album, along with others, were played during the set — songs like “Olympic Airways,” “Mountain at My Gates,” and “Black Gold.”

Toward the end of the set, there was a huge rush of adrenaline, and it felt like that sinking feeling of going down a roller-coaster over and over again (in a good way) during “What Went Down.” During the encore, frontman Yannis Philippakis needed to see the whole crowd and literally dove and jumped from the second floor balcony of the 9:30 Club. This made for a night not to be forgotten for everyone.

Foals  is on tour right now through May 4 in the US and then for a string of dates in Europe. Visit their website for more details. Here are some pictures of Foals performing at the 9:30 Club on April 16, 2019. All photos copyright and courtesy of Brenda Reyes. 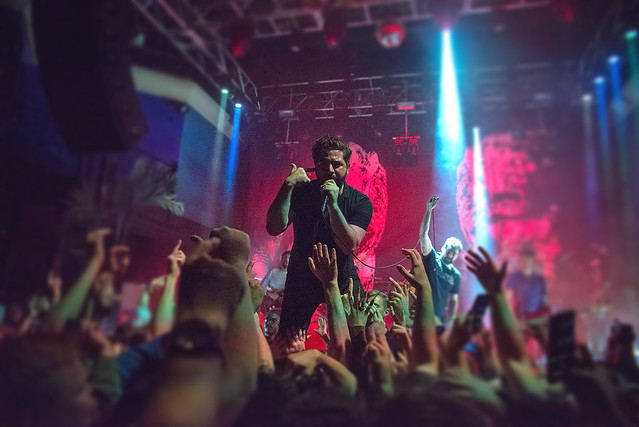 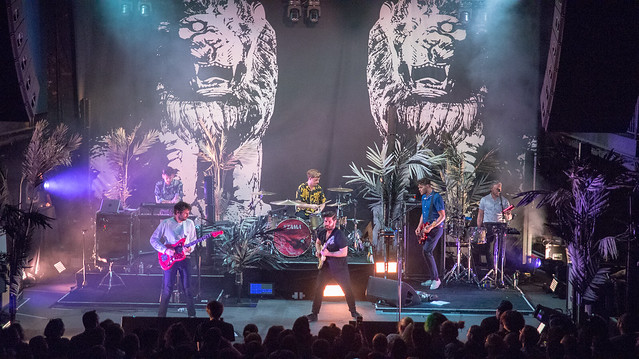 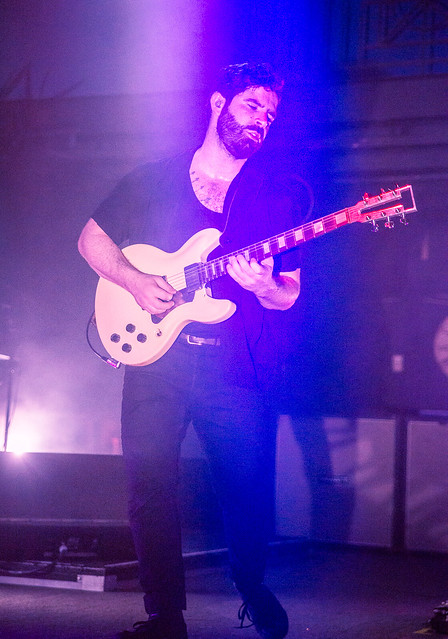 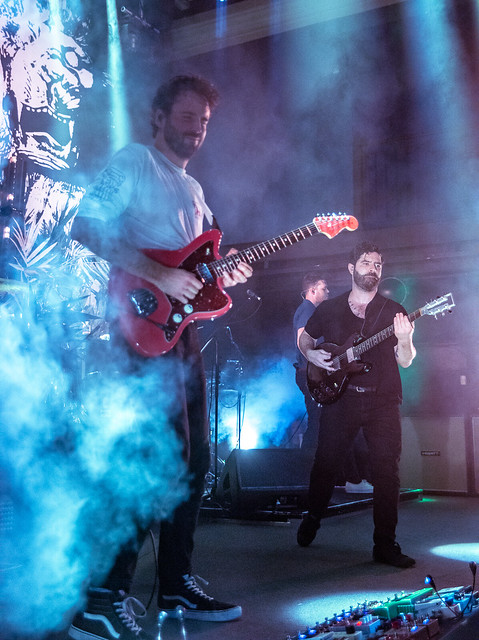 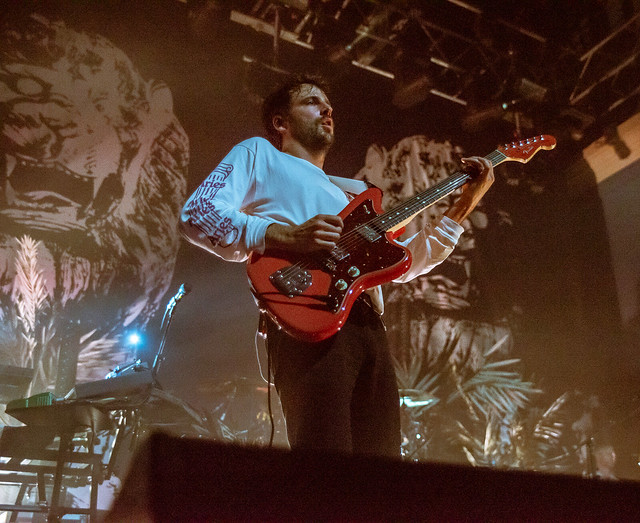 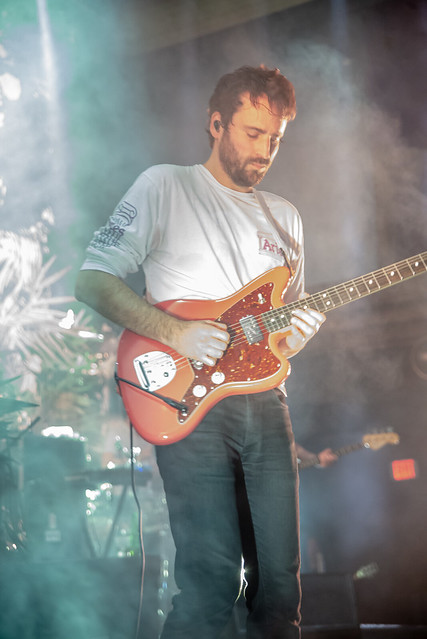 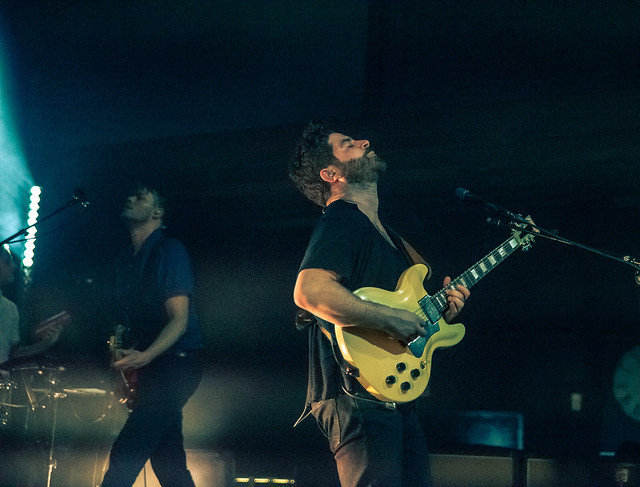 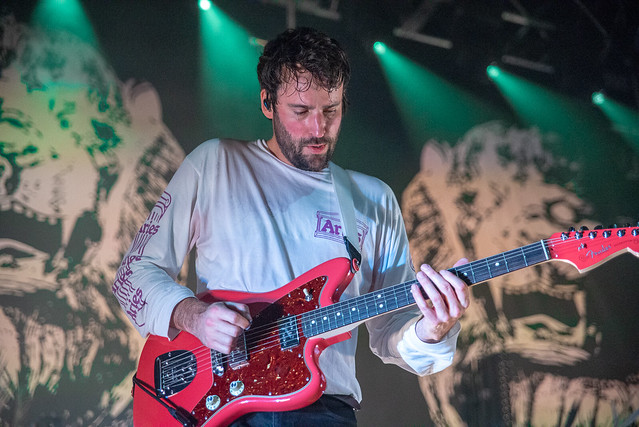 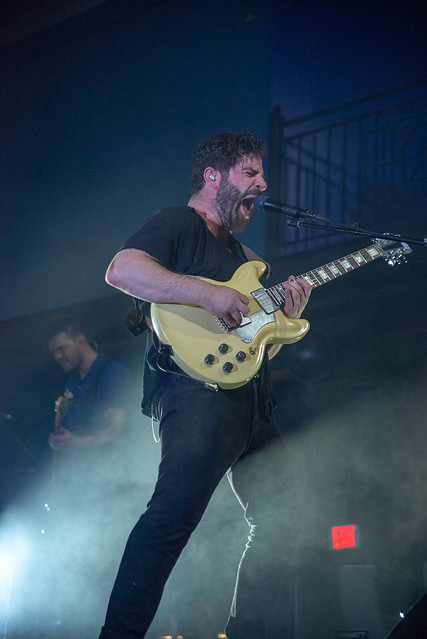 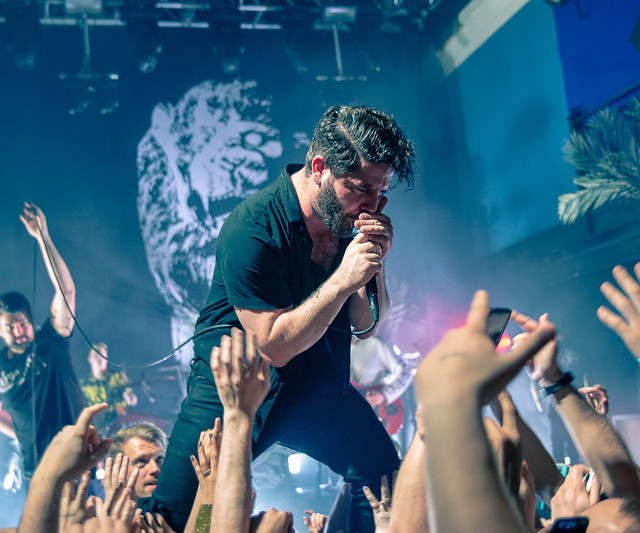 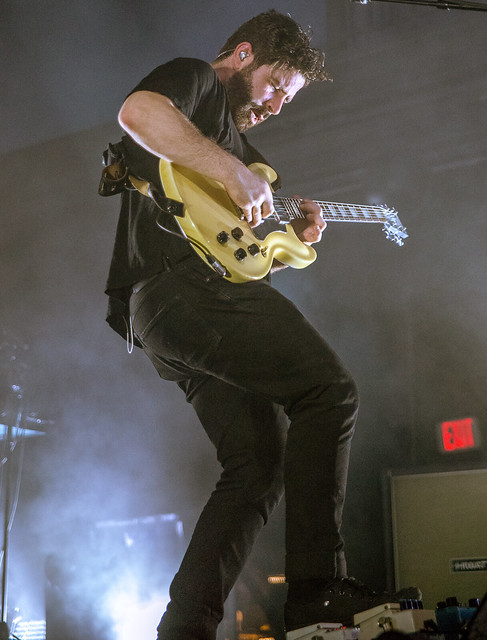 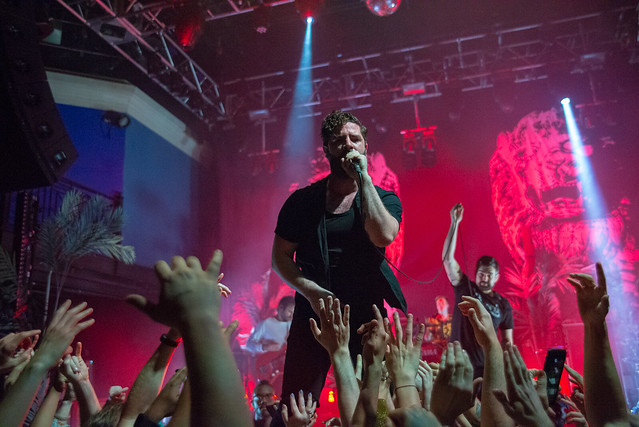