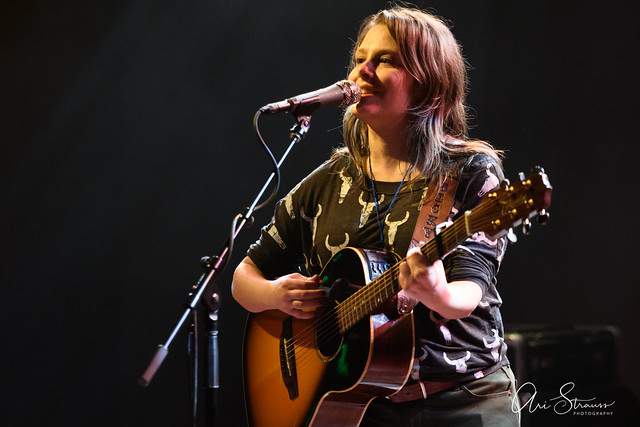 Becky Warren performs at The Hamilton Live on May 1, 2019. (Photo by Ari Strauss)

After recent set at The Hamilton Live, I told Becky Warren that her opening act for Della Mae ranked as one of the very best I’d ever seen. The widespread critical acclaim — from Rolling Stone Country, NPR — is deserved, and the comparisons to revered figures like Lucinda Williams are apt.

Like Lucinda, Becky completely opens her heart as an observer of the world and a songwriter. At one point during her set, as discussed issues relating to veterans, her former marriage, and her first solo album, War Surplus, I could hear the raw emotion in her voice.

What sets a songwriter like Becky apart is the discipline and taste with which she crafts her songs. Many songwriters struggle to express authentic sentiment without inducing awkwardness, even a cringe in their audience. Although her subjects could easily lead to cloying or preachy songs, Becky crafts lyrics that allow the audience to immerse themselves in very human stories and experience an emotional journey.

Becky’s skill and sound may register echoes of Lucinda and Jason Isbell, but she constitutes an original force in Americana music. No one does quite what she does. She has made two albums, and both are concept albums. For last year’s Undesirable, Becky got to know the roadside vendors of the Nashville Contributor, similar to DC’s Street Sense. The songs on the album tell their stories, and they emerge as real and complex figures with dignity.

After opening with “We’re All Got,” Becky shared Sean’s story. Sean spent 20 years in prison for a crime he didn’t commit. However, he told Becky that he’d done a lot of other bad things, and that he deserved his prison time. Becky asked Sean what he’d do if he found the guy who testified against him. Sean said that he’d heard the guy was afraid he was looking for him, and he had moved down to Florida. Sean said that if he found him, he’d thank him for saving his life. “Sunshine State” imagined Sean tracking that fellow down and calling him up, and the conversation that ensues.

Albert, age 65, a widower, sold the Contributor at a McDonald’s drive-thru. His late wife sold it too, and, together, they could afford a motel. Without the income she brought in, he couldn’t afford to anymore. Becky’s father passed away when she was young, and the two of them talking about losing a losing one. Those conversations led to “Debs Avenue.”

The album War Surplus tells the story of a couple — Scott, a soldier, and his girlfriend, June. Becky began this part of her set with “Call Me Sometime,” then brought out Avril Smith from Della Mae to play electric guitar. Becky lived in DC for seven years and the two played together in the Great Unknowns.

In “Dive Bar Sweetheart,” Scott and June fall in love. Based on the book My War, by Colby Buzzell, “Stay Calm, Get Low,” depicted Scott’s deployment to Iraq, and featured a sing-along chorus, “sha-na-na-na.” Becky talked about how lonely she felt, not living on base, when her ex-husband deployed. She was on tour with the Indigo Girls — Amy Ray is her mentor — but all she could think about were the elections in Iraq.

Becky said she found that people didn’t understand why anyone would enlist in the army. People join the military for the same variety of reasons, she said, that they take any other job, which she sang about “Seemed Like a Good Idea at the Time.”

Because she had Avril accompanying her, Becky chose to close her set with two songs from their together in the Great Unknowns, “Birmingham” and “I Wish I Was the Girl I Was.” Avril chipped in on backup vocals on these. The audience gave Becky a very warm round of applause.

Perhaps the closest comparison for what Becky does with her music doesn’t come from music at all. I see it the work of award-winning graphic novelists like Derf, who use art for memoir, as in My Friend Dahmer, and journalism, as in Trashed. What someone like Derf does with a visual format, Becky does with music. It’s different, and it’s very, very good; this is an artist to see live.

Here are some pictures of Becky Warren performs at The Hamilton Live on May 1, 2019. All photos copyright and courtesy of Ari Strauss. 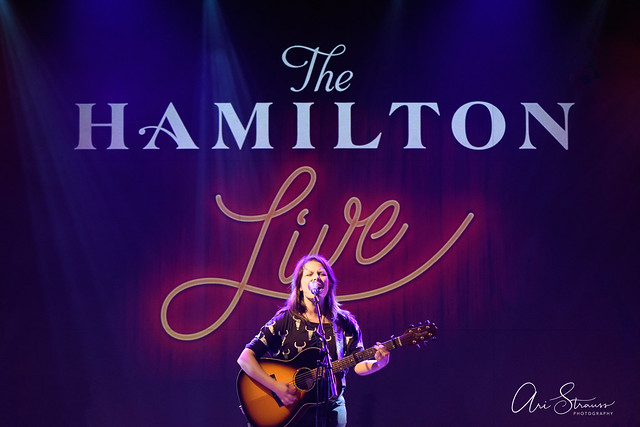 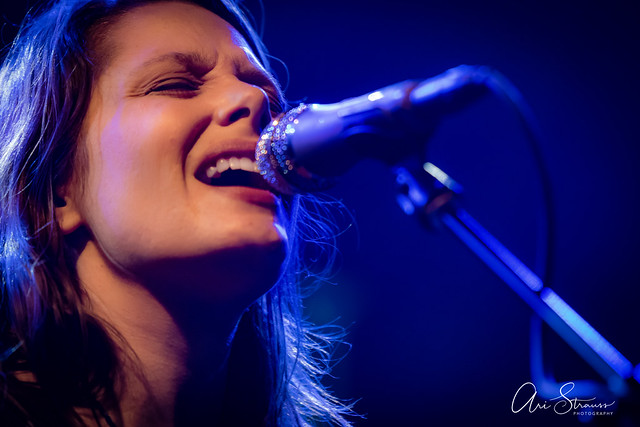 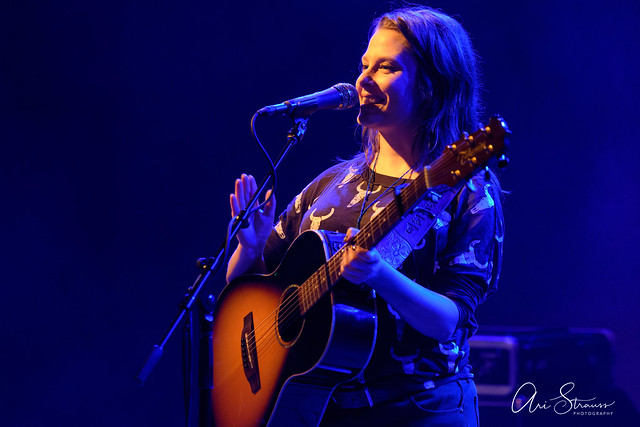 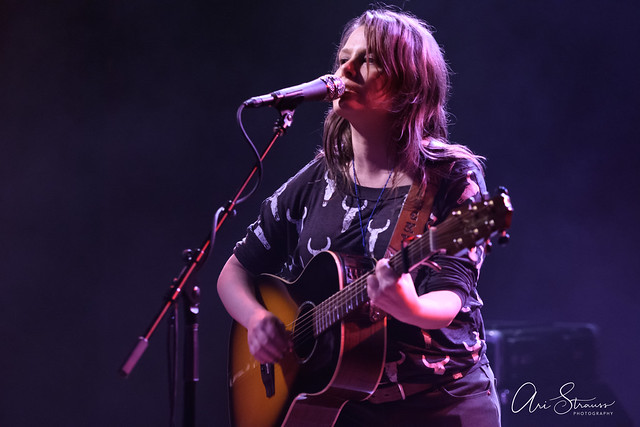 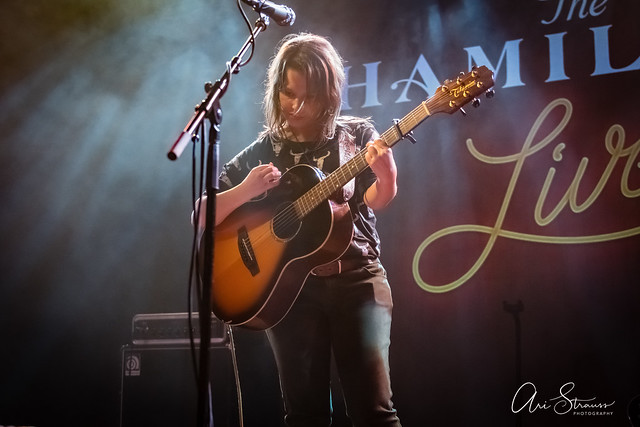 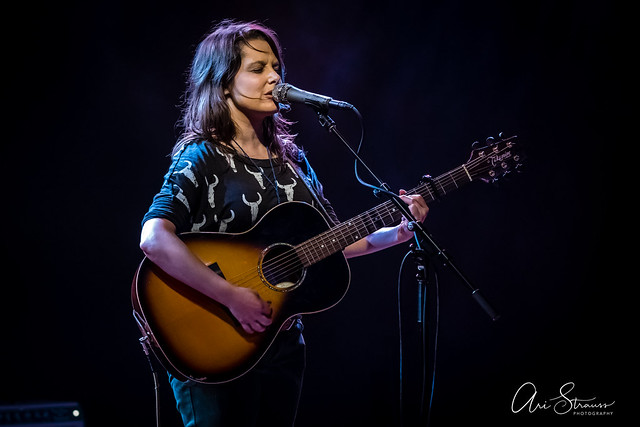 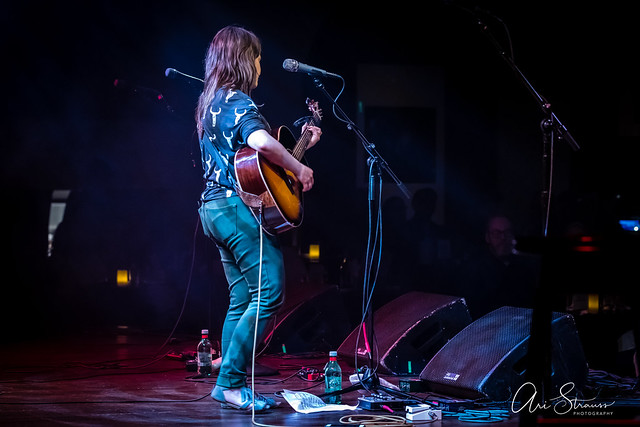 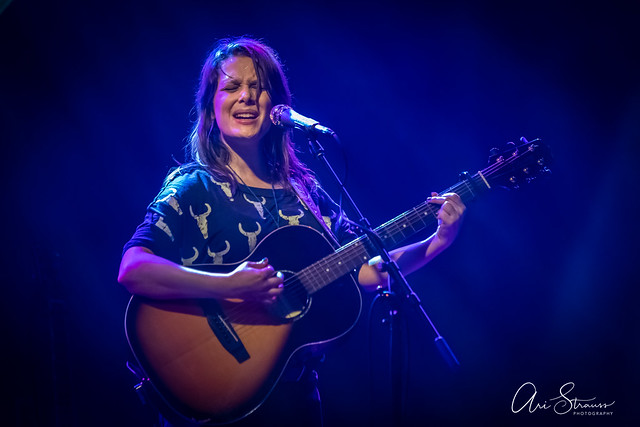 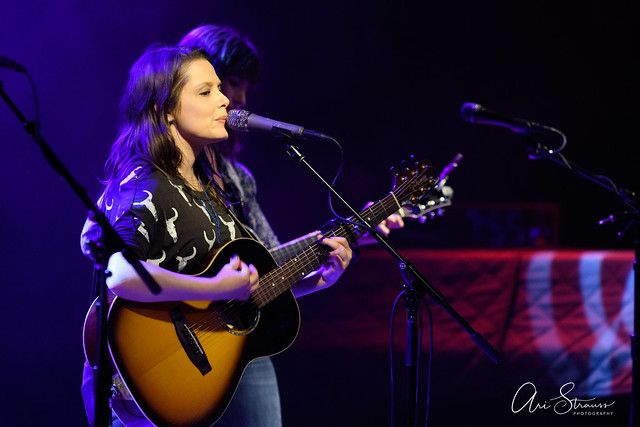 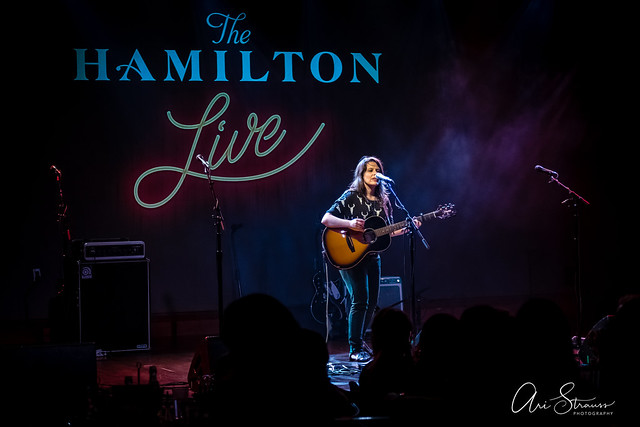