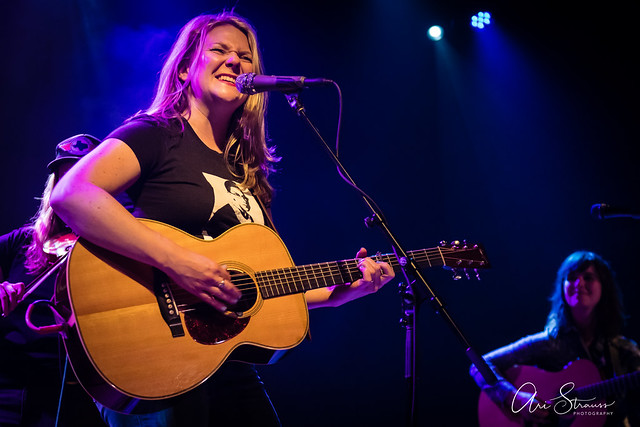 Della Mae performs at The Hamilton Live on May 1, 2019. (Photo by Ari Strauss)

Della Mae puts a fresh spin on bluegrass. In a genre traditionally characterized by a “high lonesome” sound, this Grammy-nominated lineup of all female dynamos is unlike anyone else. At The Hamilton Live recently, the band covered rock songs, like the Allman Brothers’ “Whipping Post,” with a boiling stew of strings, and they played string band music with the fervor and soul of blues rock.

Stream the 2015 self-titled album by Della Mae on Spotify:

Rather than the nasal voice so often seen in bluegrass, Celia fronted the band with the vocal style of a blue-eyed soul singer on May 1. She reminded me of Chris Stapleton, who before breaking out on his own, played with the bluegrass band The Steeldrivers. Both have incredible charisma to go along with those powerful, plaintive voices. While Celia is quite beautiful, she exudes a sultry appeal that goes beyond appearance. She accentuates the natural effect of voice her by writing down and dirty songs. A song by Lake Street Dive about hearing the neighbors making love inspired her to write a song from the point of view of those neighbors. The other ladies teased after she introduced a song as one of the few she’d written for her husband, joking that “Celia doesn’t write love songs, she writes songs about making love.”

Della Mae opened with “Empire,” from their Grammy-nominated 2013 album, This World Oft Can Be. During “Turtle Dove,” they gathered in a huddle. The audience applauded for virtuoso solos on both “Turtle Dove” and the next song, “I’m Walking,” a funky, groove-filled romp. Celia raised her index finger in the air and spun it in a circle.

I’ve told you that Della Mae is a different kind of bluegrass band, but the transition to the next song hammers the point home. “Do you like potatoes?” Kim asked. (Why yes, I do like potatoes!) “French fries are God’s gift.” (Can I get an amen?) “Kim’s gonna fiddle you one about potatoes. I just want to you to envision potatoes.” And, indeed, my mind’s eye did see a vision of taters as the band played an instrumental. “No See ‘Um Stomp,” an instrumental they played late in the set, is about bugs!

As Celia Woodsmith’s Ruth Bader Ginsburg t-shirt would indicate, this is a politically progressive band. “Boston Town” references the FLRA (Federal Labor Relations Authority). “Sixteen Tons,” written by Merle Travis and made famous by Tennessee Ernie Ford, is about the struggles of coal miners. (Fun fact: Country music is famous for its seven Hanks, but it also has three Merles.) They also played a new song inspired by the struggles of Christine Blasé Ford and Anita Hill that included the line “they may not believe you, but I do.”

The ladies of Della Mae gave a shout-out to the State Department. They have worked with the State Department as cultural diplomats, taking their music to Brazil, Pakistan, Kazakhstan, Kyrgyzstan, Tajikistan, Turkmenistan, Uzbekistan, and Jordan. As an American, I am proud to have these incredibly talented, fierce, intelligent, and progressive ladies representing our country.

As if that wasn’t enough, Della Mae also did a fantastic cover of Chaka Khan’s “Walking in the Sun” and lots of other great songs. Coming off a period of rest at the beginning of a five-day stretch of tour, they were fresh and played with vigor. Their harmonies were tight, their solos were wild, and a great time was had by all.

Here are some pictures of Della Mae performing at The Hamilton Live on May 1, 2019. All photos copyright and courtesy of Ari Strauss. 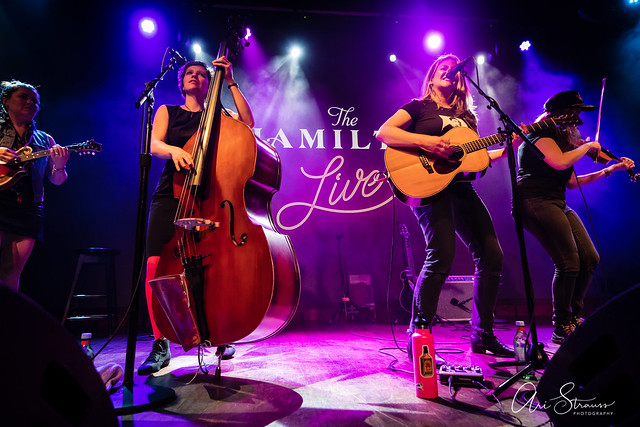 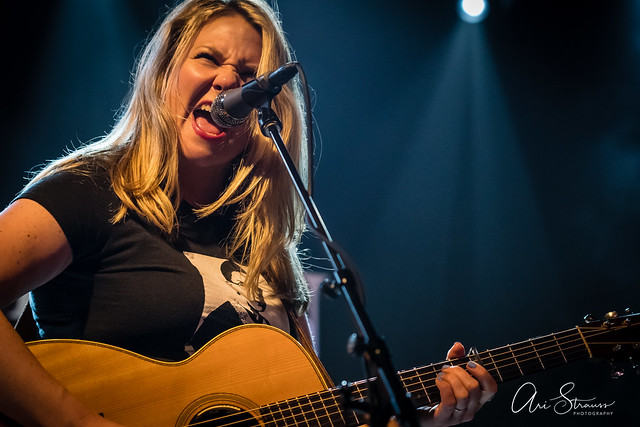 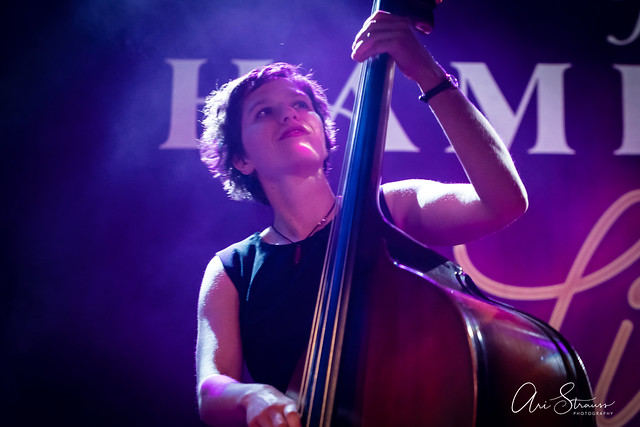 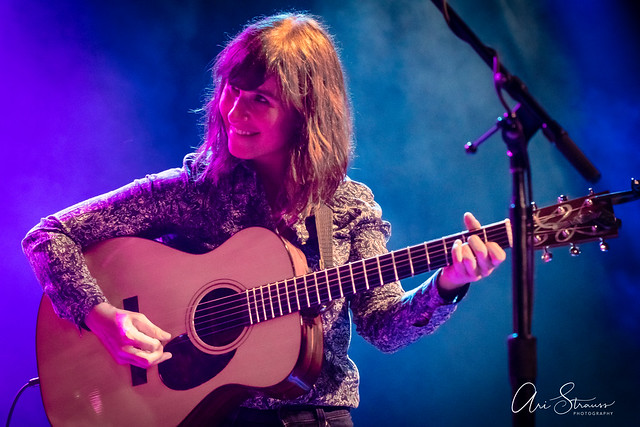 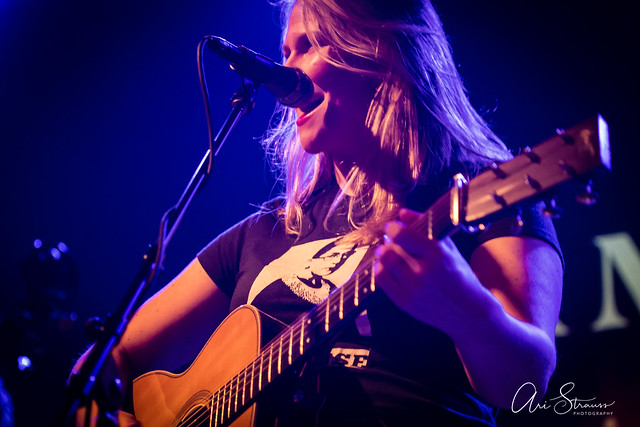 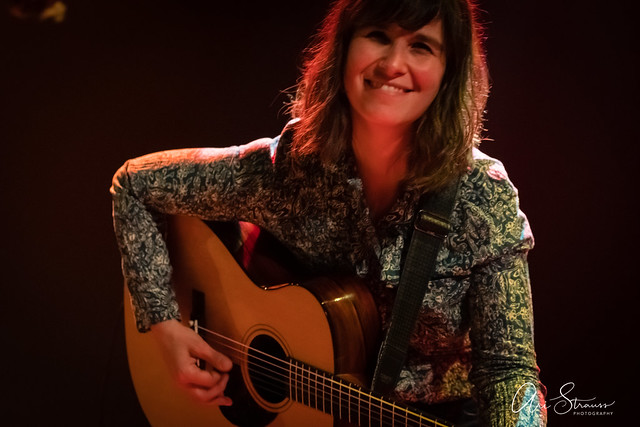 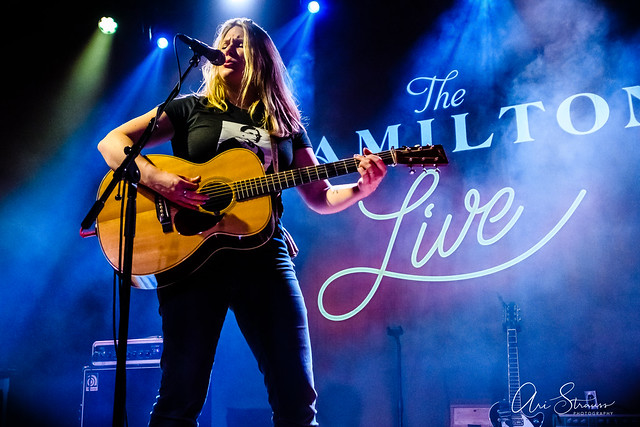 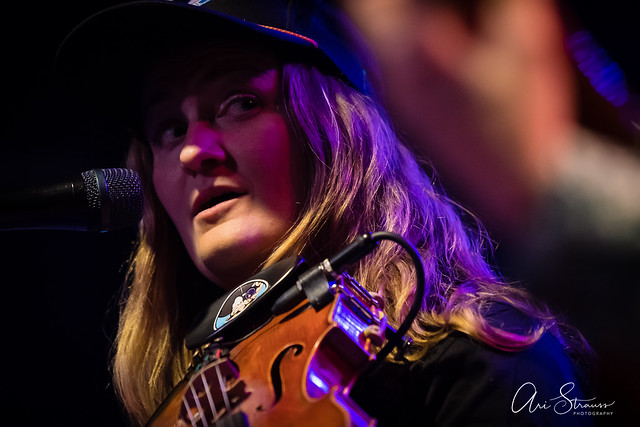 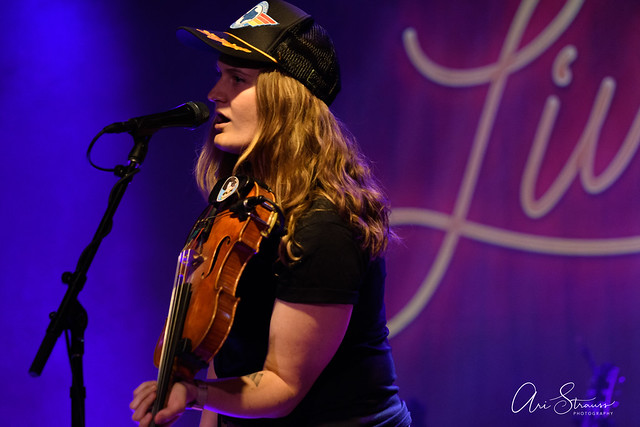 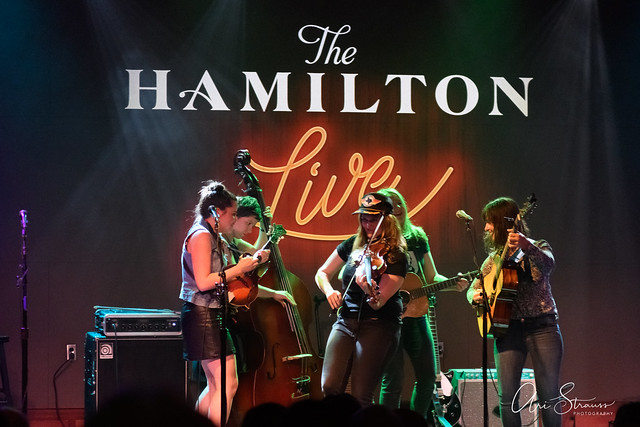 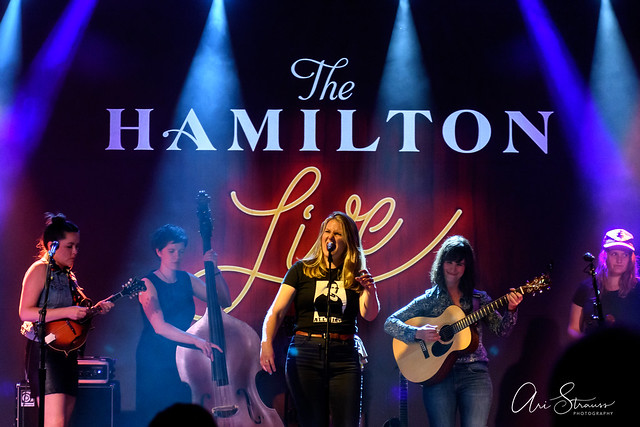 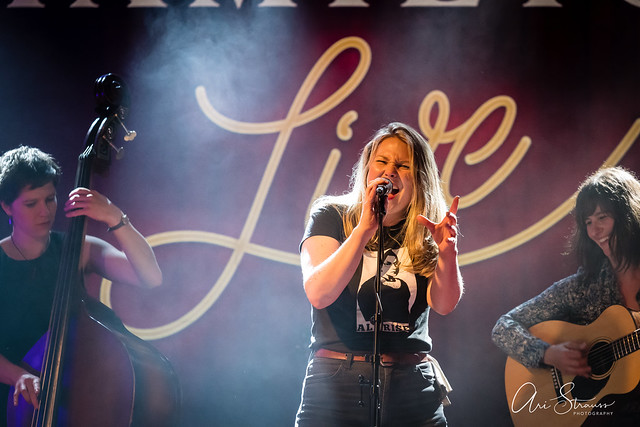 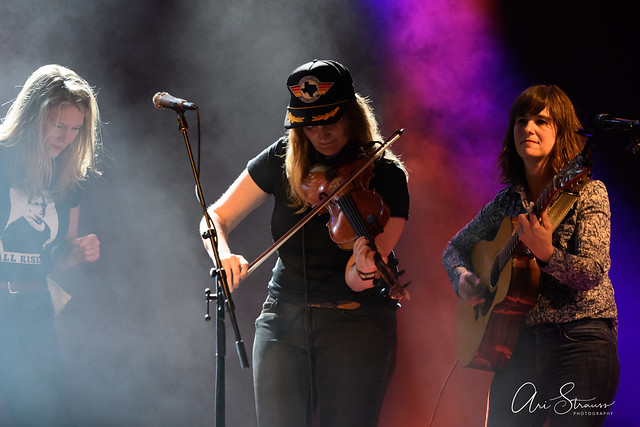 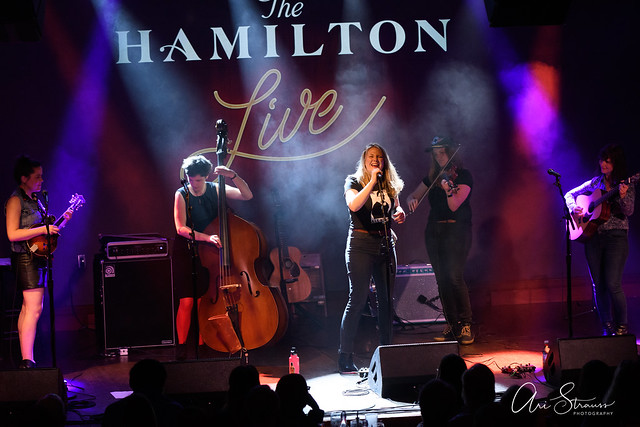 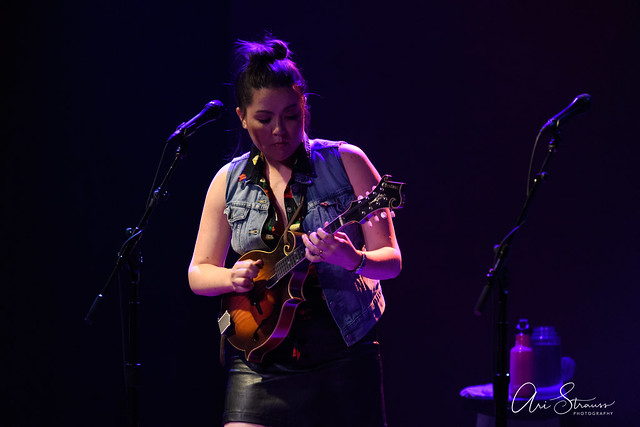 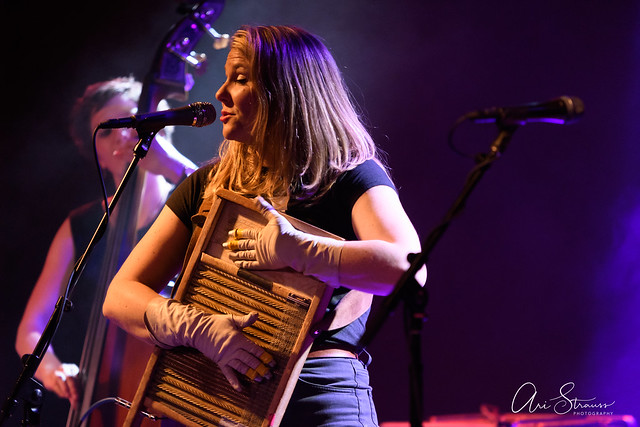 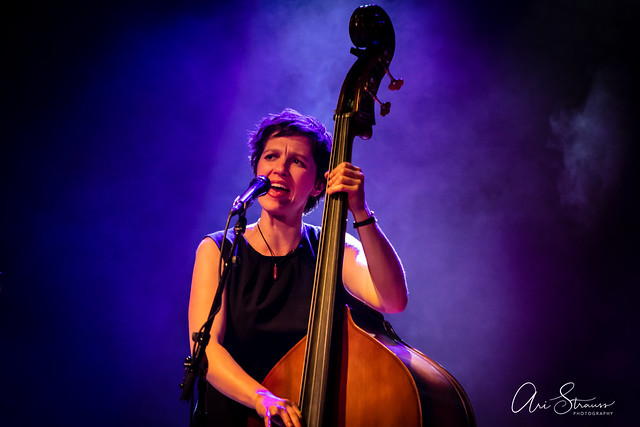 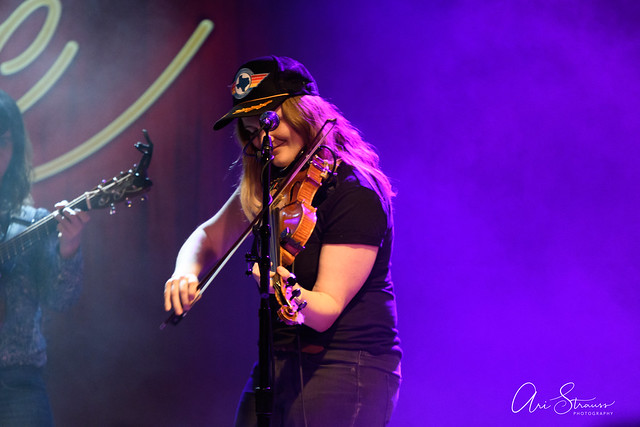 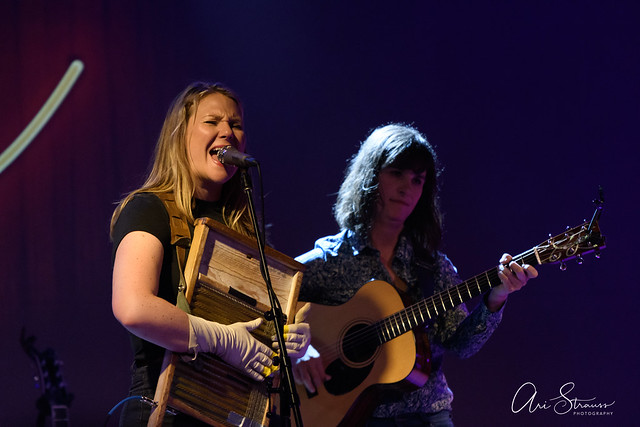