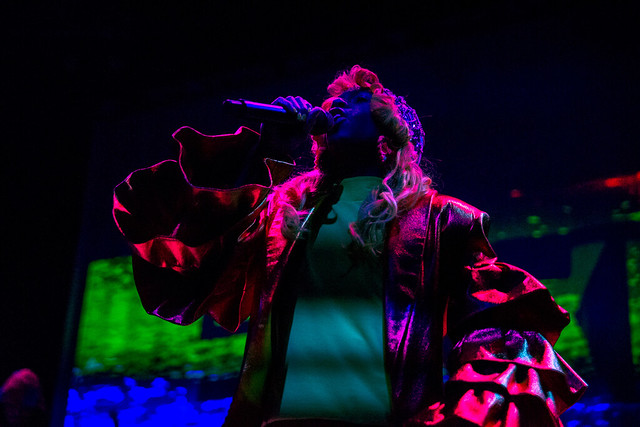 Santigold performs at The Fillmore Silver Spring on May 6, 2019. (Photo by Brenda Reyes)

Flashback to more than 10 years ago, you could’ve caught me singing “L.E.S Artistes” by Santigold on repeat on my iPod — but that song came to life recently at The Fillmore Silver Spring. Santigold: 10 Years Golder Tour featured the full self-titled debut album for an eager crowd, ready to soak up the nostalgia feels of her album and other songs too.

The stage was set simply with two backing dancers (who would never break character like the guards from Buckingham Palace), a guitarist, and a synth player. Santigold came alive with her ruffled -sleeved jacket, starting the set with “You’ll Find a Way,” “L.E.S. Artistes,” and “Say Aha.” The first act of her set was dedicated to her debut album, ending it with a huge crowd on stage with Santigold during “Creator.”

This album was a big breakthrough for Santigold, and it drew inspiration from hip-hop, electronica, and indie pop music. It was an album that was not defined by a one single genre but instead by how original it was. It stood in its own category. It now stands the test of time, and listeners come back to this album for its artistry and amazing songs.

The DJ segued into a mix of songs to give Santigold time to do a quick outfit change for her second act of the set. This is when she was able to perform other songs from her albums:  Master of My Make-Believe, 99 Cents, and  I Don’t Want: The Gold Fire Sessions. The crowd was now definitely hyped enough to bring the energy Santigold wanted for her show.

“Can’t Get Enough of Myself,” “Disparate Youth,” and “Big Mouth,” rounded out the set to a perfect  close. If your city is lucky enough to host Santigold, please do attend. She continues on her Golder Tour next at The Van Buren in Phoenix and ends on May 18 in San Fransisco.

Here are some photos of Santigold performing at The Fillmore Silver Spring on May 6, 2019. All photos copyright and courtesy of Brenda Reyes. 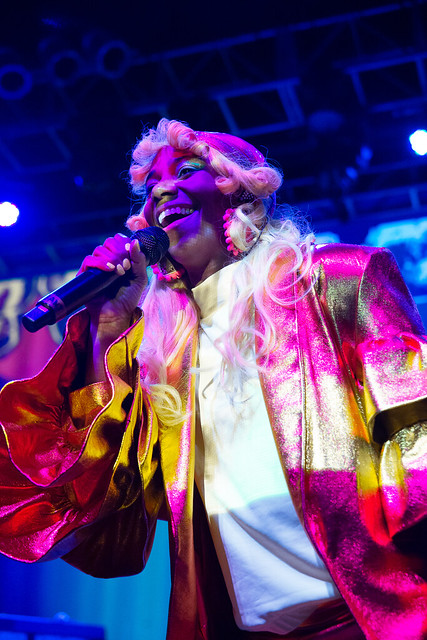 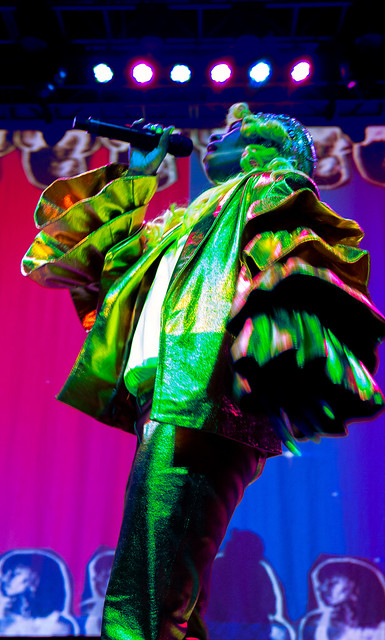 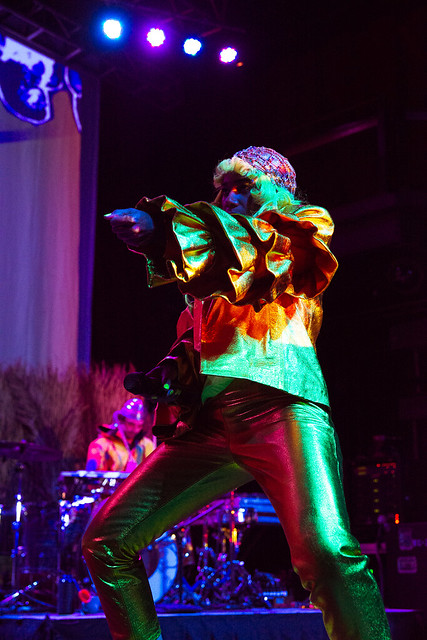 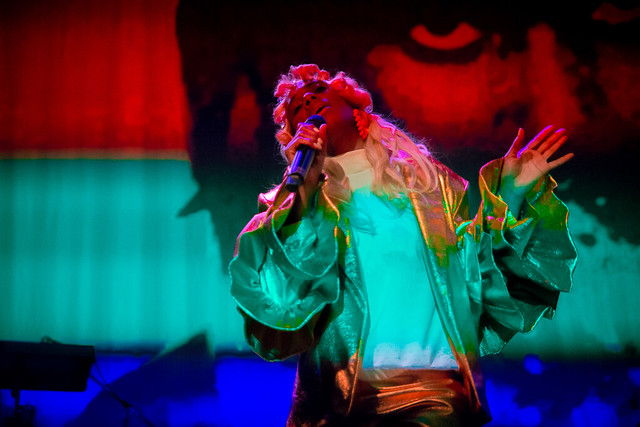 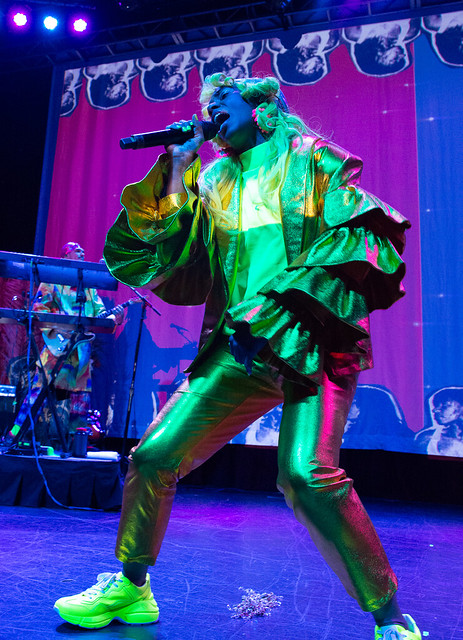 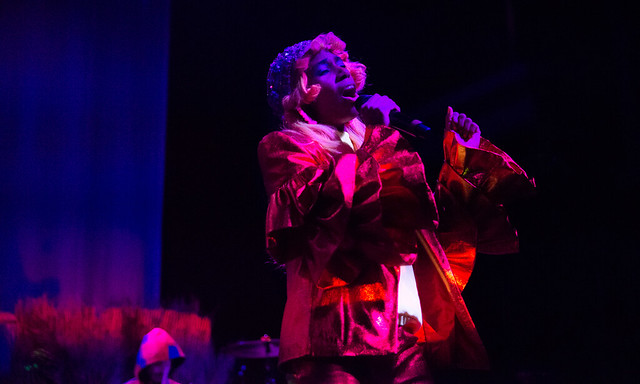 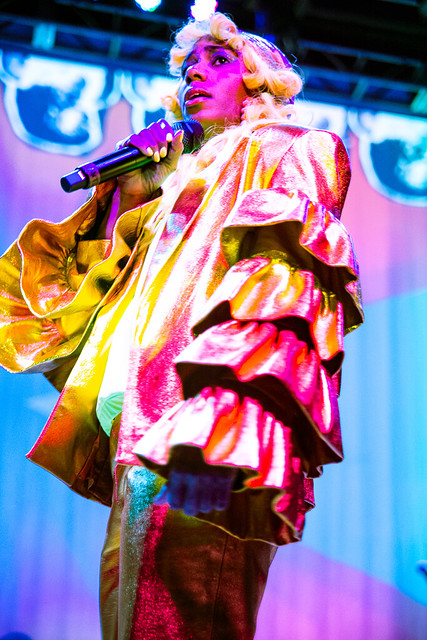 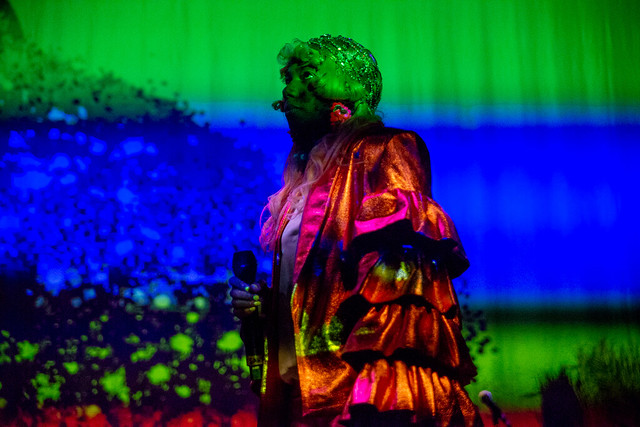 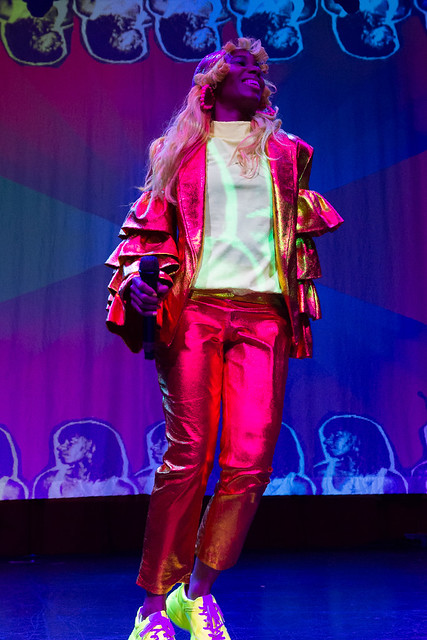 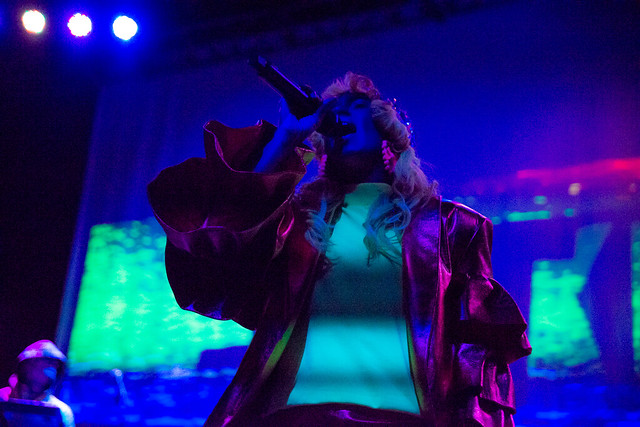 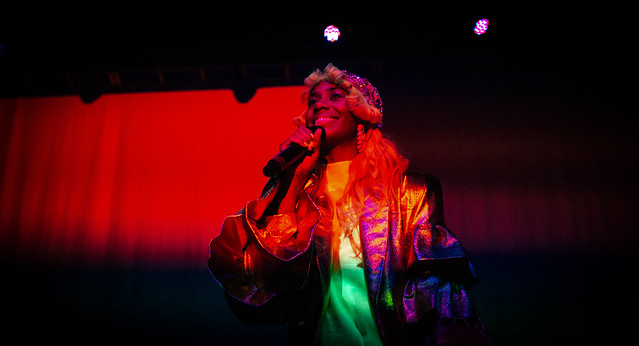