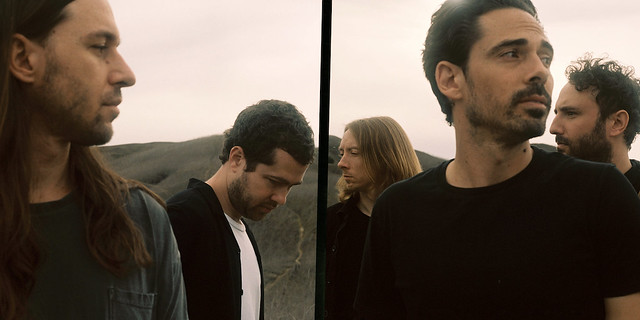 “The record is about us reconnecting to playing off of each other,” Taylor said. “We didn’t go into separate corners, produce our own songs, and bring them to the group. Back when we made Gorilla Manor, we lived together in one house and made a frantically creative environment. This time, we were in a massive warehouse with Shawn, jamming, and relying on each other often until three or four in the morning for several nights straight. It was fun, but also pushed us to outdo each other. We got back to our strengths. We’ve always been super collaborative and democratic, as we have three songwriters and singers, and all five of us have a lot of creative input. This was the most collaborative and open we’ve been though. We were raw and vulnerable. It’s the first time we didn’t do any pre-production, we went in and built the record out of nothing.”

Watch the official music video for “When Am I Gonna Lose You” by Local Natives on YouTube:

In a review for The Line of Best Fit, Oliver Kuscher said Local Natives have truly recaptured the elements that make them great on the new album.

“For their fourth album, Local Natives have tapped back into the rich veins of sound from their first and second albums, taken the best elements of each — the spark of Gorilla Manor, the moodiness of Hummingbird — and used them as the foundation to build Violet Street. It’s a dramatic stretch on life’s road map, on which Local Natives have captured their true spirit once again,” Oliver wrote.