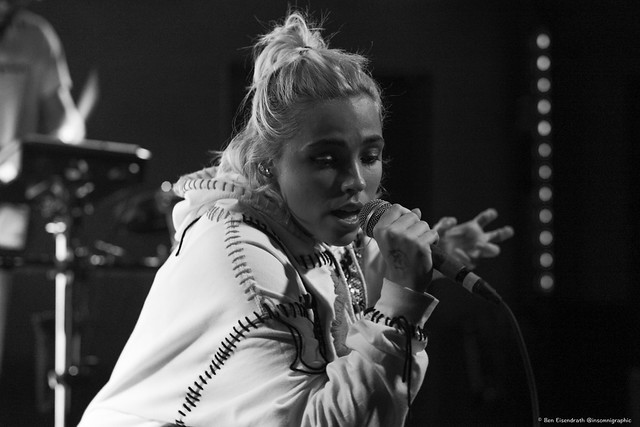 Suzi Wu performs at DC9 on May 29, 2019. (Photo by Ben Eisendrath/ Instagram+Twitter: Insomnigraphic/GrillworksBen)

There’s something very reassuring about Suzi Wu, the rising UK grime artist who is currently touring through the United States for the first time. She wore an easy confidence, and although she is really quite young, she seemed really very certain of herself in an entertaining show at DC9 recently.

On May 29, Suzi, born Suzie McDermott, dropped by DC9 for a show built around her debut 2017 EP, Teenage Witch, and her new EP, Error 404, released in March via Def Jam Recordings. With her new record deal, Suzi surely has a debut full-length in the works, but meanwhile she’s not sweating the details and putting on engaging show.

With her new album, the Londoner speaks directly to her generation. The title track of Error 404 concerned itself with confronting drug violence with the refrain “Eyes so bloodshot, it’s a headshot.” In performance, she followed it with “Highway,” also from the new EP, a hypnotic track about being on the road.

When Suzi sang, she did so in a carefree manner that invited the dedicated crowd to sway or bop along in time. She made good use of the stage, addressing all sides while dancing along the front, closing herself up to emphasize a point and then opening her arms to become lost in the music.

Suzi didn’t sweat an early technical glitch that paused the set after her first song. As her sound went down, she laid on her back and chatted with the audience, thanking them for coming and expressing her excitement for her first US tour.

At the end of the set, Suzi played a new song “Eat Them Apples,” a number that gets to the punkier side of grime, and surely serves as an indicator of things to come.

This young rhymer is in our country for only another week, as she performs in Brooklyn tonight, June 3, and closes in Los Angeles on June 10. She’s destined for bigger places. Catch her when you can! For more information on Suzi Wu, visit her website.

Here are some pictures of Suzi Wu performing at DC9 on May 29, 2019. All photos copyright and courtesy of Ben Eisendrath. 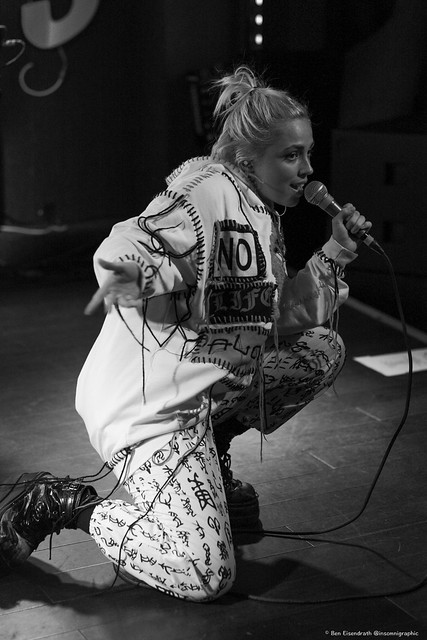 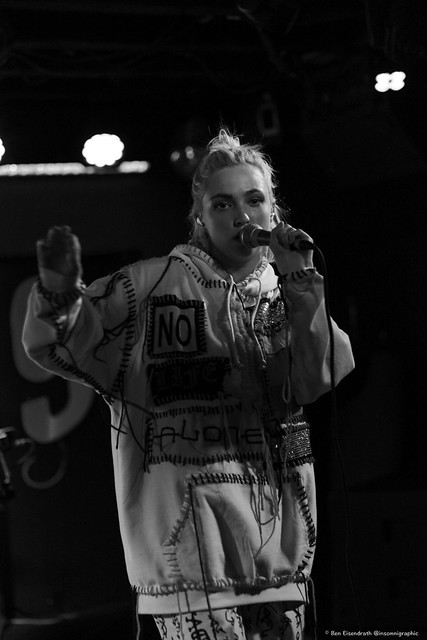 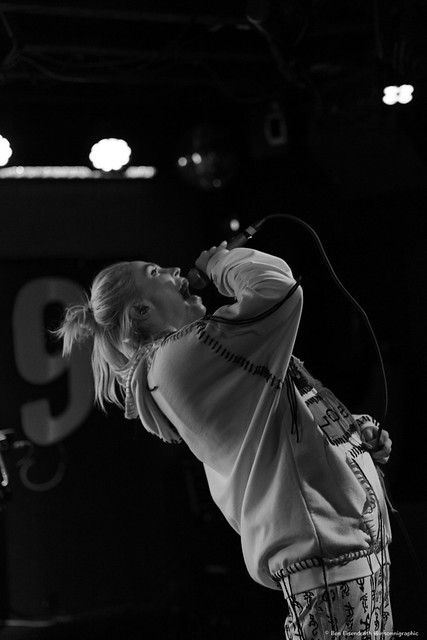 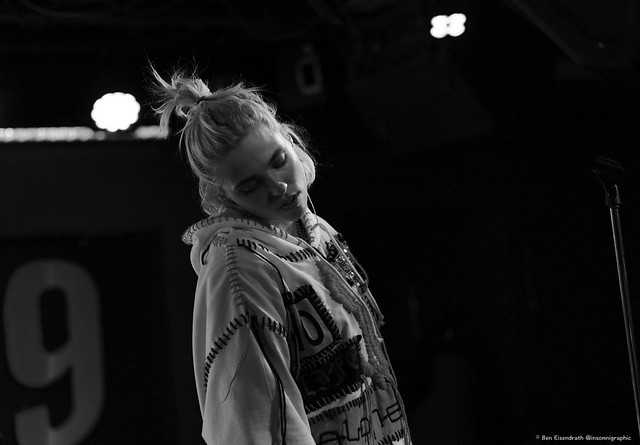 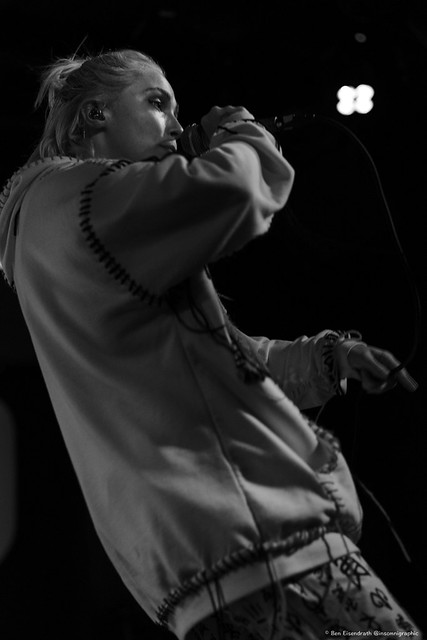 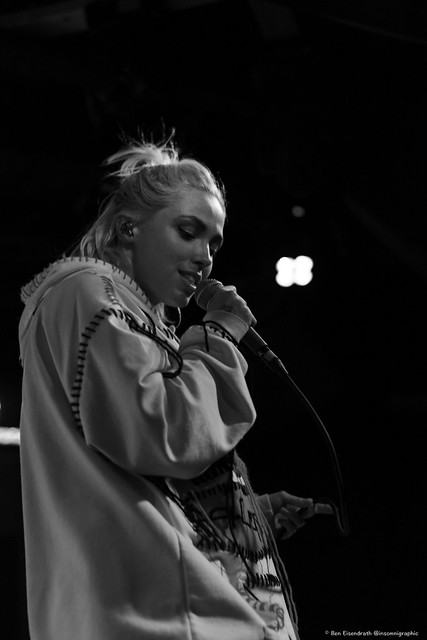 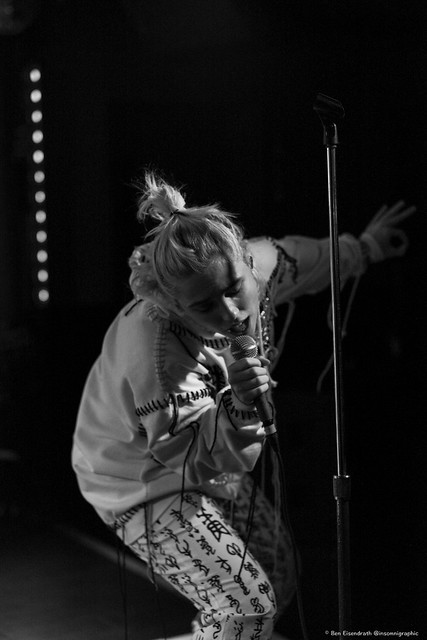 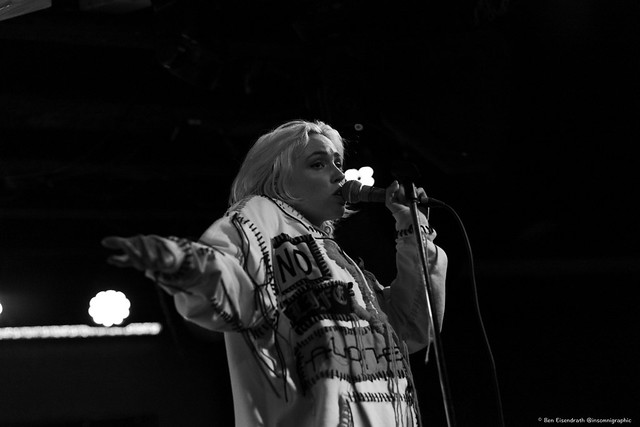 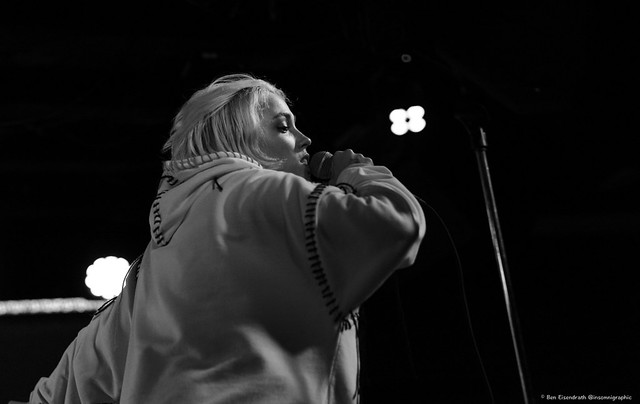 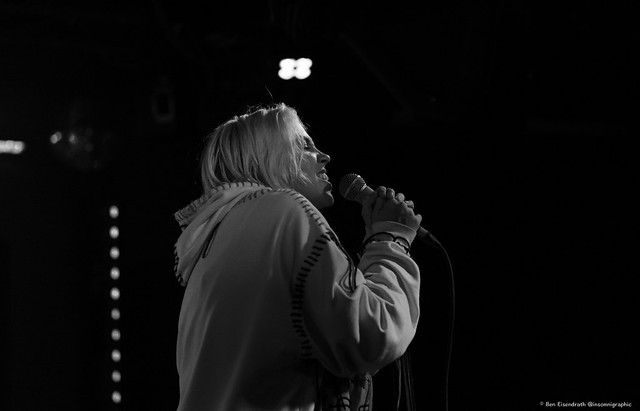 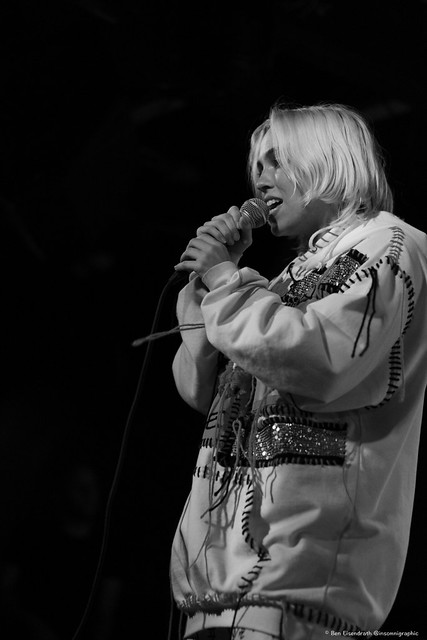 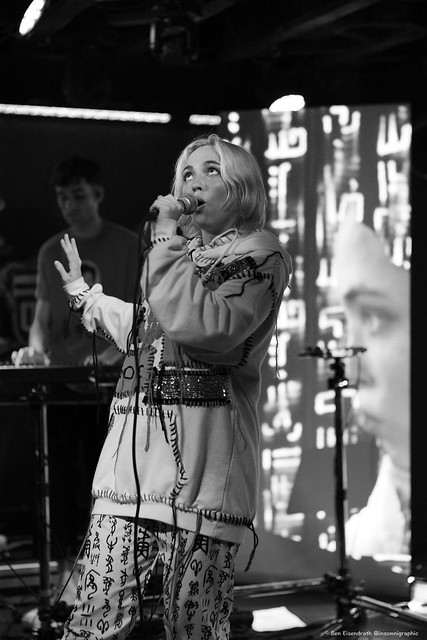 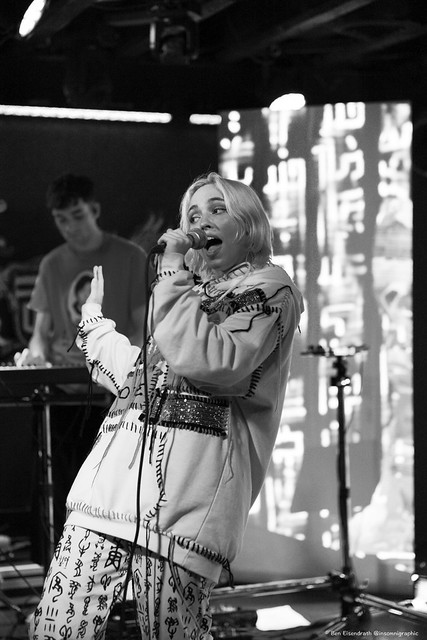 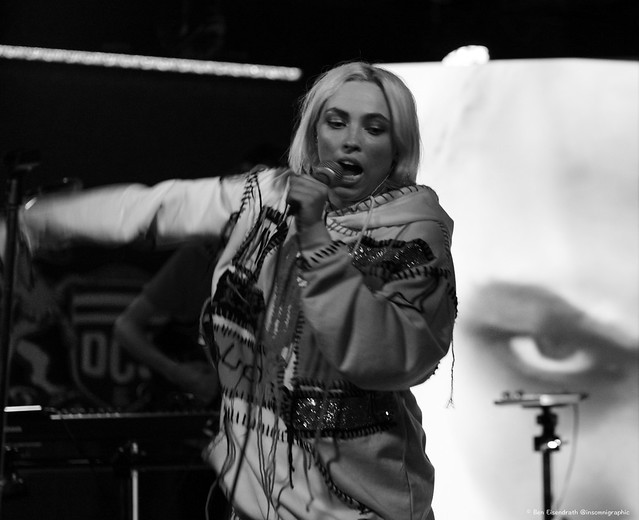 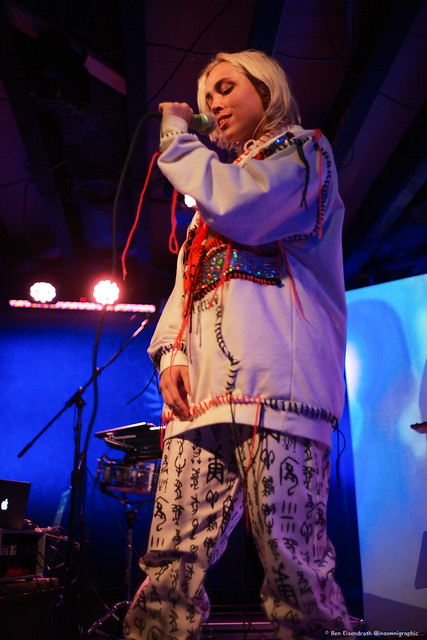 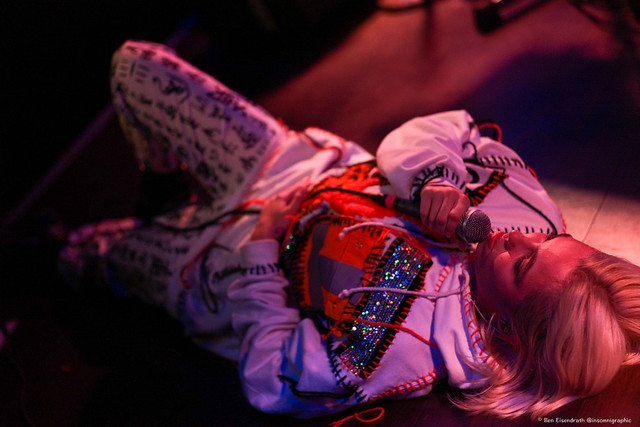 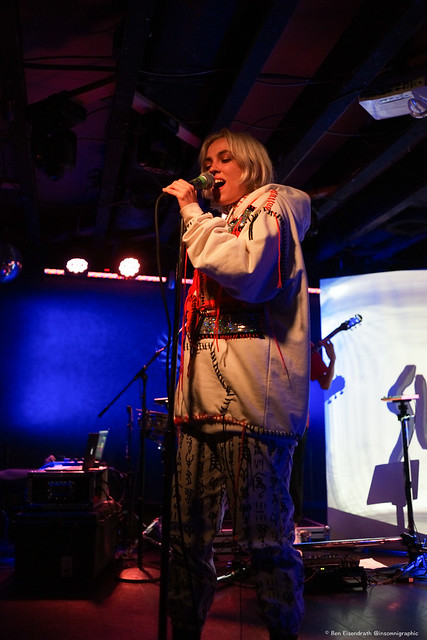