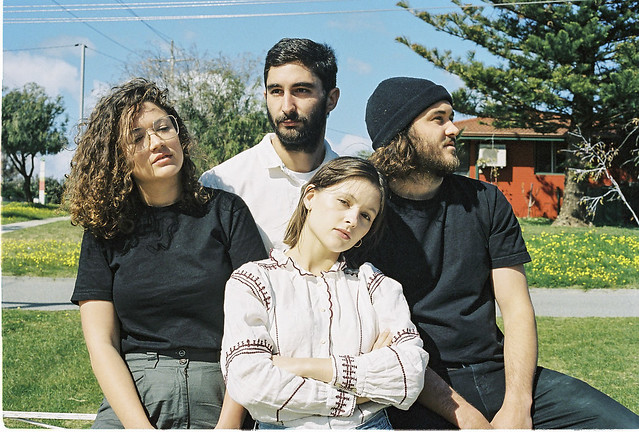 Aussie quartet San Cisco have released a new song as they prepare to release another album next year, but meanwhile the band performs at Black Cat on Tuesday, June 18. You can win ticket to see San Cisco with Parklife DC.

San Cisco’s sophomore album Gracetown, released in 2015, debuted at #2 on the ARIA charts and propelled the band to greater heights. This led to world tours, becoming regulars on the Australian festival circuit and numerous accolades including single “Too Much Time Together” (perhaps their best known song) placing #49 on Triple J’s Hottest 100.

The album showcased a new sound for the band — a more worldly approach to life; exploring the tyranny of love, displacement, homesickness, heartache, and heartbreak. It was a strong showcase of their eclectic influences including disco, funk, and soul with hip-hop undertones.

In 2018, San Cisco played their biggest tour to date in some of Australia’s most iconic venues, and the band released “When I Dream,” which climbed even higher on Triple J’s Hottest 100 at #48. The song is the first taste of San Cisco’s anticipated fourth record, due for release in 2020.

Watch the official music video for “When I Dream” by San Cisco on YouTube:

Parklife DC is giving away a pair of tickets to see San Cisco at Black Cat. To win, simply leave a comment on this blog. You can leave any comment, but we would like to know your favorite song by San Cisco.