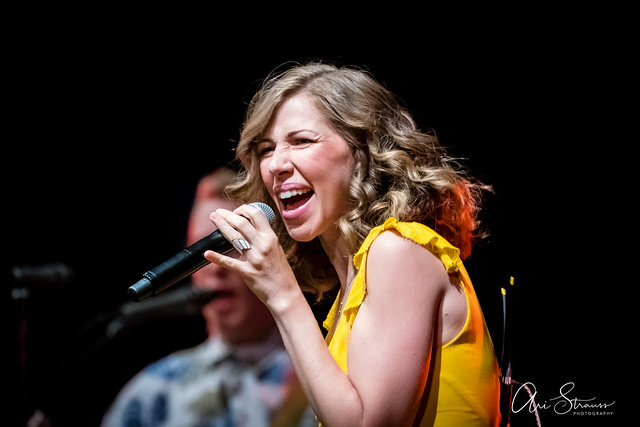 The Wolf Trap performance on June 8 was the second of six shows in which the two bands will co-headline. On paper, they seem to have little in common — one a Grammy-nominated Americana trio and the other a soul-pop sensation with roots in Boston, Massachusetts. But when the bands performed together on stage for a selection of songs during each set, their combined sound amazed the crowd. 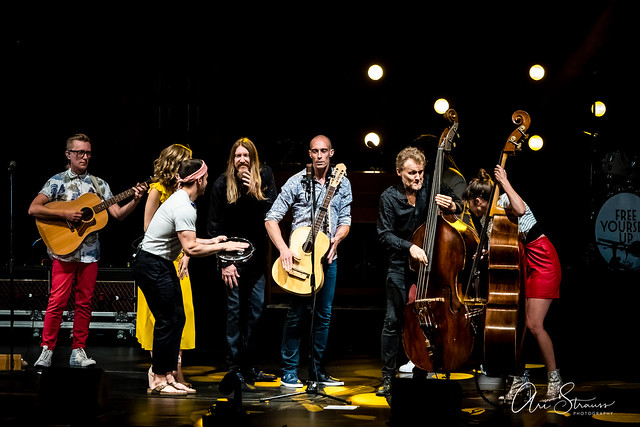 Akie was originally a session musician, working with the band on its two most recent albums. He went out on the road with them in 2018 for the Free Yourself Up tour and was anointed an official member of the band this past January.

The band’s most recent album, Free Yourself Up, released in May 2018 via Nonesuch Records, its second album with the label.

Listen to Free Yourself Up by Lake Street Dive on Spotify:

The band quickly followed up Free Yourself Up with a five-song bonus EP, Freak Yourself Out, in November 2018.

Listen to Freak Yourself Out by Lake Street Dive on Spotify:

Lake Street Dive started its set with “Rabid Animal,” a track from its 2014 album, Bad Self Portraits. They quickly transitioned to its most recent album and EP with “Red Light Kisses,” “Jameson,” “Young Boy,” “Baby Don’t Leave Me Alone with My Thoughts,” and “Dude.”

Seven songs into the set, the band cleared the stage for Akie who performed his signature solo cover of Shania Twain’s “Still the One.” Akie’s version delivers with a lot of soul as he accompanied himself on the Hammond organ.

When the rest of the band rejoined Akie on stage, they gathered around a single vintage microphone for a cover of The Kinks'” Strangers” featuring Mike and Rachael on vocals backed by McDuck on acoustic guitar and Bridget on bass.

The Wood Brothers returned to the stage to sit in with Lake Street Dive for two songs. The first song was an amazing cover of Sly & the Family Stone’s “Everyday People” and featured The Wood Brothers’ Chris Woods and Bridget dueling it out on alternating bass solos. They next moved to a cover of The Staple Singers’ “I’m Just Another Soldier.” That song selection was possibly inspired by Rachael’s participation in Mavis Staples’ 80th birthday celebration concert at New York’s legendary Appolo Theater earlier this year.

The band played a couple additional numbers after The Wood Brothers left the stage, including the disco-inspired “Call Off Your Dogs” from is Side Pony album, then concluded with two encores:  “Bad Self Portraits” and “Rich Girl.”

Enjoy some photos of Lake Street Dive’s June 8, 2019 performance at Wolf Trap in Vienna, Virginia. All images copyright and courtesy of Ari Strauss. 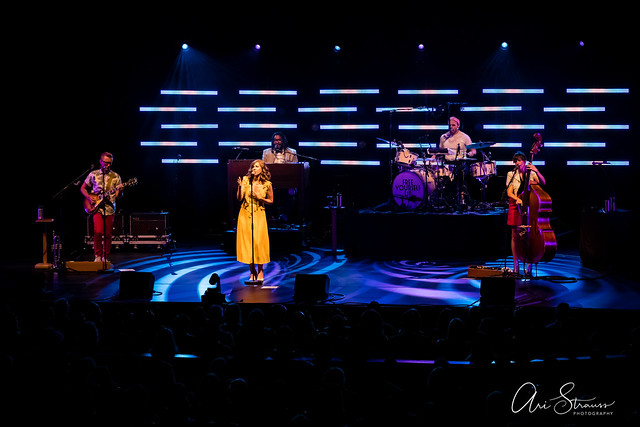 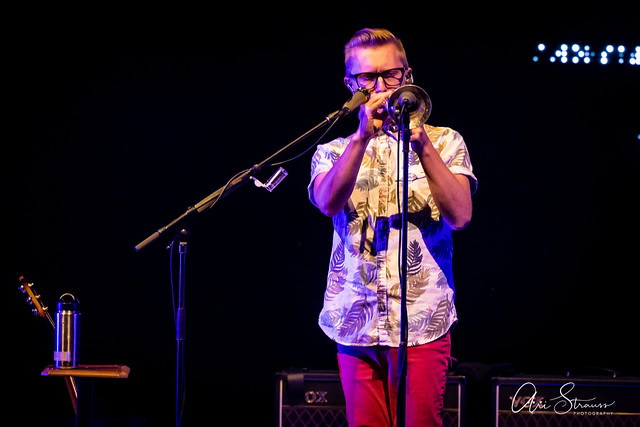 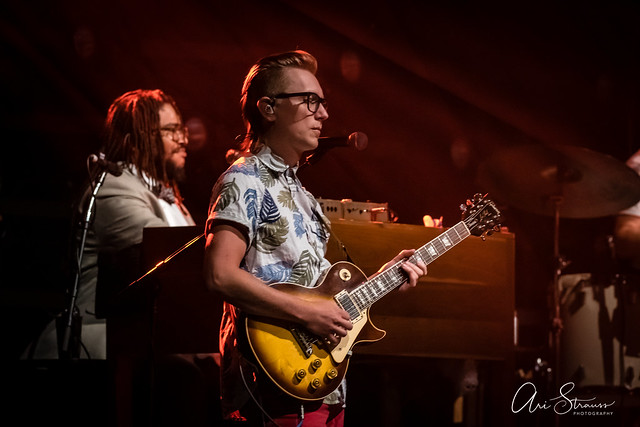 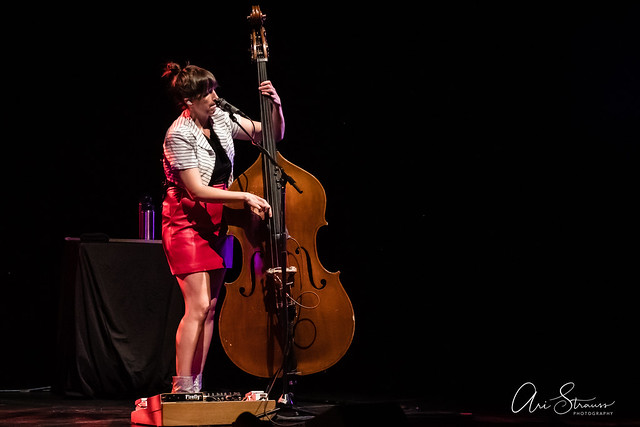 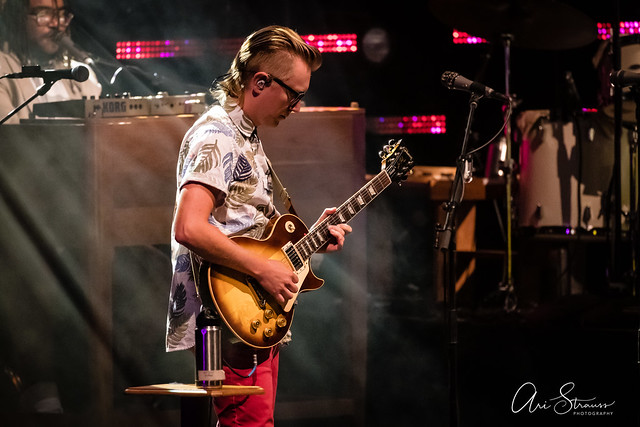 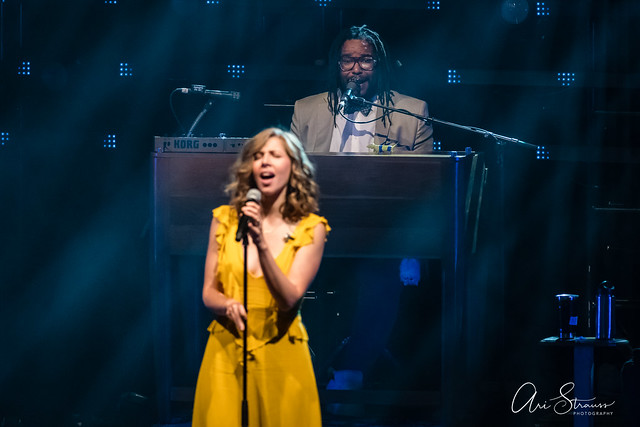 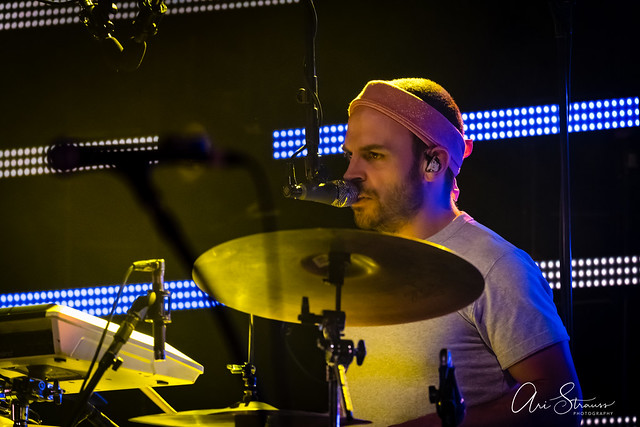 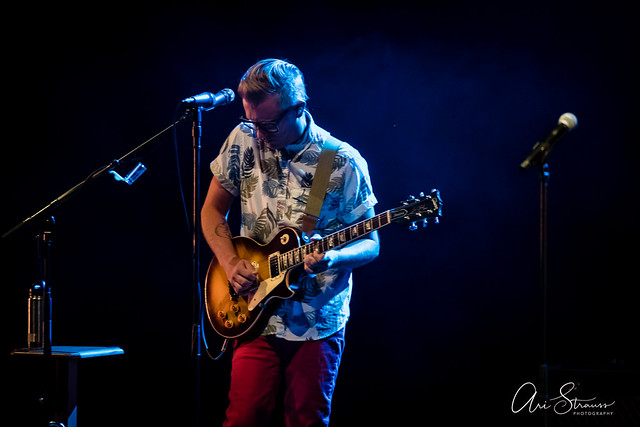 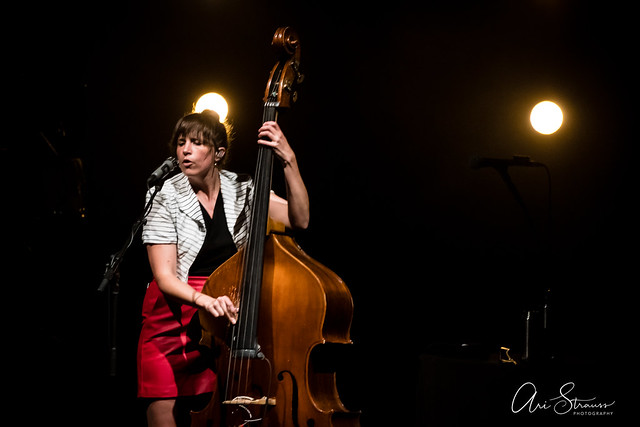 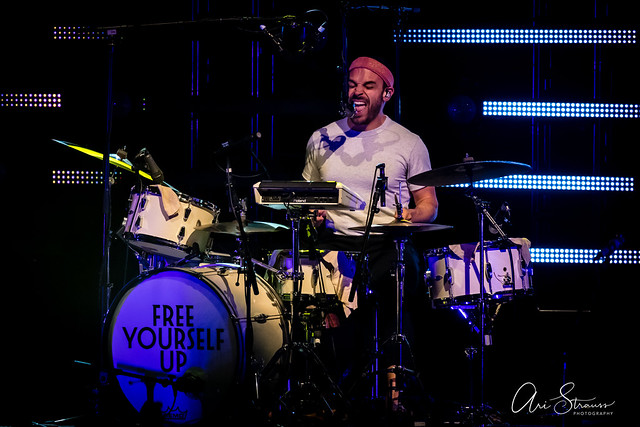 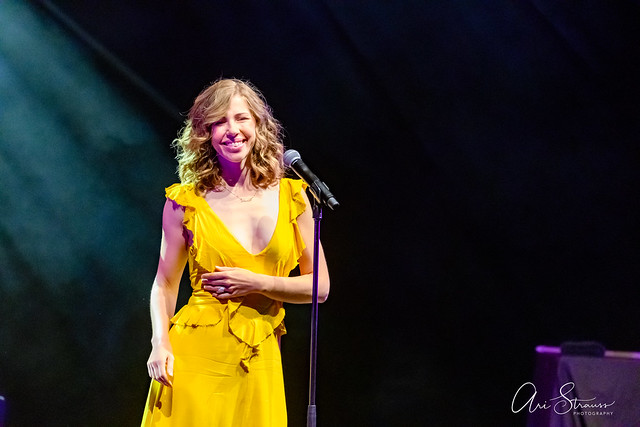 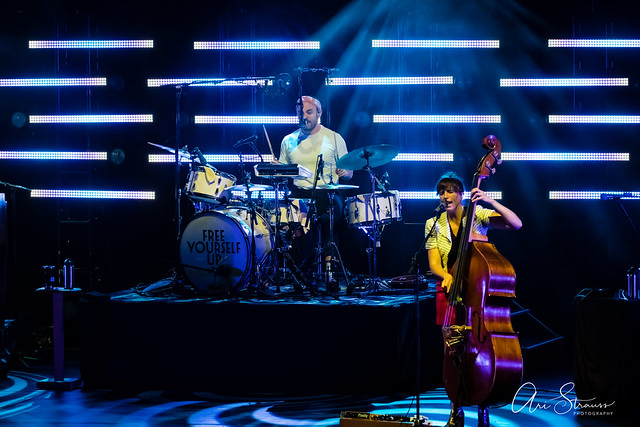 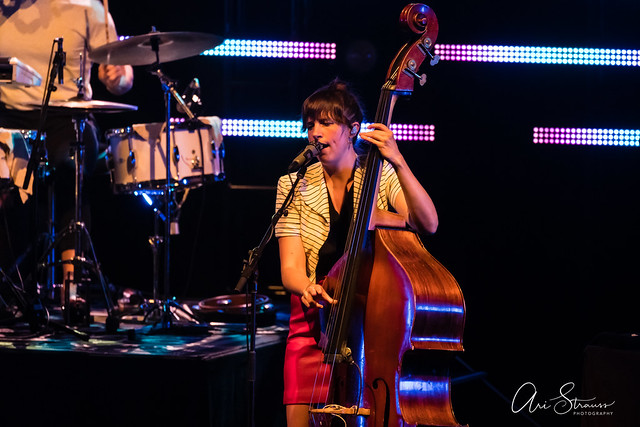 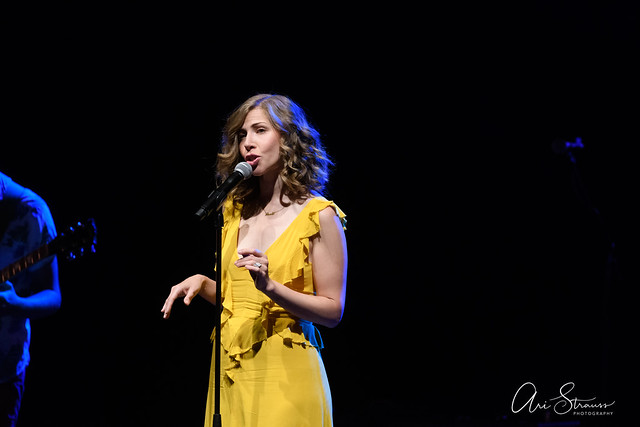 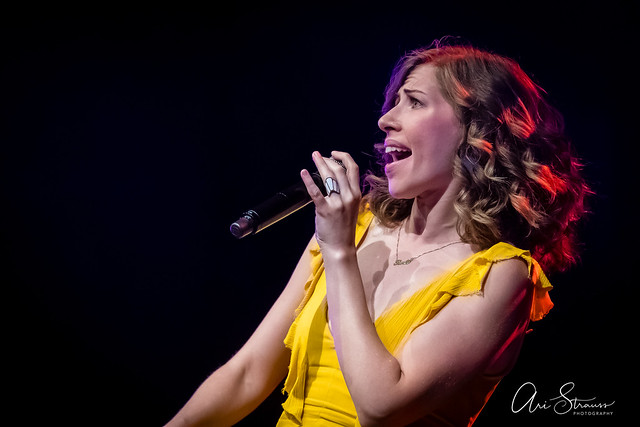