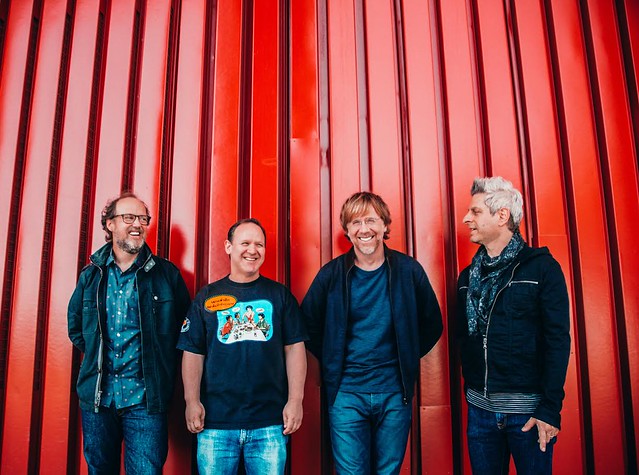 Phish hit the road for the summer on a 26-date tour that culminates with the band’s traditional Labor Day run of shows in Commerce City, Colorodo. Along the way, guitarist Trey Anastasio and company stop at Merriweather Post Pavilion on Saturday, June 22, and there are very few seats remaining!

“Phish headlined Sunday’s lineup at Bonnaroo. Unlike the band’s previous two visits to the annual festival held in Manchester, Tennessee, there were no special guests sitting-in with the band, who instead delivered a setlist made up of favorites from throughout their career, weaving together classics and newer numbers across two sets,” JamBase said.

“Phish — comprised of Trey Anastasio, Mike Gordon, Jon Fishman, and Page McConnell — has had some monumental musical moments both with the band and outside of the band since their last full tour in the fall in 2018,” Sam wrote.

“On Halloween night, Phish succeeded in executing one of the biggest pranks in the band’s 35-year-career at Las Vegas’ MGM Grand Garden Arena, presenting a ‘cover’ of ultra-obscure Scandanavian prog-rock album, í Rokk by Kasvot Växt, that turned out to be a collection of new original music written in character as the fictional band. Phish knocked it out of the park as they pulled off this stunt, executing 10 brand-new songs with precision and confidence. Those songs quickly entered the Phish repertoire during their ensuing NYC and Mexico runs in late 2018 and early 2019, respectively,” he added.

How amazing will the show at Merriweather Post Pavilion be?!