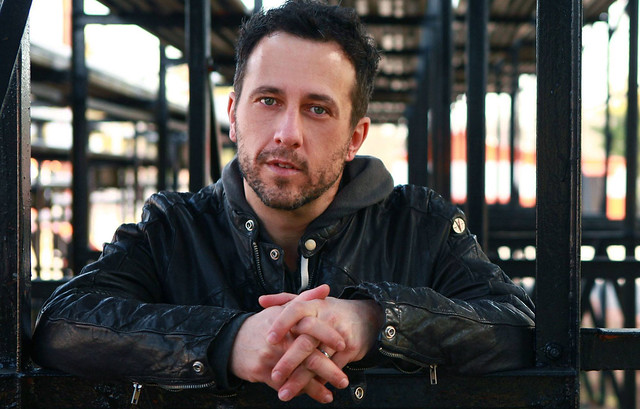 Will Hoge (Photo courtesy the artist)

Will Hoge delivered a rock ’n’ roll gut punch to The Hamilton Live recently. Putting on a dynamic performance as the second half of double bill with the Band of Heathens, Will expressed his frustrations as an American, a Southerner, and a progressive in a politically charged set.

On June 18, Will opened his set with “Mr. Barnum,” a meditation on old-timey showmanship and deception and its reflection on our current political situation. Shortly after, he sang “Rock and Roll Star,” a song about “rock and roll, and how fucked up it can be.” Sarcastically, remarked that DC doesn’t know anything about corruption or, as he enunciated it, pay-o-la.

With songs in particular off My American Dream, Will’s 2018 EP, the singer-songwriter pulled no punches, calling politicians whores of the NRA in “Thoughts & Prayers.”

Stream My American Dream by Will Hoge on Spotify:

“Desperate Times” got to the heart of the anxieties felt by many Americans, while “Small Town Dream” reminded the audience of a large slice of America that’s easy to forget about in DC. For “Small Town Dream,” Will switched from electric to acoustic guitar. The crushing riffs of the first half of the set gave way to a gentler, folkier sound, but one full of enough piss and vinegar to satisfy any punk. Singling out a fan in the audience and saying “This one’s for you, sir,” Will expressed his views on love and tolerance in “Jesus Came to Tennessee.”

Having reached about the midpoint of his set, Will paused to talk to the crowd for a few minutes while he strummed his guitar. He mentioned that he just started this run with the Band of the Heathens, and, while they weren’t with him that night (or so was claimed), he’d brought his sons on the road with him for the first time. Will gave them a 10% commission to work the merch table and now they want to quit school, he said. They have to at least finish eighth grade because, he said, “That’s how we do it in Tennessee.”

Will’s older son, he shared, plays the trumped. When his son decided to play the trumpet, Will found a guy in East Nashville who plays sax to teach him to play it so that he could audition successfully. Will’s son got so good, though, that the band director put him on the euphonium. Will’s reaction was, “What the fuck is a euphonium?” But Will says it’s going well, and girls are starting to notice his son. One day, his son said, “Daddy, I sometimes get the feeling that girls like guys who play instruments.” Will looked straight at him and sad, “Son, that is the only reason you’re here.”

On Tuesday night, Will included just as much as personal as political material in his set. “Hard to Love” opened with a driving guitar intro, and he delivered “Cold Night in Santa Fe” from the piano. Following his rambling talk at the midpoint, Will played “17,” which he described as “a song about falling in love with rock and roll.”

With “Young as I’ll Ever Be,” Will bridged the between the personal and the political. A song about a couple in love facing tough times, he introduced it by whispering, “I’m going to tell you a secret. I believe that things are getting better.” Deep down, all of Will’s righteous indignation comes from a deep in America and a faith in the goodness of his fellow man.

Will’s rendition of his “When I Get My Wings,” a piece of pure blue-eyed gospel soul, also drove home the extent of Will’s faith. The song began with just Will singing, accompanying himself on electrical guitar. He stepped away from the mic to belt out the song, and he had the crowd’s full attention.

Suddenly the room went silent, backs straightened, and drinks were set down, as the audience instantly focused on Will’s voice. Well into the song, the rest of the band joined, one instrument at a time, after Will had gone back to the mic.

Will mixed it up for the last bit of his set. He played another song about the challenges of love, “Even If It Breaks Your Heart.” Will recorded “A Little Bit of Rust” with Sheryl Crow. Fittingly, he closed his set with singing “’Til I Do It Again.”

Despite the earlier secrecy, Will let the cat out of the bag that the Band of Heathens would join him later in the show. “Oops,” he said. “I spoiled the surprise.” Following a standing ovation, they came to out together, and they played the well-chosen Traveling Wilburys classic “Handle with Care.” The song was an excellent choice for a large ensemble, and they had the song down.

In an earlier day, Will Hoge would just be called rock ‘n’ roll, and damn fine rock ‘n’ roll at that. But the core of mainstream rock has hollowed out, and almost anything with bite — with real substance — has been pushed to the margins. The focus gets put on the “roots” rather than the “rock,” and anything with twang is country-rock — or alt-country if it expresses ideas the least bit controversial.

Maybe these labels apply to Will Hoge. But the simple truth is that he rocks hard, he writes compelling material, and the man knows how to perform. Call it what you will, but Will Hoge puts on a quality rock concert.