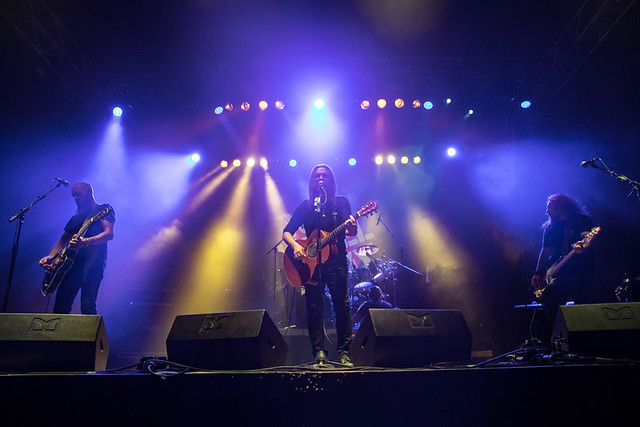 English rockers New Model Army performed at Wave Gotik Treffen in Leipzig, Germany, for the goth festival’s most recent edition, and Paivi Salonen was there to shoot the post-punks.

Justin Sullivan and company last released Winter, the band’s 14th studio album, in 2016. New Model Army will release From Here, a new studio album, on Aug. 23. The band has extensive European Tour dates in the fall, and we would expect to see them in the United States in 2020.

When announcing From Here, New Model Army released a statement about the making of the record, explaining that they went to Norway to record it:

“We have often heard it said that the album is dead. We don’t believe this is true; because if you study what people actually watch, while much of it is short hits and Youtube clips, they also love long series that create a particular atmosphere and entry into another world in which they can submerge themselves. Since Between Dog and Wolf, we have tried to make records that work in the same way.

Only this time we’ve gone a little further. From Here was mostly written in just two months and recorded in only nine days. It has a particular sound and a particular atmosphere that we hope draws people in. We decided to work again with Lee Smith and Jamie Lockhart, with whom we have developed a productive relationship over a few years, and they persuaded us to leave a lot of the details of the music to the spontaneity of the moment, and to go to what is probably the most beautiful recording studio in the world, Ocean Sound Recordings on the tiny Norwegian island of Giske, and let the place do its magic.

We all have different lives and different tastes in many things (including music). One thing we have in common is the love of bleak, open, cold, rugged landscapes — water, snow, and rock. So this was the perfect place for us to create something collectively — at all times while we were working, we could see through the windows the sky, the sea and the melting snow on the mountains, all in a constant state of change. No environment has had such an effect on the band’s music since we discovered the Sawmill Studios in Cornwall and created Hex, Thunder & Consolation and Impurity there thirty years ago.

So this album has a feel that is different to our other albums, but it still contains all the elements that characterise our curiously unidentifiable music – perhaps even more than ever. And From Here was an obvious title. The record belongs to a very special place and also a particular time — what is happening in the world now and where we are as a band and as people.”

In concert at Wave Gotik Treffen on June 8, New Model Army drew songs from across the band’s catalog, touching on Winter with the title track and “Born Feral” and Between Dog and Wolf, opening the show with “Stormclouds.” The band touched upon seven other albums throughout their concert.

Here are some pictures of New Model Army performing at Wave Gotik Treffen on June 8, 2019. All photos copyright and courtesy of Paivi Salonen. 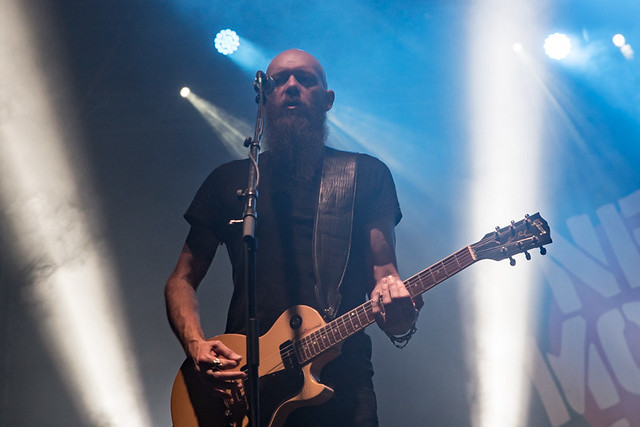 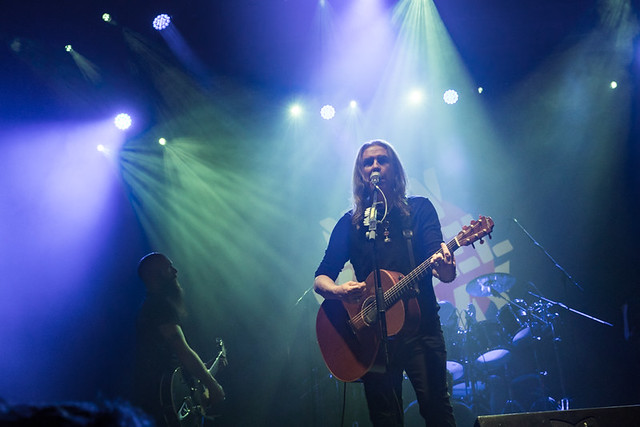 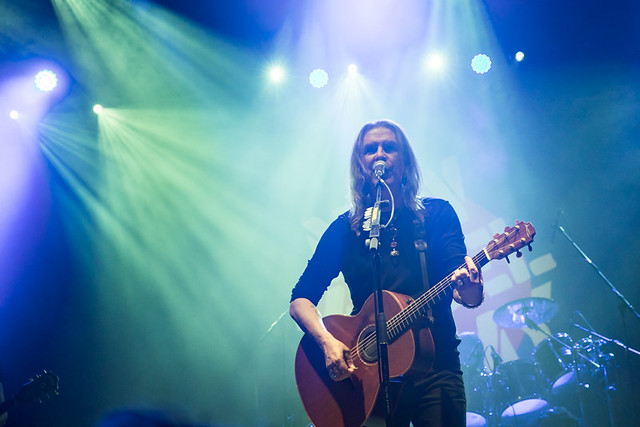 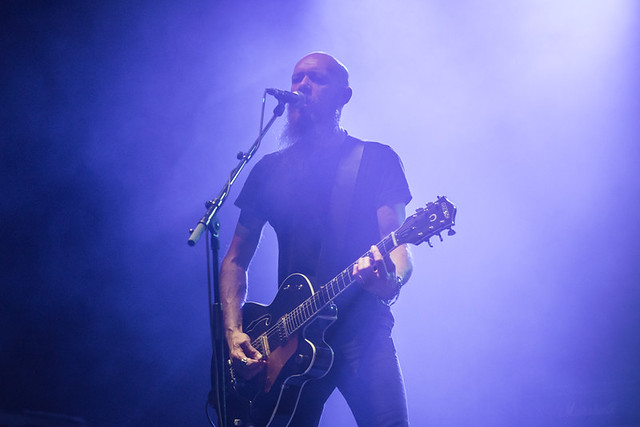 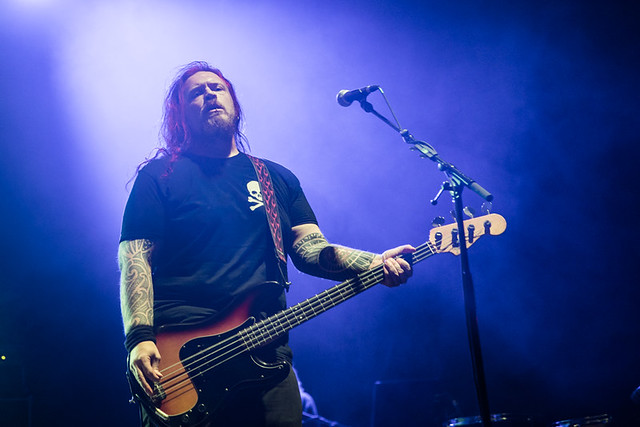 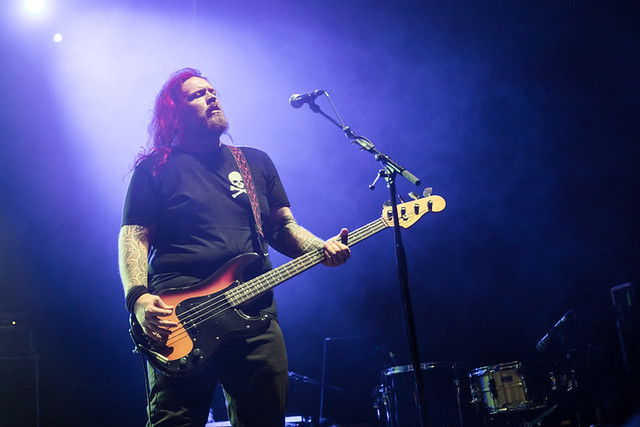 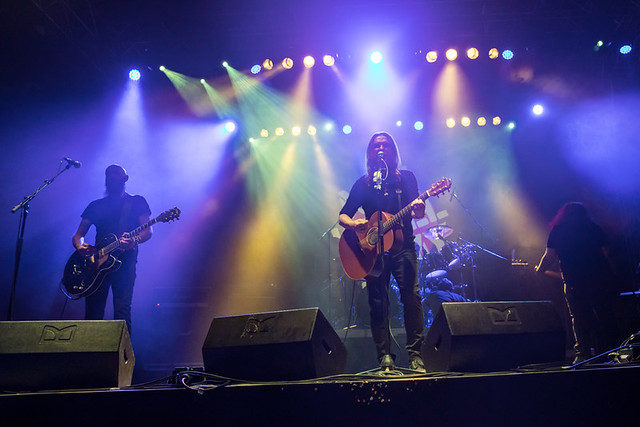 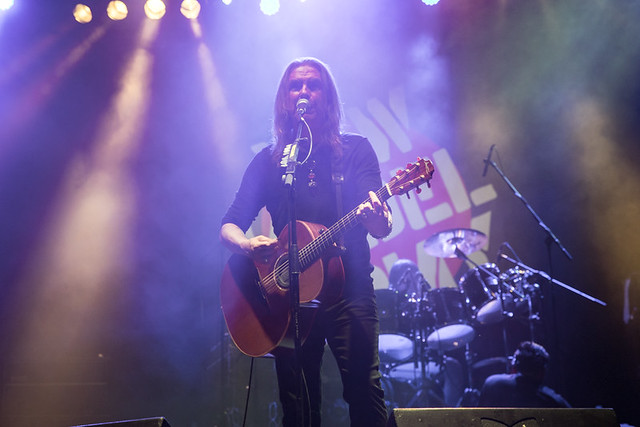 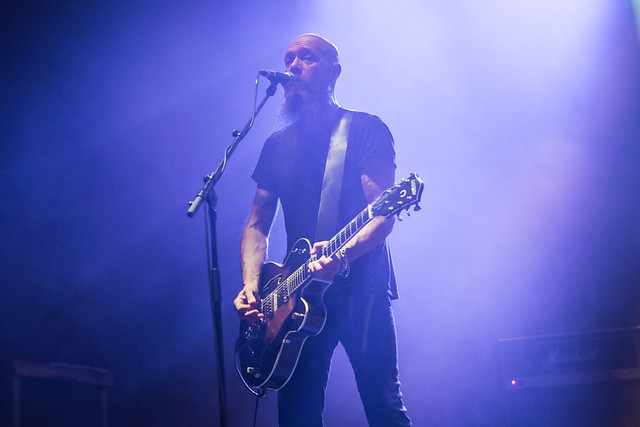 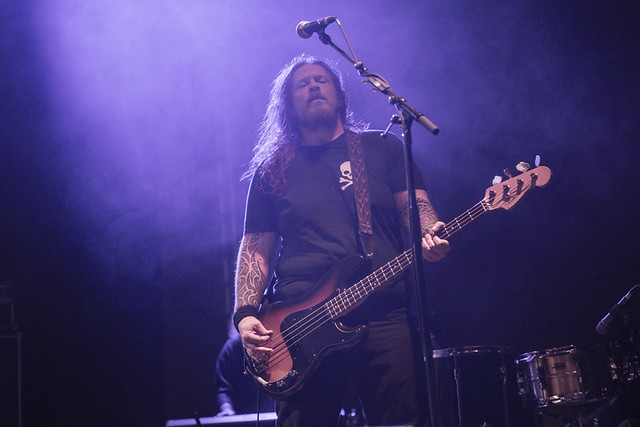 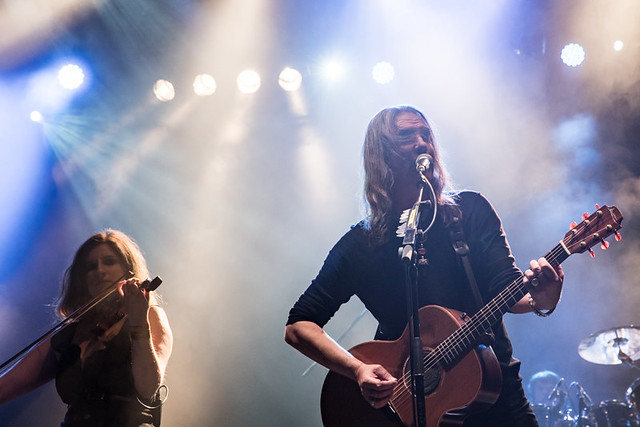 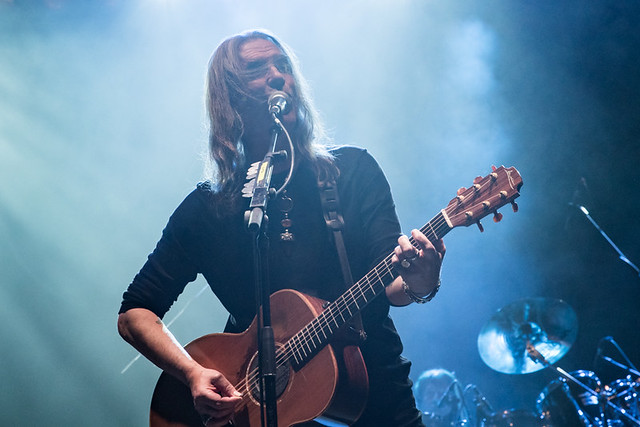 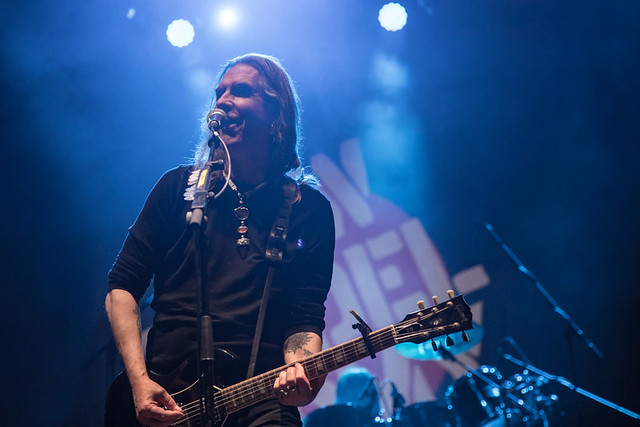 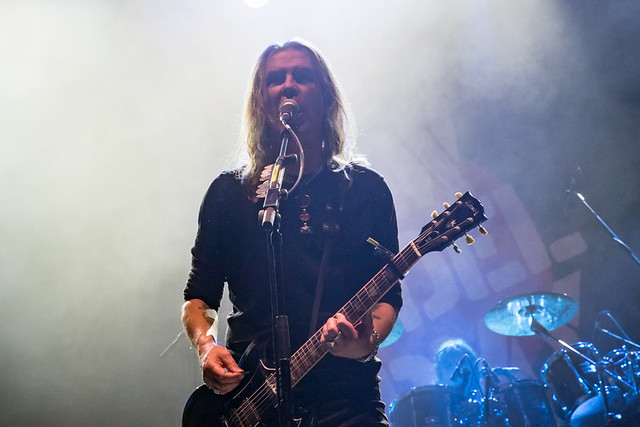 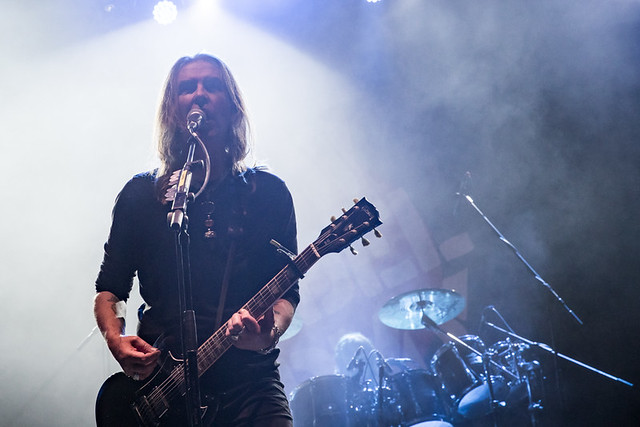 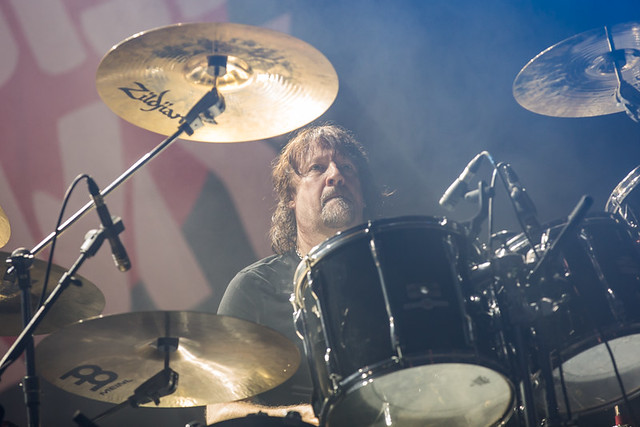 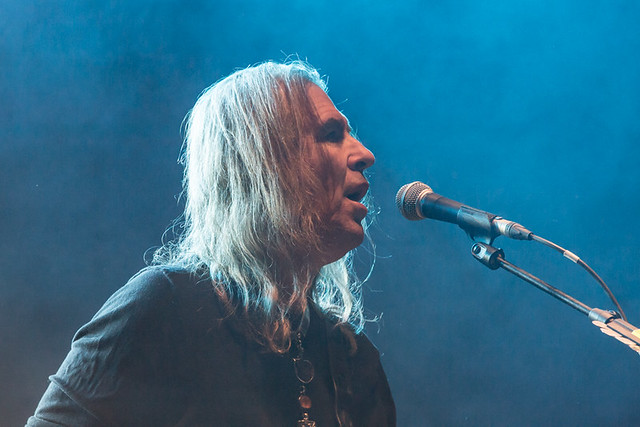 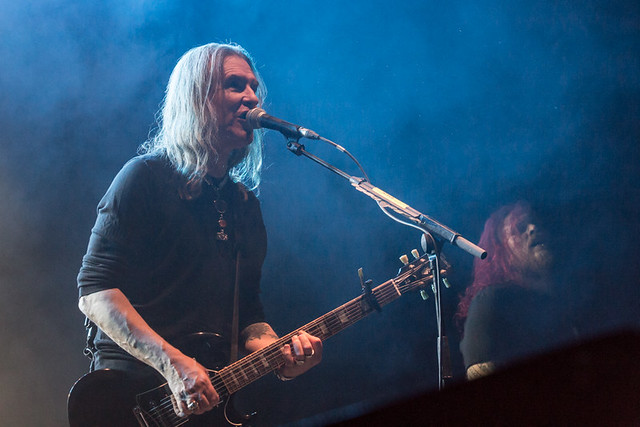 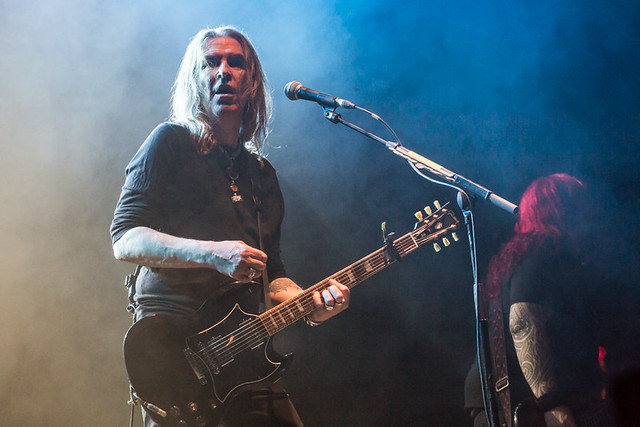 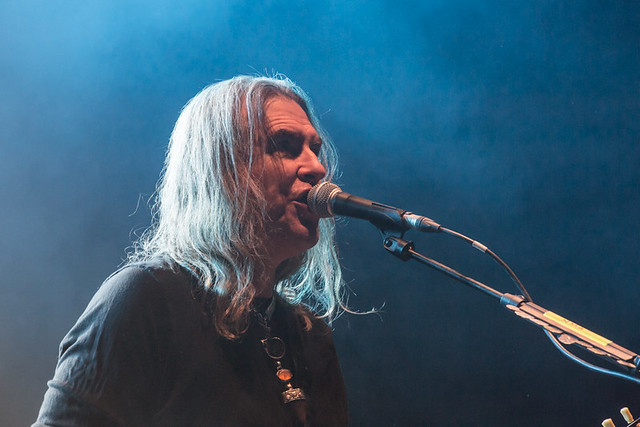