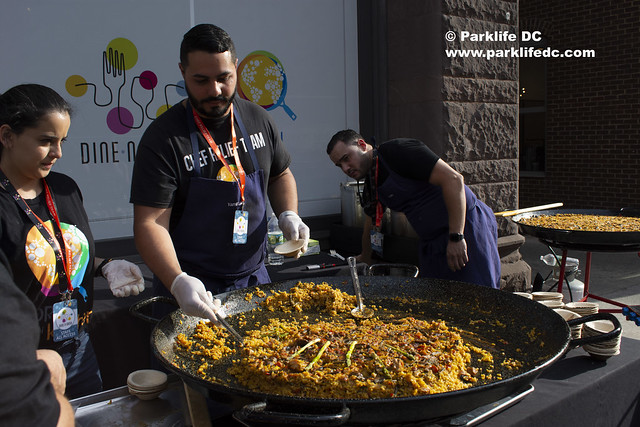 As ever, this event was a lot of fun, and everyone left with full tummies and high spirits.

This year, Parklife DC experienced the VIP offerings for the Dine-N-Dash event in Penn Quarter and The Wharf — and boy was it worth it!

First, a quick reminder of how this event works. You pay to go to more than 30 restaurants in one evening. If you buy a regular ticket, you have about four hours to visit them all. Doordash sponsored shuttles that would take you from one neighborhood to the next. In our blog’s experience over the past few years, however, a better time awaits those who make a plan and limit their experiences to one neighborhood. VIP provides you an early start with a pre-reception and an afterparty which ran til last call.

For VIP this year, folks checked into the National Union Building, where World Central Kitchen took over with displays and information about its relief efforts. On June 12, José and other WCF staff were on hand to chat with folks about the nonprofit’s mission and to educate those interested on its recent trips to disaster-stricken areas. You could sip a cocktail while wearing a VR headset that would put you in the middle of one of those relief missions, as hungry children run up to you in virtual reality for a meal being served by World Central Kitchen.

From the National Union Building, Parklife DC planned a path through Penn Quarter this year, and the neighborhood included two VIP stops that really were worth your while. We began at José’s Zaytinya, where we enjoyed some wine and world music, prior to skipping to Boqueria.

Boqueria offered delicious roast pork that made it well worth the stop! 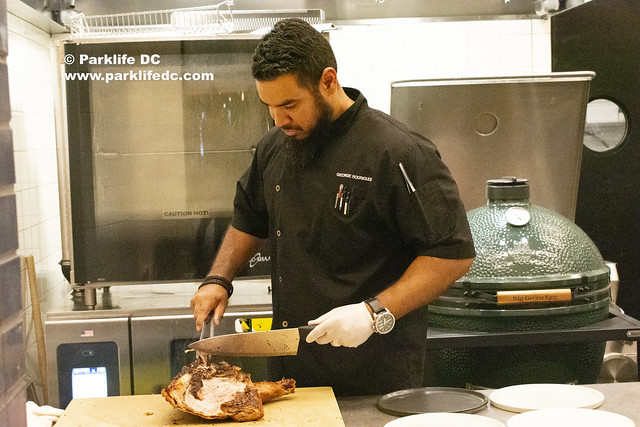 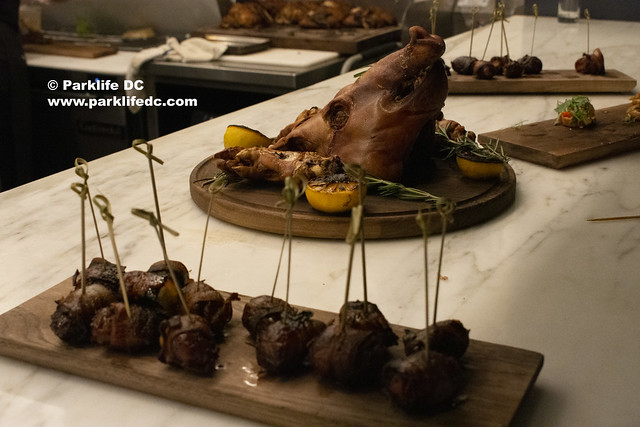 Next, it was off to Cuba Libre, which was the rare Penn Quarter restaurant to dedicate its entire space to Dine-N-Dash for the evening. Patrons enjoyed a buffet, an open bar, and salsa music in the delightfully old world space.

Cuba Libre served up a delicious boneless leg of lamb, accompanied by mint mojo, as well as enchilado de pescado in a pan. The enchilada consisted of mahi mahi in enchilado tomato sauce, and it was accompanied by yellow rice. A very clever dessert display featured chocolates and cheesecake in classic Cuban cigar boxes. 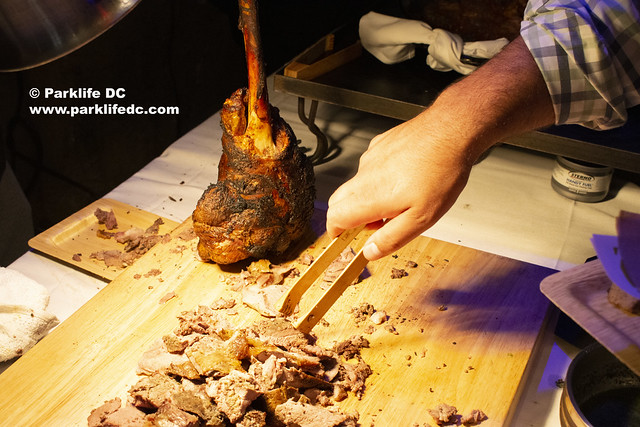 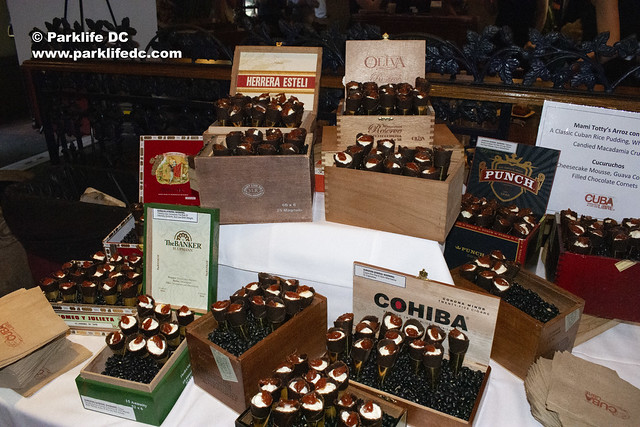 Crimson, the Southern-themed bar in the Pod Hotel, was a worthy next stop, particularly for the cocktail stations along its expansive downstairs bar. Biscuits and deviled eggs awaited hungry diners while a country band put us at ease. 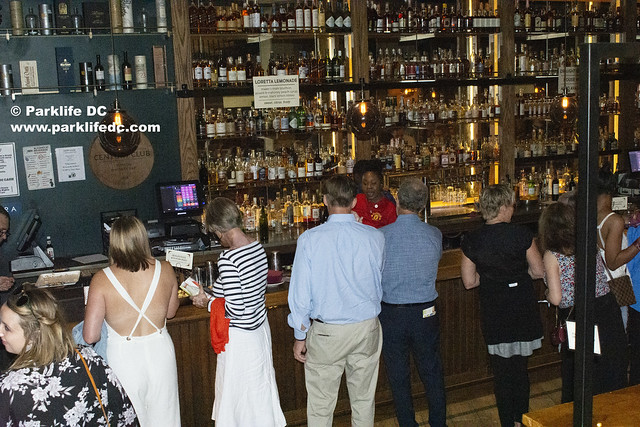 Next, we hit our first VIP stop. Wine bar Flight was dedicated entirely to Dine-N-Dash, and it was a VIP-only stop. The bar set wine stations around its romantic room and served up small bites to accompany those wines. The meatballs, needless to say, were a hit, as were the many European and South American reds offered by Flight.

Because it was VIP only, there was quite a lot of elbow space. The place was comfortably full but it also offered a wonderful opportunity unwind. Similarly, a few stops later, VIP-only Denson Liquor Bar provided seating with upscale cocktails to VIPs requiring another respite. 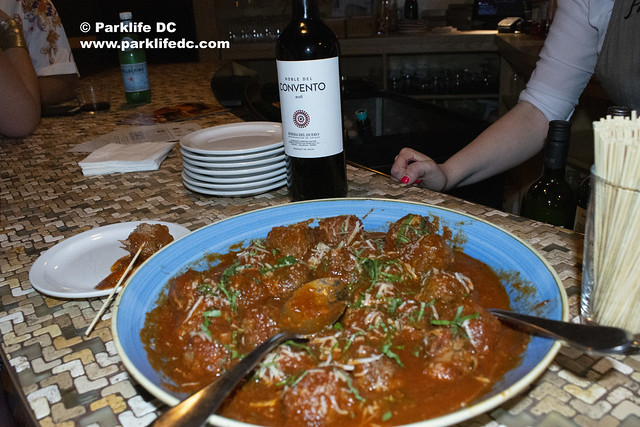 After visiting Bar Deco, Parklife DC found itself at Bantam King, which was a very popular stop! The crowded Japanese kitchen was serving its signature fried chicken and small bowls of ramen, along with tasty french fries. And you were greeted by a cocktail station upon entry into its crowded space! 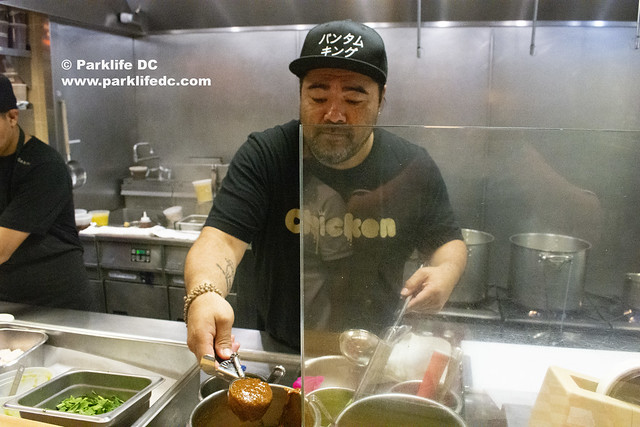 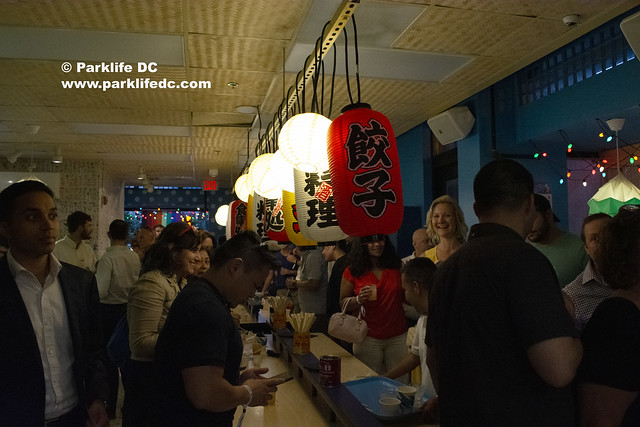 Soon, we whisked away to The Wharf to explore the Dine-N-Dash experience for the southwest waterfront’s first year in participating in Dine-N-Dash. As you might imagine, restaurants like Kith and Kin and Delmar allocated a small space to Dine-N-Dash participants, offering an open bar and small assortment of food.

The Wharf also was the site of the VIP afterparty, where World Central Kitchen, MGM National Habor, and Union Stage threw a big shindig styled as a Prohibition-era cocktail lounge. Drinks flowed freely at the well-attended bash, where bands played and José Andrés delivered some brief remarks. José thanked revelers for their support and described World Central Kitchen’s basic philosophy.

“We don’t meet. We don’t plan. When people are hungry, we show up and we cook. We don’t care if you’re Republican or Democrat. We want your support,” he said. 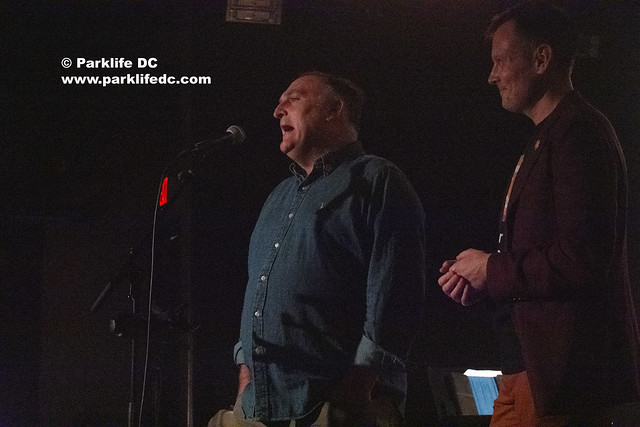 We close out our review with a few pictures of Drum City, which opened the VIP party with a great mix of swing and jazz originals and classics.

See you at Dine-N-Dash next year? For information, stay tuned to World Central Kitchen at the nonprofit’s website. If you cannot wait for next summer, you can find other ways to support the kitchen’s goal of feeding the hungry and displaced. 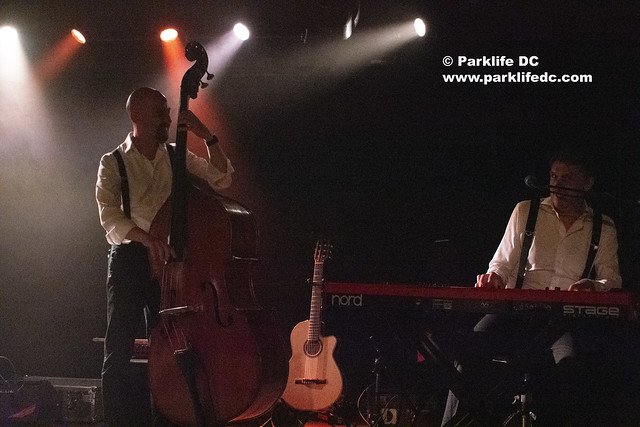 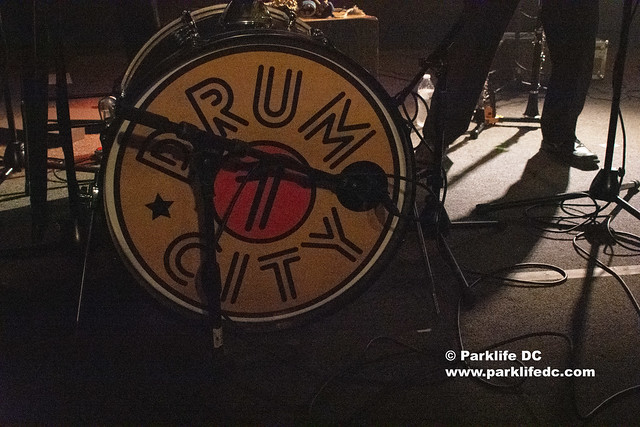 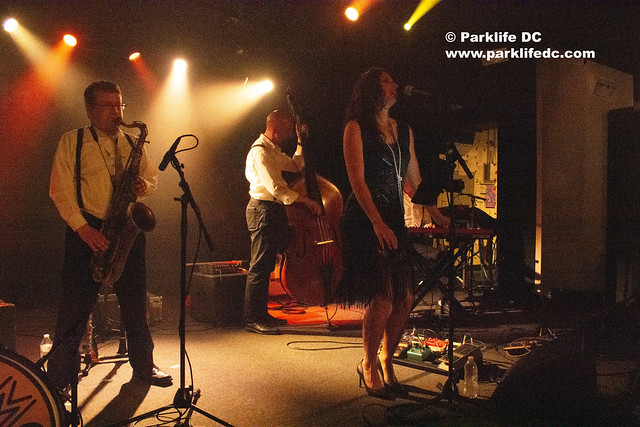 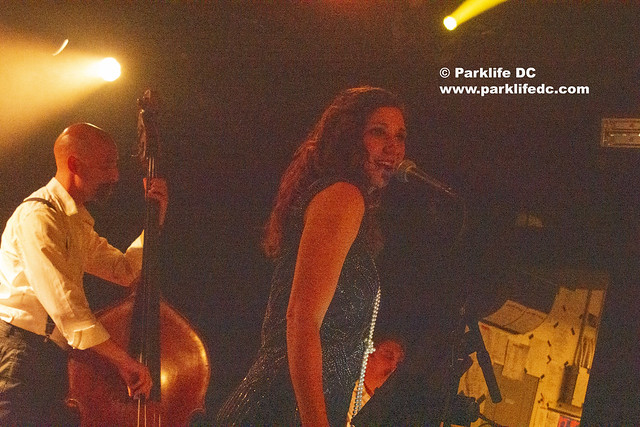 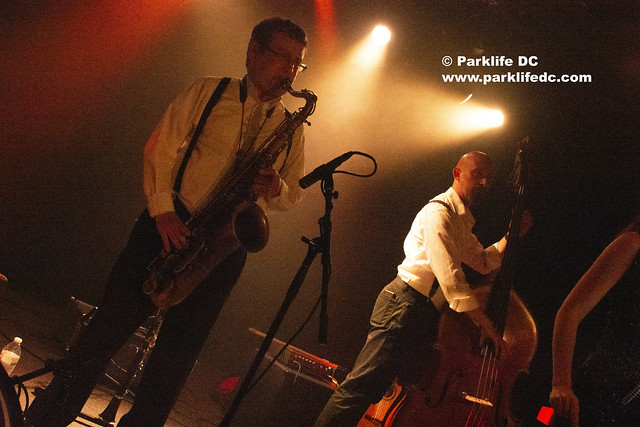 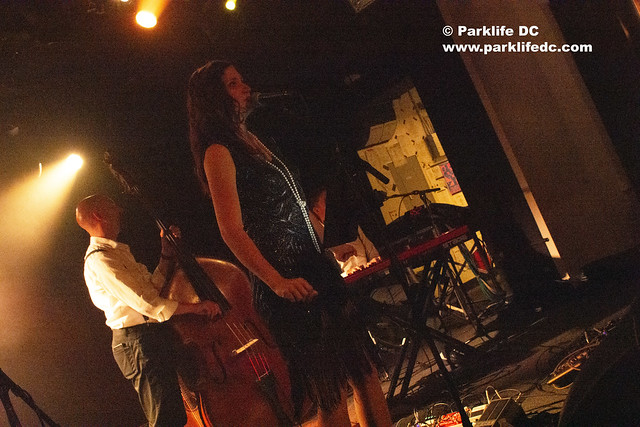