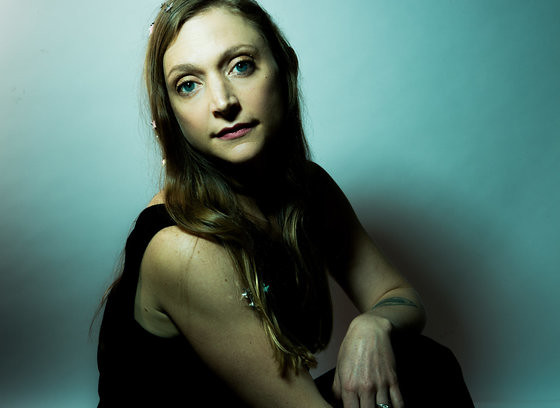 Americana singer-songwriter Eilen (pronounced ee-len) Jewell’s music mixes the influences of classic country and blues. On her last album, Down Hearted Blues, she covered a dozen classic tracks from that genre. She’s releasing a new album of original songs, Gypsy, next month.

Eilen will perform in Mason District Park on Sunday, July 12 at 7:30pm. The concert is sponsored Fairfax County and is free and open to the public. Parklife DC’s Mark Engleson caught up with Eilen for a chat prior to the show.

Mark Engleson: Hello Eilen, this is Mark Engleson with ParkLife DC. How are you this afternoon?

Eilen Jewell: I’m doing well. How about yourself.

MJ: Good! Did you have a good Independence Day?

EJ: Yeah. Back at work, though. On the road and heading out to our first show on the tour.

MJ: Where are you out of?

MJ: I remember now, reading that you’re from Idaho. Your number came up as Massachusetts.

MJ: That sounds like a really nice day for the family. So your publicist shared with me your new album, Gypsy. Do you want to talk about it a little?

EJ: So far, it’s my favorite album of mine that I’ve made. I had a great time putting it together. It’s not always easy to make an album. It’s not always fun. But this one was definitely a pleasure to put together. I felt like I was ready for it. It was time, and it all came together very nicely. I wish they could all be so easy and fun.

MJ: I hear that making records is often done on a schedule that’s not set by the artist.

EJ: We don’t have a strict contractual obligation with our label, but there’s pressure. There’s pressure to create that’s not creative itself. It’s not internal, necessarily. In recent years, I’ve been able to turn off that pressure, I think, and just accept the fact that it’s going to happen when it’s time — that I’m going to create when I feel ready to create, and it’s all going to work out.

EJ: [Laughs] I’m a hopeless optimist, which is a strange thing for me to admit, because I’m also very cynical. But I’m not pessimistic, and I think there’s a difference. I think I’m cynical and optimistic at the same time. In the face of all evidence to the contrary, I can be extremely optimistic. I think it’s a defense mechanism, honestly. Eventually you realize that you’re right, you have no choice: negativity doesn’t do anything.

ME: I wonder if some of your doubts, things of that nature, get exorcized through music. You have an album you titled Queen of the Minor Key, so there is this sorrowful undertone in there. Do you view music as therapeutic?

ME: What are the sorts of things that cause you fear and anxiety? Having a kid, is a lot of that for you about being a parent?

EJ: That’s a huge part of it. Before our little girl Mavis came along, I managed to be very cavalier about most things. Since she came along, it’s been pretty fascinating to explore this other side of myself, this very anxious person, that I didn’t really know was possible in me. I’m sure I would have a lot of these anxieties if I had a little boy, but having a little girl is really something, especially with who is in the White House right now, bragging about his mistreatment of women. It’s hard for me to reconcile that and say to her honestly, “This is a good world.”

I have so much to lose now. I am so deeply in love with this little person. It’s not that I didn’t have anything to lose before, but she’s made see how much I have, how blessed I am. Once you get a taste of that, it’s hard to even think about losing her. I’m a much more grateful person, though I’m also much more fearful.

ME: Just getting to be school age.

EJ: She’s going to start kindergarten in August. Next month, I can’t believe it.

ME: I imagine you have anxieties about how, you being musicians, that’s all going to shake out, with her needing to be settled for school.

EJ: That part of it I feel like we’ve come to terms with. We did an experimental little trial run last school year. She was just in preschool, so the stakes were pretty low. If we did have to leave and make money on the road, we could just leave preschool and go do that. It worked out really well. We managed to tour by the public school calendar as a little practice run. It was fun. I actually kind of like having the structure.

ME: Sometimes the things that add constraints to our lives end up creating the structure we need to make to sense of it.

EJ: There’s a sense of things now. It used to be that we would always be on tour or coming back from tour. There was not really a rhyme or reason to when we’d go out and when we’d be home. Now, there’s kind of a natural rhythm to things. I think the only time there’s going to be much of a tug of war about it now is that we’re not sure how important things like summer camp are going to be for her. I was really into summer camp when I was a kid, really into the outdoors. If I were in here shoes, being gone all summer in a van sounds like hell. So far, it’s all she really knows.

ME: I am curious about one thing about the new album. You named the title track “Gypsy.” Did you have any concern with things being as oversensitized as they are about using that term?

EJ: Yeah, definitely. Nowadays, if you say anything, there’s going to be what I refer to affectionately as the “offense archaeologists,” who will go digging and find ways to be offended by anything. I did think about, and then thought, honestly, if anyone cares to engage in dialogue with me about that… the context of the song is more of a flight-oriented song. There’s a lot of bird imagery in the song. I was thinking of it more like the way peregrine falcons are referred to as being gypsy-like.

I don’t know what to say about that. We got our first taste of the offense archaeologists with our previous album of blues covers. Of course, it opened up a lot of controversy about whether I’m allowed to sing the blues. I think to be alive is to inevitable offend. I don’t mean to. I’m sorry, but I’m going to say what I say and do what I do, and hope for the best.

Stream Down Hearted Blues by Eilen Jewell on Spotify:

ME: You’re going to be in the Mason District Park in Annandale, Virginia, on July 12. Being a subway surfer, I don’t make it out to Fairfax County often, so I’m looking forward to getting a chance to see a part of my backyard that I just don’t get out to much. Is this a new place for you?

EJ: We played there once before. I can’t remember if it was last summer or the summer before. Jason’s saying last summer. It’ll be fun to come back. Last time we saw fireflies, which is always a treat for me, because we don’t have those out West, in Idaho.

ME: The parks here are wonderful. They do a great job with them.

ME: Are you headed anywhere new on this tour?

EJ: That’s a really good question. We will be going to a new place in Philly the next day after Annandale, the Locks at Sona, it’s called. We’ve never played there. We’ve been to all these cities before on this tour, but there’s a few new venues.

ME: Are you guys hugging the East Coast?

EJ: We will be for a little while. Actually, we’re going inland on Monday. We’re going to Columbus, Ohio, and Cleveland, and Pittsburgh, and then we come back east. The we kind of swing out through the Midwest a little bit and come back east pretty quickly.

ME: Eilen, it was great talking to you. I’m going to let you get back to enjoying another day with your family before you go on the road.

EJ: Thanks for chatting with me.